The Most Famous 70s Cars and Iconic 1970s Automobiles

A dark cloud hung over British car manufacturing during the 1970s. The industry lacked direction, companies like British Leyland stumbled from one disaster to another, there was a global oil crisis and there was strike after strike. But, out of the funk, there were some fantastic globally-produced motoring classics, a handful of outstanding British cars of the 1970s as well as some truly memorable 70s American cars. Read on to find out which ones we think are the best.

The 1970s was a decade of change. Music, fashion and design upped the ante. It was a time of self-expression over conformity. Sharp suits were replaced by flares and wide purple ties, The Beatles were replaced by Bowie and The Jam and car makers replaced chrome grills and sedate wood and leather interiors for matt black grills, plastic fascias and American ‘Coke bottle’ styling. Here are the best 1970s cars.

The Best British Cars of the 1970s

The best-selling of all British 70s cars was the Ford Escort. It was a good-looking car that ticked all the right boxes for the modern family. However, it didn’t give you that unique fizzy feeling you get when you see something truly special. These cars did… 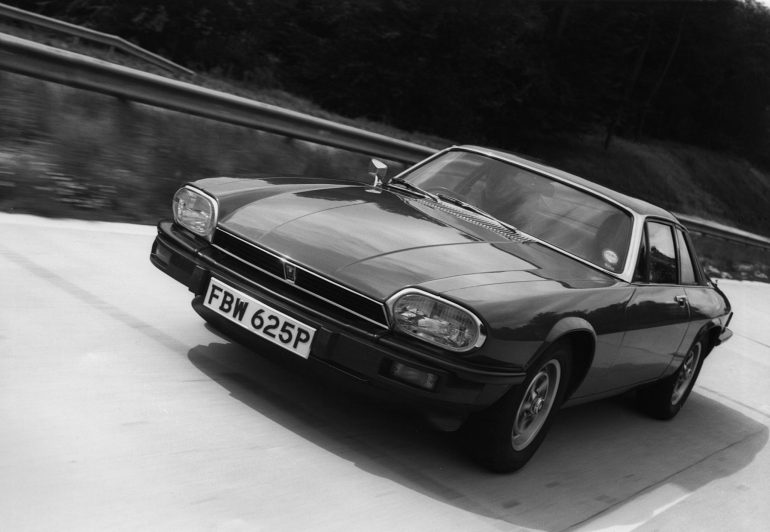 A 1975 Jaguar XJS on the road (Photo: Heritage Images via Getty Images)

Replacing the E-Type was a nigh-on impossible task, but Jaguar did it. Designed as a luxury grand tourer rather than a true sports car, the XJS was launched amid a global fuel crisis – so the take-up of a 5.3-litre V12 was slow to begin with. However, with effortless style and seductive appeal, it was one of the best British cars of the 1970s.

In the 1960s and 70s, the automotive performance bar had been raised by brands such as Lamborghini and Ferrari. Aston reacted to the tune of a 432hp, 5.3-litre V8, outgunning the Countach and the Boxer to 100mph. The first Aston to use alloys instead of wires, for a time it was the fastest production car in the world. 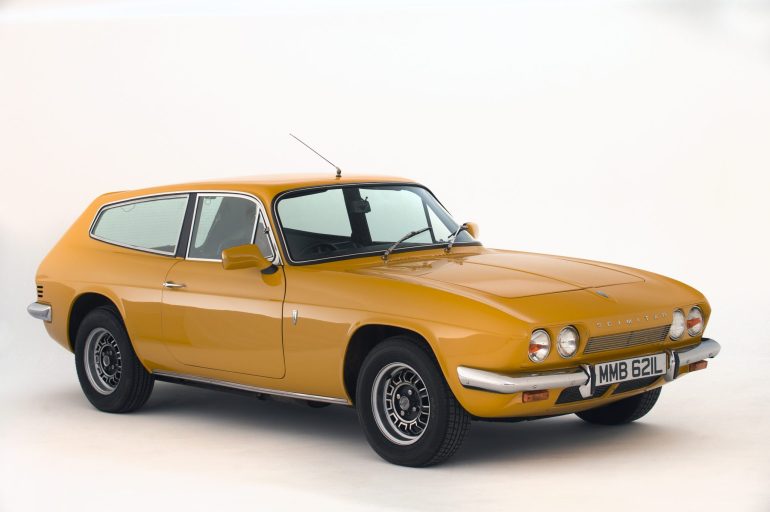 The curious mix of sports car and estate car made the GTE a ‘Marmite’ motor, but this largely forgotten gem was one of the coolest of all 1970s cars. It had lots of space, plenty of pace and a touch of grace. It was paid homage to by no less than the estate version of the utterly beautiful Volvo P1800.

The first convertible from TVR, the 3000s was one of the funkiest British cars of the 1970s. The company only produced 258 of them when the demand for two-seater open-air sports cars was deemed to be on the wane. However, with a fantastically throaty Ford Essex 3-litre V8 under the bonnet, it could hit 140mph and was under six seconds to sixty. Fast, underrated and cool, just like the 1970s.

These dramatic drag strip dominators are as in demand today as they were fifty years ago. As with many of the best 60s cars, these heavy-duty 70s American cars were the epitome of raw power and organ-shifting torque. Every manufacturer wanted to build the biggest, noisiest, baddest car out there. The horsepower battle was well and truly on. Muscle cars of the 1970s were the true kings of the roads and here are the baddest of them all. 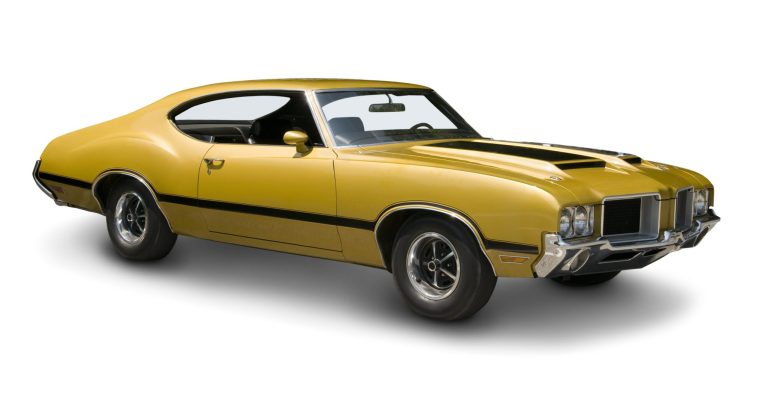 An all original Oldsmobile 442 muscle car from 1970 (Photo: schlol via Getty Images )

The ‘ultimate Olds’ was a seriously powerful motor and one of the best 1970s cars built in America. It had a hardcore 7.5-litre V8 engine with 370hp and the holy trinity – unbelievable torque, rapid acceleration and incredible speed. The W-30 package with an extra 5hp and a four-speed manual gearbox was the crème de la crème. 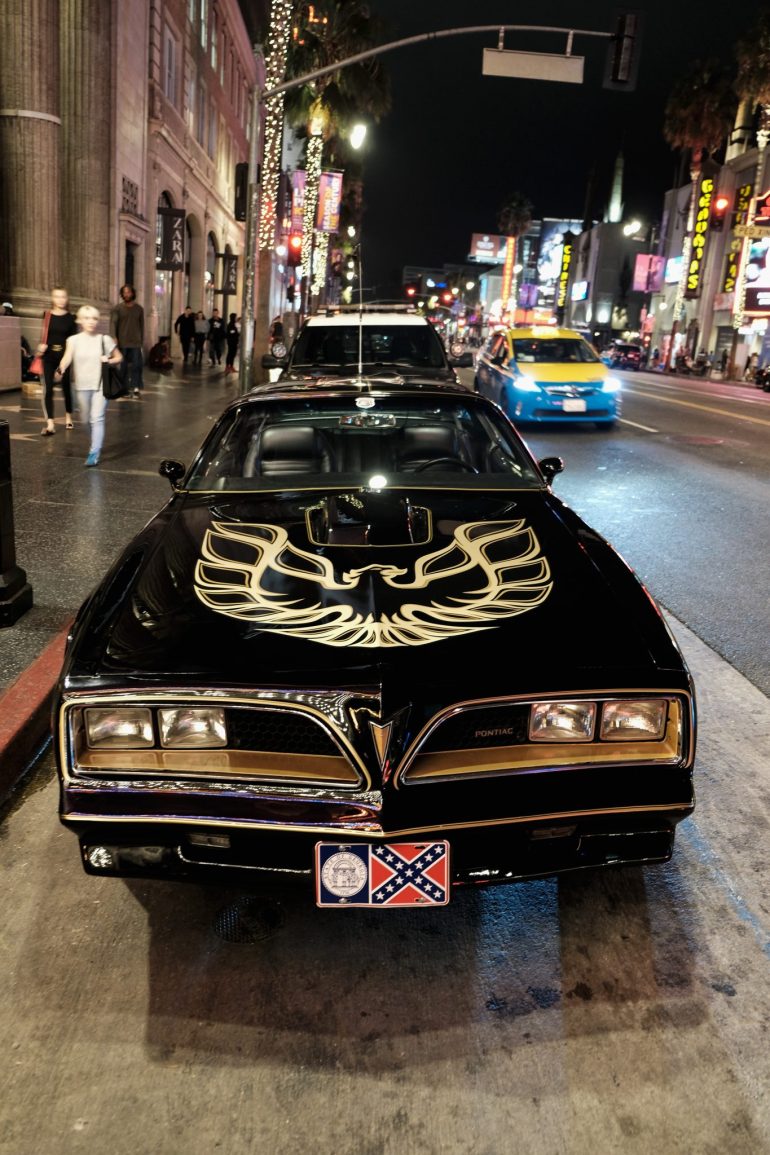 The Pontiac Firebird Trans Am from Burt Reynold's film "Smokey and the Bandit"(Photo: Sarah Morris via Getty Images)

One of the most iconic of all 70s American cars, this was the mighty machine with snowflake wheels in which Burt Reynolds tore up the southern US in Smokey & The Bandit. With a 0-60mph time of a shade over five seconds, Car & Driver magazine called it a ‘hard muscled, commando of a car.’ 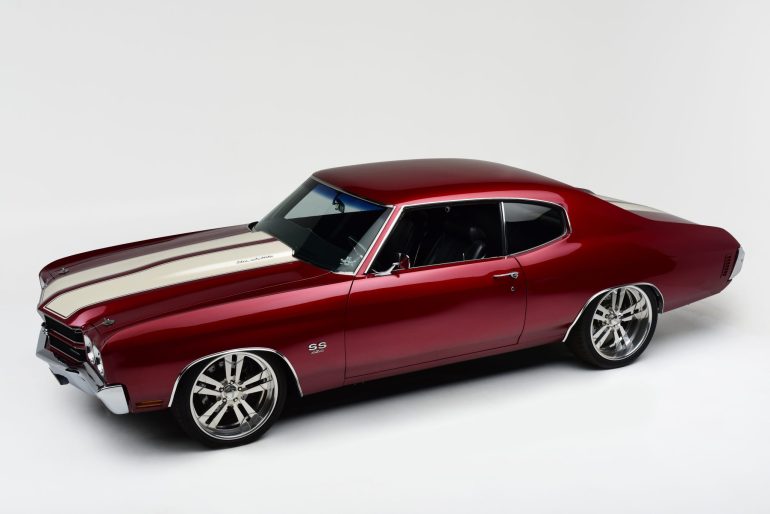 Many purists consider the Chevelle to be the king of the muscle cars of the 1970s. It was designed with one single aim – to beat everything else on the road in a straight line. For a time, it did just that. The 7.4-litre (454 cubic inch) V8 packed 450hp. When it launched it sat on top of the muscle car food chain.

The 1971 Hemi ‘Cuda convertible is the holy grail of 70s American cars. Only 11 were built. It has become one of the rarest and most sought-after muscle cars of the 1970s, in fact of any era. A drop-top version of the classic Plymouth Barracuda, it has a savage 7.0-litre, 425hp V8 Hemi engine with the winning combination of classic good looks and top drawer performance.