Cars from 1910 to 1920 were genuinely revolutionary. No longer did people have to rely on horse-drawn carriages or trains to get where they wanted to go. They could move around more freely and further than ever before and thanks to visionaries like Henry Ford, Karl Benz and André-Gustave Citroën, cars were safe, fast and user friendly. Read on to discover the best 1910s cars.

So-called ‘horseless carriages’ were initially viewed with scepticism and suspicion when they first emerged in the 19th Century. In the space of just a few decades however, the world had changed completely.

The successor to the horseless carriage, the motor car, was king. Before long the world would see Ford’s assembly line producing a car every 93 minutes and a mass-produced V8 engine.

The first Bugattis, Aston Martins, Bentleys, Chevrolets and Cadillacs would also take their place on the roads, and car showrooms and maintenance centres popped up everywhere. Here, we look at some of the fastest and most famous cars from the 1910s.

Huge engines, beautiful coachwork and unprecedented speed. By 1910, the motoring age had well and truly begun and there were some truly iconic models emerging as the best 1910s automobiles. 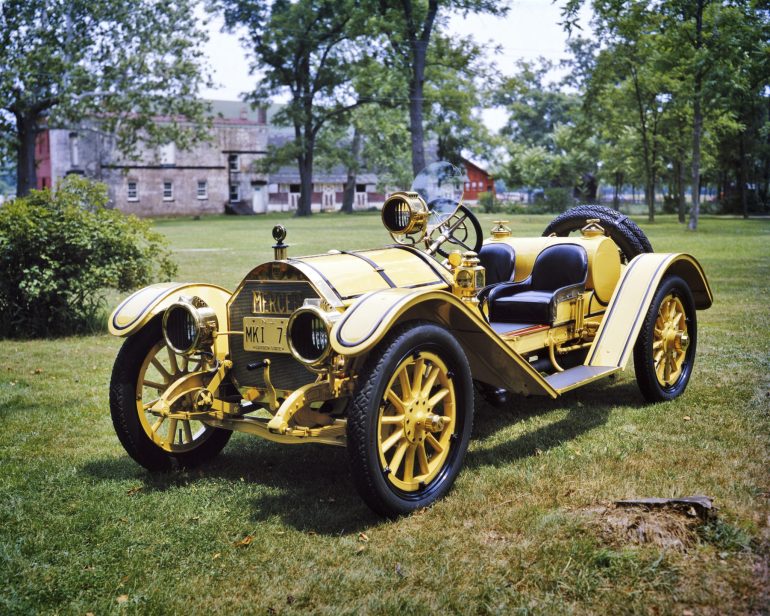 Built in New Jersey, the Type 35R was a thoroughbred American sports car whose marketing copy promised the driver ‘a mile in 51 seconds, guaranteed.’ The 4.8-litre two-seat speedster with superb handling was a serial race winner and sold for $2,250. At the time, this was the price of a small family home. In today’s terms, that’s Ferrari 812 money. 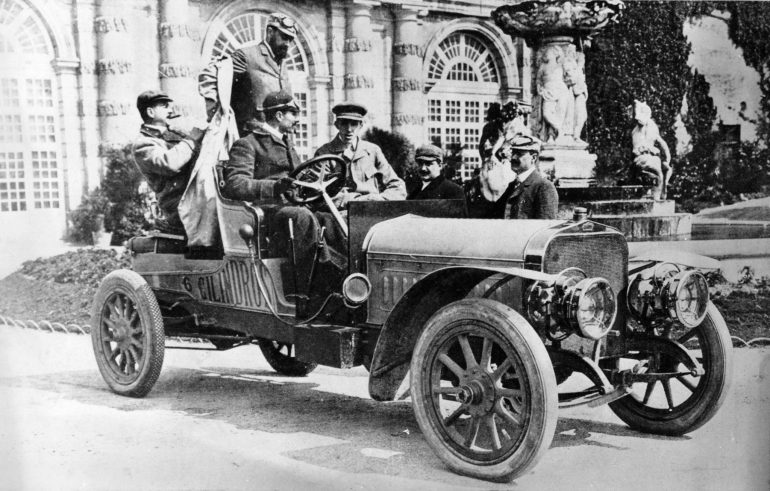 Hispano-Suiza was one of the premier car marques of the early twentieth century, matched only by Rolls-Royce. Arguably the world’s first production sports car, the Type 15 was a very fast 3.6-litre two-seater. It was so beloved by Spain’s young King Alfonso XIII, he gracefully agreed the new model, one of the greatest 1910s cars, could carry his name.

Another contender for the crown of ‘world’s first sports car’, the 5.7-litre Prince Henry was designed by none other than Ferdinand Porsche, and named after the younger brother of Kaiser Wilhelm II of Germany. One of the fastest of all 1910s automobiles, the 27/80 was the chauffeur-driven car of Lord Scrumptious in Chitty Chitty Bang Bang! 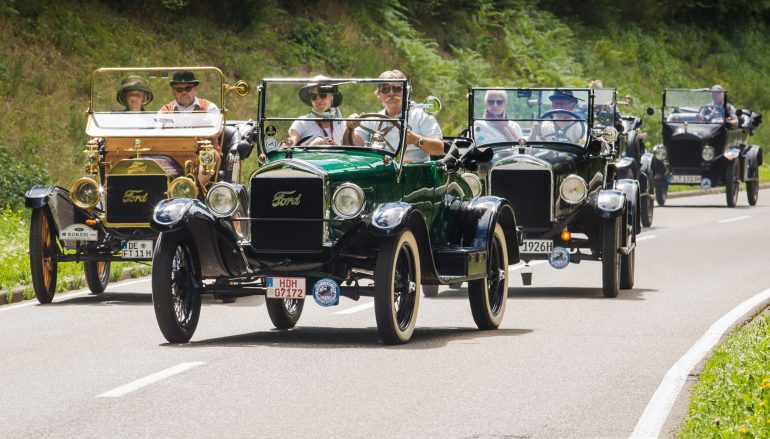 Nicknamed ‘Tin Lizzie’, the Model T was the car that put the world on four wheels. In nineteen years from 1908, around sixteen million were made. By the start of the 1920s, over half the cars in the world were Model Ts. The 2.9-litre engine could get the car to a cruise of 35mph, or downhill with a tailwind up to 40mph. According to Ford themselves, while Henry Ford did say “any customer can have a car painted any colour that he wants so long as it’s black”, you could in fact buy a Model T in red, green, blue, grey and green! By a country mile, it was the best-selling of all 1910s cars.

The 37/95 was the last chain-driven car produced by DMG – Daimler Motoren Gesellschaft. The huge 9.5-litre, 95hp engine had a serious racing pedigree and for a while was regarded as the world’s most powerful car. In 1912 and again in 1914, American racer Ralph de Palma won the Vanderbilt Cup, the first major American racing trophy, in a modified 37/95. 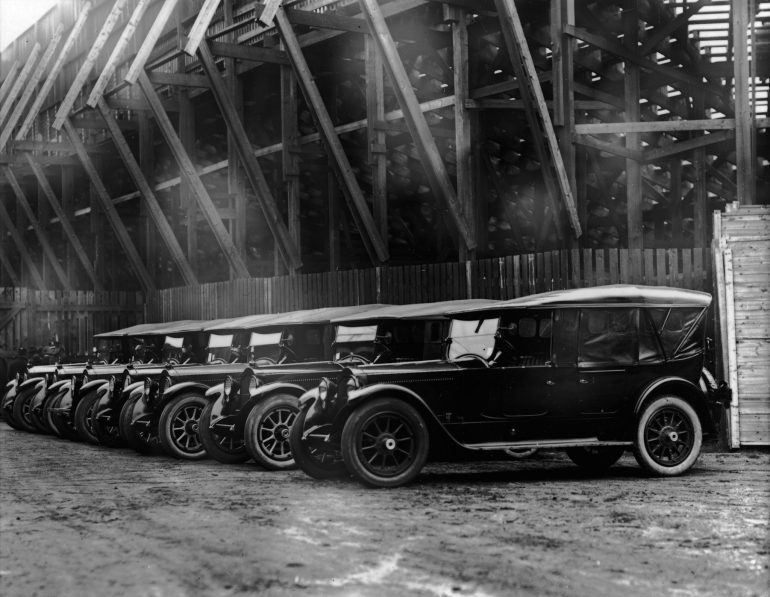 In the USA, the competition to build the most luxurious of all cars from the 1910s was between Packard, Lincoln and Cadillac. In 1915, Packard introduced the Twin Six, the world’s first V12 production car. The 6.9-litre, 88hp car wasn’t the fastest in the world but it was beautifully elegant. The engine, famed for its smooth, almost endless delivery of power, was adored by automotive demi-god Enzo Ferrari. 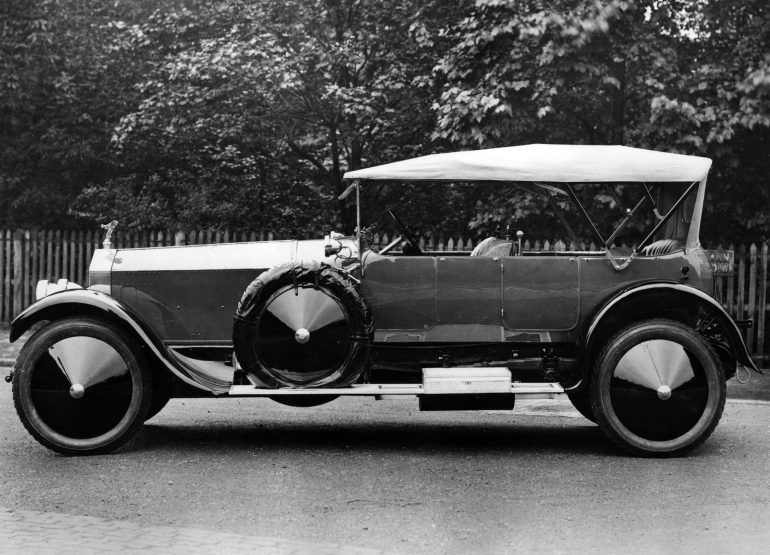 One of the most enduring names in motoring history, the Silver Ghost – originally known as the 40/50 – was described over a century ago by Autocar magazine as “the best car in the world.” The 7.4-litre straight-six was the first Rolls-Royce to introduce the iconic Spirit of Ecstasy mascot. Of all the cars from 1910 to 1920, the regal Silver Ghost may well be the most famous and enduring of the lot.