Jaguar is one of the world’s most famous car brands. Its glittering history is littered with some of the world's most iconic road and track cars and the marque is synonymous with exquisite design, ground-breaking technology and impeccable luxury. Read on to find out about the best Jaguar models from the 1960s, including one that was so sensational, the mere mention of it makes the hairs on the back of your neck stand up.

The 1960s was an era of incredible change. Fashion, music, television, art, literature and design welcomed a freedom of expression the world had never seen. We moved from black and white to a kaleidoscope of colour and creativity. No more so than the motor industry and for Jaguar, their 1960 models were some of the best cars of the decade. Following the success of the 1950s Jaguar range, the next ten years pushed boundaries even further. Here are the very best of the 60s Jaguars. 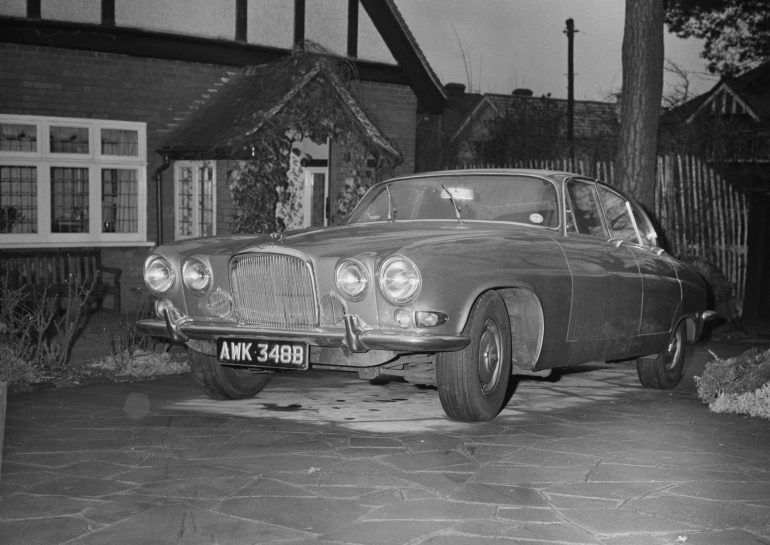 Launched in 1961, the Mark X was the very definition of what a big, luxurious saloon car should look, act and feel like. It was designed for kings, prime ministers and film stars. It was the first Jaguar fitted with independent rear suspension and the original 3.8-litre (uprated to 4.2-litre in 1965) was a quiet, quick, curvaceous cruiser. It could outrun a Triumph TR4 and was under half the price of a Rolls-Royce Silver Cloud. The Mark X was one of the fastest luxury saloon cars of its day. With lashings of the finest walnut, Connolly Vaumol leather and deep-pile carpets, the biggest cat of them all was an elegantly refined blend of performance and luxury.

By the late 1960s, Jaguar was juggling four saloon cars. They decided to consolidate and put all their eggs into a new basket labelled XJ6. It was one of the best decisions they ever made. It was regarded by many as Jaguar MD Sir William Lyons’ crowning glory, and he himself called the car ‘the finest Jaguar ever.’ It was a design masterpiece that set new standards of performance and refinement. The XJ6 was offered in 2.8-litre and 4.2-litre variants. For a time, it was widely considered the best luxury saloon car in the world. In fact this wonderful car hit such a sweet spot it continued with minor design tweaks into the 21st century. As Jaguar models of the 1960s go, it was one of the standout stars.

Britain’s greatest ever sports car is nothing short of an icon. The Jaguar E-Type is one of the world’s most instantly recognisable cars and when it was launched, Enzo Ferrari himself called it ‘the most beautiful car ever made.’ Launched in 1961 with Jaguar’s famous and perfectly balanced 3.8-litre straight-six (increased to 4.2-litre in 1964), the E-Type redefined the sports car. At £2,200 it was less than half the price of the equivalent Aston Martin and – with Ferraris selling for three times the price – this iconic Jag was not only jaw-droppingly beautiful, it offered outstanding value for money.

We can talk about the facts until the cows come home – 261hp, 0-60mph in seven seconds and a top speed of over 150mph – but the E-Type, perhaps more than any other car (certainly more than any of the other Jaguar 1960 models) transcends motoring. Today, a blue E-Type roadster is even part of the permanent collection at New York’s Museum of Modern Art. In the sixties the likes of Frank Sinatra, Brigitte Bardot, Princess Grace and Steve McQueen all drove E-Types.

The E-Type Jaguar is the king of cool and one of those rare beasts that can explain one’s illogical love of cars without having to say anything. Without rival, the greatest of the 60s Jaguars.

We’ve profiled some of the most memorable of all the 1960s Jaguars but here’s a full list of the road cars made in the 1960s.