Jaguar is one of the most famous marques in all of motoring, with an illustrious history dating back to the 1920s. The company started out building sidecars for motorcycles and even then, the two owners - William Lyons and William Walmsley - had an eye for style and sophistication. Walmsley sold his stake to Lyons who subsequently gained a reputation for creating some of the world’s most beautiful cars. Read on to find out which are the most iconic Jaguar cars that have stood the test of time.

What springs to mind when you hear the name Jaguar – classic cars, exquisite and effortless style, legendary performance, opulent luxury or old-world charm?

It’s a combination of ‘all of the above’ which stands the Coventry car maker out as one of the world’s great automotive marques. Almost the entire back catalogue can be considered classic Jaguar models. But even among the list of outstanding Jaguar cars, here are some of the absolute best. 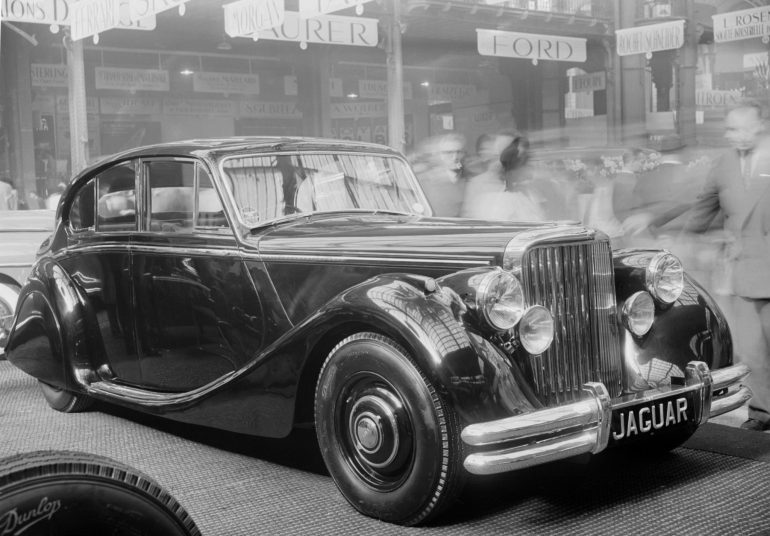 The flowing, wave-like lines of the Mark V may not be as obvious a choice as the other iconic Jaguar cars on this list, but that’s not to say that its contribution to the company’s success wasn’t as important. Launched in 1948 as the last of the famous pushrod straight-six’s, it was the first Jag with hydraulic brakes, the first with rear-wheel spats and the first to be designed in both right and left-hand drive configurations for the vital and lucrative US market.

This was a car that exuded luxury from every pore. It took corners like it was on rails, it was powerful and refined and it was fit for royalty and statesmen. The post-war Mark V managed to stay true to Jaguar’s philosophy of tradition and character but was forward-thinking enough to embrace all mod-cons. It was engineered to perfection and was the finest car in its class in the world. 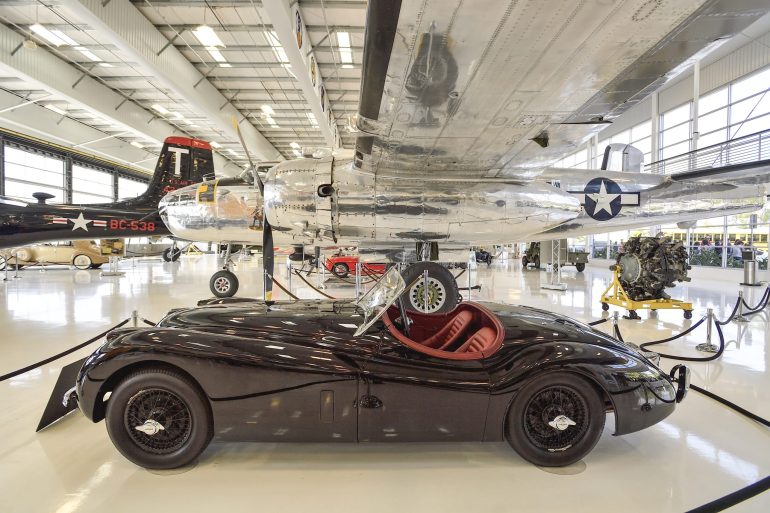 Despite being designed and built almost seventy-five years ago, the Jaguar XK120 remains a visual and mechanical sensation. Every inch one of the great classic Jaguars, it was the car that single-handedly introduced British two-seater roadsters to America.

Famously designed in less than a fortnight to be ready for the 1948 Motor Show, it offered movie-star good looks with racing car performance, all thanks to Jaguar’s legendary 3.4-litre straight-six. When it was launched, it was the fastest production car in the world.

The wonderfully named LJK Setright, perhaps the most influential motoring journalist of the twentieth century said of the E-Type, “even two years after production had begun in 1961, it could still turn more heads than a platoon of poachers in a poultry farm. It went like the wind, looked like a million dollars and sold for a little more than a couple of thousand pounds.”

As classic Jaguars go, the E-Type sits on the throne. It is perhaps the most famous automobile in the world, and the car that Enzo Ferrari himself called ‘the most beautiful ever made’. It is unique amongst sports cars in that it steals your heart just by looking at it. Not only a revolutionary design, it was also a mechanical masterpiece. The E-Type is pure, unadulterated British motoring royalty. 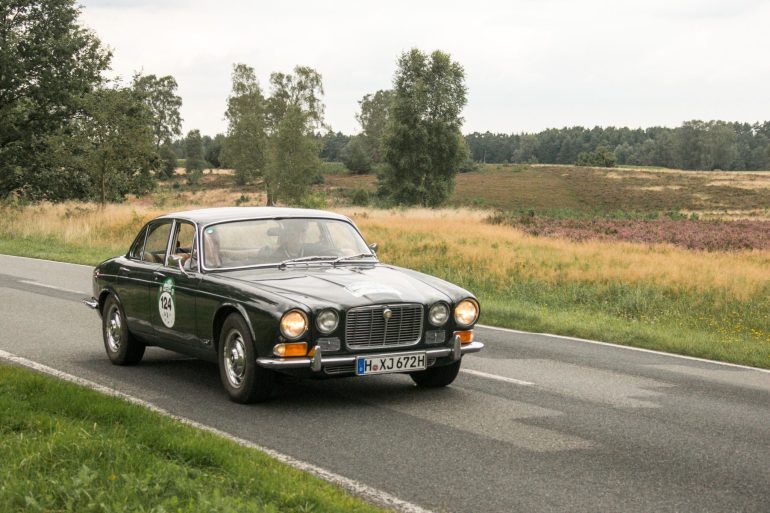 Considered by many to be the ultimate Jaguar saloon car, the XJ6 was such a mainstay of Jaguar’s business that the first generation stayed in production for a quarter of a century – with a production run of over 400,000 cars. One of the most iconic Jaguar cars and even one of the greatest British cars of all time, it was a car that set a very high bar for the luxury car market.

True to Jaguar’s raison d’être, the XJ6 combined high performance, opulent comfort and refinement, exceptional handling and spectacular styling into what was arguably the world’s finest car. In fact, Autocar magazine said of the XJ6: “If Jaguar were to double the price of the XJ6 and bill it as the best car in the world we would be right behind them. It has no equal regardless of price. We set it as a new yardstick.” 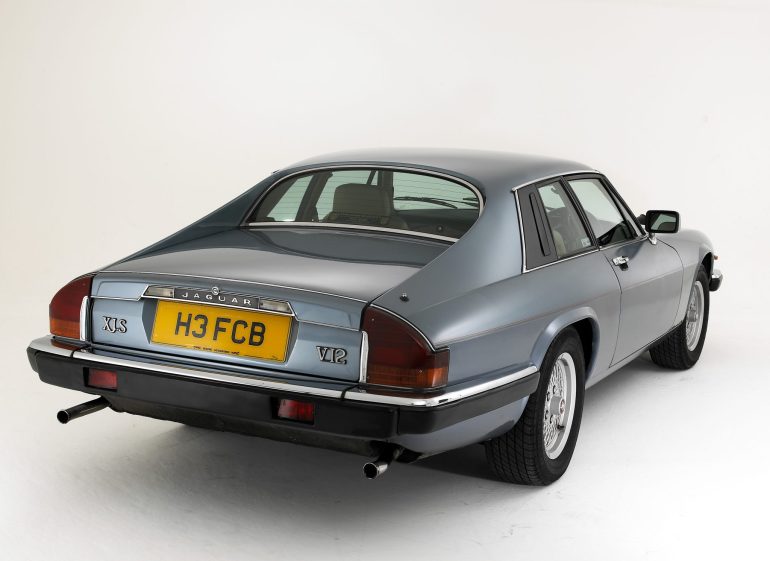 At Jaguar, classic cars are standard, yet following the E-Type as Jaguar’s halo sports car was like having to follow Sir Alex Ferguson as Manchester United manager or taking the helm at Apple after Steve Jobs. No matter how good you are, you’re never going to hit the otherworldly heights of what went before.

Long, low and wide, the XJ-S was a sensual, seductive mistress that delivered style, speed and sophistication in equal measure. Despite a hard birth – the 5.3-litre V12 was launched in the middle of a world oil shortage – the XJ-S was an elegant, desirable grand tourer and one of the classic Jags of the old-school.