The Jaguar marque is one of the pre-eminent brands in motoring history. From the 1.5 Litre of the mid-1930s, to today’s executive saloons, electric cars and the beautiful F-Type, the carmaker from Coventry has fed the world’s obsession for stunning cars for over eighty years. Read on to find out about the greatest Jaguar models from the 90s.

More so than any other automobile manufacturer, Jaguar has been passed from pillar to post since the 1970s, and the last decade of the millennium was no different. The company was sold to Ford in 1990, who promptly reduced the workforce by 30%. Despite this change, the company still moved forward, creating a slimline, efficient business that did what Jaguar was famous for – producing sensational cars that live long in the memory. Here are the best 90s Jaguars.

While the Jaguars of the 1980s had reflected the confidence of that hair-raising decade, and had left the company in questionable health, Jaguar’s 1990 models announced in no uncertain terms that the big cat was back. 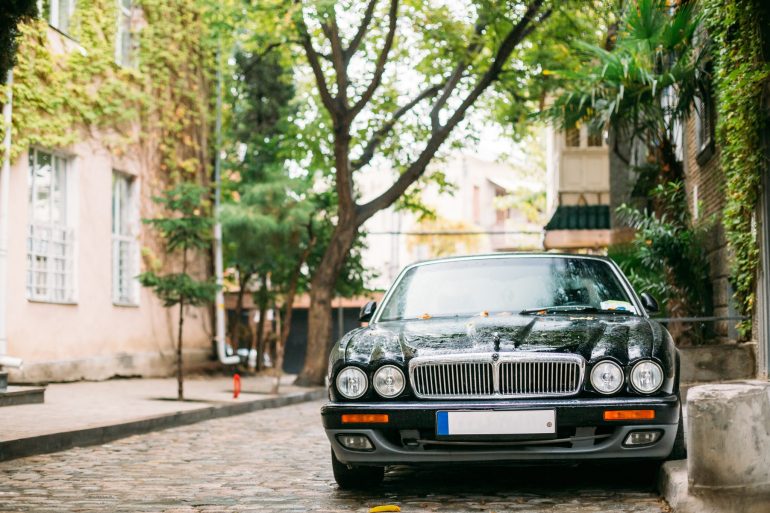 The continuation of the incredibly successful XJ6 range, the X300 was the first car designed and built under Ford’s stewardship. Built on a brand-new production line, the gorgeously curvy X300 and its big brother the X308 gave a styling nod to the XJs of the 70s and 80s. The range of engines – from the fantastic 3.2-litre straight-six to the company’s first supercharged car – delivered a Thor-like hammer blow of performance wrapped in a cashmere glove of comfort, style and luxury.

With the XJ-S way past its sell-by date, Jaguar needed a replacement grand tourer that oozed glamour, style and film star good looks. The XK8, launched in 1996 with Jag’s first ever V8, hit the sweet spot. It was truly one of the very best 1990s Jaguar models.

A legitimate DB7 rival at almost half the price, the 290hp 4.0-litre V8 was a world-class sports car. A year later they followed this with the launch of the XKR, boasting a supercharged version of this already powerful engine (another first for the company). With more than a passing design hat-tip to the legendary E-Type, the XK8 was true to Jaguar’s patented blend of luxurious refinement and hardcore power, while breaking new ground in technology and innovation.

Made in the factory originally built to make Spitfires for the Battle of Britain, the S-Type was Jaguar’s return to the mid-size saloon niche it abandoned in the 1960s. Its retro, curvaceous styling was reminiscent of the Mark 2. Would Inspector Morse have driven an S-Type around the historic streets of Oxford? Maybe.

The first incarnation came with a 3.0-litre V6 and a 4.0-litre V8. It took a while for the public to accept it as a bona fide Jag, but with sales in its full production run nudging 300,000, it was one of the most successful – and profitable – Jaguar models from the 90s. 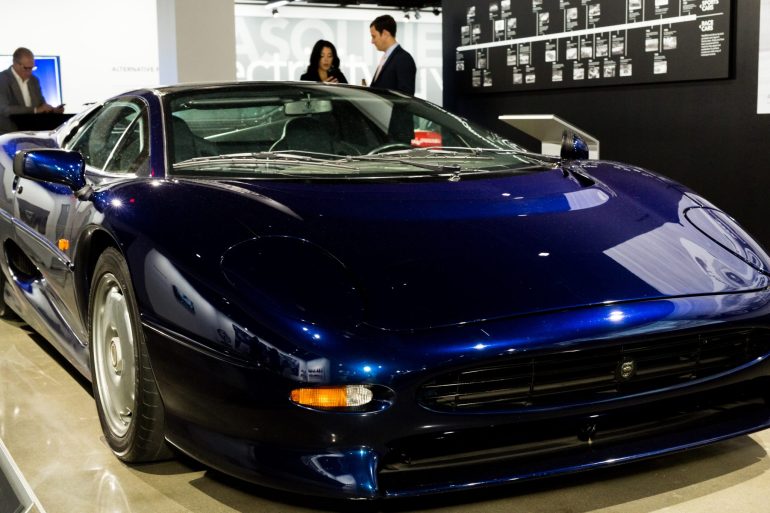 Jaguar have had their fair share of bad luck. The launch of the thirsty 5.3-litre V12 XJ-S in the midst of a global oil crisis being just one such example. So it was when the huge XJ220 debuted in 1992, just as the world slid into recession. For a year it was the fastest production car on earth at 217.1mph, and it is unquestionably the most beautiful of the 90s Jaguars. When it was unveiled in 1988 at the British International Motor Show, customers were throwing £50,000 deposits at the sales staff to secure this sensational 6.2-litre, all-wheel drive V12.

Four years later (and it must be said never with the intention to deceive, but purely in the pursuit of perfect performance) what they actually got was a rear-wheel drive 3.5-litre twin-turbocharged V6. It’s fair to say that many were more than a little aggrieved. Orders were cancelled, deposits returned and lawsuits ensued. What was for a time the best car in the world, became a millstone around Jaguar’s neck. Of the original intended production run of 350, only 271 were built. For a car with an original list price of £470,000, many were sold for less than half that price, and the last one was sold for about £140,000, just to get rid of it.

That Jag’s higher-ups made a mistake shouldn’t take anything away from the car itself. It was a towering, intimidating drive, gorgeously loud and savage with torque and power. It was a blisteringly fast, muscular heavyweight with character, personality and poise.

The most incredible Jaguar of the 1990s will go down in history as a motoring icon and one of the world’s great supercars. 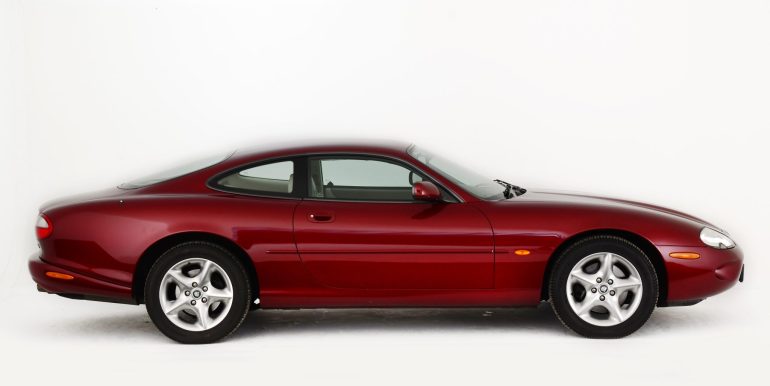 We’ve looked at some of the most incredible 1990s Jaguars but here’s a complete list of the big cat’s road cars made in the 1990s.