Dr. Ing. h. c. F. Porsche GmbH, Konstruktionen und Beratung für Motoren und Fahrzeuge, the car maker better known as Porsche, built an aluminium prototype car in 1948 designated ‘No. 1’. Since then, they have become one of the world’s most famous and desirable automotive marques, synonymous with elegant style, blistering speed, ground-breaking innovation and innate luxury. Read on to find out about the very best 1950s Porsche models.

Like many of the most famous motoring patriarchs, Enzo Ferrari, Ferrucio Lamborghini and David Brown (of Aston Martin fame), Ferdinand ‘Ferry’ Porsche couldn’t find a thoroughbred sports car he wanted to buy, so he created one in his own vision. A car so magnificent, it was the support act to perhaps the most famous and recognisable car of all time. Here is the story of the very best Porsche models from the fifties.

Porsche 1950 - Models That Changed The World 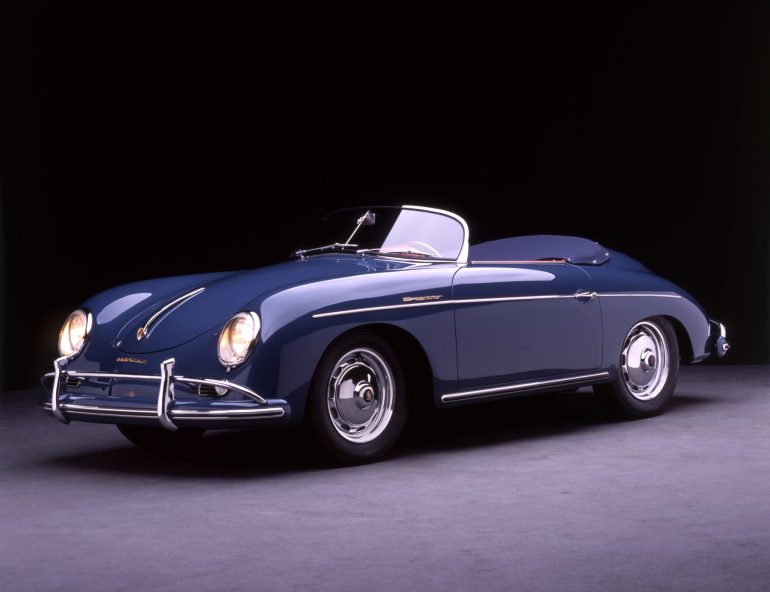 The brief given to designer Erwin Komenda was simple – build a lightweight two-seater sports car with a more powerful engine than anything else on the road. What resulted was nothing short of a design classic. The 356 was Porsche’s first production car and it was funded by sales of the Volkswagen Type 60, otherwise known as the Beetle, and the bug’s genes are evident in the sloping back and rear-mounted engine.

The first split-screen iteration of the most famous of all 1950s Porsche cars used a 4-speed manual 1.1-litre engine, later upgraded to 1.3-litre and 1.5-litre versions. In the second half of the decade the 356A ended up with a superb 1.6-litre, 4-cylinder naturally aspirated Carrera engine.

They may not have known it at the time but the 356 has become a motoring icon. Despite where the engine sat, it was balanced, poised and handled accurately and confidently. Inside and out it was utterly beautiful and everyone who drove one fell under its spell.

Unquestionably the best of the 50s Porsches, the 356 is where the Porsche story starts. It carries the DNA of a brand that remains as relevant today as it did then.

Inspired by the 356, the 550 was a racing car that took Porsche to international motor racing’s top table. The lightweight 1.5-litre, mid-engined speedster won the Nurburgring Eifel Race in its maiden outing and was so low, German F1 driver Hans Hermann drove it under a closed level crossing during the 1954 Mille Miglia.

It won class races at Le Mans and the Carrera Panamericana, and the upgraded 550A won its first major race, the Targa Florio in 1956 – at the time the world’s most challenging road race. This classic 1950s Porsche was the first race car to get sponsored, first by Fletcher Aviation and later by motor oil company Castrol.

However superb the Porsche 550 was on the track, it is perhaps most famous as the car that cost fifties actor James Dean his life, crashing his 550 on the way to a race meet in California in September 1955.

Carrying on the tradition of racing Porsche models from the fifties, the 718, known as the RSK – RS for RennSport, or ‘sports-racing’ and K for the shape of the car’s suspension – was a mid-engined, 1.5-litre sports car weighing in at a remarkably light 570kg.

In all its various guises, this incredibly powerful car was a superstar. It registered over 250 class victories and more than 600 podium finishes. It was the European Hill Climb Champion from 1958 to 1961, the Targa Florio winner in 1959, 1960 and 1963. With Olivier Gendebien and Hans Hermann at the wheel, it was also the winner of the prestigious 12 Hours of Sebring race in Florida.

From Fifties Classics to the Modern Day 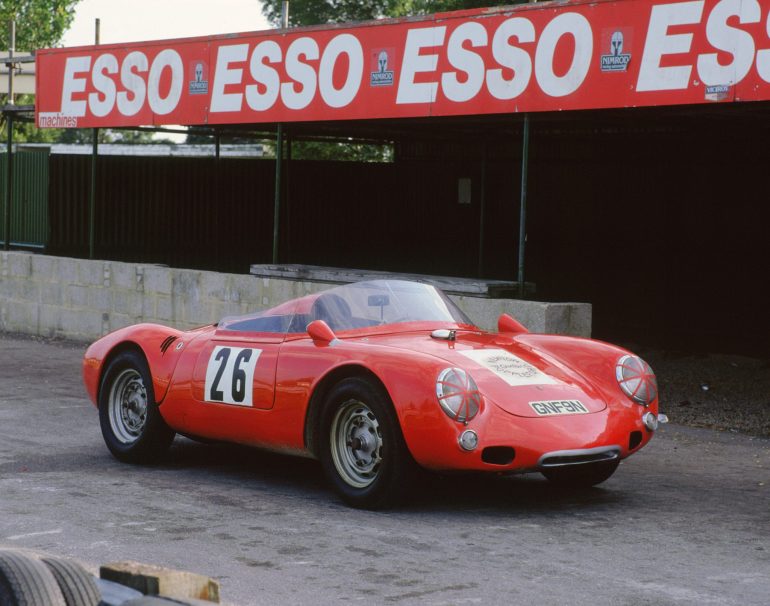 It’s fair to say that one of the most revered names in the history of motoring is Porsche. Their 1950 models were the benchmark by which most other sports cars were judged and their legacy continued through the Porsches of the 1960s right through to the present day.