Jaguar has made some truly iconic cars over the years. Each one, from the stunning roadsters of the fifties and sixties to the world-beating XJ220 in the nineties, evokes a distinct and quintessential British charm. Read on to find out about the best of the 1950s Jaguar cars, including one of the greatest sports cars of all time.

In the 1950s, Jaguar Cars was in the midst of a golden age. Building on the success of the fantastic Jaguars from the 1940s, the Coventry car maker was successful on the track – the first manufacturer to win Le Mans and the Monte Carlo Rally in the same year – and in the showroom. In fact the 50s Jaguars have become some of the most sought-after sports cars of all time.

Grace, Space, Pace - The Best of the 50s Jaguars 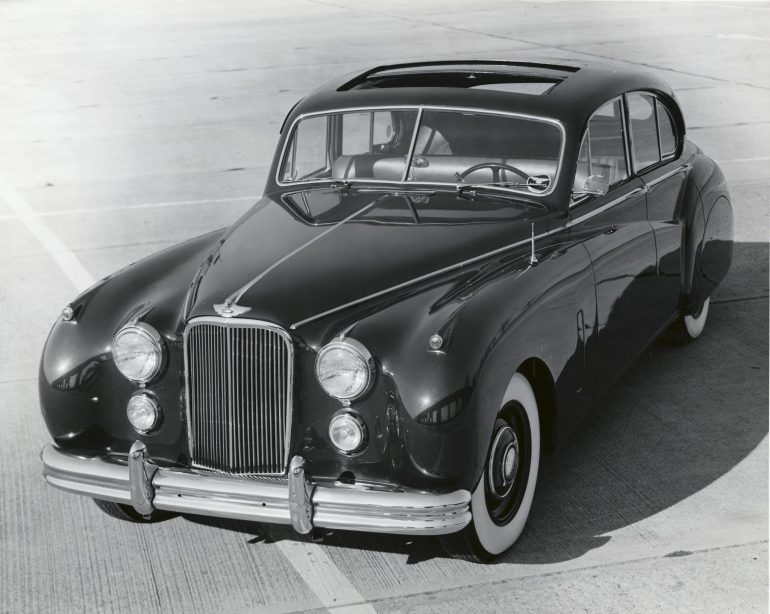 For Jaguar, their 1950 models were a result of some of the most advanced technological innovation the motoring industry had ever seen. The slogan Grace, Space, Pace was conceived by founder Sir William Lyons as the very definition of the Jaguar brand, the way he wanted his cars to be perceived. It has gone down in history as one of the most influential automotive slogans of all time. After the ground-breaking Jaguars of the 1940s, the 1950s Jaguar cars were streets ahead of everyone else, on the roads and in the marketing department.

The successor to the Mark V of the late 1940s (Bentley had a Mark VI on the market so they skipped a number), the Mark VII was their last car with rear-wheel spats and the first of the 1950s Jaguar cars to be offered with an optional automatic gearbox. It used the brand-new (now legendary) 3.4-litre straight-six XK engine and it stole the show at the 1950 Earls Court Motor Show. It was an instant hit with the American market, who placed a staggering $30m-worth of orders in the first few months of its launch.

Immortalised as the car driven by legendary TV sleuth Inspector Morse, the Mark 2 was single-handedly responsible for creating the class of fast, luxurious executive saloon cars. Before the Mark 2, the competition offered soft, heavy, lumbering cars, often seemingly lazy in design, style and luxury. Swathed in the best wood, leather and carpet, the 200hp+ 3.4-litre and 3.8-litre variants were impressively fast, with sports car-esque handling and looked every bit the Managing Director’s ride.

Lauded by many as one of the most beautiful sports cars ever made, the Jaguar XK140 was powered by their spectacular 3.4-litre straight-six, producing 190hp (and later 210hp in the SE variant). It was made available in three versions – a fixed-head coupe, a drop-head coupe and an open roadster. Whichever version you opted for, you got a walnut-hewn dash, the softest leather seats, thick woollen carpet and a quintessentially British driving experience unrivalled around the world. As gorgeous as any of the era’s stunning movie sirens, of all the 1950s Jaguars the XK140 is perhaps the most elegant and refined.

Following the XK140 was no mean feat. In reality, the 150 was a bit of a mixed bag. Launched in 1957, it was offered in a number of variants including the standard 3.4-litre 190hp straight-six, the 3.4-litre 210hp SE and the really rather good 3.8-litre 265hp S with a top speed of over 130mph. However, it didn’t reach the dizzying heights of the 140. It was described in the guidebook for the 1958 Motor Show as ‘a car combining electrifying performance with armchair comfort’. While that may be literally true, it lacked a certain ‘je ne sais quoi’. It was chunkier and heavier than its predecessor, losing its lithe body in favour of a more muscular frame. The 50s Jaguar purists decried it as a diluted version of the original XK120 but it remains, in true Jaguar fashion, an outrageously pretty car, as much of a head-turner today as it was then. 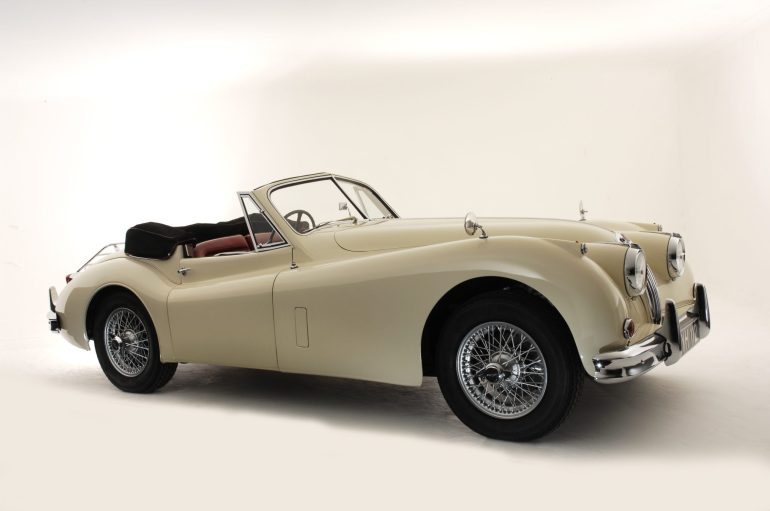 We’ve profiled some of the greatest of all the 1950s Jaguars but here’s a full list of the big cat’s road cars made in the 1950s.