What Happened to the Cape Lion?

Lions are one of the animal kingdom’s most impressive and complex creatures. These charismatic megafauna were once among the most widely distributed of all terrestrial mammals. As dominant apex predators they are vital for the ecology of our planet and feature prominently in human iconography and as cultural icons. But what happened to the Cape lion? Read on to find out the incredible story of one of Africa’s most famous residents.

A little over a century ago there were over 200,000 wild lions in Africa, with thousands roaming South Africa’s Karoo National Park. Lion numbers today have been whittled down to around 20,000. Their natural range has diminished by 90% and this magnificent beast is now extinct in 26 African countries. Sadly, the first of the African lions to die out in the wild was the Cape lion.

The Cape lion was once linked to the African lion that lived in the Natal and Cape provinces around the southern tip of South Africa.

It was described by nineteenth century authors as being very large with a thick, dark, almost black mane. This mane came down below the shoulders and under the belly. Alongside this prominent mane, the Cape lion also had black-edged ears and a black tuft at the end of its tail.

As always, there are often tales of exceptionally large specimens. It was once reported that lions approaching 275kg were shot south of the Vaal River in the Northern Cape. These stories were never officially confirmed and were likely to be exaggerations.

Where did the Cape Lion Live? 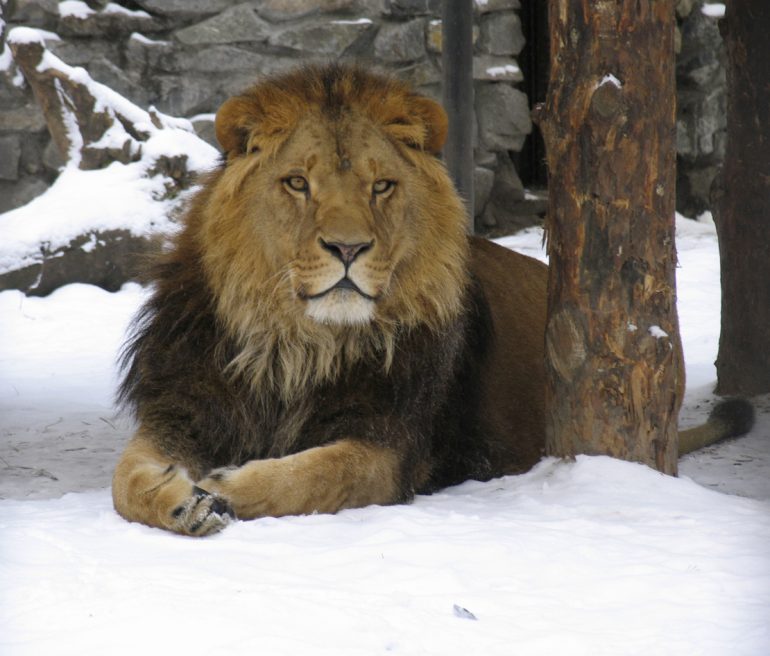 African lion on the snow (Photo: Zastavkin via iStock)

Lions in Africa can be broadly separated into two evolutionary groups that split between 200,000 and 50,000 years ago – one from the southern parts of the continent and the other from the north and northeastern parts. The emergence of the tropical rainforest, and the continental rift zone known as the East African Rift, separated the two groups.

The lions that lived across the very southern tip of South Africa were known as Cape lions, since they inhabited the provinces of Natal, Eastern Cape, Northern Cape and Western Cape.

What Happened to the Cape Lion? 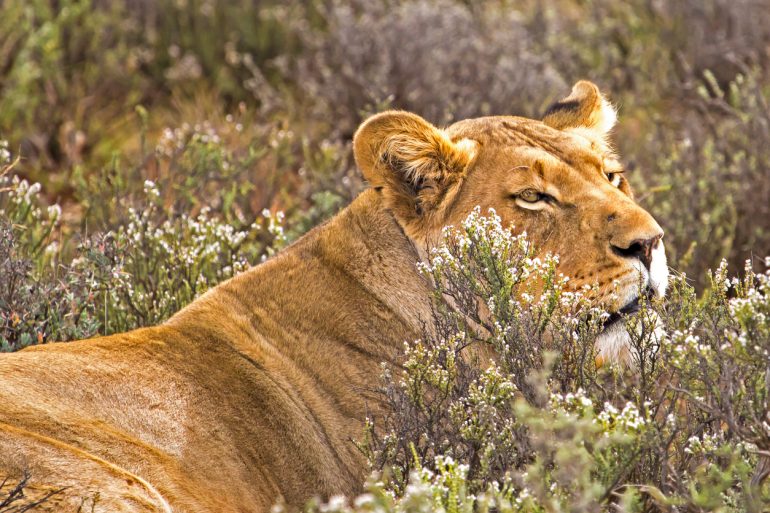 Karoo National Park is a 750 square kilometre wildlife reserve in the Western Cape. It is located on the border with the Northern Cape, with the Nuweland mountain range forming a natural amphitheatre to the undulating plains.

Today, the reserve, which was proclaimed a national park in 1979, is home to dozens of animal species including springbok, Cape mountain zebra, black rhino, eland, ostrich, baboons, Vervet monkeys, buffalo, 35 species of lizard, six species of tortoise and over 200 species of birds including Verreaux’s eagles. The area was also once home to the famous Cape lion.

When the first Dutch explorers came to South Africa in the early eighteenth century, they came across the Khoekhoe people (also spelled Khoikhoi or Khoi Khoi), a farming and herding community of hunter-gatherers who shared territory with the region’s lions. In fact, a river in the area called the Gamka is the Khoi word for lion.

As the European settlers arrived, they hunted huge numbers of antelope which drastically depleted the prey of the Cape lion. We know from the recent plight of endangered tigers across Asia, when a section of the food chain is interrupted in this way, it causes catastrophic and often irreparable damage up and down the food chain.

The Cape lions thus became more scarce due to a lack of food. They were also prized as badges of honour by game hunters. It has been suggested that this once proud beast has the dubious honour of being one of the few species of big cat that was literally hunted into extinction, rather than being slowly suffocated by habitat loss, deforestation and encroachment.

The last-known adult male was shot in 1858, though there were rumours of tiny surviving populations in the northern Orange Free State as late as 1865, but it is generally believed that the Cape lion was extinct by 1870.

There is only one surviving photograph of a Cape lion, which was taken in 1860 in a cage at the Jardin des Plantes in Paris.

The Return of the Cape Lion? 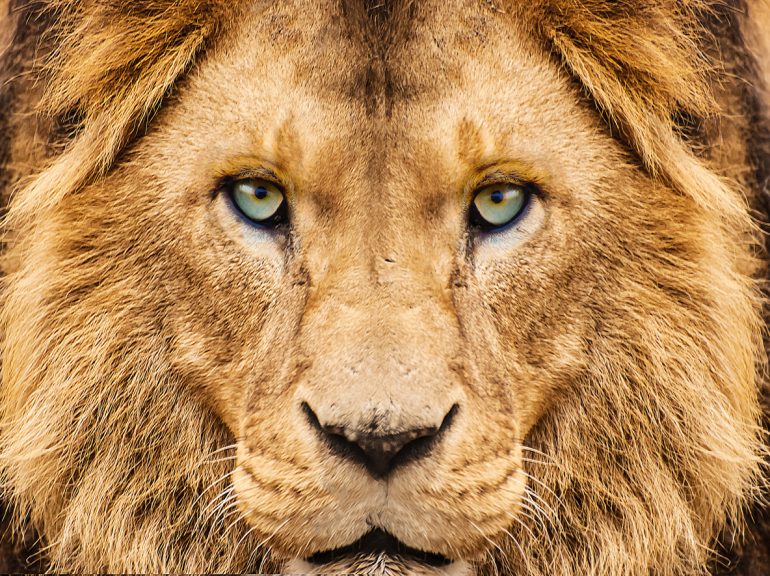 Portrait of a lion (Photo: Matteo Lanna via iStock)

After a gap of 140 years, in the early 2000s, it seemed that there was a possibility that the Cape lion may still be alive. John Spence, South African zoo director, believed that a number of cape lions were taken back to Europe in the eighteenth and nineteenth centuries and interbred with other lion species.

After a three decade search, he found a group of black-maned lions which displayed all the characteristics of the Cape subspecies at Novosibirsk Zoo in Siberia. The closest matches, a male called Simon and a cub, were brought back to Tygerberg Zoo in South Africa in the hope that they could be bred. However, before the breeding program commenced, Spence died and the zoo closed.

Were they the famed Cape lions? Unfortunately we will never know.