From their wide ranging habitats throughout the Americas to their impressive pounce, mountain lion facts are both fun and fascinating. Whether you’re after a detailed mountain lion description or just some fun facts, read on to learn about this unusual big cat.

Of all facts about mountain lions, the first one to learn is that it has enough aliases to rival even the most diligent secret agent. Puma, painter, panther, deer tiger, Florida panther, ghost cat, red tiger, cougar and catamount, all refer to the species with the scientific denomination, Puma concolor.

Native to the Americas, this solitary big cat is known for its wide distribution and versatile nature, but there’s a lot more exciting information about mountain lions than meets the eye. 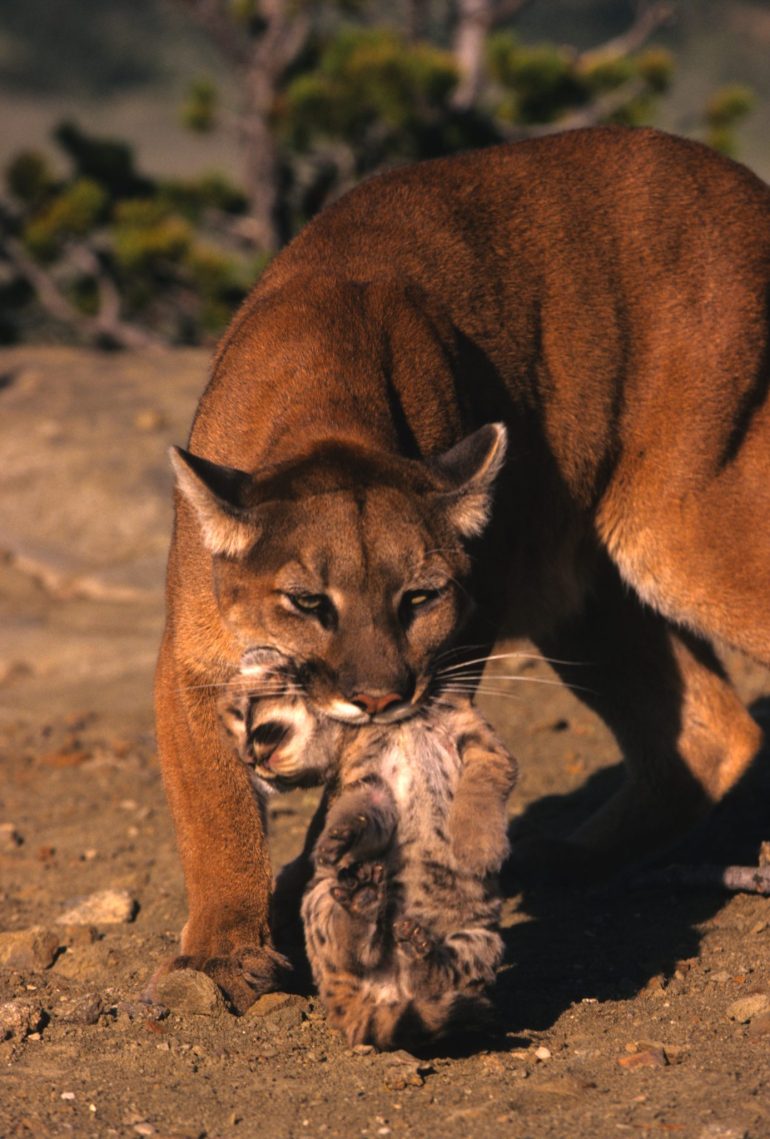 Mountain lions share many features with their other big cat peers, especially their sandy coloured fur. They are distinct for their whitish-furred bellies and decorative black markings on their tops and tails.

One unusual physical idiosyncrasy of the mountain lion is just how much it can vary in size. Males can weigh anything from 50kg to twice that much. And, as for females, their range is even wider, from 29 to 64kg. The determining factor for their size appears to be proximity to the equator, with size increasing the further they live from it.

So, just where do mountain lions live?

The term “mountain lion” would seem to imply the habitat of the puma as being in high altitudes. And it is. In southern Peru, they’ve been recorded as living as high as 5,800 m above sea level. Yet this is far from the full picture.

Said to have the widest geographic range of any non-human land-based mammal in the Western Hemisphere, mountain lions can be found throughout the Americas, from the most southern tip of Chile right up into Canada. And they don’t stick to mountains.

From wetlands to deserts, forests to suburbs, wherever there is shelter and prey, there will be mountain lions.

However, wherever there are humans, mountain lions have significantly decreased in number. So, whilst they were once resident throughout the United States, they are now only found in the western half of the country. The one exception is a small population in Florida. 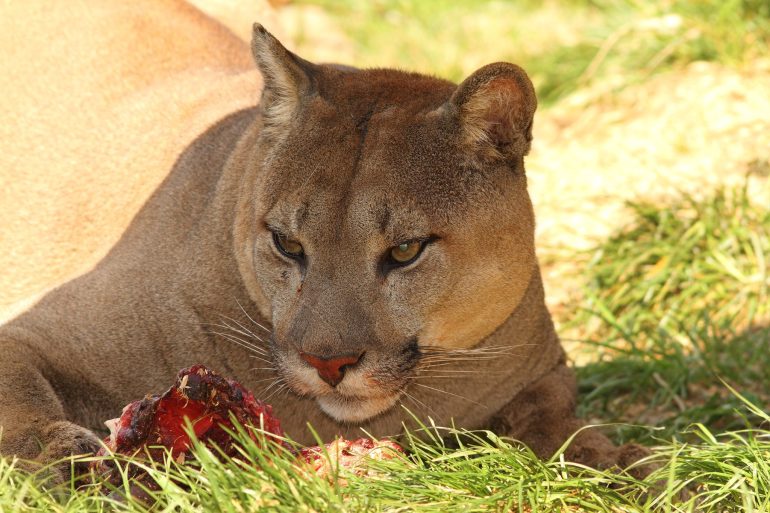 A Puma concolor having a meat feast (Photo: taviphoto via iStock)

Like all members of the cat (felidae) family, mountain lions are obligate carnivores, meaning they are purely meat eaters. Most of this meat is deer, but can include mice, rabbits and other small animals.

They are stealthy ambush predators, hunting in the dark and often attacking prey from behind with a lethal bite to the spinal cord. 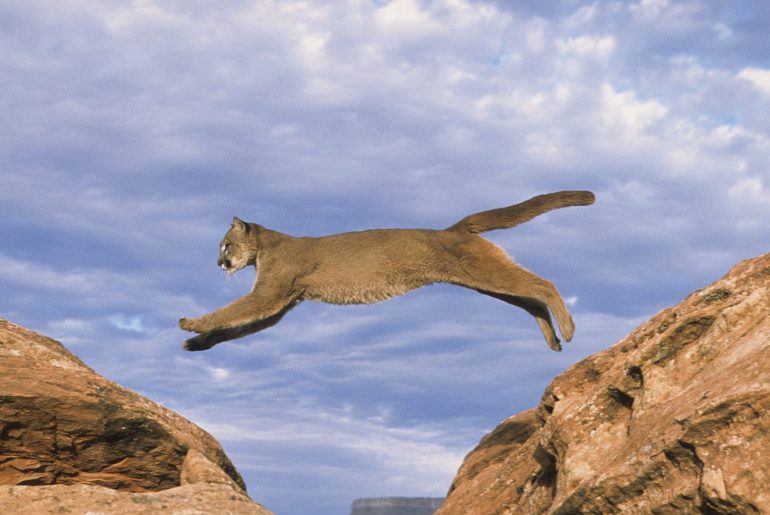 They can jump up to 45 feet in distance, which is almost the length of two double decker buses.

On average, female mountain lions give birth every two years and can have up to six cubs. Cubs are born with spots and blue eyes, both of which change as they age.

What’s In A Name?

The reason the mountain lion has so many names is because of its vast geographical range.

Mountain lions will shriek, hiss and growl. They’ll even purr like domestic cats. But they are the only big cats that cannot roar.