A group of domestic cats is called a glaring. An assemblage of leopards is a leap. And when tigers get together they form a streak. All fitting collective nouns for these members of the cat family. And as for what a group of lions is called? Read on to find out.

In discovering what a group of lions is called, one must venture into the realm of collective nouns. Collective nouns are what we call groups of things. This playful corner of grammatical idiosyncrasy has some fantastic names for animal groupings. Ever heard of an armoury of aardvarks? A parliament of owls? A scurry of squirrels? What about a wake of vultures? Some are fitting, others bizarre, but all fascinating in their own way. And when it comes to a group of lions, we think the collective noun is just right. 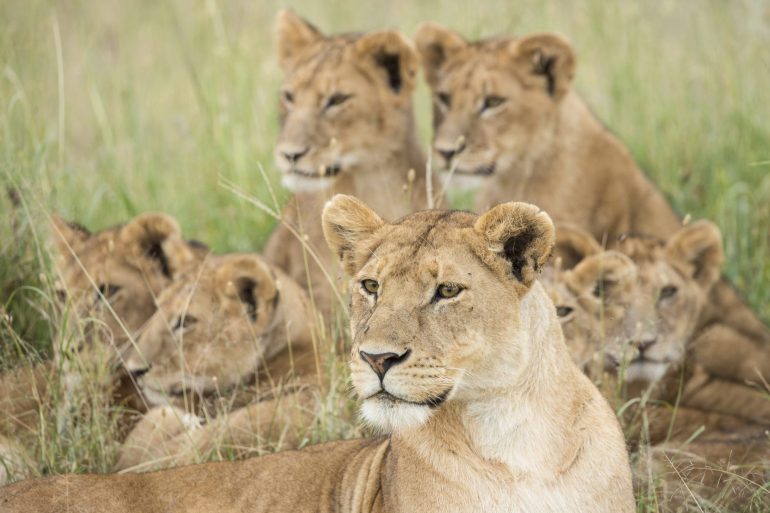 A Pride of Lions (Photo: StuPorts via iStock)

The primary name for a group of lions is a pride. Living in a pride makes lions unique in the cat family. No other cats, big or small, live in groups.

A pride is a group of lions ranging in size from four to 37, but the average is 15. Most of the members of the group are females, all of whom are related to one another. In this sense, a pride of lions is a family. There tend to be far fewer males, usually one to four. And they are transitory, usually ousted by other males. The rest of the group of lions are the cubs, of which the male members stay with the pride until the age of two or three years.

Other Names for a Group of Lions

A pride is by far the most common and well-known name for a group of lions, but it is not the only one. As already mentioned, male lions are temporary members of a pride. When they reach maturity, male cubs must leave their maternal pride to find unrelated females with whom to mate. They will do this by taking over another pride, ousting the males already there.

Thus, at any given time, there are groups of male lions roaming in search of females. The lion group name for one made up of only males is a ‘coalition’. The males can be unrelated, but are usually brothers or cousins.

Why Lions Group Together 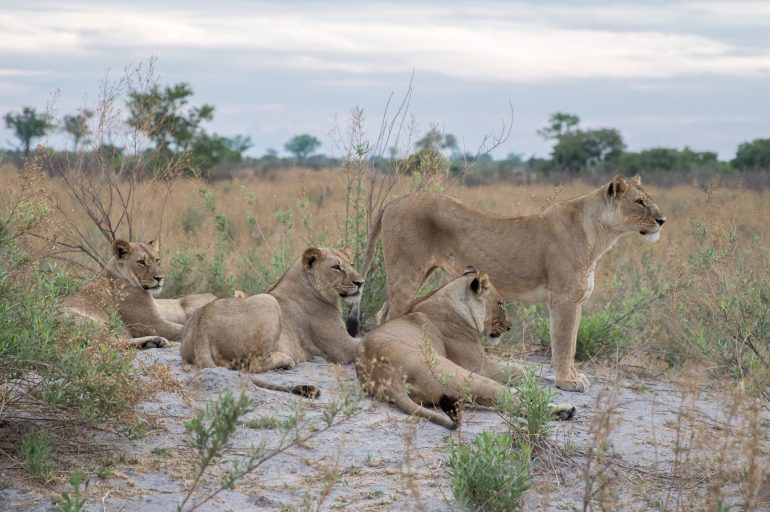 There are a number of possible explanations for lions forming prides. There is the obvious one; the idea of strength in numbers. Being in a group is safer, allowing better protection for all members, but especially cubs.

Hunting in groups is often cited as an advantage. And, while lions can hunt small prey individually, groups of lions can hunt larger prey more effectively and safely. There again, that does mean sharing food.

Lion prides are also able to control a territory. This is vital. A lion’s territory determines their access to the core triad of important assets, namely food, shelter and water.

A Pride or a Coalition

A group of lions is called either a pride or a coalition, depending on its makeup. And these groups are families of a sort.

While the origin of this collective noun is unknown, many attribute it to the longstanding association of lions with royalty. It’s also possibly derived from the word praeda, which is Latin for prey. A possible allusion to lions’ hunting in groups.

Whatever the etymology of the lion group name, it remains a fitting description for this noble animal.