The Myth of the African Tiger

Tigers are one of the world’s most graceful, impressive and beautiful animals. They represent power, courage, confidence and strength. They are cunning, intelligent and independent creatures. Without rival, these true apex predators are the subject of constant fascination and here, we will answer one of the most common questions about these colossal cats - why are there no African tigers?

The continent of Africa contains vast savanna plains inhabited by some of the most jaw-droppingly beautiful and mesmerising animals found anywhere on Earth.

Lions, elephants, giraffes, zebras, cheetahs, leopards, rhinos, hippos and buffalo all call Africa home. Observing these magnificent animals in their own habitat is one of the most impressive and humbling experiences the natural world can offer. But there’s one animal missing…

Why Are There No African Tigers? 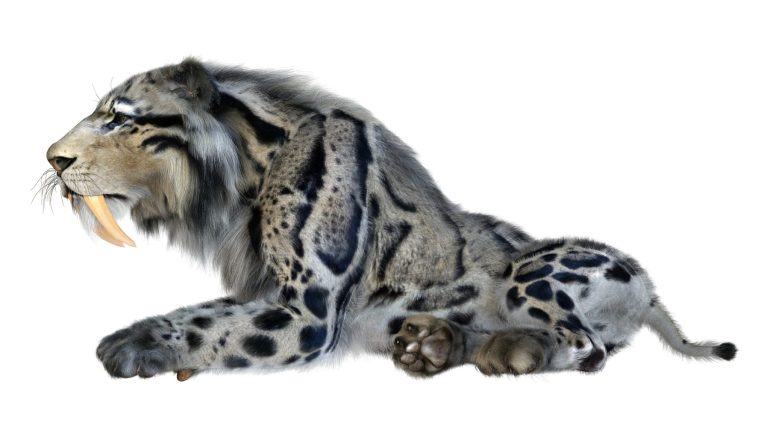 How a sabretooth tiger may look ( Photo: Vac1 via iStock)

To attempt to answer this question we must go back. Way back.

All modern carnivores evolved between 66 and 33 million years ago and it is believed that the first ‘true cat’, known as Proailurus, appeared in the fossil record about 30 million years ago.

Between 10 and 15 million years later, a prehistoric cat roughly the size of a cougar known as Pseudaelurus lived in Africa, and later, the now extinct sabre-toothed cats also evolved there.

However, for reasons which remain unknown to scientists and tiger experts, around two million years ago, an offshoot of the Felidae family – which includes lions, jaguars, leopards, ocelots, lynx, pumas, cougars and cheetahs – migrated east into Asia and over the next million-and-a-half years, they evolved into tigers.

The Obstacles in the Way

Once tigers became established in Asia they didn’t return to Africa, though there is no definitive answer as to why. One theory is that as tigers evolved across Asia they became used to their environments, the ecosystems and the availability of prey. At this point they were thriving and there was no imperative need to make the arduous journey back to Africa, where they would be subjected to new environments, ecosystems, prey and, crucially, predators.

Another theory is that over the period of a million years or more, the effects of glacial fluctuations and the slow erosion of land bridges joining continents made it very difficult – if not impossible – for tigers to have returned to Africa.

In order to get to Asia from Africa, the ancestors of the first tigers would have had to cross what we know today as the Middle East. Two million years ago when they first made the journey, that part of the world was a lush savanna. However, the ravages of time turned much of the Middle East into an arid, dry desert and the return journey would have been impossible due to the lack of food and water.

In addition, the devastating effects of severe climate change during the last Ice Age (between 2.4 million years ago and as recently as 11,500 years ago) played a starring role in the decimation of the tiger population in Asia, and this is another possible reason why there are no African tigers.

During this time, the planet’s climate fluctuated from extreme cold – when glaciers covered much of the earth’s surface (glacial periods) – and periods of warmth, when the glaciers melted and formed our seas (interglacial periods). Scientists believe there were at least seventeen cycles with the last glacial period beginning around 100,000 years ago and lasting for 75,000 years.

Over the last 25,000 years, Asia’s tiger population steadily grew – until humans got involved significantly harming the number of wild tigers. Today, there are less than 4,000 wild tigers in Asia.

Could Tigers Survive in Africa? 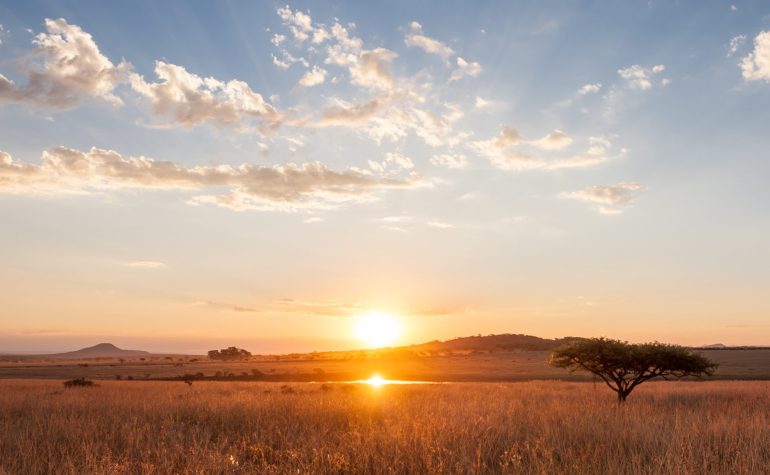 Sunset over the African Plains (Photo: Dane Moore via iStock)

The myth of African tigers is one that has been perpetuated for two million years. One question that is commonly asked is whether tigers could actually live wild in Africa today?

Again, the answers are purely hypothetical. One school of thought suggests that given the fact leopards, lions and cheetahs all live in Africa, it’s possible that tigers could, however there are perfectly valid reasons why they wouldn’t.

In fact in 2003, two South China tiger cubs were introduced to South Africa after the founders of a charitable foundation bought 74,000 acres of land with the aim of rewilding them. Due to the vast differences between the ecosystem in China and that of South Africa, the cubs died. Notwithstanding the differences in available food sources and the fact that tigers would be subjected to aggressive opposition for territory and face predators they would never have encountered in Asia, the answer to the question of whether tigers could survive in Africa is somewhere between ‘highly unlikely’ and ‘definitely not.’ 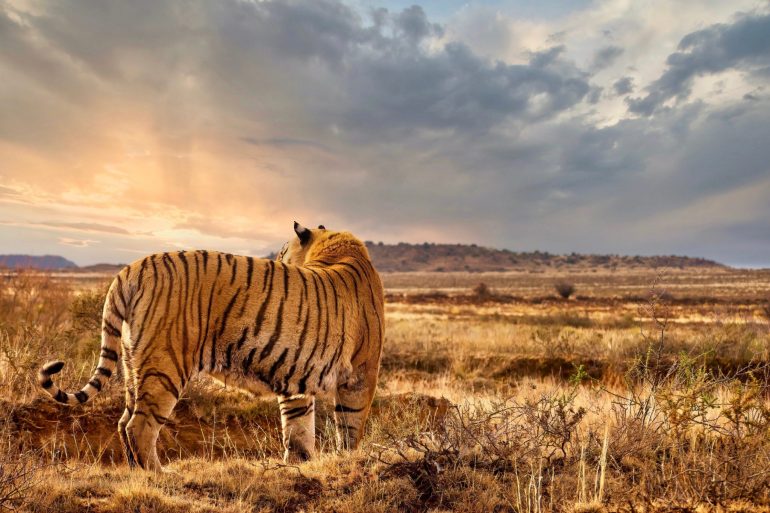 So now we know why there are no wild tigers in Africa. While the ancestor of the tiger did evolve on the African continent, that was millions of years before tigers as we know them today developed. As far as we know, there have never been, nor will there ever be, tigers living wild in Africa.