The Barbary lion is one of the most spectacular beasts ever to have walked the face of the Earth. Known as the Berber lion, the North African lion, the Egyptian lion and the Atlas lion, this is one of history’s most famous animals. Read on to find out about the life, habitat and diet as well as some mind-blowing facts about this colossal carnivore.

Believed to be the link between the African and Asian lion, the Barbary lion has been featured throughout known history. With its trademark dark mane, it is the biggest and most aggressive of all lion species. While once they were even kept at swanky London hotels as the star attraction, sadly today the last remaining Barbary lions are in captivity. Here, we’ll tell you the most amazing Barbary lion facts. 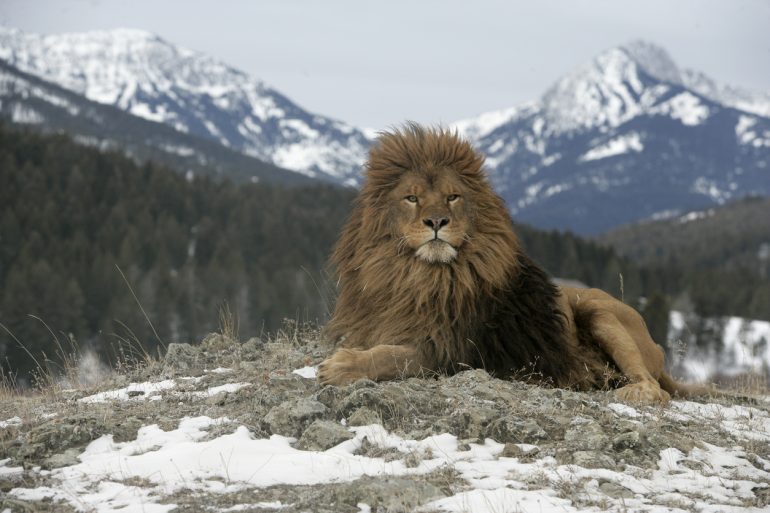 One of the most fearsome and classically beautiful of all apex predators, the Berber lion males have a wonderfully thick, dark mane which reaches down to their elbows and under their bellies. It is believed these manes developed due to the cooler temperatures in the Atlas Mountains, lower on average than other regions of North Africa. They have powerful, muscular bodies and are believed to be among the biggest lions that have ever lived.

How Big are Barbary Lions? 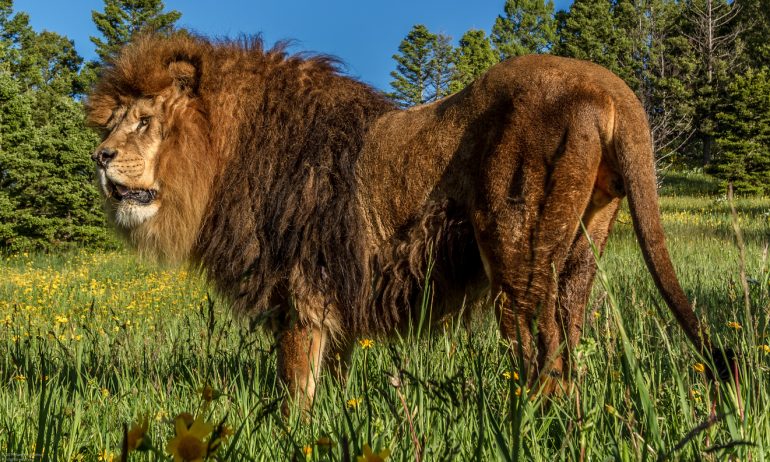 The true size of a Barbary Lion (Photo: Mizu001 via iStock)

Generally speaking, big cats kept in captivity rarely achieve the sizes and weights of their wild counterparts. Accounts from hunters in the nineteenth and early twentieth centuries suggest the Barbary lion measured up to 3m long and weighed over 300kg but the accuracy of this information is questionable. Males in zoological collections vary from between 2.3 metres long to 2.8 metres long and females up to 2.5 metres long.

Where do Barbary Lions Live? 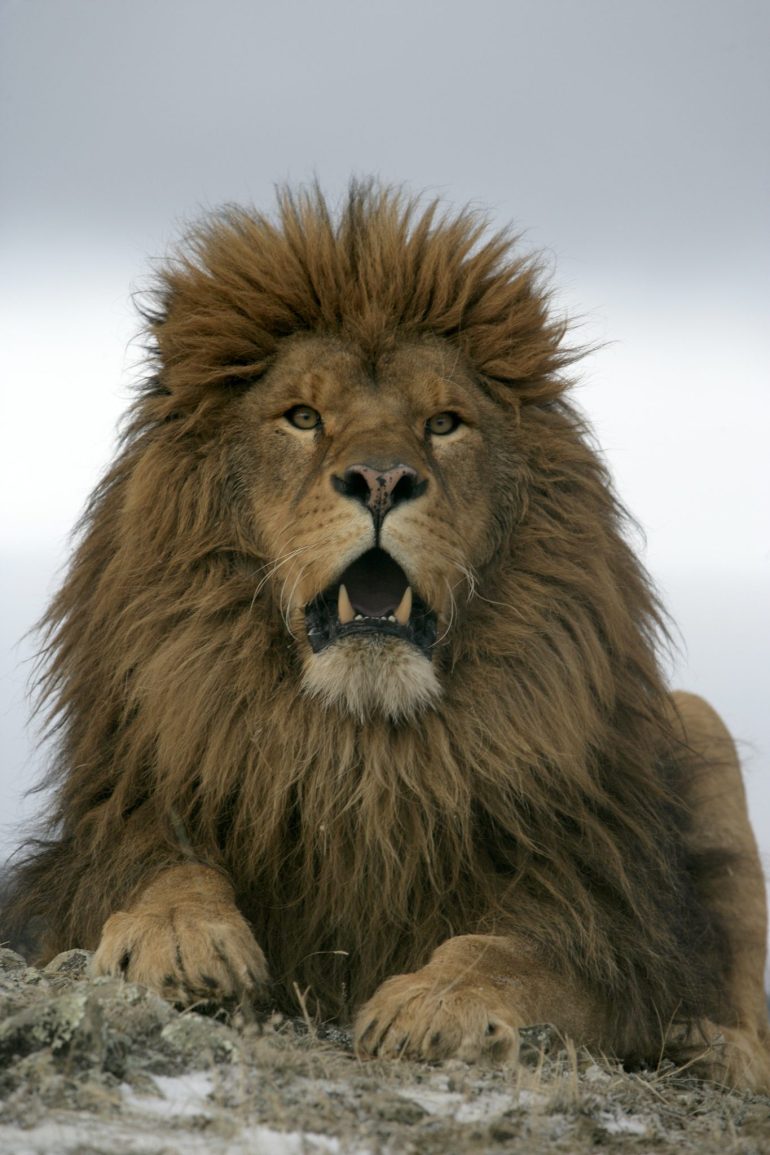 The historic range of the Barbary, or Berber lion, was in the Atlas Mountains in North Africa stretching around 1,600 miles across the Rif Mountains in Morocco, the Ksour and Amour ranges in Algeria and the Aures Mountains in Tunisia. They also roamed across the Barbary Coast through Libya and into Egypt – which is why sometimes it is known as the Egyptian lion.

Unfortunately today, they are extinct in the wild. By the 1830s, they had been eradicated from the Mediterranean coast as human settlements evolved and they were extinct in Tunisia by 1890. By 1893 they were extinct in Algeria and none were seen between 1902 and 1910. The last recorded shooting of a Barbary lion took place in a mountain pass in Tizi n’Tichka in the Moroccan High Atlas in 1942.

There were probably a number of very small populations present in Morocco and western Algeria into the 1940s and it is believed they finally disappeared during a military conflict in Algeria between around 1958 and 1962, as their mountain forest habitats close to the coast were destroyed. The last recorded sighting in Algeria was in the far northwest of the country near the town of Sétif in 1956, though it’s possible that small remnant populations survived into the 1960s.

Today, one of the saddest facts about Barbary lions is that there are fewer than 100 remaining in captivity, just under half of which are in Morocco’s Rabat Zoo.

What do Barbary Lions Eat? 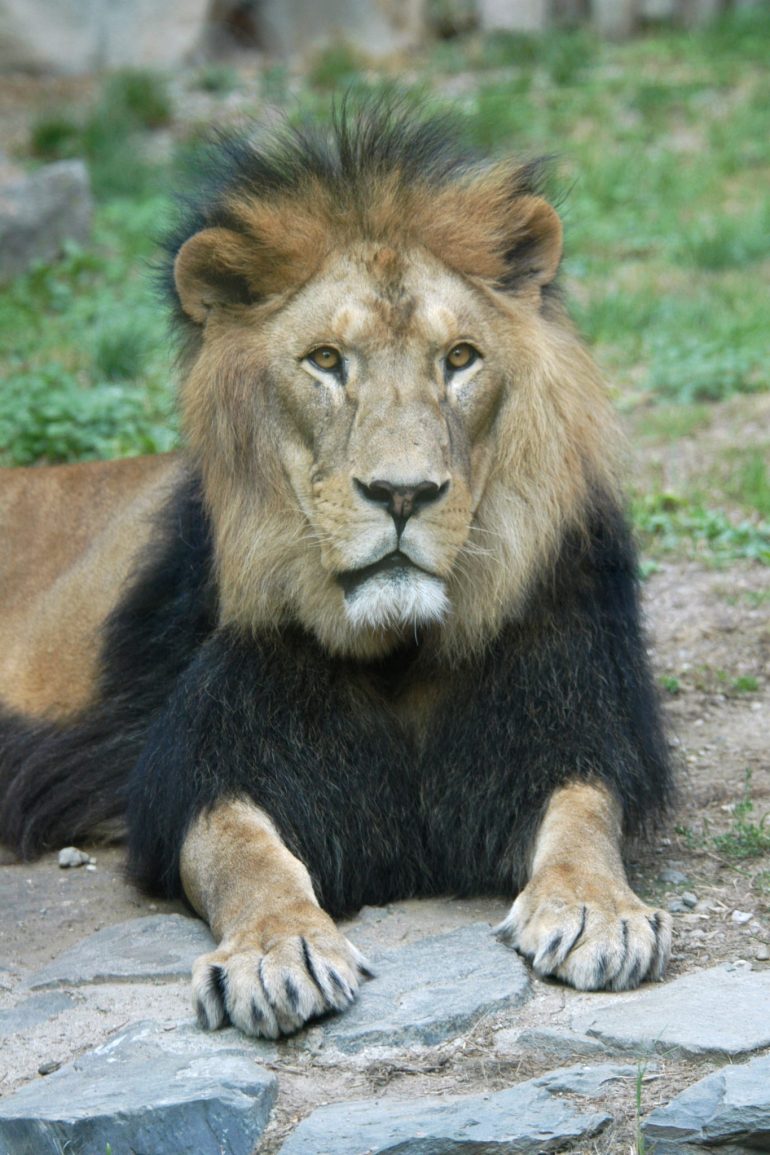 All big cats are carnivores and they have a preference for large prey. In the Atlas Mountains they fed on Barbary stag and gazelle and elsewhere on red deer and wild boar.

When these became scarce they would attack domestic livestock – sheep and cattle – on farms. This often led to a deadly confrontation with humans intent on protecting their livelihoods.

Unfortunately their hunting methods were never accurately documented but it is assumed that, like the Asiatic lion, they would kill their prey by strangulation and share the kill amongst their pride.

Pride of Place in London

In 1937, workmen excavating the moat at the Tower of London found two amazingly well-preserved lion skulls. It was determined they were the skulls of pure-bred Barbary lions from the Tower’s Royal Menagerie. Carbon dating aged the oldest lion to between 1280 and 1385 and the other to between 1420 and 1480, the oldest lions found in the UK since the extinction of wild cave lions at the end of the last ice age.

This is a Latin phrase that means ‘condemnation to beasts.’ During the Roman Empire, Barbary lions faced off against gladiators in the Roman Coliseum, as well as in hundreds of amphitheatres all across the empire from western Europe to the eastern borders of the Middle East. Thousands of these beasts were slaughtered (along with a fair few gladiators) in the name of spectator sport.

The national football team of Morocco is nicknamed the ‘Atlas Lions’. Their most hardcore fans can often be seen wearing lion suits at games! If the team has an off day, one popular saying is that they ‘played like they’d eaten hay’, a famous Berber expression.