The ocean’s apex predator has a well-earned reputation as the most terrifying animal on Earth. Over the years, they have been responsible for possibly thousands of attacks on humans, but which is the world’s deadliest shark? Read on to find out...

Few animals can instil a level of visceral fear in us quite like sharks. They rank among our planet’s most ancient creatures and have perfectly honed their predatory skills over nearly half a billion years.

The vast majority are placid, going about their business quietly and bothering no-one, but some aren’t. Some are fast, powerful and violent killing machines, but which is the world’s most dangerous shark?

The simple answer to that question is ‘yes’. Sharks are dangerous in the sense that they can attack humans – though in theory the same can be said for dogs, cats or even guinea pigs.

For sharks however, we live in a world where pop culture has offered a rather unflattering portrayal of them over the years, no more so than the classic movie Jaws – perhaps the scariest shark in the world – even though it was made of latex and rubber!

That said, of the more than 500 species of them in the sea, with a range of shark sizes from the massive to the very smallest sharks and only a tiny minority have ever bitten humans. Statistically speaking, you’re about as likely to be killed by a vending machine as you are by a shark. 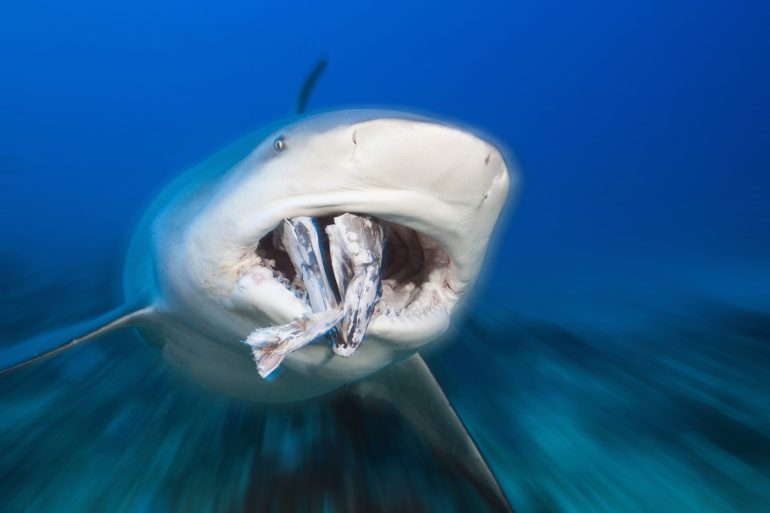 The ISAF is the world’s most authoritative database of global shark attacks. They report around 70 – 100 shark attacks every year with approximately five deaths, although almost certainly dozens more attacks go unreported.

In addition, determining the world’s deadliest shark is not an exact science since it can often be difficult to be certain of the details of any given attack. Added to this lack of certainty, groups such as requiem sharks look so similar that even experts find it hard to tell them apart – leading to a further lack of solid facts in regard to shark attacks.

In 2020, the ISAF recorded 57 unprovoked shark bites worldwide, with 10 deaths. Six in Australia, three in the USA and one in St Martin in the Caribbean Sea.

What is the World's Most Dangerous Shark? 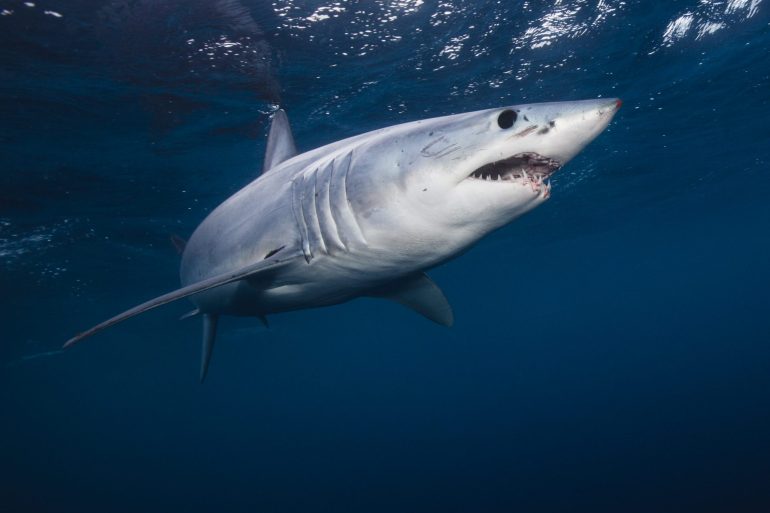 According to the ISAF there have been 898 attacks by confirmed shark species (774 non-fatal unprovoked, 124 fatal, unprovoked).

Towards the bottom of the list with one or two non-fatal attacks we find sharks like the porbeagle, leopard, silky and the guitarfish. Further up the list with a handful or more attacks include the spotted wobbegong, cookiecutter, Caribbean reef, lemon and blacktip reef and then we move into the realms of the top 10 most lethal sharks:

There is more to love about the underwater world than to fear but whether a great white or a goblin shark, frilled shark or grey reef shark, all sharks are creatures to respect, especially if you’re in their realm. And remember, you’re more likely to get hit on the head by a falling coconut than bitten by a shark.