The grey reef shark is an aggressive, domineering apex predator. A classically beautiful and immensely powerful shark at the top of the food chain. Read on to find out about the gray reef shark, it’s size, habitat and some extraordinary grey reef shark facts.

The grey reef shark was first described in 1856 as Carcharias amblyrhynchos but was later moved to the genus Carcharhinus. It is a fascinating creature and one of the oceans’ most voracious marine predators. 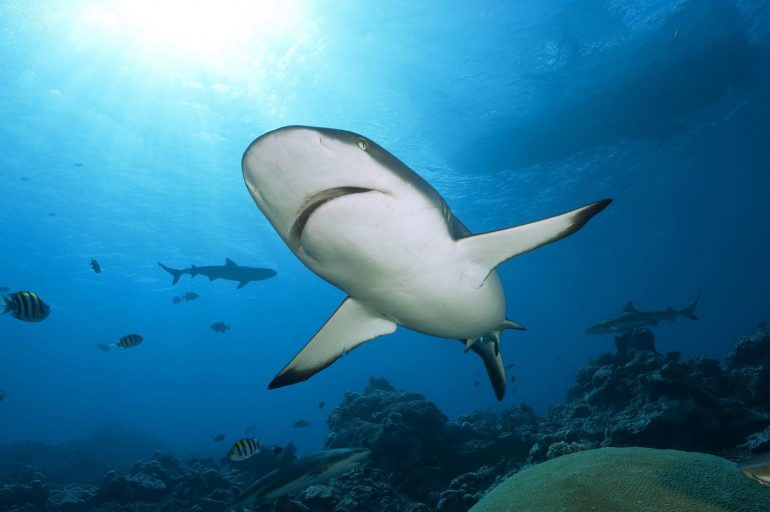 Inhabiting some of the world’s most stunning coral reefs, the grey reef shark is also known as the black-vee whaler shark, bronze whaler shark and the school shark and it’s colouring stands it out as one of the ocean’s most attractive sharks. It’s dorsal surface is dark grey with an iridescent bronze sheen and it’s ventral side is almost white.

To the casual observer, the gray reef shark is often mistaken for the blacktip reef shark. They both have black trailing edges on their fins and both live amongst the coral reefs of the Indian and Pacific oceans, but that’s where the similarities end. 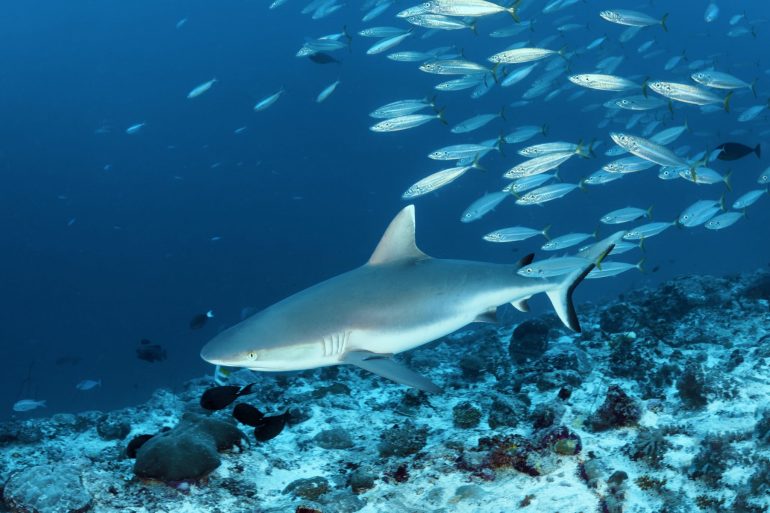 Like most species of requiem shark, the female gives birth to live young in relatively small litters of 1-6 pups after a gestation period of approximately 12 months. This is compared to the female blue shark which can deliver up to 135 pups!  At birth the grey reef shark’s size is somewhere between 45 and 70cm and at maturity – around seven years old for both males and females – the females average 1.2 – 1.4m and the males slightly longer at 1.3 – 1.5m. The lifespan of the grey reef shark is believed to be around 25 years of age. 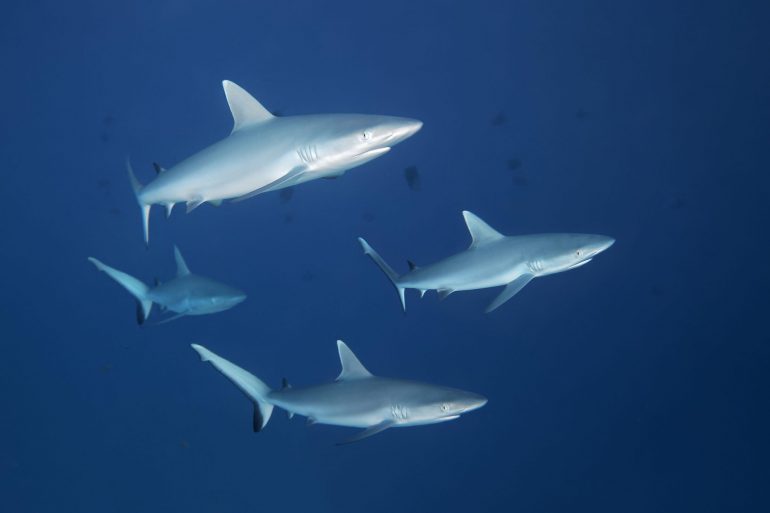 The grey reef shark’s habitat is found in coastal, shallow waters in the Indian and Pacific oceans, typically no deeper than 80m. In the Indo-Pacific it can be found from the Red Sea all the way down to northern South Africa and in the tropical waters off Madagascar, Mauritius and the Seychelles. In the western Pacific, it can be found from southern China to northern Australia and as far west as the French Polynesian islands. 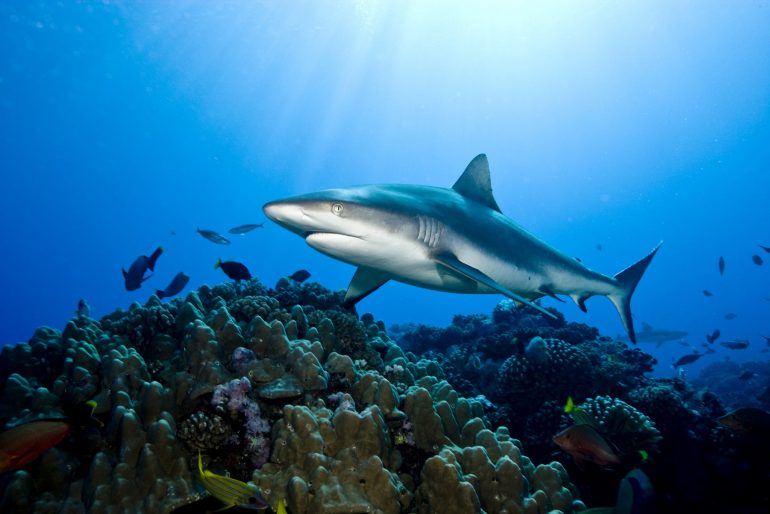 Shark dive in the reefs of Moorea. (Photography by Stephen Frink via Getty Images)

Thanks to its amazing bronze colouring and broad conical snout, the grey reef shark is one of the most distinctive sharks in the ocean. Here are the best grey reef shark facts!

What Do They Eat?

The grey reef shark hunts both individually and in groups and feeds mainly on small bony reef fish as well as squid, octopus, shrimp and lobster.

Do They Need to Keep Moving to Stay Alive?

Like many other sharks, the grey reef shark must keep moving to draw water into its mouth and pass it out. The blood vessels inside the gills extract the oxygen from the water and will expel the excess out. While they don’t fall asleep like humans, they do fall into states of deep rest and even while resting, their eyes continually monitor the motion of predators and prey.

The grey reef shark is an apex predator and considered to be one of the most aggressive of the requiem sharks. According to the International Shark Attack File, there have been seven unprovoked and six provoked attacks on humans, none of which proved fatal.

The International Union for the Conservation of Nature lists the grey reef shark as ‘Near Threatened’. This is due to a number of factors including the small litter size and relatively late age of maturity, the degradation of the world’s coral reefs and commercial fishing.

What Does it do When it Feels Threatened?

If it feels threatened, it will perform a threat display, the most pronounced and antagonistic of any shark. It will raise its snout, drop its pectoral fins and arch its back. It will swim with an exaggerated side-to-side movement in loops or figures-of-eight and will decide to withdraw or deliver a high-speed attack. 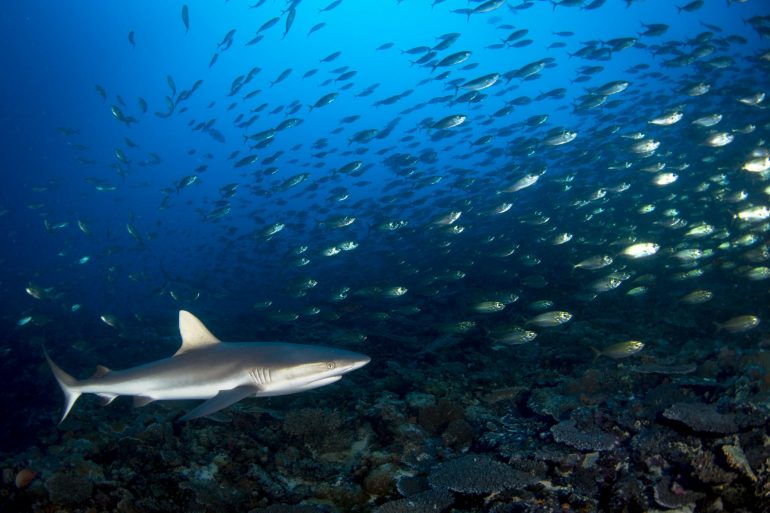 The grey reef shark is known as requin dagsit in French, tiburón de arrecifes in Spanish and marracho enlutado in Portuguese.