Sharks are the most feared creatures in the sea with a reputation as the perfect predator. Most people think of them living out in the vast ocean or on exotic and tropical coral reefs - and many do - but if you go swimming or diving off the British coast, chances are you’ll be sharing space with a shark or two. Read on to find out about sharks in the UK. There are more than you might think...

Sharks are the most fascinating – and misunderstood – animals in the world but there’s more to these remarkable creatures than the great white and the hammerhead.

It’s a question that comes up in schoolrooms across the country, are their sharks in the UK? Well, one of the most interesting shark facts for kids is that the waters around Britain are actually teeming with sharks, including some of the fastest, rarest, biggest and most highly migratory in the world.

There are even over 20 species of sharks that remain in UK waters all year round. However, it’s unlikely you’ll come face-to-face with one while you’re paddling in the sea and – even if you do – you’re safe in the knowledge that to date there has never been an unprovoked attack by sharks in England or sharks in Scotland since records began way back in 1847.

Which Sharks are in British Waters? 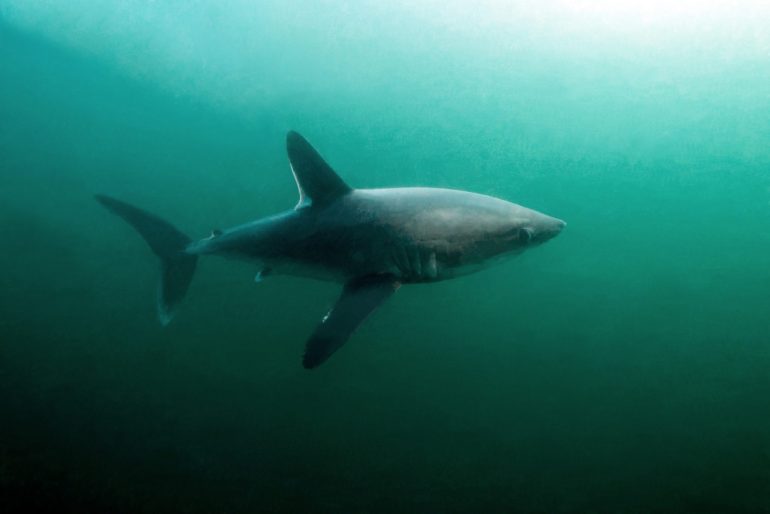 From very small sharks to the second largest fish in the sea, there are lots of different British sharks. For sharks in England, the most likely areas in which they dwell are the waters off Devon and Cornwall and up the west coast.

Other types of sharks in the UK include many species of dogfish and catshark, frilled shark, bramble sharks, kitefin sharks, gulper sharks, spurdogs, topes and the wonderfully named starry smooth-hound shark.

However, the more surprising sharks in the UK tend to be found further north. One of the most remarkable sharks in Scotland is the incredible basking shark, the second largest fish in the world. It grows up to 12 metres and can weigh a staggering nine tonnes. Between May and October, this behemoth can be found on Scotland’s west coast in the Sea of the Hebrides.

So revered are these gargantuan guests that this 10,000 km² body of water separating the Inner and Outer Hebrides has been designated a Marine Protected Area (MPA), predominantly to protect the basking sharks and the minke whales. In addition, the basking shark is a protected species of fish and categorised as a Priority Marine Feature in Scotland’s seas.

Are there Great White Sharks in the UK? 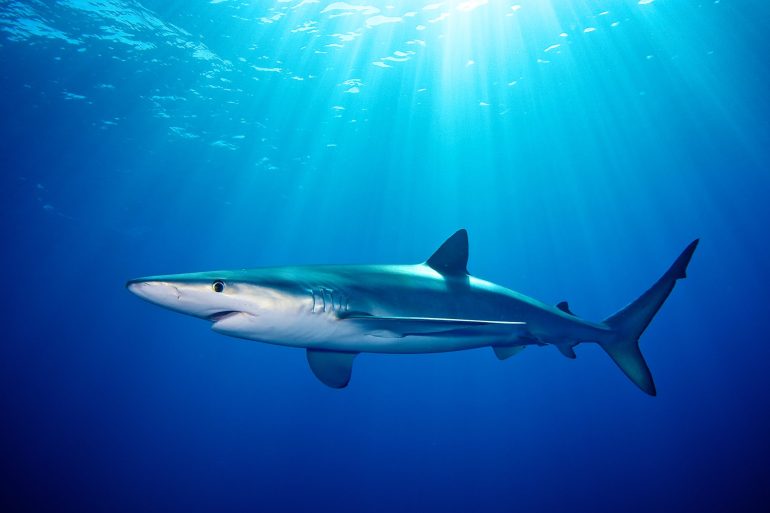 There have been over 100 claimed sightings of the most notorious apex predator in the ocean but so far, not one has been confirmed. Given the conditions, it is not outside the realms of possibility for there to have been a great white shark in UK waters, and scientists believe the great white may be an occasional visitor. However, despite it being one of the largest species in terms of shark size – there’s no absolute proof, and in fact many of the sightings are a case of mistaken identity with the basking shark.

The closest there’s been to a great white shark in England is a female caught in the Bay of Biscay in 1977, almost 170 miles off the coast of Cornwall. In 2014, a tagged great white called Lydia was the very first to be documented crossing the Mid-Atlantic Ridge although she was still 1,000 miles from our shores.

UK waters are home – permanently or temporarily – to a wonderfully diverse array of British sharks that keep the seas healthy and many people in Britain remain constantly surprised by the prevalence of so many sharks in British waters.