There’s a lot more to the story of shark’s teeth than the pop culture stereotypes tell us. Like sharks themselves, their teeth are dependent on feeding habits and what they eat so answering the question ‘how many teeth do sharks have’ isn’t as straightforward as you might think. Read on to find out the fascinating facts - from demonic dentures to cute cuspids.

Shark’s teeth are not all as scary as the movies make out. Some are huge, serrated and razor-sharp – designed to rip, tear and kill their prey – but others are tiny and virtually useless, playing absolutely no role in feeding at all.

Unlike humans who grow 20 milk teeth which are replaced with 32 adult teeth, the number of teeth a shark has in its lifetime will shock you… 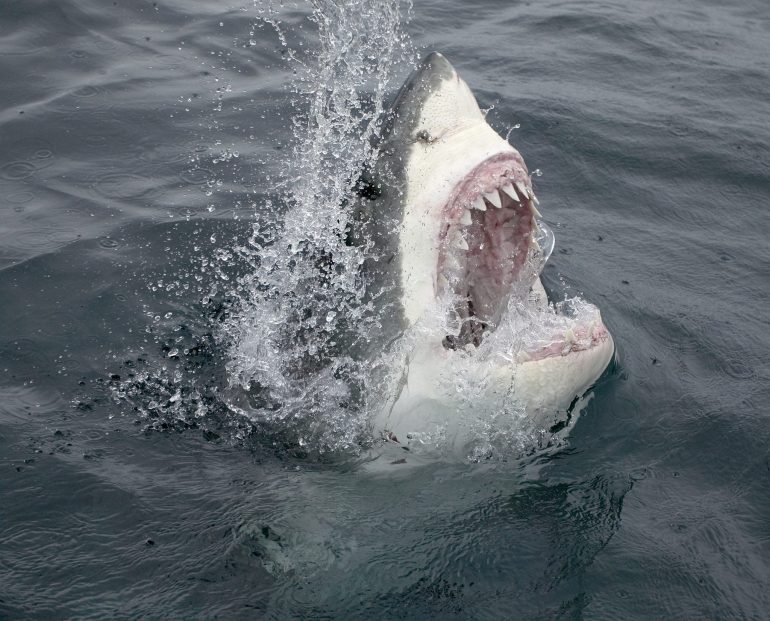 There are over 500 species of shark in the sea and while each species or family of sharks has its own distinctively-shaped teeth, they can be broadly divided into four main categories –

Used to crush and grind bivalves such as oysters, clams, scallops and mussels and crustaceans like lobsters and crabs.

Used to grip slippery, narrow-bodied fish and smaller sharks and was the first type of tooth that developed in sharks, around 400 million years ago.

The great white shark’s jaws are full of these deadly dentures. They are used to saw at prey and they use the serrated edges to cut their catch into smaller, bite-sized chunks.

Ironically, it’s the biggest sharks in the sea – the whale shark and the basking shark – who have the tiniest teeth that do very little aside from possibly offering a helping grip during mating. These are filter-feeders who use their huge, wide mouths to filter thousands of litres of water enabling them to eat hundreds of pounds of zooplankton every day.

How Many Teeth do Sharks Have? 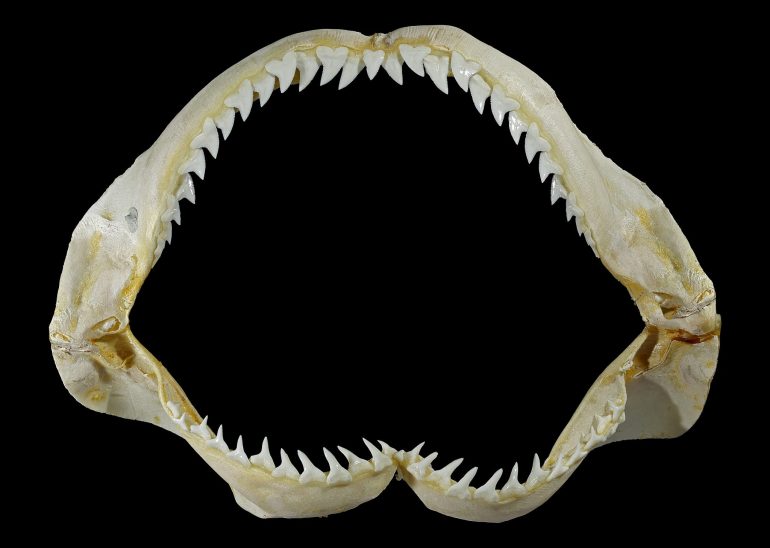 Sharks have been around for almost half a billion years and in that time, their teeth have perfectly adapted to the environments in which they inhabit and the food they eat. On average, sharks have between 50 and 300 teeth. The frilled shark, for example, has 300 backwards-curved teeth, each one is equipped with two additional needle-like cusplets so once they’ve snared their prey, it’s not going anywhere. The phrase ‘death by a thousand cuts’ has never been more accurate.

While that’s a fascinating fact about shark’s teeth, perhaps the most amazing is the number of teeth a shark gets through in its lifetime. Unlike lions or tigers, the apex predators on land, sharks don’t have claws in which to grab their prey so they are completely reliant on their teeth.

Lost or dulled teeth presented an acute problem to their very survival as a species – so they evolved an amazing solution to the problem. Sharks grow teeth throughout their entire lives and a new set is constantly growing inside the sharks’ jaws, rotating forward, just like a conveyor belt. As one falls out, it’s substitute is there, ready, and they can be replaced very quickly as they grow in the gum tissue rather than deeply rooted in the jawbone like human teeth do (unlike humans, sharks have a cartilaginous skeleton meaning sharks have no actual bones).

How Many Teeth does a Great White Shark Have?

The most famous movie about sharks – Jaws – pushes the stereotype of this fearsome apex predator to the limit but it’s not without some degree of accuracy. The great white has two types of teeth – pointed lower teeth and triangular upper teeth – known as dignathic heterodonty.

However the question ‘how many teeth does a great white shark have’ throws up an odd answer.

A great white shark has around 300 teeth but only around 50 active teeth at any one time. The other 250 or so wait patiently to take their turn to viciously rip and tear at their prey and with a bite force of over 18,000N (humans have a bite force of around 1,200N), you don’t want to be in the way of a great white at feeding time… 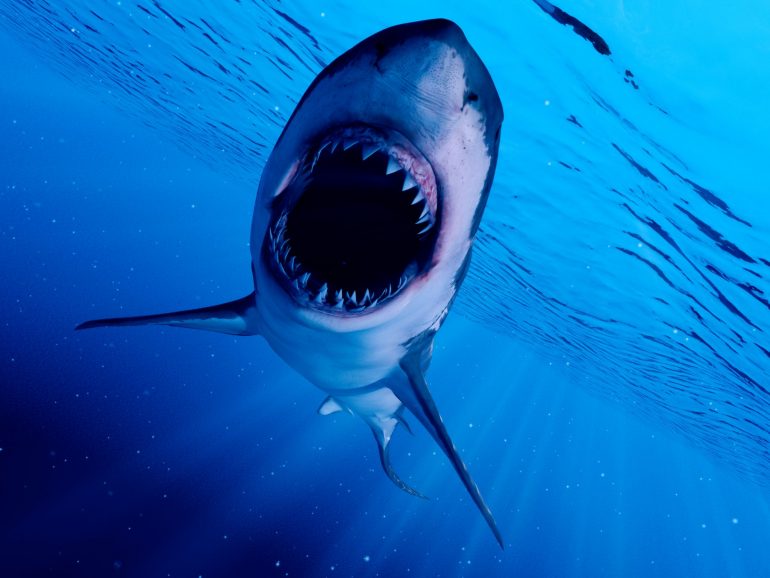 A great white shark about to attack (Photo: Getty Images)

Some sharks eat their own teeth!

The cookiecutter shark doesn’t lose one tooth at a time, it sheds its entire lower plate at the same time and will often swallow them with whatever food it’s eating.

Sharks don’t need to go to the dentist

Sharks have fantastic dental hygiene. Their teeth are coated in an acid-resistant enamel that makes cavities virtually impossible.

Unlike virtually all other animals, both the sharks’ jaws – the upper and lower – move so they can get maximum force into each bite.

Once Upon a Time One Shark had Absolutely Huge Teeth!

The teeth of the megalodon, the largest shark that ever lived, measured over 18cm from top to bottom. By way of comparison, the smallest shark in the world, the male dwarf lanternshark, measures the same length from nose to tail!