Classic 80s Porsche Models That Will Bring Back Memories

Porsche is one of the world’s most famous car marques. The very mention of the name conjures up images of beautifully-designed, exquisitely engineered icons of the motoring world. In a decade of disposable income, big hair and even bigger mobile phones, the German geniuses reigned supreme. Read on to find out about the very best Porsche models from the eighties.

At Porsche, their 1980 models were some of the most technologically advanced cars of the last true analogue decade. In a period of breathtaking change in the worlds of music, entertainment and politics, the marque that perfectly encapsulated the 1980s was undoubtedly Porsche. The age of glorious decadence was most demonstrably displayed on the road, so here are the best 80s Porsche models. 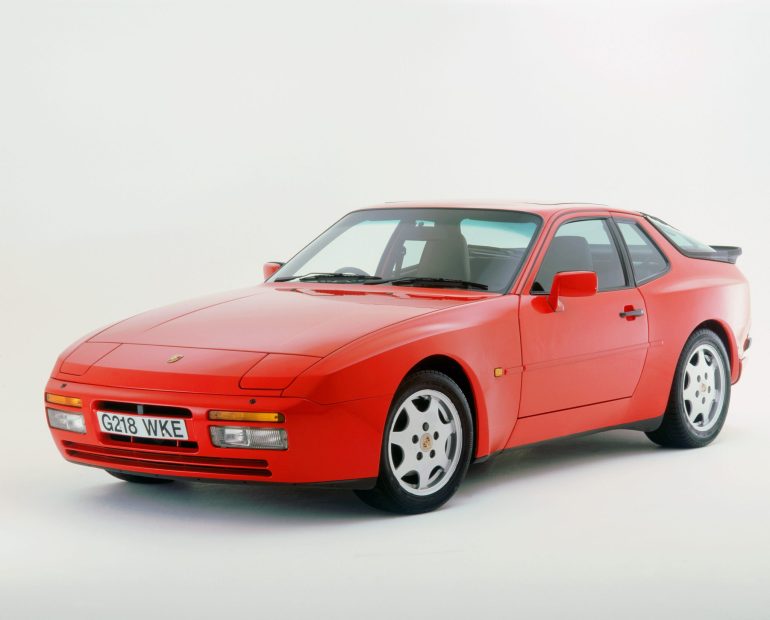 At Porsche, their 1980 models were some of the most stand-out cars of the decade, including the world’s first supercar.

Despite being in the shadow of the 911 and dismissed unfairly by Stuttgart’s purists, the 944, with over 163,000 cars sold, was Porsche’s most successful sports car until the Boxster was introduced in 1996. It was this success which was vital in helping keep the company afloat during a period of financial turbulence.

Based on the 924, the more muscular 944 was one of the most important of all 80s Porsches. It helped bridge the ever-widening gap between the 924 and the 911, and was launched with a 2.5-litre inline-four engine (effectively half the 928’s 5.0-litre V8). The first iteration handled beautifully, the grip was astonishing and it was a genuinely superb car. However, in 1985, something truly special arrived…

The 944 Turbo was sensational. Its performance numbers knocked on the door of the 911. Instead of the naturally aspirated 143hp and a 0-60 time of just over eight seconds, you were looking at 220hp, a 0-60 time of 5.7 seconds and a top speed of 162mph. The Turbo SE was released in 1988 with 30hp more, and a bigger turbo. If possible, it was an even better version of an already remarkable car. The 944 in all its cloaks was one of the very best of the Porsche models from the 80s.

Porsche also did it with the 959. It was their first supercar and when it was launched in 1986 it was the fastest production car on earth. It combined the performance of a stripped-out racing car with the luxuriously refined comfort of a great GT cruiser.

The outstandingly good 2.8-litre twin-turbocharged flat-six generated 444 hp and was based on the 911 engine. The halo bloodline meant that design wasn’t going to stray too far, but it was the performance statistics that stood the 959 out as the king of the supercar jungle. A 0-60mph time of 3.6 seconds and a top speed nudging 200mph were simply phenomenal for a car from the 1980s. Porsche had created a near-perfect precision instrument, that came with a wallet-emptying £150,000 price tag. It is believed (like Bugatti with the Veyron) that the Germans lost money on each car they sold.

To illustrate how good the 959 was, Ferrari countered with the F40.

To some purists, Porsche was getting lazy with their development of the 911. It had been around for 25 years and its aesthetic stagnation was hard to ignore, especially as Ferrari, Aston Martin and Lamborghini were churning out some eye-wateringly beautiful cars. But then came the 964.

Known to most of us as the 911 Carerra 4, it marked the biggest step-change in the quarter-century since the ‘neunelfer’ first appeared on the road.

One of the most technologically advanced of all the 80s Porsche models, the 964 claimed to be 85% new, with integrated bumpers, improved aerodynamics, an electronic rear spoiler, redesigned suspension, power steering, dual front airbags and ABS. In addition, the old 3.2-litre flat-six was replaced with a 3.6-litre boxer engine generating 250hp with a 0-60 time of 5.5 seconds and a top speed of 163mph. It was the most powerful normally aspirated 911 in the world.

The ‘911 with attitude’ was the last of the Porsche models from the eighties and it had to be good. It was. Very, very good. It became an iconic automobile, and for Porsche it paved the way for their next decade and a host of 90s Porsches that pushed the boundaries even further.