The 1940s can be split into two very clear halves. The war years and the post-war years. Between 1940 and 1945 car production made way for the war effort. After the war, there was cautious optimism which came with real and lasting innovations in design and technology and there were some truly memorable 1940s classic cars. Read on to find out which ones were the best.

The 1940s was a decade of conflict and destruction followed by hope and resurrection, and the car industry was no different. As the war ended, Britain’s automotive industry led the world. By the end of the decade, Britain was the world’s largest exporter of cars, up from 17% in 1937 to 75% in 1949, with the majority going to the USA and Australia. There were some incredible British cars of the 1940s as well as some fantastic 1940s American cars. Here are the most marvellous motors from both sides of the Atlantic.

The Best British Cars of the 1940s

Out of the devastation of World War II, British car manufacturing hit some incredible heights. Here are some of the best 1940s cars made in Britain.

At 124.6mph, the 3.4-litre straight-six XK120 was the fastest production car in the world when it launched in 1948. Not only was it quick, it was a revolutionary sports car with stunning, wave-like lines that quickly set it apart as one of the most important Jags of the 40s and one of the most sought-after British cars of the 1940s. 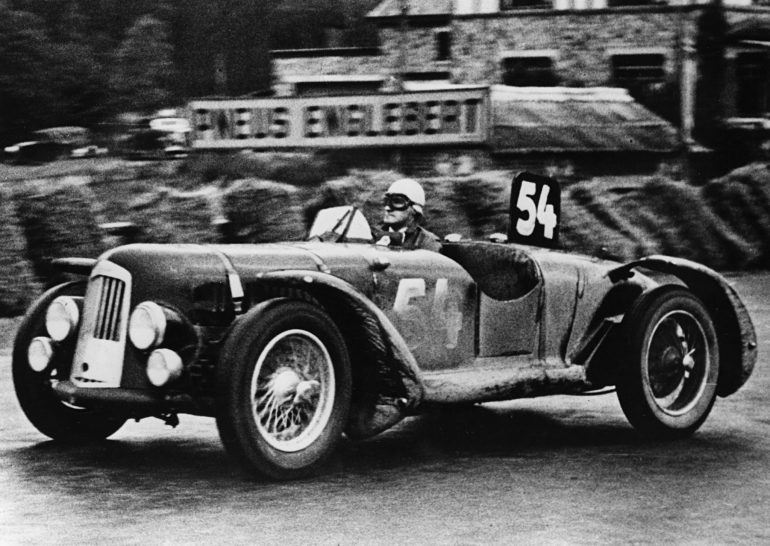 Originally known as the 2-Litre Sports, it was the first car produced by Aston Martin after the company was bought by David Brown for £20,000 – it therefore became known as the DB1. The curvaceous body hinted at what was to come in Aston’s future. With only fifteen produced and nine left in existence, it’s one of the rarest – and therefore probably one of the most expensive – of all 1940s classic cars. 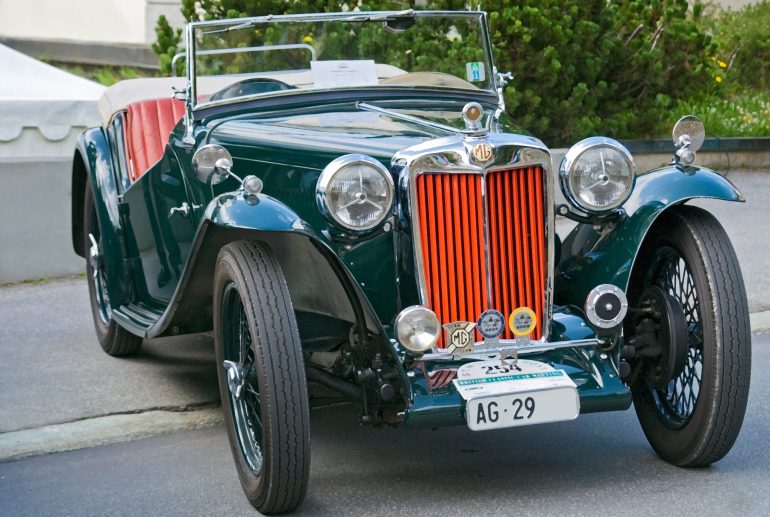 After six years of building tanks and aeroplane engines, the first post-war MG was responsible in no small part for starting the American infatuation with British sports cars. The 1.3-litre, 54hp engine propelled this charming little battler from 0-60 in 23 seconds but what it lacked in speed and luxury refinement, it more than made up for by stealing a nation’s attention away from the war and towards an optimistic future.

The first 2-litre production saloon car to reach 100mph, the Bristol 401 was an elegant, hand-built grand tourer helped in no part by a superb straight-six engine from the pre-war BMW 328. At over £3500, only Bentley and Rolls-Royce made more expensive 40s cars. However, it was worth it, not least for the wonderful push-button door releases and the slathering of wood and leather.

The Most Amazing 1940s American Cars

On many levels, post-war America mirrored that of the UK. While there had been some amazing motoring highs in the 1930s, it took a while for car manufacturing to get going in the post-war 40s, but when it did, boy did they make some serious rides! 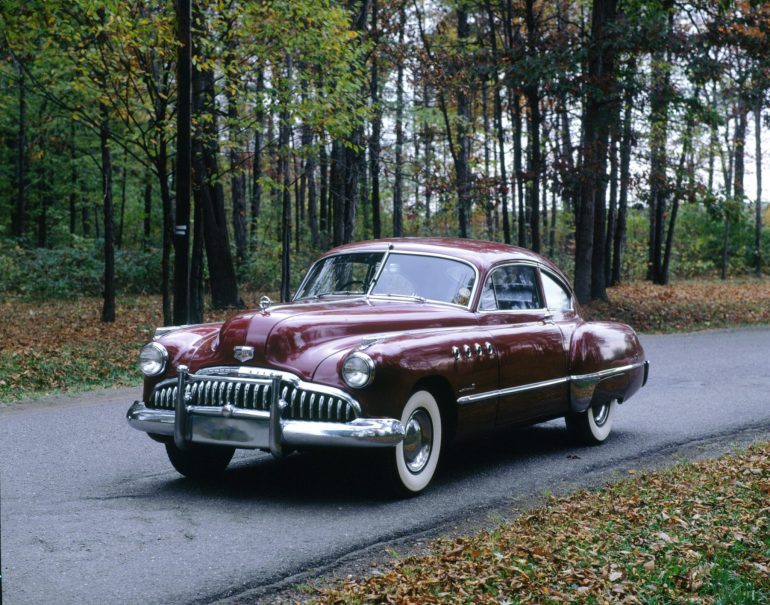 One of the most beautiful of all 1940s cars, the Roadmaster was Buick’s halo car. For 1949, it was restyled and became the ‘it’ car for the aspirational upper-middle classes. It weighed over two tons. Much later it would again take centre stage when – alongside Tom Cruise and Dustin Hoffman – the 5.3-litre V8 1949 Buick Roadmaster would be the star of iconic film Rain Man. 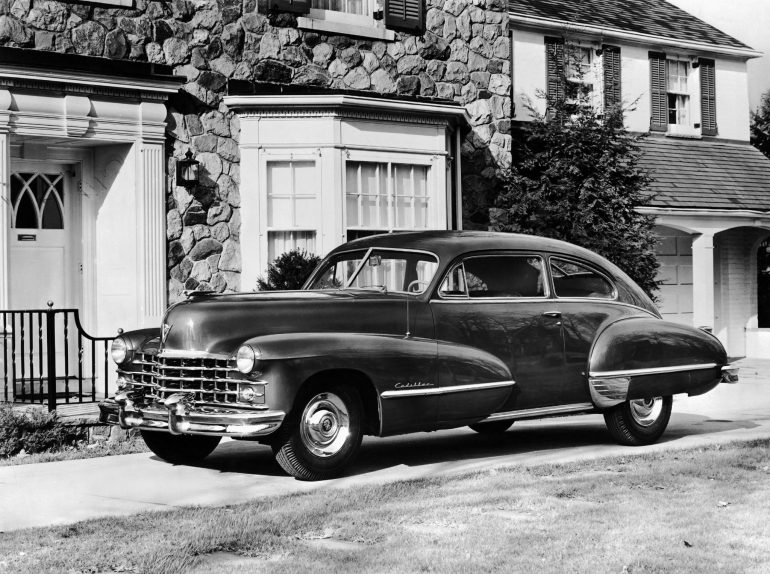 The third generation Series 62 from 1949 was nothing short of a design classic. It was the first production car to introduce rear tail fins (inspired by the Lockheed P-38 fighter plane). The 5.4-litre V8 powered the two-ton Caddy to 60mph in sixteen seconds. It was marketed by Cadillac as ‘the world’s most beautiful and desirable car’. They had a point.

The Chieftain was the first all-new post-war Pontiac and simply oozed with Rita Hayworth levels of style and glamour. With side-mounted spotlights where the wing mirrors should be, one of the most intricate and decadent chrome bumpers ever committed to a car, and optional extras including a tissue dispenser and a Remington Auto-Home shaver, it was one of the greatest of all 1940s American cars. 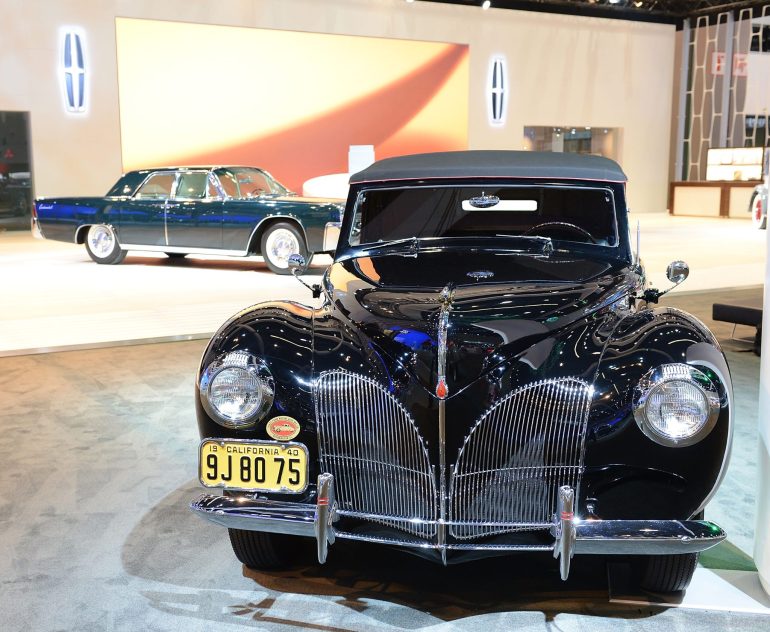 Ast the same time as the US entered World War II, the Lincoln Continental Cabriolet was released. It proved to be one of the most refined and revered designs, not just of the classic 1940s cars, but of all time. Inspired by the European, or ‘continental’ car designers who pioneered long bonnets and wide wings, the 4.8-litre V12 was the last car made by Ford’s Lincoln division until after the war, and what a car it was.