The world fell in love with motoring in the 1930s. Despite the effects of the Great Depression, the interwar years for the motor industry were a period of technological innovation, manufacturer rivalry and the advent of middle-class aspiration. As well as being an obvious status symbol, the cars from the 1930s liberated an entire generation. Read on to find out which 1930s automobiles are considered the most iconic.

The 1930s saw the birth of popular and affordable motoring for the masses. Cars in the 1920s had become largely mainstream but they still remained out of reach for many. In the pre-war decade we saw some ground-breaking 1930s British cars and across the pond, 1930s American cars were works of art. Here are the stand-out motors of the 30s.

For many reasons, the 1930s was a troubled decade. For car manufacturers though, it was a period of enlightenment. 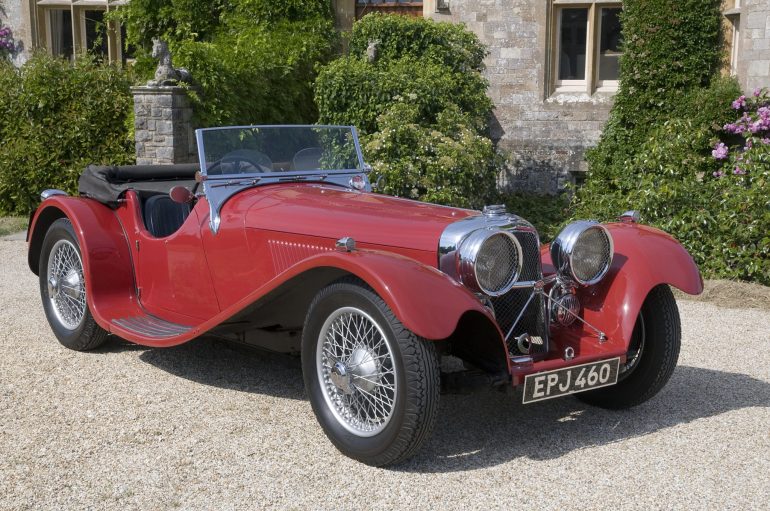 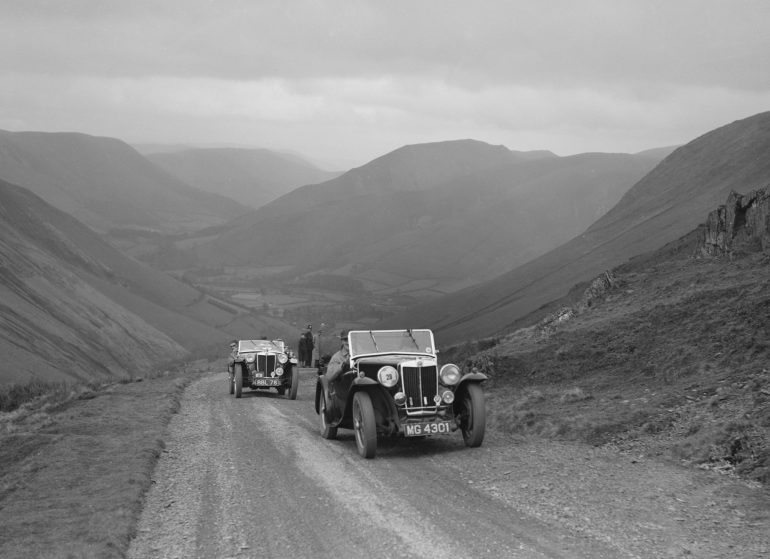 An MG TA from 1939 (Photo: Heritage Images via Getty Images)

Introduced in 1936, the TA was one of the first 1930s sports cars to appeal to the general public as well as the racing community. With a steel body over an ash wood frame, the £222 1.3-litre drophead hit 60mph in 23.3 seconds. With Allan Tomlinson at the wheel, a supercharged TA – one of the most enduring of all 1930s race cars – won the 1939 Australian Grand Prix. 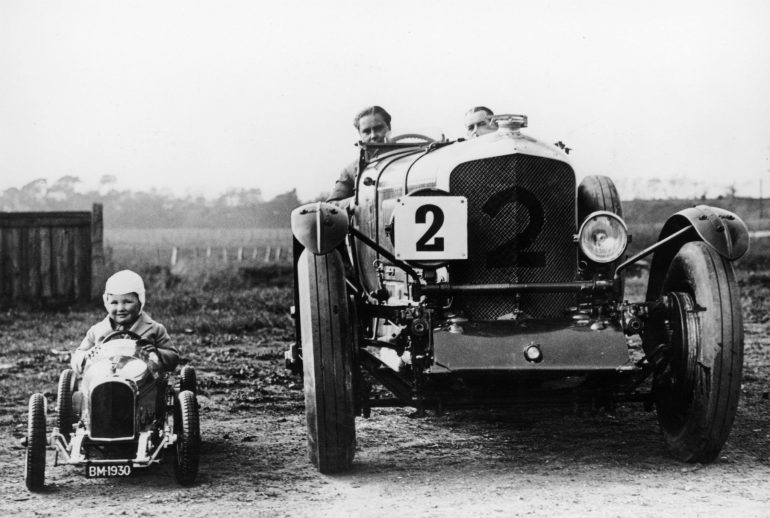 The Speed Six was one of the most famous of all 1930s race cars. The 200bhp, 6.5-litre behemoth came first and second at the prestigious 1930 24 Hours of Le Mans race, and set the scene for the future of the world-renowned marque. At the time, the Speed Six was arguably the best race car in the world. 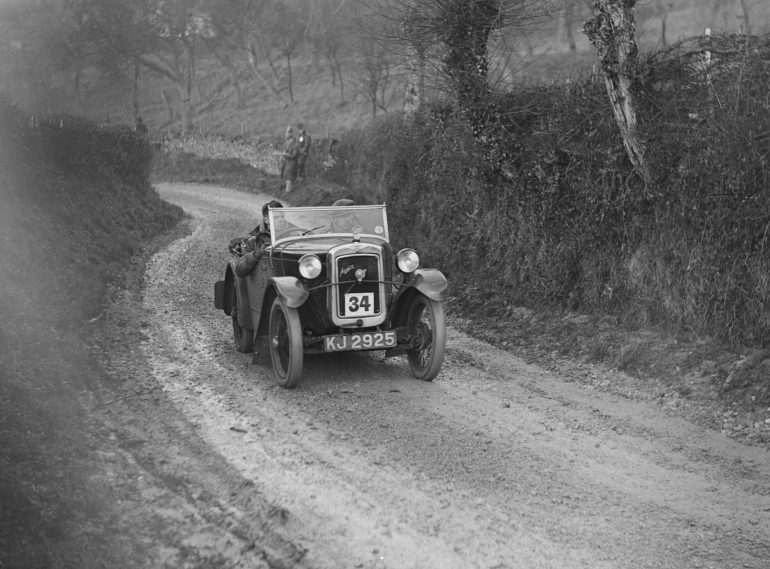 It may not have been the fastest or the most beautiful of the 1930s British cars, but the Austin 7 was a heroic and historic car. It did for the British what the Ford Model T did for Americans. It opened up an exciting world of affordable motoring. It was the first mass-produced car to use the ‘clutch left, brake centre, accelerator right’ layout and it was so popular, 290,000 were made in its sixteen-year lifecycle from 1923 to 1939.

The Art of American 1930s Cars

Swooping curves, art deco inspiration and unprecedented luxury. This was the order of the day for designers in the 1930s. Cars included.

The 7.4-litre Caddy set new standards for power, luxury and performance. The revolutionary V16 engine was sensational and every chassis was custom-finished to each client’s specification. However, launching such an expensive car just as the Great Depression took hold nearly spelt the end for Cadillac. It was said they lost money on every car sold, but for a while it showed the world what a luxury car should truly look like. 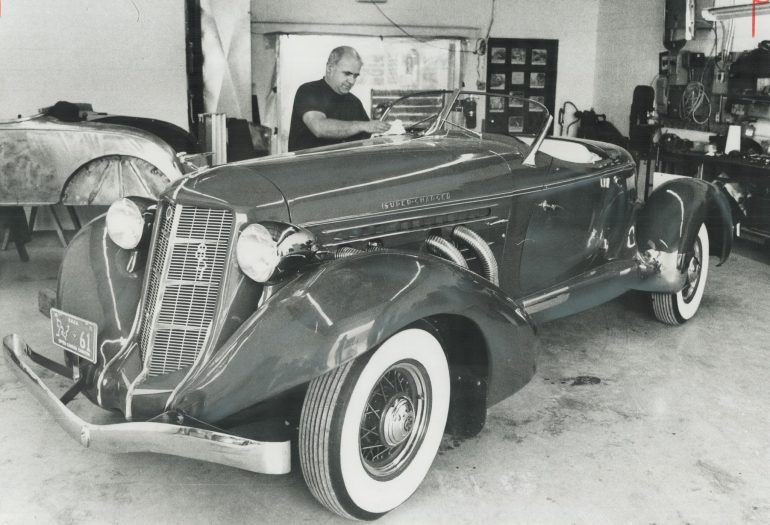 A 1935 Auburn Boat-tail. Speedster; brought into a workshop for repairs (Photo: Keith Beaty via Getty Images)

One of the first American 1930s sports cars, the 851 was a gorgeous car that had the power to back up its good looks. Designed to look like a speeding boat, the supercharged, 4.6-litre inline-eight hit 104mph. Auburn’s marketing copy proclaimed it as ‘The King of the Road’ and looking at it, it’s hard to disagree. It has been suggested that in the early Batman comics, the Batmobile was modelled on the 851, it was that cool.

When it was launched, the Cord L-39 cabriolet was one of the first cars in the world with front-wheel drive. It was packed full of innovation with tech borrowed from some of the best 1930s race cars. While it wasn’t particularly fast – it peaked at about 80mph – it was one of the most beautiful of the 1930s American cars. Sadly, it was too expensive compared with its more refined rivals and the company stopped making it in 1932, going bust before the decade was out.

One of the most elegant and luxurious of all 1930s cars, the swooping front wheel arches, lashings of chrome and not one but two windshields was coupled with a staggeringly good 6.3-litre straight-eight engine that made for a very special car. One of the best driving cars of the 1930s, at over $3,500 it was very expensive and was the automobile of choice for business bigwigs, senior government officials, celebrities of the day and even royalty.