Why are Tigers Endangered?

In the last 100 years, the world’s wild tiger population has decreased by approximately 96%. In 1900 there were an estimated 100,000 tigers in the wild. Today there are less than 4,000. On a global scale, the plight of tigers is an immediate issue. There remains a significant possibility that wild tigers could be effectively extinct in fifty years. So why are tigers endangered? Read on to find out why one of the world’s most iconic animals faces a very uncertain future.

Tigers are one of the world’s most fascinating and complex creatures. They once roamed from Turkey to China, north into the brutal cold of the Russian Far East, south to the islands of Indonesia and everywhere in between.

They are a vital part of our global ecosystem and almost every one of the world’s cultures attaches a significance to these magnificent beasts. Today, 95% of their habitat has gone and they face their biggest fight for two million years – extinction.

Read on to discover the causes of tiger endangerment. Please note that this article contains themes which some of our audience may find distressing.

The Growing Threat of Extinction 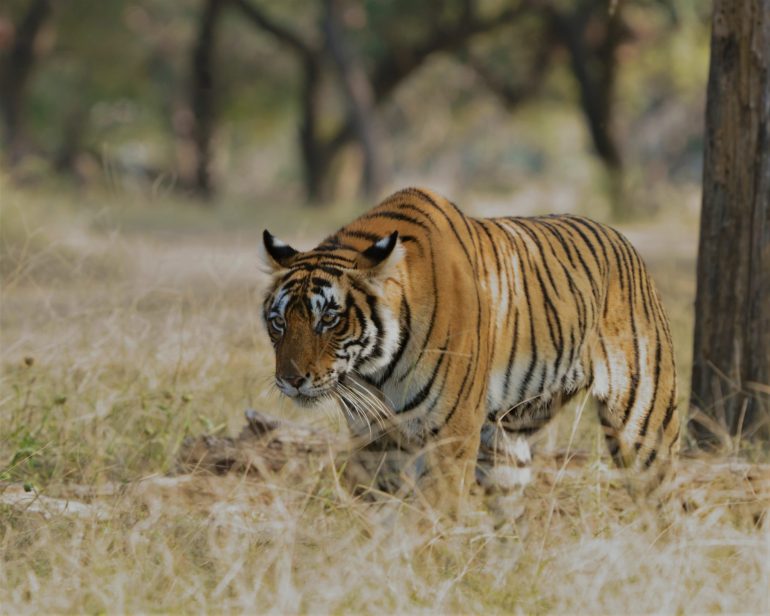 Seventy years ago there were nine tiger subspecies – Bali, Caspian, Javan, Bengal, Siberian, South China, Malayan, Sumatran and Indochinese. Sadly, the Bali, Javan and Caspian are extinct and the International Union for the Conservation of Nature Red List, the global authority detailing the conservation status of the world’s animal and plant species, lists the remaining six subspecies like this –

So why are tigers endangered, some critically so? Here are the reasons. 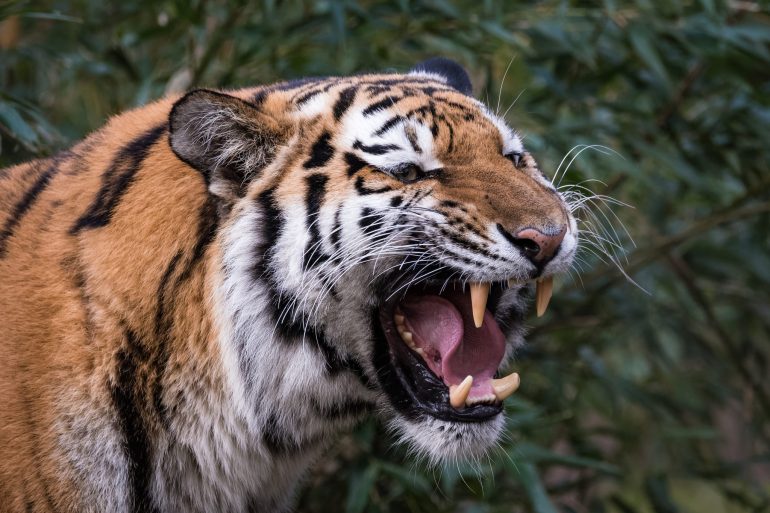 The powerful roar of a Siberian Tiger (Photo: Thorsten Spoerlein via iStock)

Illegal poaching is perhaps the most immediate threat to global tiger numbers – the extinction of the Caspian and Javan tigers can be directly linked to hunting. Because of the rarity of tigers, they are seen as extremely valuable.

Sadly, there is still a large demand for their pelts, flesh, bones, teeth and claws – the illegal wildlife market is said to be worth almost £15 billion a year. They are sold as novelty items and their bones are believed by some to have medicinal properties – though this has been entirely debunked as nonsense by scientists.

In addition, live tigers are trafficked around the world and kept in entirely unsuitable conditions in private, unregulated establishments known as breeding farms – often no more than filthy cages – to satisfy the cravings of unscrupulous individuals entirely focussed on profit and not at all concerned with animal welfare.

In the Periyar Tiger Reserve in the mountainous Western Ghats of Kerala in southern India, the governmental body that runs the reserve has promised to wipe the charges of convicted poachers if they commit to becoming protectors. This is one such way to reduce the illegal hunting trade, but there is much more that needs to be done to stop this grim business. 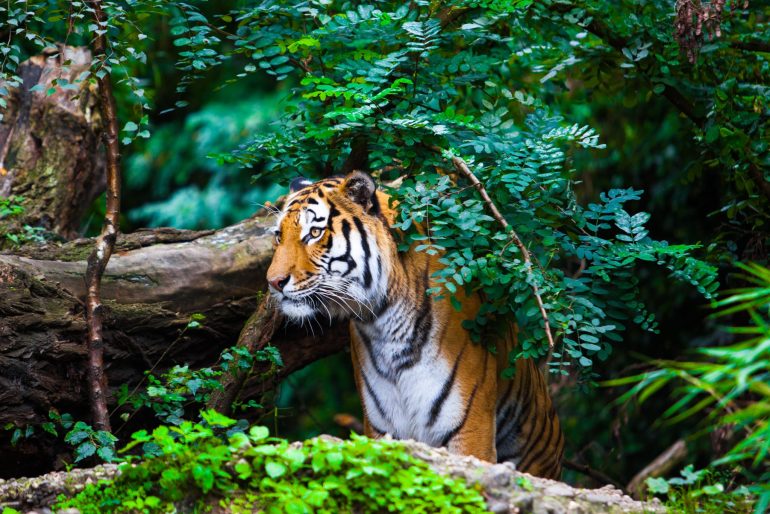 A tiger in its natural habitat (Photo: ewastudio via iStock)

Over the last 100 years, the tiger’s natural habitat has shrunk by a staggering 95% (and in the past decade alone by 40%) borne largely by the fact that the human population has tripled since the 1950s.

Tigers need a huge amount of space to roam – roughly between 27 and 115 square miles. Therefore, another answer to the question ‘why are tigers endangered’ is that tigers are being forced to survive in unnatural, alien and far smaller environments. This is largely due to aspects such as mining, deforestation, commercial development for roads and railways, and agricultural development for farming, palm oil and rubber plantations.

As the habitats of tigers shrink, the tiger’s prey also disappears (or relocates), so they are forced to approach farms and attack livestock. This brings them into unwanted contact with humans, who will often use deadly force to protect their livelihood. 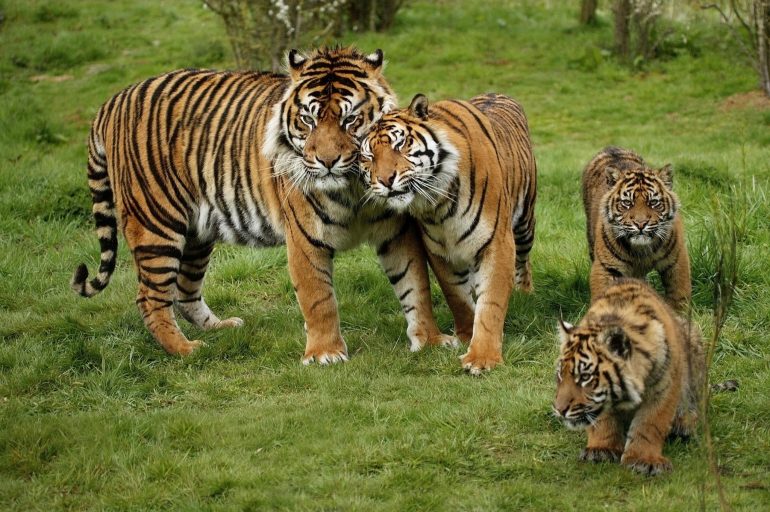 Another cause of tiger endangerment is natural. They have a long gestation period (around 100 days) and small litters (often as few as two). They don’t reach sexual maturity until they are four or five years old and tigresses care for their young for two years before mating again. In addition, the juvenile mortality rate is at least 50%, so for every two cubs born, only one will reach adulthood. 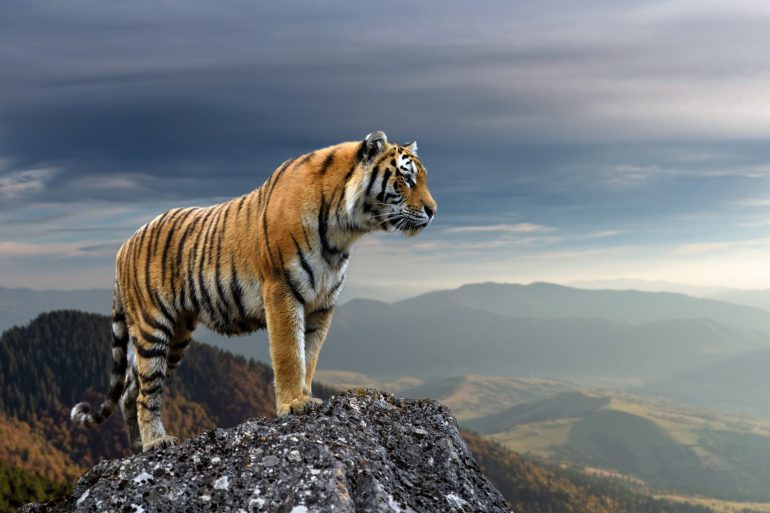 A beautiful Tiger stands proudly on a rock at sunrise ( Photo: Byrdyak via iStock)

Since 2000, the global wild tiger population has grown modestly to just under 4,000. This is largely due to huge international conservation efforts specifically designed to combat the reasons why tigers are endangered.

One of the biggest success stories is with the Bengal tiger in India. The government has invested a huge amount of money in Project Tiger – which includes mapping, researching and documenting tigers and their habitats as well as reducing the interactions between humans and tigers.