Known for their rarity, these majestic creatures are also sometimes called snow tigers and are today no longer found in the wild. Read on to find out about their habitat and lifespan and diet.

A colour variation of the famed Bengal and Siberian tigers, white tigers, sometimes known as ‘snow tigers’ or ‘royal tigers’ are a genetic anomaly (called leucism) caused by a double recessive gene so rare that it’s estimated that it occurs only in one out of every 10,000 live births.

It is believed that the very first white tigers were seen in a region of southeastern China. However, since the 1500s, the vast majority of white tigers have been seen in India.

One of the World’s most beautiful Animals 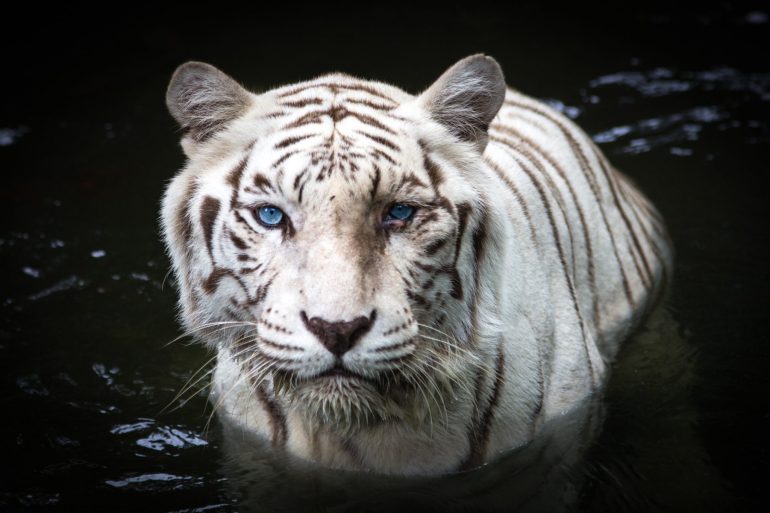 The beautiful and piercing stare of a White Tiger (Photo: sculder19 via iStock)

With a thousand-yard stare, sapphire-blue eyes and an almost mythical appearance, white tigers capture the imagination like few other members of the animal kingdom – and there are many fascinating facts about white tigers.

How Big are White Tigers and How Long do they Live? 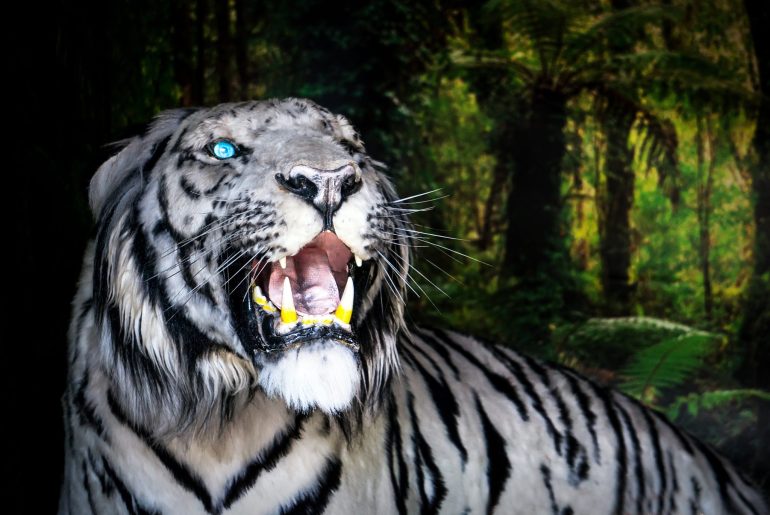 In terms of size, white tigers tend to grow at a slightly faster rate than their orange cousins, they are a little heavier on average and are bigger at birth.

White Bengal tigers are fully grown when they reach three years old. Males can weigh as much as 260kg and can grow to around three metres long (females are smaller, topping out at around 170kg). But one of the best white tiger facts is that their stripes are as unique as a human’s fingerprints, and are not just fur markings. If you were to shave a white tiger – and we certainly don’t suggest you try – their stripes are visible on their skin.

The lifespan of the white tiger is no different to that of classic orange and black tigers. Fit and healthy white tigers with the proper diet and care can live in captivity for around twenty years.

Where do White Tigers Live? 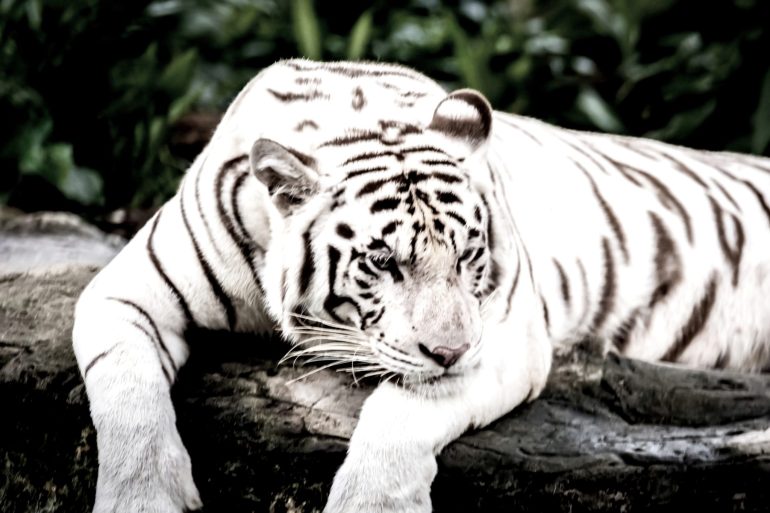 A White Tiger having a lazy day (Photo: MagicColors via iStock)

Sadly, it is believed that white tigers are extinct in the wild – although this is a matter of ongoing debate amongst scientists and researchers. The last white tiger believed to have been seen in the wild was shot in 1958. Today around the world there are something like 200 white tigers living in captivity – approximately half in India – in zoos, circuses, rescue sanctuaries and other places where animals are displayed and their continued breeding is the subject of much controversy.

What Do White Tigers Eat? 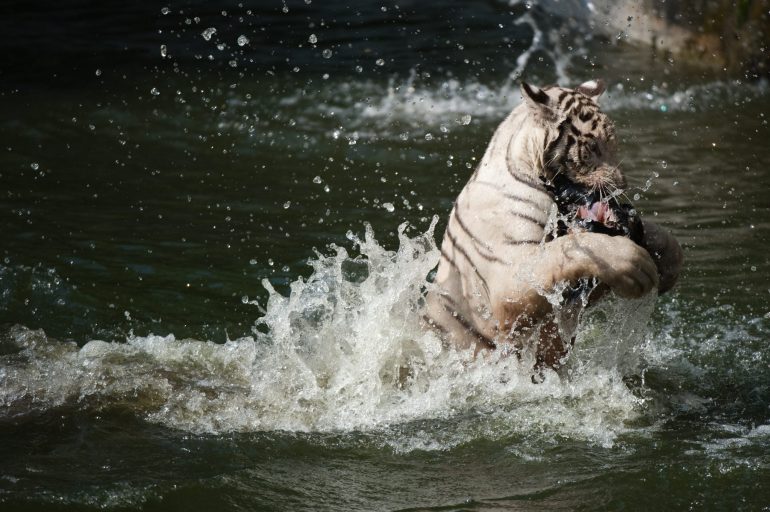 A white Tiger catching his prey (Photo: beltsazardaniel via iStock)

Like all other tigers, white tigers are carnivores. However, as there are no white tigers in the wild for which we have any meaningful dietary data, we can only assume that when there was a wild population they would stealthily hunt – mainly nocturnally – large herbivores such as wild boar, cattle, goats and deer. In captivity, they are fed protein such as chicken as well as, presumably, the additional nutrients, vitamins and minerals they need. 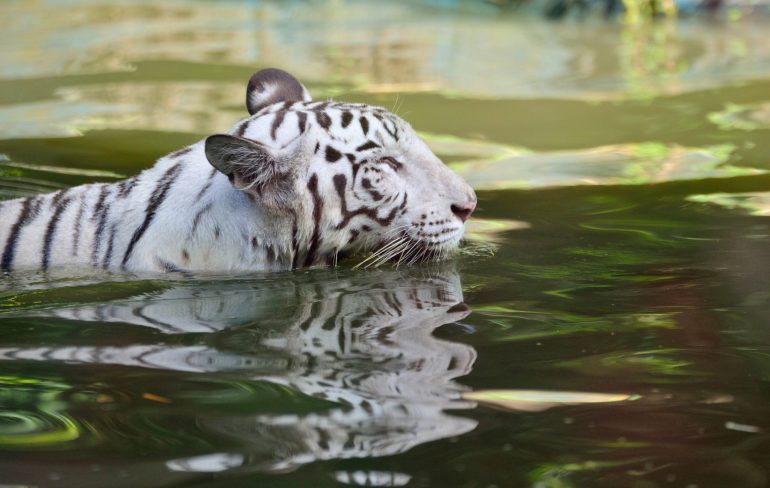 White tigers are one of the world’s most beautiful and distinctive animals and they have been closely studied in captivity for many years. Here are the best facts about white tigers.

The white fur of white tigers is caused by a lack of the pigment pheomelanin which gives Bengal tigers their orange fur. For a white tiger to be born, both parents must carry a recessive gene – known as an allele – preventing the pigment from colouring the skin. This is known as leucism.

In 1951, a white tiger cub was captured in India and given to the Maharajah of Rewa who named him Mohan, roughly translated as ‘Enchanter’. After a series of breeding experiments that yielded only orange cubs, he was bred with his own daughter – Radha – producing a white cub. Therein started a breeding program in India and Mohini, one of the first white cubs was sold to an American businessman and a separate breeding program started in the USA.

Not all White Tigers are White…

Contrary to popular belief, white tigers are great swimmers and have been known to breach boundaries such as moats and water sources to get to food. They’re not particularly good at climbing trees but they are expert sleepers, averaging 16 – 18 hours a day!