Where do Lions with Black Manes Live?

Lions are one of the world’s most majestic animals. Throughout history they have come to represent power, leadership, strength and courage and they are easily recognised by their trademark manes. Not just for protection, the lion’s mane is an indicator of strength, health and virility - the darker the mane the closer the lion is to the peak of his strength. Read on to find out about the famous lions with black manes.

Lions are the only members of the cat species that exhibits sexual diorphism, that is, the males and females look different from each other. For the males, their manes vary in colour between sandy, light blonde to black. Males with dark manes are more attractive to lionesses and more intimidating to their rivals. Here is all you need to know about lions with black manes. 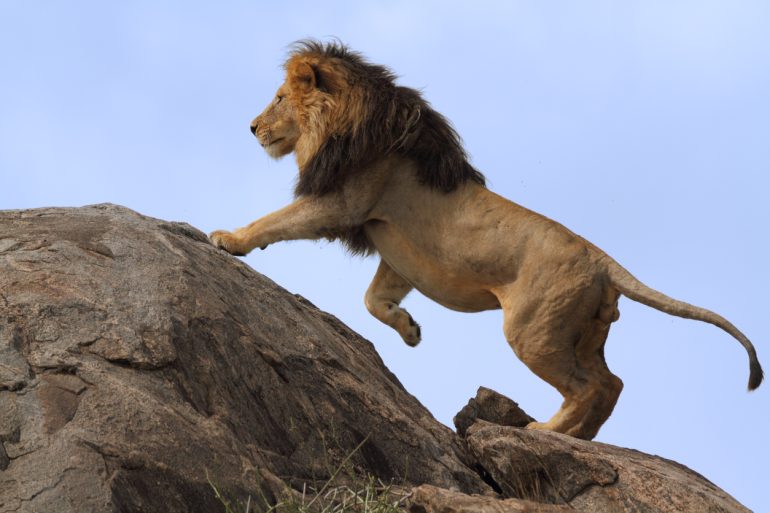 Many animals have a specific defining feature that makes the male more attractive to females. In the case of lions, it’s the mane. It was initially believed that the mane evolved to add a layer of protection to the vulnerable neck area. However, when lions attack each other they rarely – if ever – strike at the neck area.

As our understanding of lions’ behaviour has developed over the last two hundred years, scientists now believe that lion’s manes are a status symbol. A lion with a black mane is more appealing to potential mates than a lion with a light-coloured mane. In fact, a black maned lion produces more testosterone than other lions, and there is research to suggest that cubs with dark-maned fathers have a better survival rate than their blonde counterparts.

It is believed that a lion with a black mane is better able to defend its pride and is more likely to recover from wounds inflicted in fights (although why remains a mystery). In addition, a thick, dark mane is an indication that a male is well-nourished, virile and healthy.

But where do lions with black manes live?

Africa: The Home of the Lion 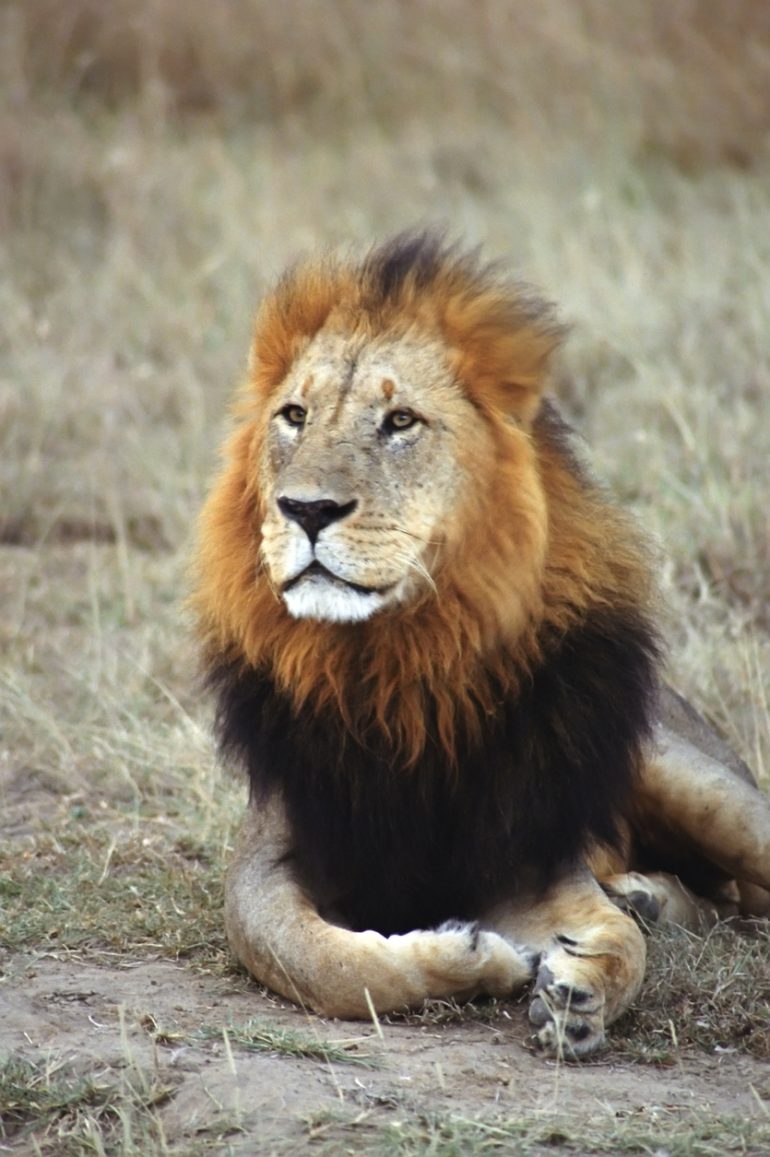 Aside from a small population in the Gir Forest in India, virtually all the world’s wild lions live in Africa, including those with a dark mane. Lion numbers have decreased by 90% in the last century, their natural range has been reduced by nine-tenths and the lion is extinct in 26 African countries. Today, there are only small pockets of dark maned lions left in the wild.

The now extinct Cape lion, that lived in South Africa’s southern provinces, was known for having a particularly dark mane. Today, there are lions with black manes in Tanzania’s Serengeti National Park among a handful of other locations. There are small populations in the Savute Chobe National Park and the Okavango Delta in Botswana, and in Namibia’s national parks. However, perhaps the most famous examples of the black maned lion are in Ethiopia.

In 2016, conservationists discovered a population of between 100 and 200 lions in the remote Alatash National Park in northwestern Ethiopia, close to the Sudanese border. There are also lions with black manes in Harenna Forest in the Bale Mountains in central Ethiopia.

Also home to the critically endangered – and sadly now incredibly rare – painted hunting dog (known as the African wild dog or African hunting dog) and the beautiful but also now very rare Ethiopian wolf, the Harenna Forest is one of the most remote and inaccessible parts of the country. It is believed that the 4,000 square kilometre forest supports around 50 or more lions. 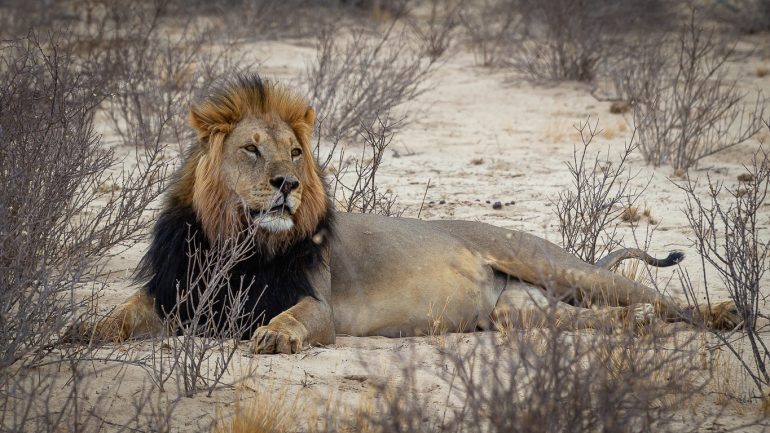 With their trademark dark mane, lion populations in the Harenna Forest – and others in Ethiopia – are a national icon and a very important element of Ethiopian culture and identity.

These beautiful black maned lions are incredibly adaptable. Most lions in Africa and India prefer hot, dry forests and savannas with thick bush and scrub. However, many of Ethiopia’s lions live at altitude in the cold, damper environments of the Ethiopian highlands. Due to the colder weather, their fur is thicker than the savanna lions, and their manes are darker and heavier. It has been postulated that darker longer manes, while also an indicator of health and virility, are more likely to be more closely associated with climate and temperature.

So if you’re looking for a lion with a black mane and you can find your way there, the Ethiopian highlands is your best bet!

There are estimated to be between 1,000 and 1,500 lions left in Ethiopia, but a growing human population, habitat destruction and deforestation means that these lions face challenges on multiple fronts for their survival and their very future hangs in the balance.