One of the animal kingdom’s most endearing creatures, tigers are cunning, highly intelligent apex predators revered around the world for their regal presence and raw power, but how long do tigers live in the wild and in captivity? Read on to find out the fascinating facts about the tiger lifespan.

Tigers have been in the fossil record for at least two million years and they are remarkable in so many ways. They are the largest of all the big cats and iconic symbols of strength, independence, courage and confidence but how long do tigers live? Here we’ll tell you everything you need to know about the lifespan of tigers.

The Early Life of Tigers 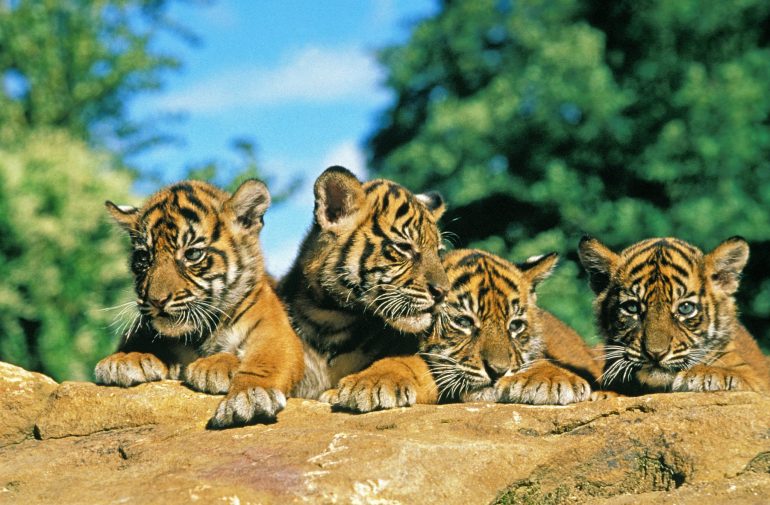 Born blind, tiger cubs rely entirely on their mothers for food and protection for the first two weeks of their lives. Meat, which makes up over 80% of a tiger’s diet, is introduced at eight weeks. At five months, the cubs will venture out with their mothers on territorial walks and to learn the art of hunting.

After about a year the cubs will start to hunt on their own and at 18 – 20 months they effectively become independent. When they reach between two and two-and-a-half years old they will separate permanently from their mothers and go it alone.

Unfortunately, one of the saddest facts about the tiger lifespan is that the juvenile mortality rate is incredibly high – only around 50% of tiger cubs make it past two years of age. They have no natural predators in the wild, but the most common causes of death are starvation, freezing and unforeseen accidents.

Tiger Lifespan in the Wild 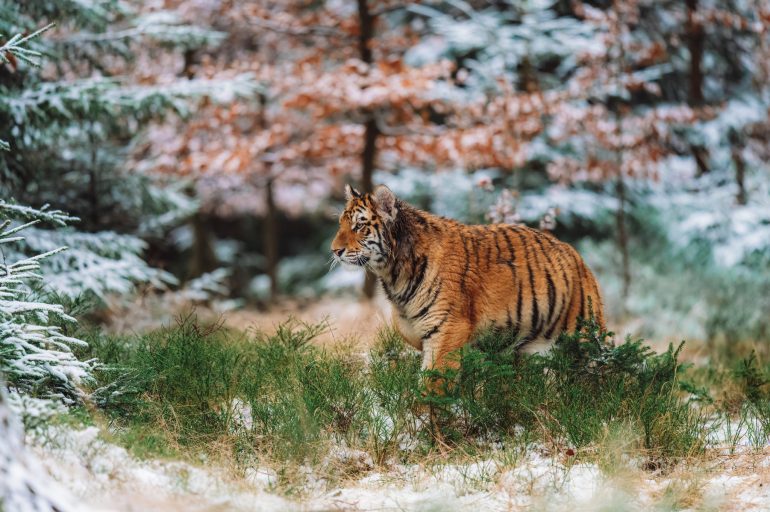 For much of their lives, tigers are on their own. They are mostly solitary animals and while the life expectancy of each of the six subspecies – Siberian, Bengal, Malayan, South China, Sumatran and Indochinese – does vary by tiger, lifespan isn’t wildly different for each.

It’s very difficult to precisely age tigers in the wild because there are relatively few tigers covering an area of hundreds of thousands of square miles – from the birch forests of the Russian Far East into southwestern China and east into Bhutan, Bangladesh, Myanmar, Thailand, Cambodia, Vietnam, Nepal and India, and south into Malaysia and Sumatra.

Broadly speaking tigers in the wild live for between ten and fifteen years and very rarely will reach eighteen or even twenty. The reason why the lifespan of tigers in the wild is so short is that it’s a hard, challenging and often brutal existence.

As territorial as they are, tigers often have to compete hard for space and food. Only one in ten hunts are successful, so they may only eat one big meal a week, even less in winter. They are also exposed to disease, privation (a lack of food, water and other life essentials) and injury as well as the unwanted human factors of poaching, deforestation, encroachment, habitat fragmentation and agricultural and commercial development.

The impact caused by humans dramatically increases the number of unsustainable environments, which in turn has reduced the amount of available prey – meaning tigers often have to travel further and for longer to source food. Inevitably, they will come into contact with other, equally territorial tigers, often leading to fights to the death.

Not only does this reduce the average age of tigers, it reduces the overall number of tigers in the wild – which is currently believed to be under 4,000, a staggering 96% drop from a century ago. 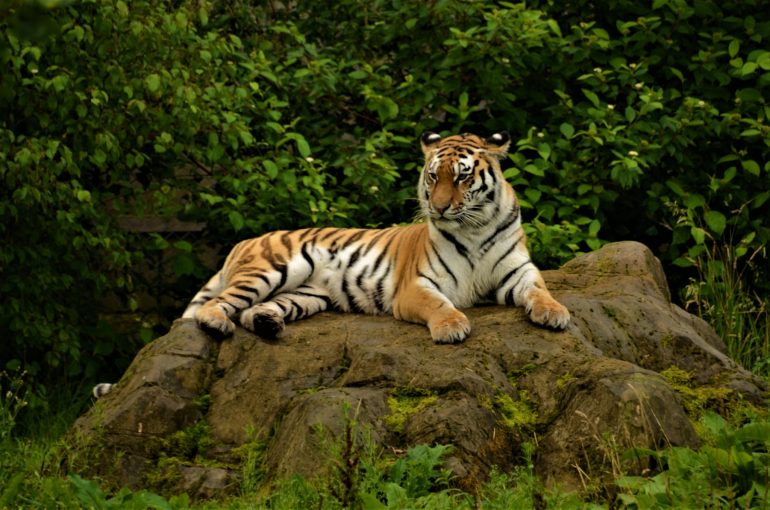 A tiger in a wildlife enclosure (Photo: alanfin via iStock)

It is believed there are around 8,000 captive tigers around the world – over 5,000 in the US alone. Unfortunately, not all are kept in conditions suited to animals that require huge amounts of space. However in accredited zoos, sanctuaries and breeding centres, the tiger lifespan is higher than it is in the wild.

Virtually all tigers living in captivity have only ever lived in captivity. That is, generations of tiger families have been born and bred in accredited zoos, sanctuaries and wildlife parks and their lives are much less harsh than they are in the wild.

They are regularly fed and are given all the vitamins, minerals and nutrients they need. They are given constant veterinary and zoological care and they are not subjected to the rigours and stresses of hunting and competing for food or mates. As such, they can live up to twenty years or more. 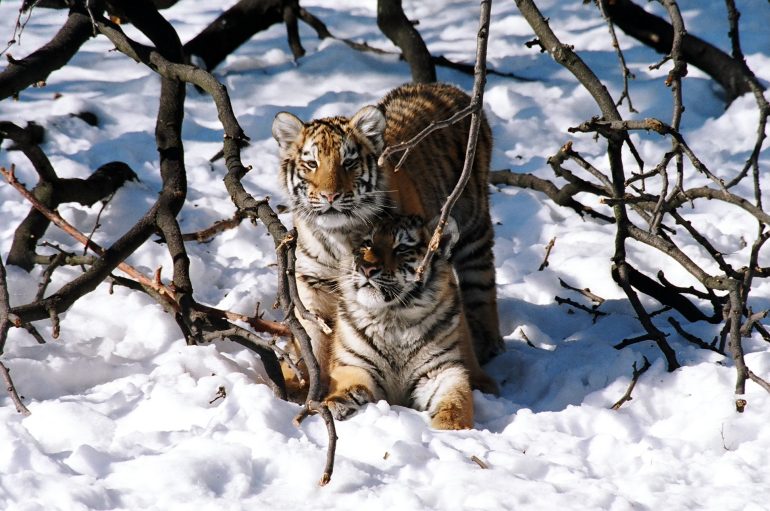 Every now and again there are stories of exceptionally old tigers.

Perhaps the oldest documented wild tiger was Machali (Hindi for ‘fish’ – she had a fish-shaped mark on her face), a Bengal tigress who lived in the Ranthambore National Park in Rajasthan in India. The nation’s most famous tiger and considered to be the most photographed tiger in the world, she was known as the Queen Mother of Tigers and the Tigress Queen of Ranthambore. As tiger lifespan in the wild goes, Machali was the ultimate. She died in 2016 at the age of 20. A documentary about her life, titled Tiger Queen, aired on Animal Planet.

Djelita, a Sumatran female in Honolulu Zoo in Hawaii died in 2016 at the fantastic old age of 25 and Guddu, a female Bengal tiger died in 2014 at Kanpur Zoo in India aged 26.

At the time of writing (February 2022), the world’s oldest tiger in captivity is Bengali, a female Bengal tiger living out her days at the Tiger Creek Animal Sanctuary in Texas. On August 31st 2022, she will hopefully celebrate her 27th birthday!

As far as the lifespan of tigers goes, Bengali takes the biscuit. Or more usually, a blood ice lolly – which is her favourite snack!