One of the world’s most captivating, hypnotic and fascinating animals, tigers are dominant apex predators who have inspired and influenced many aspects of our lives, from art, poetry, film and literature - even our breakfast cereal! Here we’ll tell you all about the tiger characteristics, behaviours and their day-to-day activities.

Tigers are perhaps the most popular and recognisable of the world’s charismatic megafauna. Famously solitary and fiercely independent, tigers don’t form family groups like humans or packs like lions, nor do they spend their entire lives on their own. The tiger social structure is fascinating so read on to find out all about tiger behaviour.

Do Tigers Have Families? 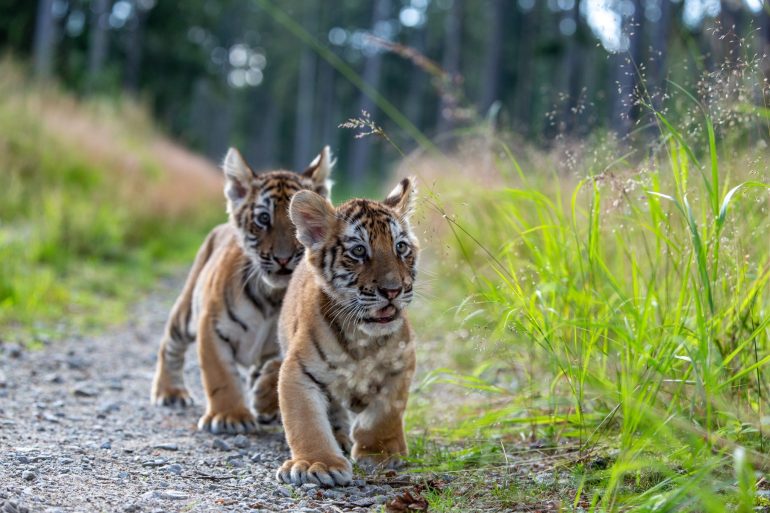 Young cubs on the run (Photo: Klaus Brauner via iStock)

This is one of the most common questions about tigers. Like humans, tigers have biological parents and most have siblings – litters are usually between two and four cubs. For the first couple of weeks of their lives, the cubs are blind and rely entirely on their mother for food, shelter and protection from predators.

There have been isolated sightings of males – mainly Bengal tigers in India – spending time with their offspring and mate in these early weeks, licking cubs and sharing food but this is the exception rather than the rule.

After around five months they go out with their mothers on territorial wanders and to learn vital hunting skills. At about 12 months or so they will hunt on their own and from a year-and-a-half they are more or less independent. After two to two-and-a-half years they will permanently separate from their mothers. 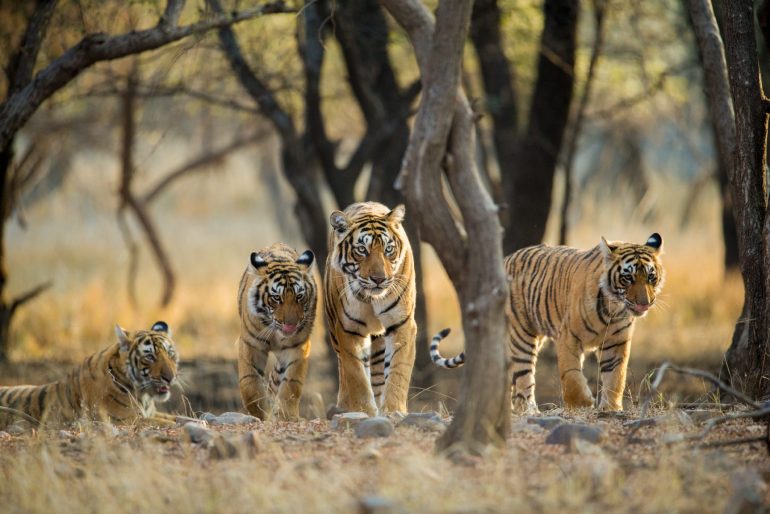 Tigers are famously solitary and reclusive animals and tiger social behaviour is generally confined to mating and raising their young. They occupy huge home ranges up to 100 square miles in Siberia, and close to 500 square miles on the Indian subcontinent. Communication is generally limited to scent markers and scratches on trees. Males ensure their territories overlap with 1-3 females, but are quite careful not to overlap with other males.

There are very good reasons for this type of tiger behaviour. Their huge home ranges aren’t suited to group communication and the scattered prey is insufficient to sustain groups of tigers, hence the reason they are taught to go it alone from such an early age. As tigers hunt on their own there is little competition for the available food, which can often be scarce depending on the time of year.

A fascinating aspect of the tigers social structure is how they communicate with each other when they do come into contact. When sizing up mates they purr or growl invitingly, and if they meet a previous mate or a relative (there is research to suggest that tigers can recognise each other), they have been known to be sociable to the point of sharing food.

What is most certainly not part of tiger social behaviour is their roar. It has been described as ‘an unearthly sound that shakes the forest’ and ‘one of the scariest noises on the planet’ and if you’ve ever heard one roar you’ll know why! Two tigers can unleash a full-throated roar battle for up to ten minutes, before a fight and often the loudest and longest roar will determine the winner. 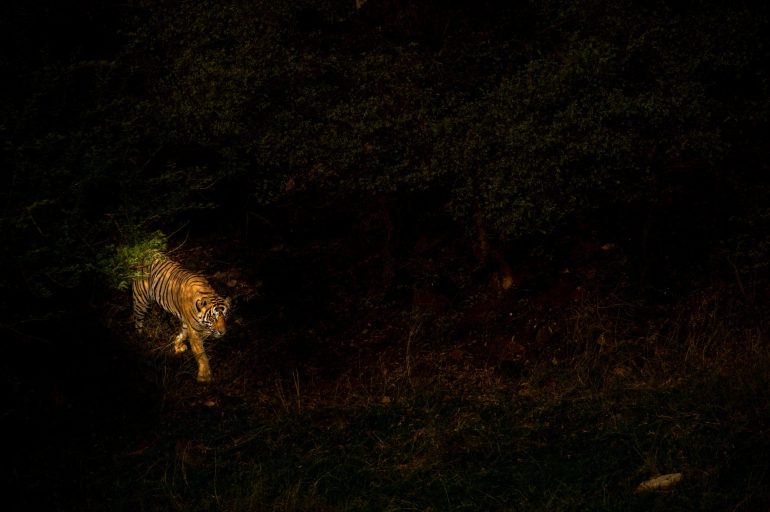 Tigers are largely nocturnal, preferring to hunt at dusk. They have developed exceptional hearing and sight, which enables them to very accurately locate and hunt down prey. They are the largest and most powerful of all the big cats and at full speed in short bursts they can reach around 40 miles per hour. They are powerful enough to kill much larger animals, but also gentle enough to carry a newborn cub in their mouth to a den or hiding place.

Perhaps the most fascinating part of tiger behaviour is the hunt. They will patiently and silently hide in tall grass or bushes, facing the rear or side of their intended victim. They creep forwards quietly, stalking their prey. When they are close enough, they will pounce with remarkable speed and immense power and take down their prey with a mighty bite to the throat or neck, immobilising their kill for good. This is called ‘stalk and ambush’ hunting. Once the prey is dead, the tiger will drag the carcass to a secluded spot and eat. What they don’t finish in one sitting they will cover and come back to it later or the following day.

Tiger behaviour during the day varies. The subspecies in hotter climates – Bengal, Sumatran, South China, Indochinese and Malayan – tend to conserve their energy in the daytime. Often they can be seen lying in lakes, pools or streams to stay cool or they will sleep under cover of shade in preparation for a night of hunting and patrolling their home range.

Grooming is another important part of tiger characteristics. Behaviours include using their barb-covered tongues to remove dirt and loose hairs from their fur. This process also helps to spread essential oils on their fur and skin which is secreted from their glands.

The True King of the Jungle 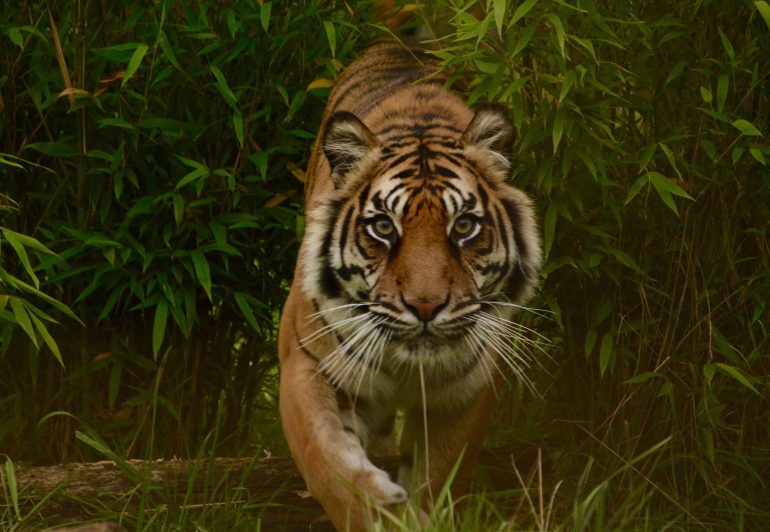 The real king of the jungle (Photo: Callofthewild via iStock)

You may be surprised to know that lions don’t actually live in the jungle, tigers do. This is why Panthera tigris is the real king of the jungle. They are smart, resourceful, powerful, confident and impressive and tiger behaviour is one of the most closely studied of all the world’s charismatic megafauna but they are also endangered. In the twenty-first century they face the biggest battle they’ve fought in two million years – extinction.

Thanks to incredible conservation efforts in India, Russia and the countries with smaller populations, tiger numbers are steady for now. As long as these efforts continue, we will still have further opportunity to learn about the tigers’ social structure for years to come.