The Myth of the Japanese Tiger

The world’s biggest cats, tigers are graceful, beautiful animals. For many cultures around the globe, they represent power, strength, courage and confidence. These highly intelligent, sophisticated and independent apex predators are the subject of worldwide fascination and here, we will uncover the myth of the Japanese tiger.

Japan is a unique country steeped in a rich and fascinating history. It is the fourth largest island country in the world and spans an archipelago of almost 6,900 islands. The climate ranges from warm to subarctic in the north, and very hot to mild in the south. It includes over 90,000 species of wildlife including the brown bear, the Japanese giant salamander, the Japanese field mouse, the raccoon dog, the Japanese macaque and two wild cats – the leopard cat and the Iriomote cat – but there is one cat missing…

Is there a Japanese Tiger?

Ten to fifteen million years later, a cat known as Pseudaelurus – which was about the size of a puma – evolved in Africa, along with the famous sabre-toothed cats.

But, for reasons which will – probably – remain forever unknown to scientists and zoologists, about two million years ago, an offshoot of the Felidae family (which today includes lions, lynx, cheetahs, ocelots, pumas, cougars and leopards) migrated east into Asia. Over the next million-and-a-half years, this early Felidae species evolved into tigers, but was there ever a Japanese tiger?

The Japanese Tiger - Fact or Fiction? 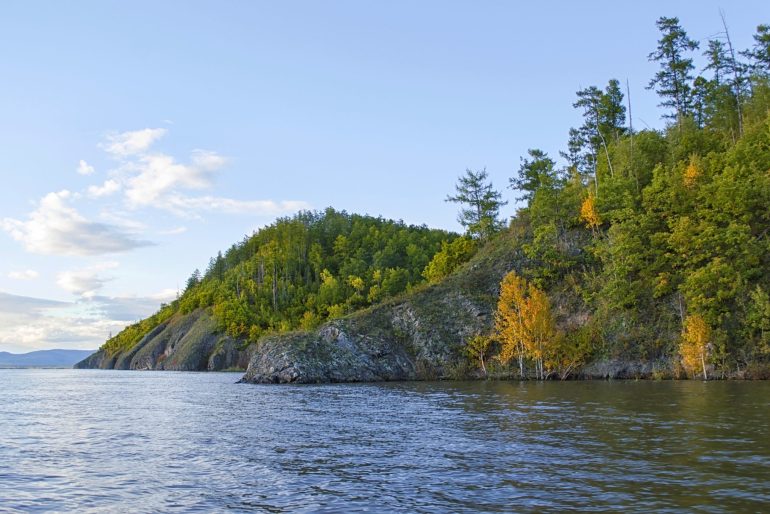 When sea levels were low in the Upper Paleolithic age, this is where it is believed the first inhabitants made their way to what is now the Japanese Archipelago (with a second wave coming from the Chinese mainland and Korea in the late Holocene period, from around 12,000 years ago).

It is via these land bridges that it is believed a species of tiger once lived in Japan.

Panthera tigris acutidens is a long-extinct – perhaps the earliest extinct – subspecies of tiger that lived in Asia, including what we now know as Japan, up to around the late Pleistocene era (between 800,000 and 200,000 years ago). It was likely already in the fossil record for hundreds of thousands of years before humans arrived, so it’s likely that it was never actually encountered by humans.

What is possibly the only Japanese tiger was scientifically described by fossils found in 1928 near Wanzhou in the central Chinese municipality of Chongqing. Also known as the ‘Wahnsien tiger’ – presumably after the westernised version of Wanzhou – there is unfortunately almost no reliable information on this early tiger. Based on the size of the excavated bones (two skulls, leg bones, an ankle bone, parts of a jawbone and metacarpals and metatarsals from the feet), it has been postulated that it was about the same size as the also-extinct Bali tiger, one of the smallest of all the tiger subspecies.

The Japanese Tiger - What Does It Mean?

Outside of zoos, the tiger has no physical presence in Japan, yet they hold a very special cultural significance to the Japanese people through their art, literature, poetry and history.

The Japanese word for tiger is ‘tora’ which is an abbreviation for the words ‘totsugeki raigeki’ meaning ‘lightning attack’ and there are lots of tiger-related phrases and idioms that refer to tigers.

There are several other cultural references to tigers in Japan. For example, if you take a big risk you are said to be ‘stepping on a tiger’s tail’ and if you are a person pretending to wield more power or authority than you actually do, you are a ‘tora no i o karu kitsune’, or ‘a fox borrowing the power of a tiger.’

In Japanese sports, the Hanshin Tigers is one of the country’s most popular baseball teams and the fans – known to be among the most passionate, fanatical and dedicated in all of Japan – call their club mascot Torakki, after ‘tora’ (tiger) and ‘rakki’ (lucky) – the Lucky Tigers.

The Japanese Tiger in History 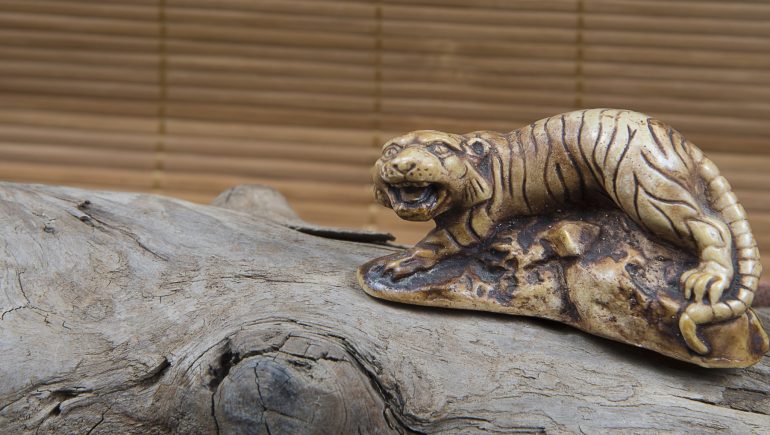 An example of a small Tiger Mascot (Photo: Marina Troynich via iStock)

The tiger was first described in Nihon Shoki, the second-oldest extant Japanese text, in 720 AD. A tiger also appears in the earliest collection of Japanese poetry, called the Manyoshu, also in the eighth century and the early drawn pictures of Japanese tigers depicted them as nothing more than big domestic cats (further indicating that they had never been seen).

Over the next 1,300 years, tigers were brought to Japan – mostly from China. For several centuries the now entirely scientifically debunked theory that tiger parts held medicinal powers permeated the upper echelons of Japanese noble society. In a similar way, as with many cultures, tiger pelts were valued as status symbols.

Even the Kurama Temple in Kyoto, one of Japan’s oldest and most revered, is guarded not by lions but by tigers!

So was there a Japanese Tiger? 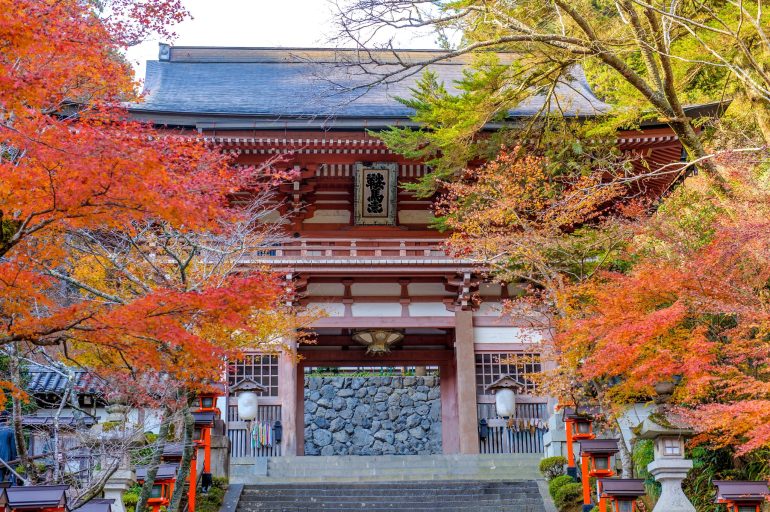 An autumn scene of Kurama-dera, a temple situated at the base of Mount Kurama in Kyoto (Photo: Jui-Chi Chan via iStock)

While the tiger has clearly held a place in Japanese history for centuries, it’s believed this influence came from tigers imported from other nations rather than from any native Japanese Tiger. As noted, the fossil record to date demonstrates that while a subspecies of tiger likely once lived in Japan, it became extinct hundreds of thousands of years ago.