Majestic yet increasingly vulnerable, the Sunda tiger is the last remaining tiger population in Indonesia’s Sunda Islands, after the Bali and Javan tigers were hunted to extinction. Today they remain only in the dense forests of Sumatra and are often known as Sumatran tigers. Read on to find out about their life, habitat and diet as well as some incredible Sunda tiger facts.

Panthera tigris sondaica are the last remaining tigers in Indonesia. Genetically different from the mainland species, they once roamed throughout the Sunda Islands such as Borneo, Java, Sulawesi, Bali, Lombok, Timor and Komodo.

Today, the only remaining population of Sunda tigers is located on the western Indonesian island of Sumatra. Here is all you need to know about one of the world’s rarest big cats, including some of the most amazing facts about Sunda tigers.

How Big are Sunda Tigers and How Long do they Live? 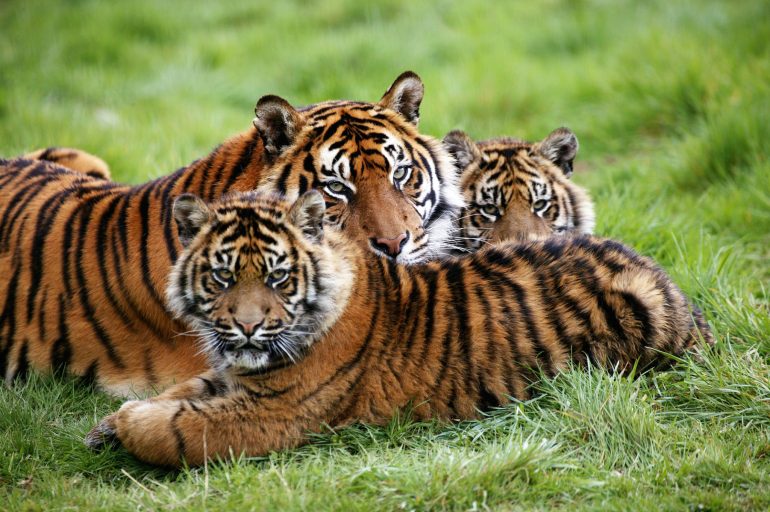 The Sunda or Sumatran tiger is one of the smallest species of tiger. Males average around 2.3 metres long and weigh up to 140kg, and females are slightly smaller, weighing a maximum of 110kg and measuring around 2.1 metres long.

Their fur tends to be darker and the black stripes are closer together and much thicker than their continental cousins. One of the most interesting facts about sunda tigers is that they have noticeable beards and manes of fur around their faces.

Like most tigers in the wild, Sunda tigers can live for around fifteen to eighteen years. In captivity they usually live a little longer – up to around twenty years or more – and the oldest recorded Sunda tiger lived to the ripe old age of twenty-six.

Where do Sunda Tigers Live? 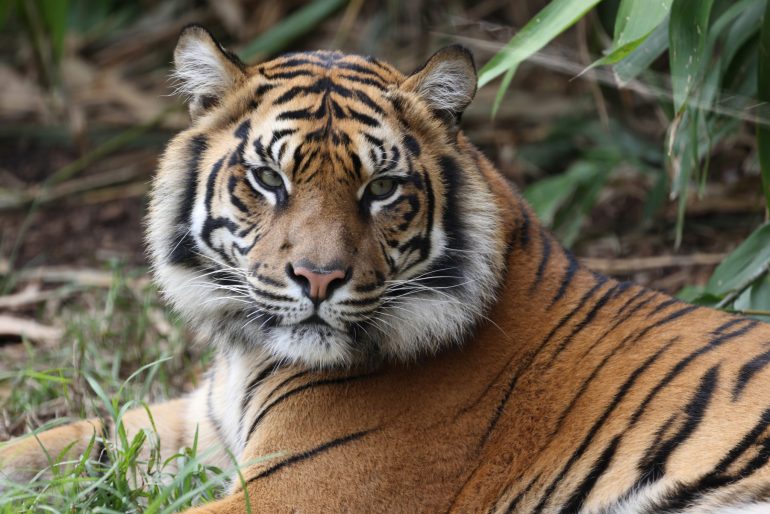 The piercing glare of the Sunda Tiger (Photo: Ken Griffiths via iStock)

A century ago, thousands of tigers called the Sunda Islands home. Today, they can only be found on the island of Sumatra, from the coastal lowland forests of Bukit Barisan Selatan National Park on the southern tip of the island to the dense mountainous forests of the Gunung Leuser National Park in the north.

It is believed that the largest subpopulation of Sunda tigers is in the Kerinci Seblat National Park in the west of the island, where there could be as many as 190 specimens.

As recently as 1985, there were approximately 800 tigers on the island. However, by 1992 that number had dwindled to around 500-600. Today, the most recent estimates put the total number of Sunda or Sumatran tigers at less than 400, and there are some conservative estimates that suggest there may be as few as 250 left in the wild.

There are conservation efforts in place, though it is feared that the rate of deforestation, deadly habitat destruction and illegal poaching is outrunning the amazing work the conservationists are doing. As an example, between 1985 and 2014, the island’s forest cover reduced from 58% to just 26%.

Therefore, there remains a real fear that the Sunda tiger could be the first big cat extinction of the 21st century.

What Do Sunda Tigers Eat? 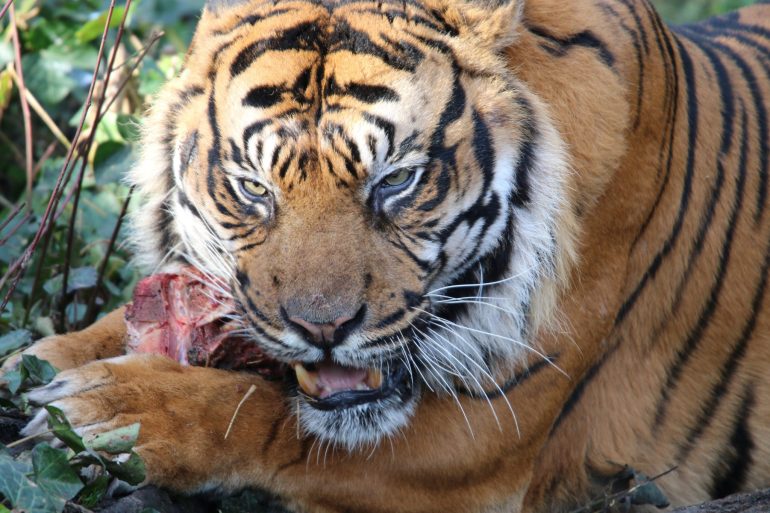 Like all tigers, the Sunda tiger is an apex predator and an obligate carnivore, meaning they are biologically dependent on a diet of meat. Their main sources of food are deer, wild pigs, fish, macaque monkeys, tapirs (a small, pig-like mammal) and porcupines. If they can catch them, they will also eat crocodiles.

Not unlike their mainland cousins, only around one in ten hunts is a success – so they will gorge as much as possible when feeding. It is believed that in one sitting they can eat as much as 35kg of meat. That’s the equivalent of almost 80 portions of fish and chips! 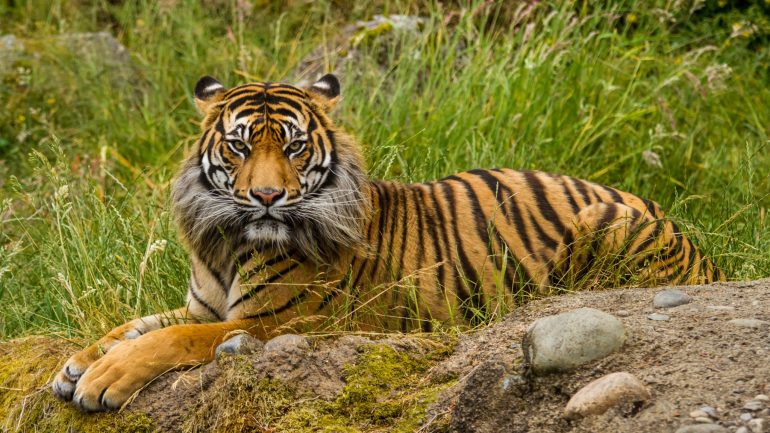 Sumatran Tiger having a lazy day (Photo: JourneysInColor via iStock)

One of the most interesting Sunda tiger facts is that it is one of two subspecies of tiger. The first, Panthera tigris tigris comprises the Bengal, Siberian, Malayan, Indochinese and South China tiger populations (as well as the now extinct Caspian tiger) and the second, Panthera tigris sondaica is now just the Sunda or Sumatran tiger. It did include the Balinese and Javan tigers but sadly both are now extinct.

Whiskers in the Wind

If you’ve ever wanted to know the incredible facts about Sunda tigers’ whiskers, your wait is over. They are thick, incredibly sensitive and are connected to their nervous system. They can detect tiny alterations in the air and wind and they provide extremely accurate information about the tiger’s whereabouts, including the possible location of food. They can also – quite remarkably – help to judge the distance between two points and they aid tigers in finding routes through small and narrow spaces, even in the dark.

Tigers are famously solitary animals and Sunsa tigers usually live a relatively isolated existence. However, one of the most fascinating Sunda tiger facts is that they have been known to amicably share food with tigers from neighbouring families when food is scarce.

The Difference is Genetics

There was a time when almost all tigers had the same genetic makeup. Yet between 12,000 and 6,000 years ago, the ancestors of the Sunda Island tigers were cut off from mainland tigers due to rising sea levels. They went on to develop their own genetic blueprint. This is why today they are categorised as a different subspecies to the Bengal, Malayan, Siberian, Indochinese and South China tigers.