Malayan tigers may be one of the smallest of the tiger subspecies, but they are no less impressive, powerful and majestic than their larger cousins. Remarkably similar to the Indochinese tiger, these apex predators are one of the world’s most beautiful creatures. Read on to find out about their life, habitat, diet and some of the most interesting Malayan tiger facts.

For years it was thought that the Malayan and Indochinese tiger were the same. However, as recently as 2004, Malayan tigers were recognised as a subspecies in their own right.

Here is everything you need to know about one of the world’s rarest big cats, including a range of fascinating facts about Malayan tigers.

How Big are Malayan Tigers and How Long do they Live? 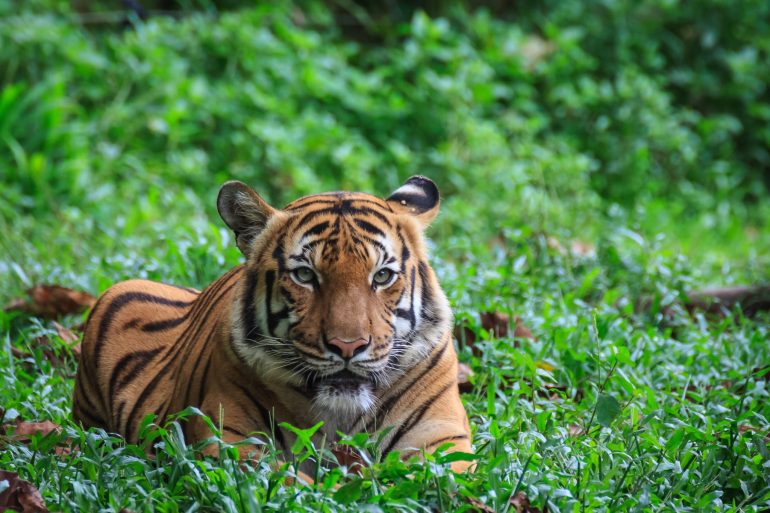 The intense stare of the Malayan Tiger (Photo: kksteven via iStock)

As with all species of tiger, there are a number of unconfirmed and undocumented reports of exceptionally large examples, but none that we can say for sure are undisputed Malayan tiger facts!

In the wild, it’s believed that the Malayan tiger can live anywhere between twelve and twenty years. In captivity, with a controlled diet, regular health checks and a life free from the stresses of poachers and predators, their lifespan is a little longer, up to around twenty-two years or more.

Where do Malayan Tigers Live? 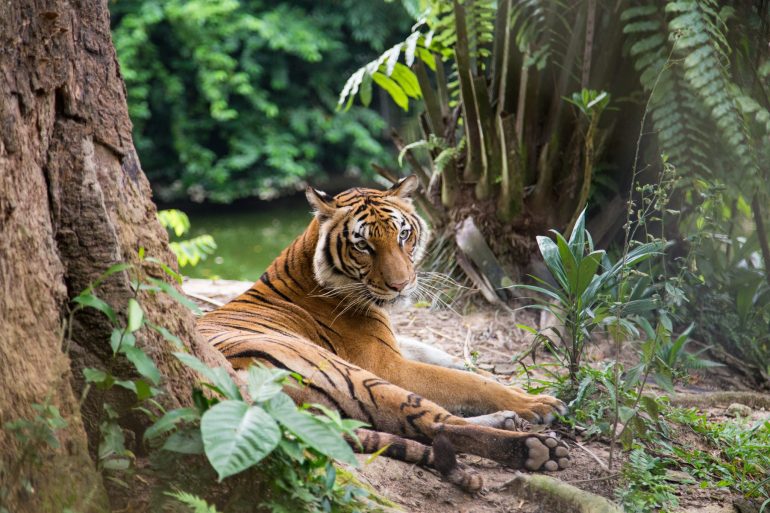 Resting in the Malayan forest (Photo: alexmatamata via iStock)

In the 1830s there was a large population of Malayan tigers on the island of Singapore, at the southern tip of the Malay Peninsula. As the island developed and the plantations grew, there were daily interactions with humans and hunting became a popular sport. The local authorities organised tiger shoots and the population declined until they were locally extinct – known as extirpation – in the 1950s.

Today, they inhabit the tropical central and northern Malaysian forests of Johor, Pahang, Kelantan, Perak and Terengganu, as well as possibly a small population at the very southern tip of Thailand.

In the middle of the 1900s there were around 3,000 tigers that called the Malaysian rainforests home. However, due to the devastating effects of hunting, habitat fragmentation and deforestation for the purposes of development and agriculture allocation (leading to far fewer prey), Malayan tigers are classified as Critically Endangered on the International Union for Conservation of Nature (IUCN) Red List.

As an example, in the space of just ten years, in the Belum-Temengor Forest Reserve in the northern Malaysian state of Perak – the largest continuous forest complex in the entire Malaysian Peninsula – the tiger population has declined by 60%.

One of the saddest facts about Malayan tigers is that, in the wild, it is believed there are no more than about 250 – 300 remaining (with some conservative counts putting the number as low as 150).

Some experts suggest they may not survive another generation.

What do Malayan Tigers Eat? 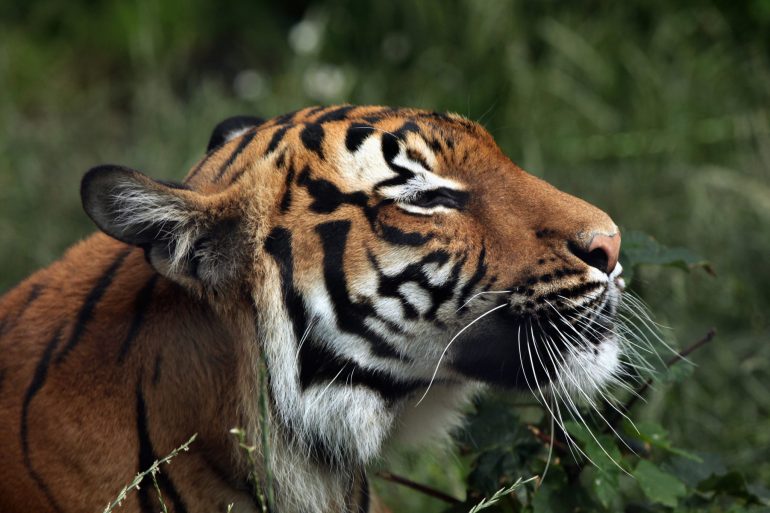 Malayan tigers are accomplished ‘stalk and ambush’ hunters and committed carnivores. Their diet consists of wild boar, sambar and barking deer (also known as muntjac deer), bearded pigs, serow (large mammals that resemble a cross between a goat and an antelope) and sun bears, the smallest member of the bear family.

One of the most fascinating facts about Malayan tigers’ diet is that they will also go after young, weak elephants who have become separated from the herd.

Like most wild apex predators, a constant supply of food is not always available and Mayalan tigers may only feed once or twice a week – so when they do, they will often gorge.

Malayan tigers have been known to eat as much as 40kg of meat in one sitting, that’s the equivalent of three blacktip reef sharks! 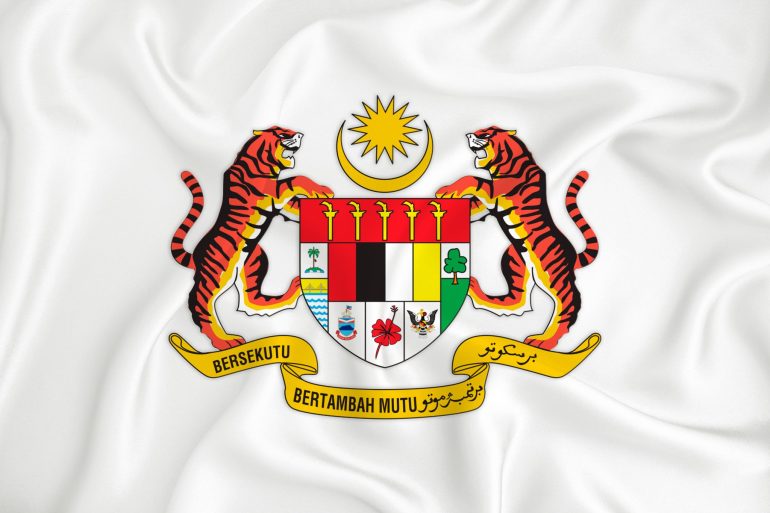 Coat of arms of Malaysia (Photo: Kachura Oleg via iStock)

The National Animal of Malaysia

The Malayan tiger signifies bravery and strength amongst Malaysians, and is depicted on the coat of arms of both Malaysia and Singapore as well as that of the Malaysian state of Johor. It also appears on the badge of the Royal Malaysian Police and the Malaysian FA. The national football team is nicknamed the ‘Malaysian Tigers.’

A Tiger By Two Names

The international scientific community recognise Malayan tigers by the name Panthera tigris jacksoni after British tiger conservationist Peter Jackson. However the chairman of the Malaysian Association of Zoos, Parks and Aquaria argued that they should be named after the region it inhabits, so Malaysians know it as Panthera tigris malayensis.

Malaysian people are so proud of their national animal that they call it Pak Belang which translates to ‘Uncle Stripes’! This is definitely one of the best facts about Malayan tigers!

Malayan tigers are superb swimmers. They can often be found playing in shallow rivers and lakes – an excellent method for keeping cool – and with their webbed paws and strong leg muscles, they will often cross rivers to find food.