How Long do Tigers Live?

Rivalled only by lions in their ferocity and strength, tigers are solitary but social apex predators who capture the imagination. These beautifully graceful creatures are often the subject of fascination and here, you’ll find out the answers to some of the most commonly asked questions about tigers - specifically how long do tigers live in the wild and how long do tigers live in captivity.

With academic descriptions dating back as far as a centuries-old scientific paper from 1758, tigera (Panthera tigris) are one of the world’s most fascinating and complex animals.

They are iconic symbols of strength, power and courage and are a vital part of our ecosystem. Tigers are one of the most closely-studied of all the big cats and we have a vast wealth of information about their lifecycle, habitat, eating habits and their social and daily activities. This article will answer one of the most frequently asked questions about tigers – how many years does a tiger live?

How Old Can Tigers Get? 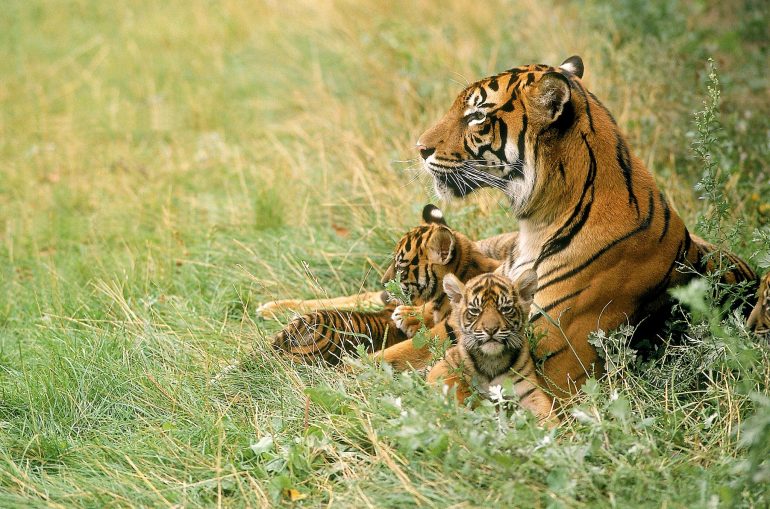 Most tiger cubs are born in the spring and litters are usually between two and four cubs – rarely do litters get above five – and they don’t open their eyes until they are over a week old. At birth they weigh between 700g and 1.6kg – around the same weight as a fully-grown dwarf lanternshark, the smallest shark in the sea!

In the wild they become independent after about eighteen months and after two to two-and-a-half years they separate from their mothers and go their own way.

Unfortunately, juvenile mortality is high among tigers. It is estimated that almost half of all tiger cubs don’t survive any more than two years due to a number of factors including poaching, a lack of food, fighting and habitat loss. A particularly sad statistic given that tiger numbers both in the wild and in captivity are not as high as we’d like them to be.

So how long does a tiger live? That all depends whether they are in the wild or in captivity in zoos and specialist animal parks.

How Long Do Tigers Live in the Wild? 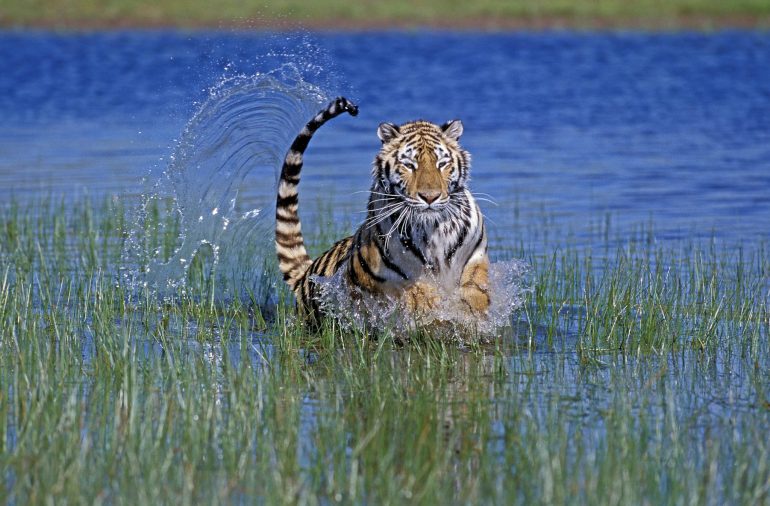 Tigers in the wild face unrelenting daily pressures from poachers, retaliatory killings, a lack of prey and the destruction of their habitat and their lifespans can vary. In addition, there are a number of different species of tiger, and while there is no one single answer to the question ‘how long do tigers live’, scientists have been studying them for long enough to broadly understand their lifespans.

On average, tigers can survive in the wild for approximately up to fifteen years. However, the lifespan of species such as the Bengal tiger can be as little as eight to ten years. Siberian tigers fare a little better, living to around thirteen or fourteen and the Sumatran tiger can nudge that number up a little. Unfortunately, very little is known about Javan, South China and Indochinese tigers because they are feared to be extinct.

These numbers are dependent on factors including the availability of prey, access to water sources, reproduction, environmental conditions, disease and competition. As with humans, when tigers get older they can be affected by injury, infections and inherited and congenital defects and they become slower in their movements and abilities. This makes them prize prey for wild dogs and other large carnivores. A superficial injury as minor as a sore paw can reduce their efficiency so quickly and dramatically it has been known to spell the end.

How Long Do Tigers Live in Captivity? 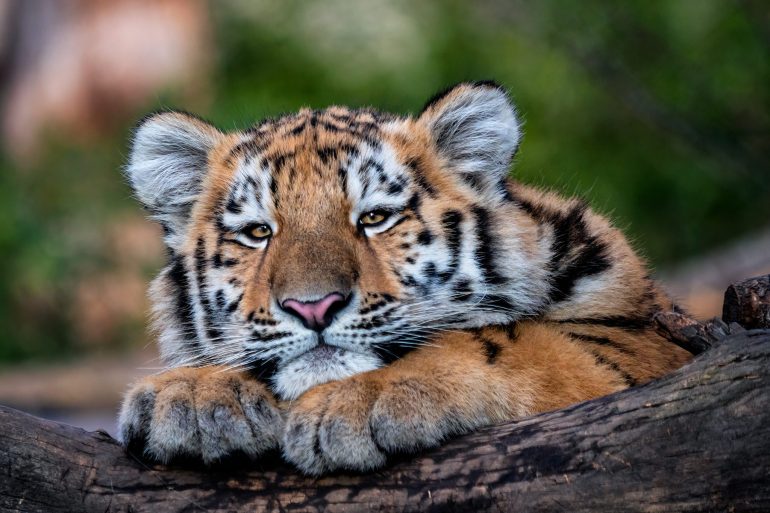 Tigers in captivity last much longer than their wild cousins. While they are in professionally-operated zoos, safari parks, rehabilitation centres or conservation projects, they are constantly monitored by specialists, are well fed with all the proteins, vitamins and nutrients they need to stay healthy, have excellent veterinary care and they are safe in enclosures suited to their needs. In other words they have none of the stresses that wild tigers have.

As such, they can live to well over twenty years and in some cases up to twenty-five.

In fact according to Guinness World Records, ‘how old can tigers get’ can be set with a new number! Bengali, a female Bengal tiger who lives at the Tiger Creek Animal Sanctuary in the town of Tyler in Texas, celebrated her 26th birthday on August 31st 2021!

Fascinating Fact: Every Tiger is Unique 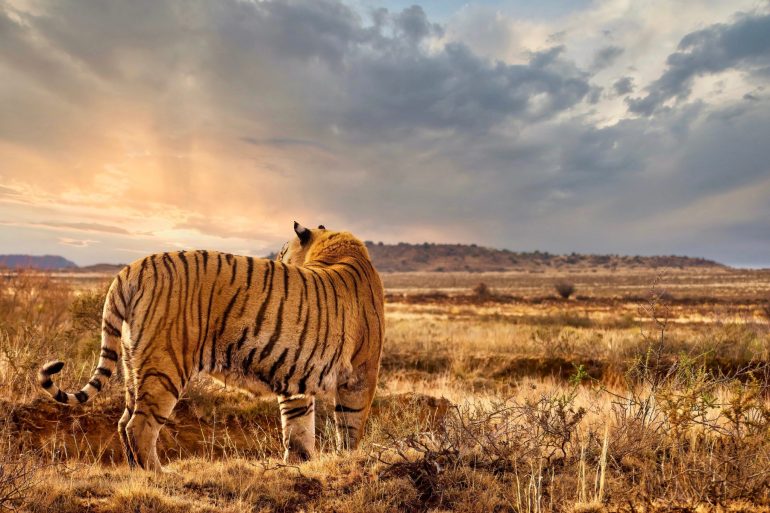 A tiger’s markings are as unique as a human’s fingerprints. No two are exactly the same.