Known as the king of beasts, the African lion is an icon of the animal kingdom. So where on the continent is this big cat found? What is the difference between lions in different parts of Africa? What do we know about their behaviour and diet? Read on to find out.

When most people think of lions, they are thinking of what is generally referred to as ‘African lions’. With prominent manes and powerful bodies, these are the most iconic of the species. So what are the characteristics of the African lion? And how do lions differ around the continent? 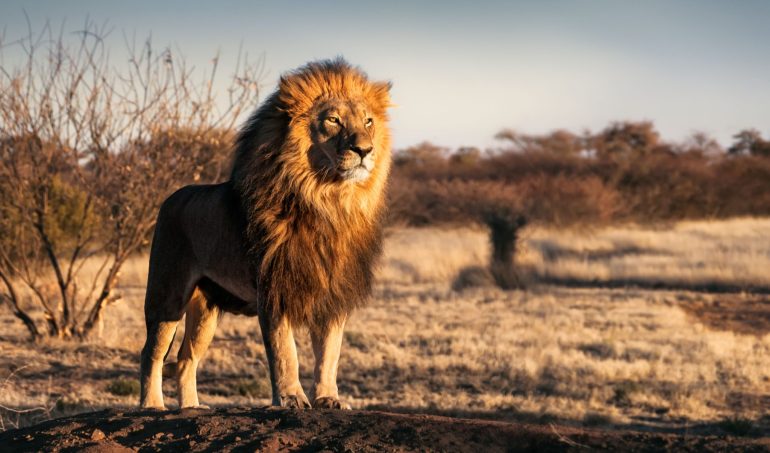 Often referred to as the ‘African Lion’, Panthera leo leo actually refers to the lion subspecies known as the Northern Lion. This is one of two types of lion and is one of the largest members of the cat family, exceeded in size only by the tiger.

African lions are also large in the context of their species, being both larger and heavier than lions found in Asia. However, the African lion is itself split into a variety of subcategories, differentiated by genetics and habitat. 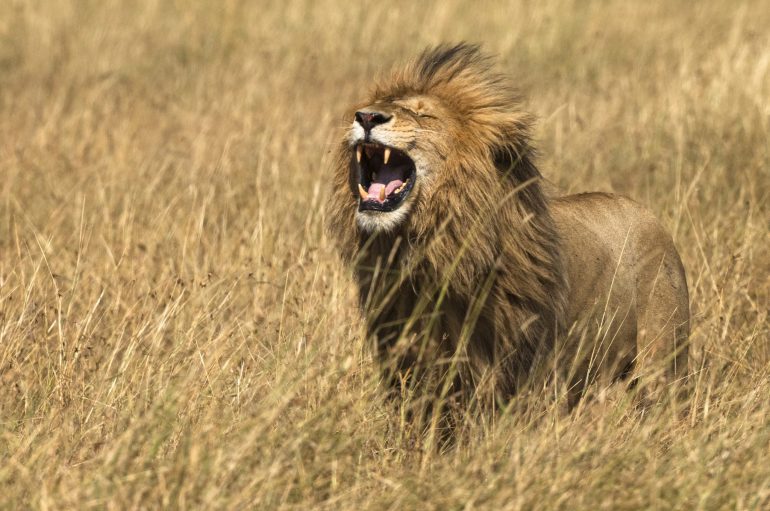 Lions in the wild in Africa generally live to between 10 and 14 years of age. While they have no natural predators, they are considered most likely to die in violent circumstances, either from humans or other lions.

Fully grown males vary in length from 2.6 to 3.3 metres, while females range from 2.4 to 2.7 metres. And this doesn’t account for their tails, which can add as much as a metre to that length. Males and females can also reach up to 250kg and 180kg in weight respectively. 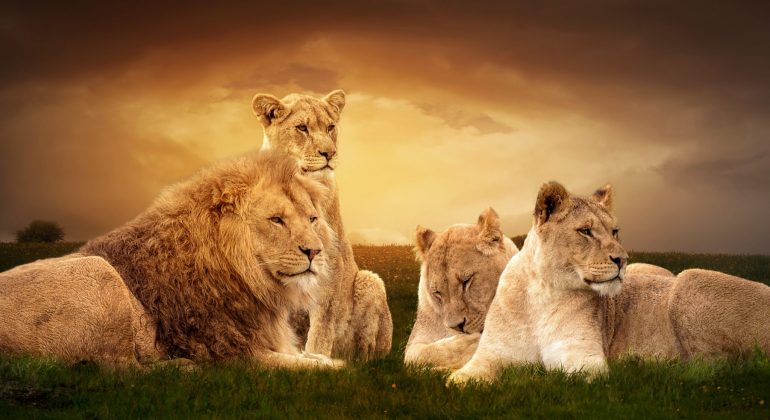 Lion pride resting in the grass at sunset (Photo: stanzi11 via iStock)

While the African lion is considered a homogenous type, when it comes to the types of lions in Africa, there are in fact two subspecies of lion on the continent. Southern Lions have a different genetic lineage to Northern Lions. Indeed, the latter actually have more genealogical common ground with the Asiatic lion. 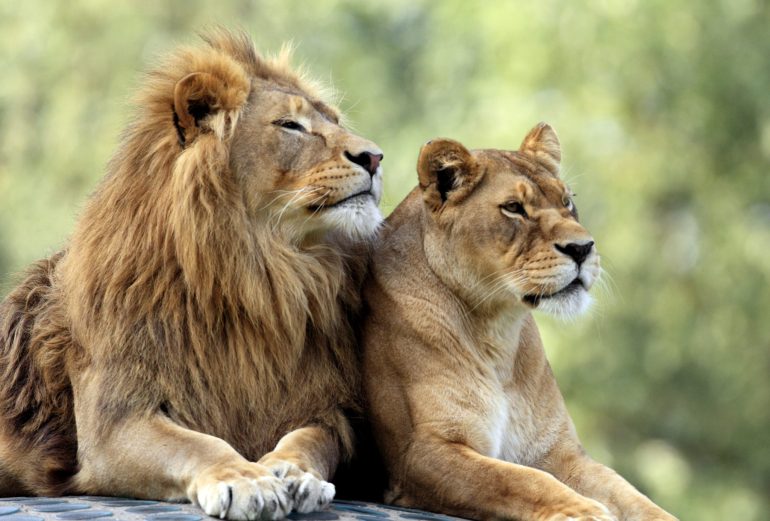 The genetic differences in lions found in different parts of Africa are said to be reflected in their physical characteristics. The prevailing wisdom is that the Southern Lion is generally larger and heavier than the Northern Lion. It is also thought to have a differently shaped head and a thicker, longer mane. There are also noted social and behavioural differences in the regions. The Northern Lion tends to group in smaller prides and even hunt smaller prey. 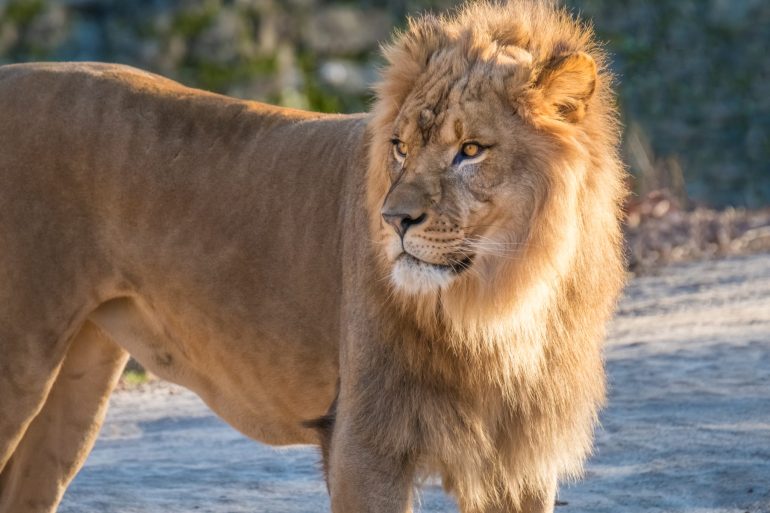 Lions distinguish themselves from other cats in a variety of ways. For example, they are uniquely social, living in groups known as prides. The average pride is made up of 15, mostly female, lions.

Unlike other cats, lions also display the trait of sexual dimorphism. That means it’s easy to distinguish males from females. This is, of course, largely down to the mane of the male lion. 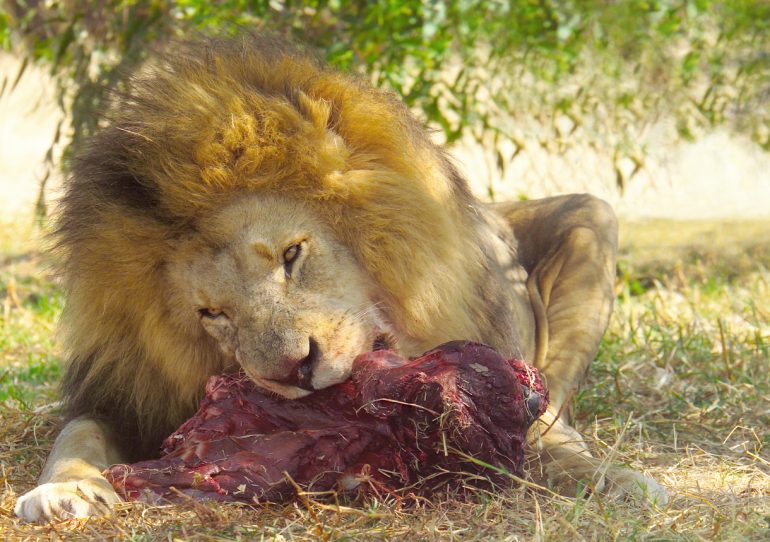 Female lions do the vast majority of the hunting. Most hunting takes place at night, lions being nocturnal in nature. They are willing to hunt a wide range of prey and are considered both apex and keystone predators.

Most of the time, they tend to hunt medium and large ungulates such as antelope and wildebeest. But if the opportunity arises, they will hunt anything from lizards and mice to elephants. 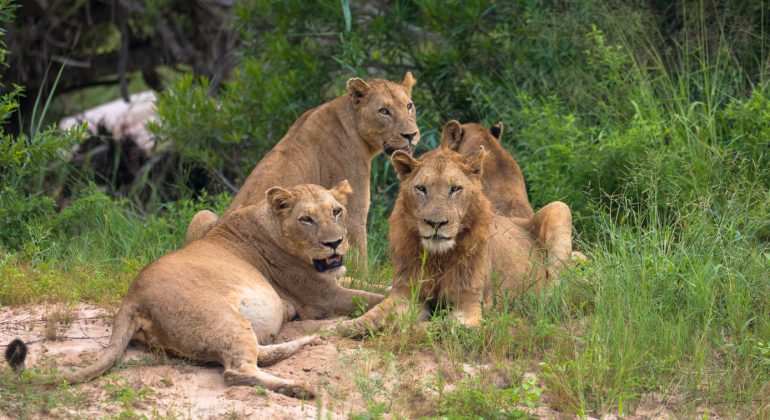 African lions used to live throughout the continent. However, by the 1960s they were extinct in most of North Africa, with only a small group remaining in south Sudan. Today, most wild African lions are therefore found in areas south of the Sahara, mostly – though not exclusively – in central and west Africa. The Southern Lion, which is a separate subspecies, lives mostly in southern and eastern Africa.

In terms of habitat, a lion favours savanna and grasslands for their plentiful water and cover. However, they are also found in bush, forests and other environments. For example, lions in west Africa have been known to inhabit tropical forests and in east Africa lions have been known to inhabit montane – or mountainous – forests, albeit in small numbers.

Over time, the range of the African lion as a whole has declined and even possibly halved in the course of the 20th century.