We use cookies to enhance your experience, for analytics and to show you offers tailored to your interests on our site and third party sites. We may share your information with our advertising and analytic partners. Find out more about cookies by reading our updated Cookie Policy, which contains further information about the cookies and other technologies that we use and information about how to disable them. By clicking "Accept", you agree to our use of cookies and similar technologies.

From racism and homophobia to religious, ethnic or class hatred, a rising tide of hate has pushed global society to the brink. This hard-hitting documentary series explores one of humanity’s most primal emotions.

Through cutting-edge scientific research and stories from around the world, the series asks: Where does hate come from? How does it spread? How can we limit its destructive power? The series traces the evolutionary basis of hatred and its powerful impact on individuals and societies throughout human history. From tribalism to ‘hate tools’ like propaganda, each episode reveals a different aspect of this universal emotion and its often-devastating consequences.

At the heart of this timely series, executive produced by Oscar winners Steven Spielberg and Alex Gibney and directed by Emmy award winners Geeta Gandbhir and Sam Pollard, is a central question: if we can understand what hate is, how it begins, and how it spreads, can we find a way to work against it?

An investigation into hate, produced by Steven Spielberg and Alex Gibney. Evolutionary anthropologist Brian Hare searches for the origins of this powerful emotion.

An investigation into hate, produced by Steven Spielberg and Alex Gibney. Cognitive scientist Laurie Santos examines how tribalism shapes perceptions of other groups.

An investigation into hate, produced by Steven Spielberg and Alex Gibney. Journalist Jelani Cobb explores how dehumanising propaganda can incite and spread hate.

An investigation into hate, produced by Steven Spielberg and Alex Gibney. Neuroscientist Emile Bruneau explores the end of Apartheid and how cooperation can help combat hate. 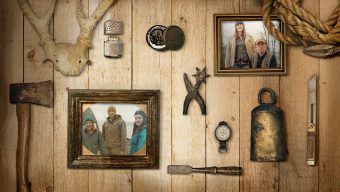 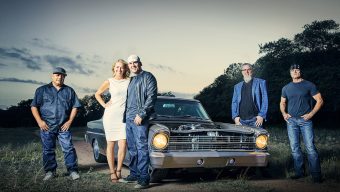