Porsche is one of the world’s most famous car makers. From the magnificent 356 in the late 1940s to today’s sensational speed machines, every car fuses beautiful design, sumptuous luxury, spectacular performance and dependable German reliability. Ferdinand ‘Ferry’ Porsche said ‘a car should not only be functional, but should also have a beautiful appearance’ and never was a quote more apt when talking about 1960s Porsche models.

In the 1960s, Porsche came of age in the most spectacular way imaginable. While there had been significant success from the range of 1950s Porsche models – particularly the remarkable 356 – this was to be eclipsed in the following decade by one of the most iconic cars ever made. In a decade that gave the world the Lamborghini Miura, the Jaguar E-Type, the Ferrari 250GT and the Aston Martin DB5, Porsche launched a car that stopped the motoring world in its tracks. Here are the very best Porsche models from the sixties. 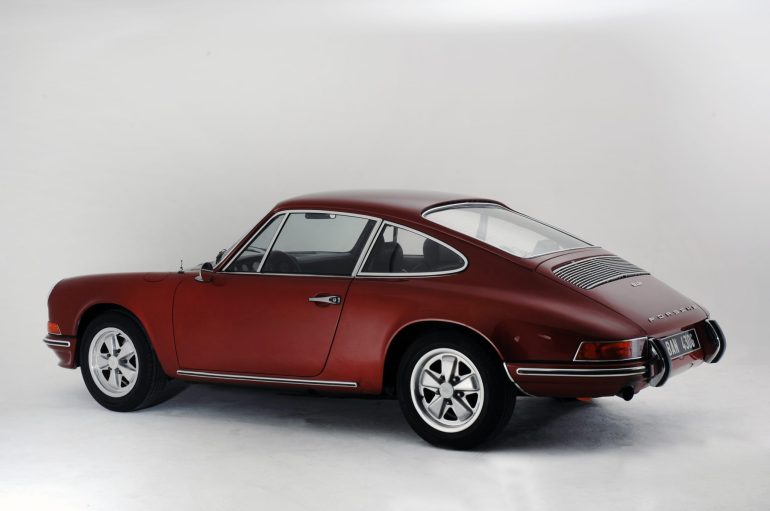 The 1960s was arguably the most important decade in Porsche’s history. After passing 50,000 production cars in 1962, they launched the most instantly recognisable car in the world.

The successor to the 356, the world’s most famous car was originally designated the 901, however Peugeot had registered all three digit numbers with a ‘zero’ in the middle so Porsche changed it to 911. Production began in September 1964 and was launched with a five-speed manual gearbox. The original rear-mounted 2.0-litre, 130hp flat-six had a top speed of 131mph.

During the late 1960s, Porsche released a number of variants including the base model 911T, the 911S with 160hp and forged alloy wheels and the fuel injected 911E. Whichever version of this incredible 1960s Porsche you had, you were driving something truly special.

It’s hard to overestimate the impact the 911 had on the world of motoring. Even today, hardcore petrolheads debate the merits of a rear-engined supercar, but the 911 has been in production for close to sixty years so they must be doing something right!

As the early 1960s Porsche executives planned to discontinue the 356, they were concerned that the bigger, more powerful and decidedly more expensive 911 would cost them customers. To bridge the gap, they introduced the 912. It was cheaper and less powerful – using the 90hp, 1.6-litre flat-four from the 356SC – and used a four-speed manual gearbox instead of the 911’s five-speed.

It looked exactly the same as the 911 and technologically-speaking it was virtually identical. In its first few years of production the hard top and Targa versions actually outsold the 911. In fact the 100,000th Porsche was a 912 Targa, presented to the police force of Baden-Württemburg, which has Porsche’s home city of Stuttgart as its capital.

Ask anyone apart from the most committed Porsche enthusiast if they’ve heard of the 914 and the answer is likely to be no. Launched as a joint-effort between Porsche and Volkswagen at the 1969 Frankfurt Motor Show, the two-seater, mid-engined targa-topped roadster is – perhaps unfairly – largely forgotten.

Porsche needed a replacement for the 912 and VW needed a new top-of-the-range sports coupe to replace the Karmann Ghia, so the 914 served the needs of both companies. Originally offered with a 79hp, 1.7-litre fuel-injected flat-four (with later variants using a 1.8-litre and a 2.0-litre version), the 914 was era-apt without being a beauty queen. Although some have suggested it was a failure, it was in fact one of the most successful Porsche models from the sixties, selling approximately 119,000 cars with around 80% going to America.

An automotive oddball for sure, but if your classic car collection is missing a cute, nimble and super-rare 60s Porsche that no-one can remember, the 914 ticks every box! 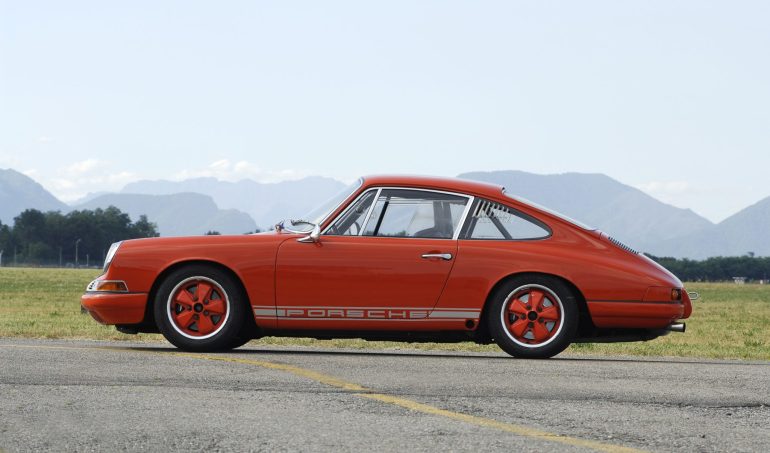 In the 1960s, Porsche models hit the sweet spot. In the 911, they created one of the most evocative and exotic cars the world had ever seen and truly cemented the brand among the automotive elite.