Ferrari vs Lamborghini is one of the motor industry’s great rivalries, one that started over an argument about a 10-lira tractor clutch. This is the astonishing true story of one of the most famous rows in history - Enzo Ferrari vs Ferruccio Lamborghini.

The Lamborghini versus Ferrari history is fascinating. The prancing horse against the raging bull. The racing driver against the tractor maker.

Both companies have gone on to astound the automotive world with their sensational cars, legendary symbols of wealth, power, speed and design. But when Ferruccio Lamborghini bought a Ferrari 250 GT in 1958, he was decidedly unhappy with it and went to see Enzo Ferrari to voice his displeasure.

There have been many great 20th century rivalries – Coca-Cola vs Pepsi, Burger King vs McDonald’s, Adidas vs Puma and Microsoft vs Apple – but Ferrari vs Lamborghini was a clash of two men who refused to give an inch. It was the embodiment of the preservation of ferociously guarded Italian pride.

To understand the Ferrari vs Lamborghini rivalry, we must first understand Enzo Ferrari and Ferruccio Lamborghini. As with many great rivalries, there is more that unites them than divides them. Both men were from the Emilia-Romagna region of northern Italy, both grew up with an interest in mechanics and both went on to make some of the world’s most memorable and famous cars. 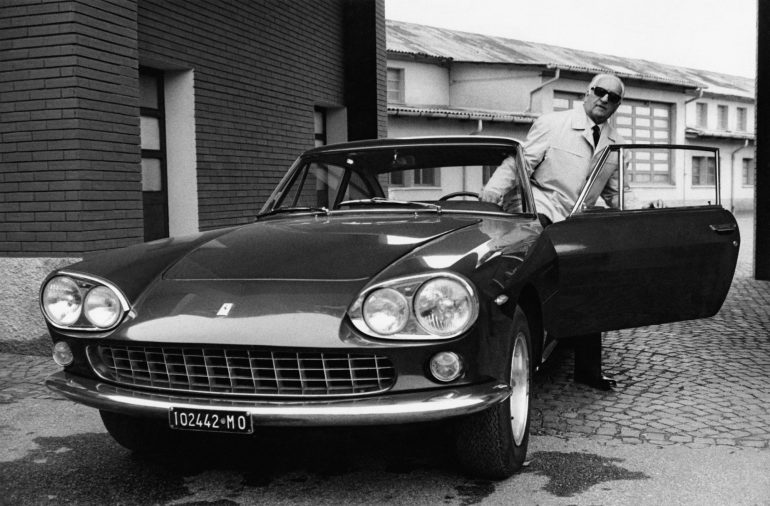 Born in 1898 in Modena, he received little in the way of formal education but in 1908 at the age of 10, he watched Felice Nazzaro win the Circuito di Bologna. This started a lifelong, passionate love affair – some would say all-consuming obsession – with motor racing and speed. It was an obsession that led to the intense Ferrari versus Lamborghini battle in the 1950s.

After discharge from the Italian Army after World War I, he harboured dreams of becoming a sports journalist, an opera singer or a racing driver – his life took in elements of all three – but the latter prevailed and he enjoyed good if not spectacular success with some fantastic 1920s cars.

After working with Alfa Romeo through the ‘20s and ‘30s, he set up Auto-Avio Costruzioni in 1939 to supply parts to racing teams. After World War II ended, Enzo Ferrari decided he wanted to make cars that bore his own name (although a little-known Ferrari fact is that his first car wasn’t a Ferrari at all). He opened a factory in Maranello and in 1947, Ferrari S.p.A was born. The first Ferrari-badged car was the 1.5-litre, V12 125S.

Ferruccio Lamborghini – The Beginnings of the Bull 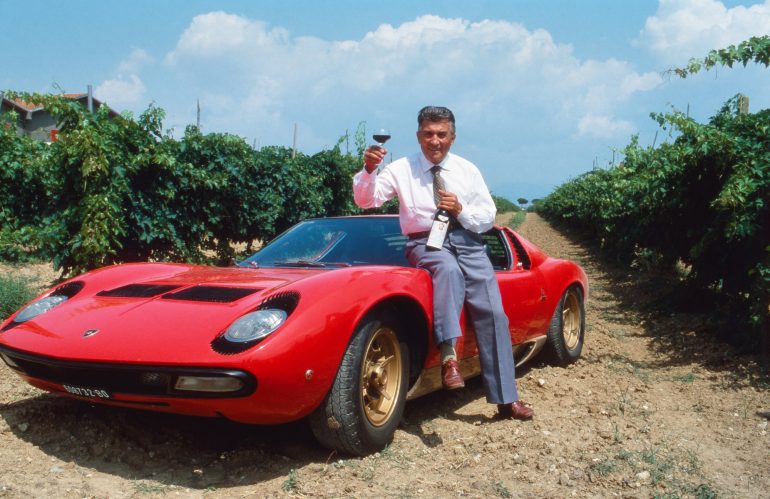 Italien engineer and car designer Ferruccio Lamborghini with his car at his vineyard at Perugia, Italy 1991. (Photo by Wolfgang Kuhn/United Archives via Getty Images)

Growing up in a family of grape farmers in the formative years of the 20th century, there’s no way that anyone could have foreseen how the Enzo Ferrari vs Ferruccio Lamborghini story was going to unfold.

Drawn more towards farming machines than farming itself, Ferruccio Lamborghini studied mechanical engineering and then took those skills into the Italian RAF during World War II. When he got home (after serving a short time as a POW when Rhodes, where he was stationed, fell to the British), he tinkered with cars but in 1947 – the year Ferrari was founded – Lamborghini Trattori (‘Tractors’) was born.

The tractor business was very successful, but real wealth came when he diversified into heating and air conditioning. It allowed him to buy some of the most sought-after and best looking cars in the world including a Mercedes-Benz 300SL, an E-Type Jaguar and two Maserati 3500GTs.

In 1958, he travelled to Maranello to buy a Pininfarina-designed Ferrari 250 GT and it’s here that we pick up the tale of the automotive match of the century, Ferrari versus Lamborghini. 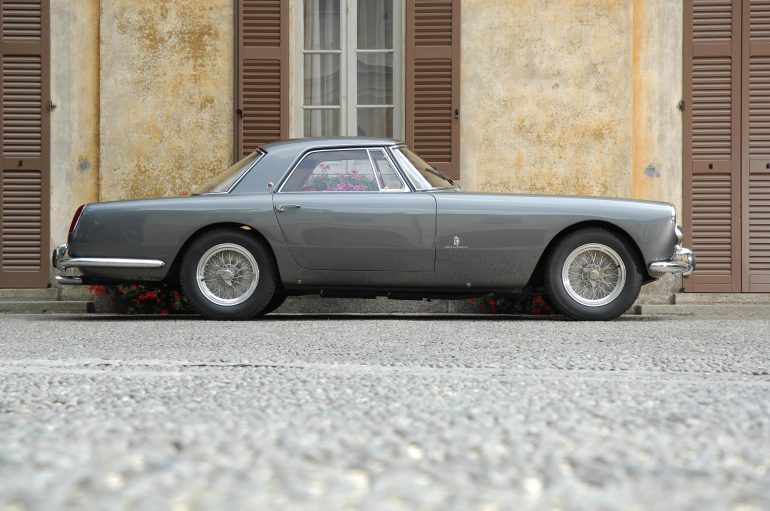 This is the story of a 10 lire tractor clutch.

Naturally with a story that has been told and retold thousands of times over the decades, the Lamborghini vs Ferrari history has taken on a life of its own. Undoubtedly with each retelling there will be a heady mix of truth and myth but with the protagonists gone – Ferrari died in 1988 aged 90 and Lamborghini in 1993 aged 76 – one man knows the real story because he heard it first-hand from the mouth of Lamborghini himself.

A name that goes way under the radar – and unless you’re a hardcore petrolhead you won’t have heard of him – but Valentino Balboni is automotive royalty. A true cult figure in the car world. A 40-year employee of Lamborghini, he started his career as an apprentice mechanic but finished as the company’s chief test driver, asked by the patriarch himself to take the job. So revered was he that in 2009, Lamborghini issued a special edition run of 250 Gallardo LP550-2 ‘Valentino Balboni Edition’ cars with rear-wheel drive, his preference for the thrill of cornering at high speed.

This is the Ferrari vs Lamborghini story, as told by Balboni himself.

When new tractor company clients came in to sign contracts, Ferruccio would always take them to dinner in his Ferrari. While he liked to put on a show, the truth is that he wasn’t a particularly good driver. ‘He was always burning the clutch’ says Balboni.

After repeated – and expensive – trips to the Ferrari factory, he had one of his own mechanics disassemble the engine and transmission and replaced the clutch himself. Instantly, the mechanic discovered that the clutch on the car was exactly the same clutch fitted to his tractors. In fact it was a commercially-available clutch fitted to many of the day’s top-end sports cars, but that did not sit well at all with the tractor maker. He was, in Balboni’s words, ‘so mad.’

Knowing he paid 10 lire for his clutch and knowing that he was charged 1,000 lire every time he needed a new one was like a stab in the heart. He confronted Enzo Ferrari and the bell rang. Seconds out for the fight of the century – Ferrari versus Lamborghini.

‘You build your beautiful cars with my tractor parts,’ is the supposed opening gambit.

To which Ferrari is said to have responded with words to the effect of: ‘You are a tractor driver, a farmer. You shouldn’t complain driving my cars because they’re the best cars in the world.’ This only enraged Lamborghini more.

It’s often reported that Ferrari vs Lamborghini took place in Enzo Ferrari’s office at the factory in Maranello but that seems to be the only element of the story where Balboni isn’t 100% sure. He’s relatively certain it took place at a car or engineering show but it’s a fact that appears lost to history.

What is certain is that out of the Ferrari versus Lamborghini face-off, Automobili Lamborghini S.p.A was formed in 1963, with the aim of making a ‘flawless GT’. 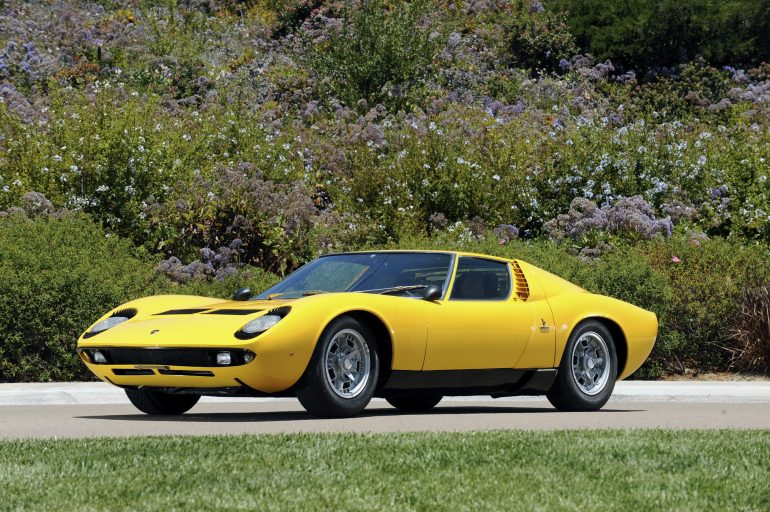 The tuned 3.5-litre V12 Lamborghini 350 GTV was designed and built in just four months, in time to be unveiled at the 1963 Turin Motor Show. Built by Gianpaolo Dallara, Paolo Stanzani and Bob Wallace (the man who a decade later said that the word ‘Countach’ sounded fine to an Anglo-Saxon ear), it was only ever intended to be a one-off prototype. It was so good, it paved the way for the first production Lamborghini.

The 350 GT was debuted at the Geneva Motor Show in 1964 and Ferrari vs Lamborghini was well and truly on. The de-tuned 3.5-litre V12 proved to be a triumph and it’s fair to say that its success both ensured the survival of the fledgling company and established Lamborghini as a worthy competitor to Ferrari, its greatest rival then, and today.

Through the next five decades, the two companies went head-to-head. In the 1960s Ferrari gave the world the magnificent 250 GTO and Lamborghini countered with the game-changing Miura. The 70s saw the Ferrari 308 GTS battle with the insanely-styled Lamborghini Countach. 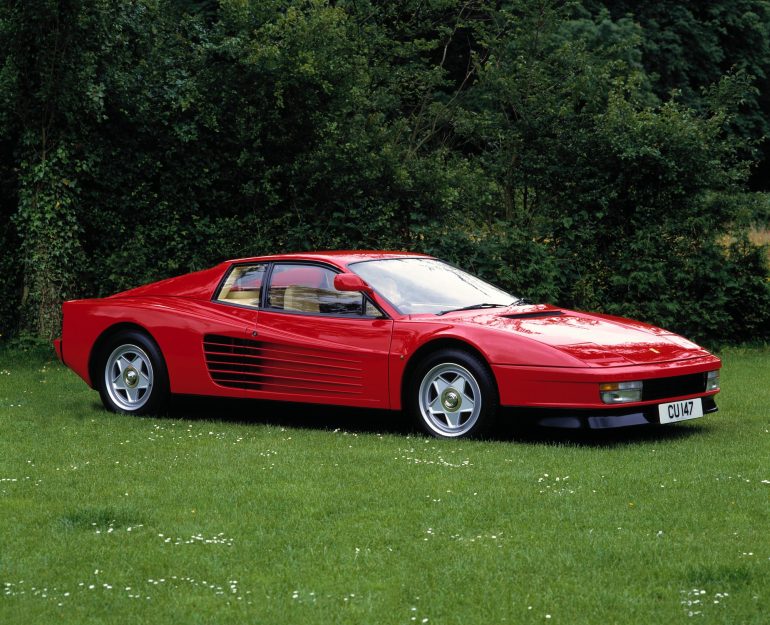 While the 1980s was a lean spell for Lamborghini (Ferrari unleashed the Testarossa and the F40), come the 1990s Lamborghini was back, and so was the Ferrari versus Lamborghini battle.

The Lamborghini Diablo was the star of the 1990s, putting all Ferrari models into the metaphorical back seat but come the 2000s and beyond, it’s like watching a tennis match again. Supercar after supercar – left to Maranello, right to Sant’Agata Bolognese. Each one faster, more aerodynamic, more insanely styled, more technologically advanced and – of course – more expensive. 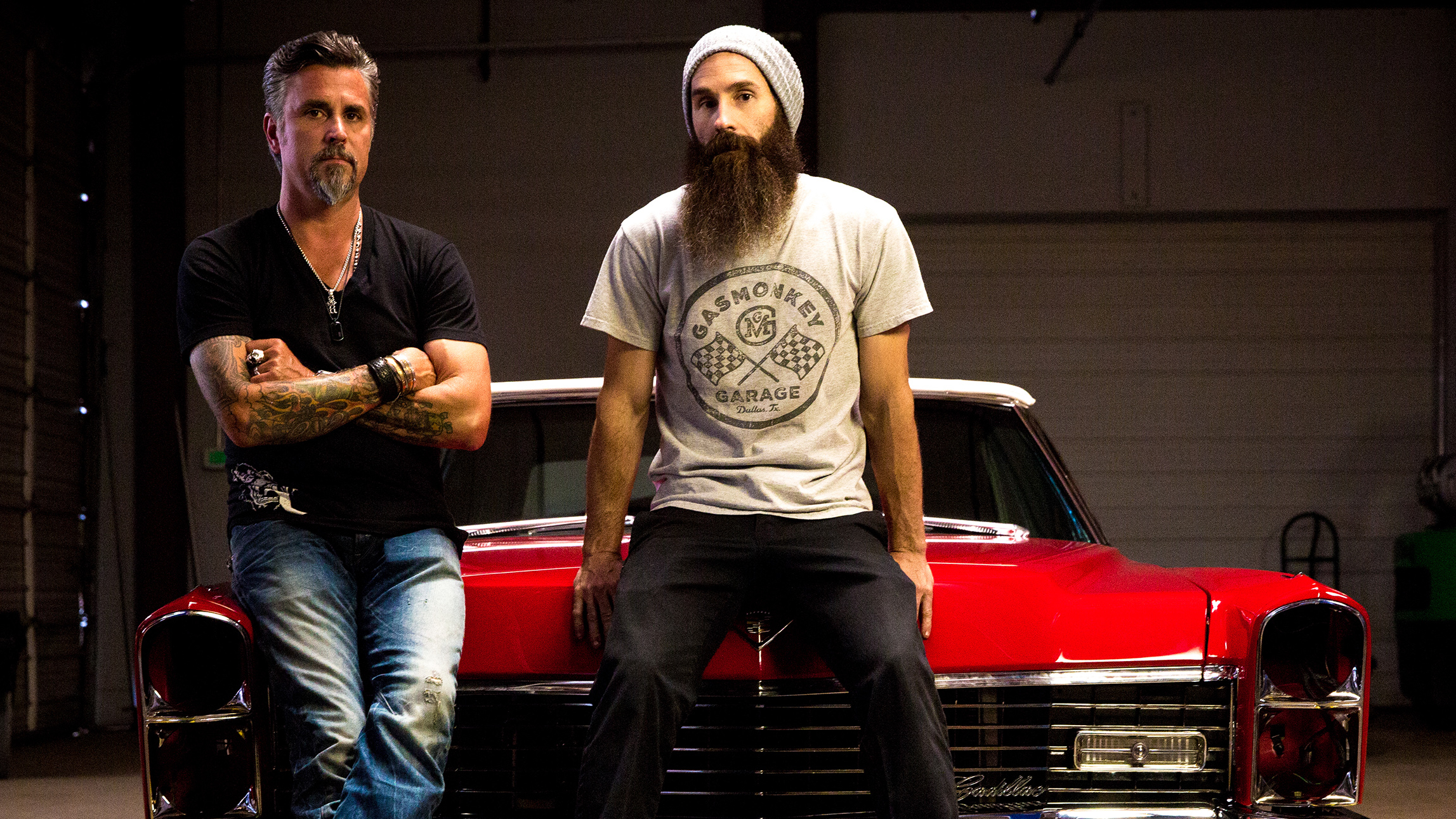 Fast N’ Loud: Motoring experts Richard Rawlings and Aaron Kaufman tour America, looking for old and abandoned cars that they can restore to glory in their garage in Dallas.

Ferrari versus Lamborghini – What Happened Next 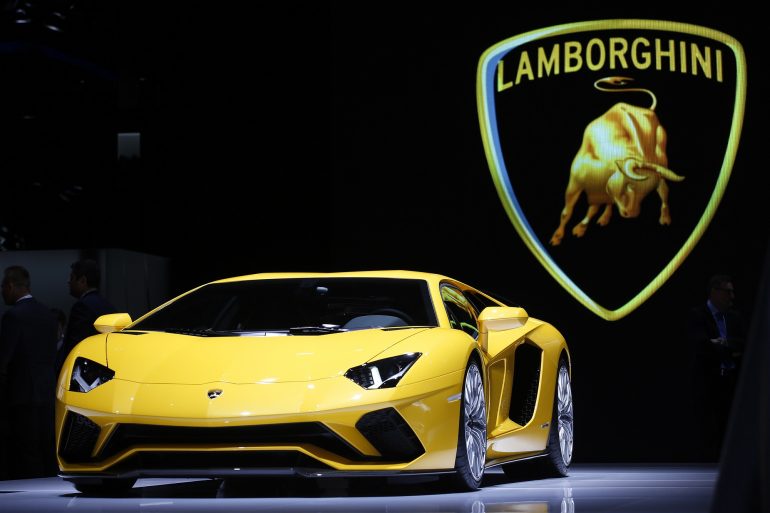 The Lamborghini vs Ferrari history is one that has played out for almost six decades and there are no signs it’s abating. Both marques have given the world some of the most exquisitely-engineered, innovative and eye-wateringly beautiful cars ever made. Not to mention some of the fastest ever road cars!

Ferrari have blessed the world with the 250 GT California, the Dino, the 308 GTS, the Testarossa, F40, Enzo and the LaFerrari. Lamborghini countered with the Miura, Urraco, Countach, Diablo, Murciélago, Gallardo and the Urus. 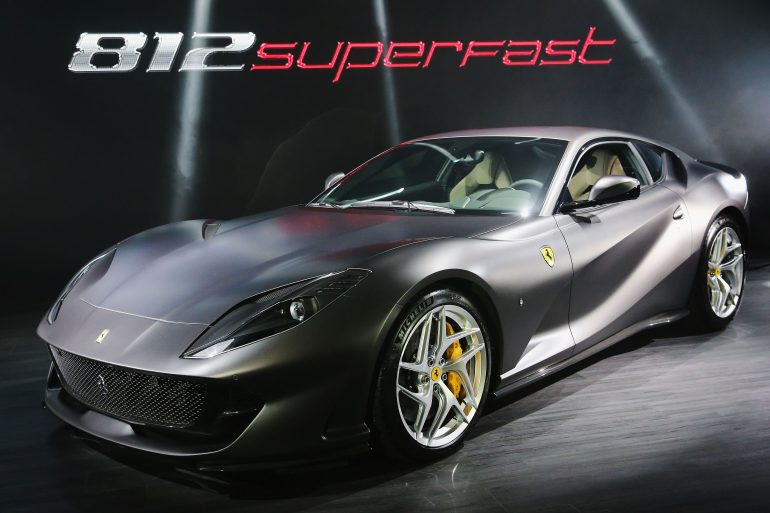 The new Ferrari 812 Superfast is seen at its Australasian Premiere on June 28, 2017 in Melbourne, Australia. The 812 Superfast is the most powerful and fastest Ferrari in the carmakers history, reaching 0-100 km/h in just 2.9 seconds. (Photo by Michael Dodge/Getty Images)

As long as they keep making wonderful cars, Ferrari versus Lamborghini is a rivalry that – we hope – continues for another six decades! 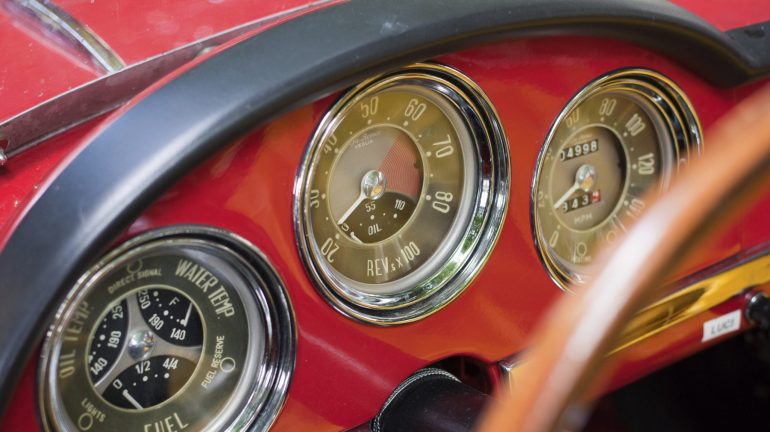 Chasing Classic Cars: Ferrari expert and master car restorer, Wayne Carini, finds, buys, restores and sells some of the finest and most unique vehicles ever manufactured.