For many reasons, the Fifties heralded a new era for the whole world. The increasingly prosperous post-war boom was in full swing and this renewed sense of optimism stretched as far as the motoring industry. In fact, we can say it was a defining decade and there were some truly memorable 1950s classic cars that stood out from the rest.

If any era can be deemed ‘the decade of change’, it was the 1950s. Cars, as well as music, fashion and TV introduced the world to an age of hope and aspiration. We were introduced to Elvis and Marilyn, rebel teenagers in denim jeans and television for the masses. It was also the decade when cars got cool. Seriously cool. Here are the best 1950s British cars and the best 1950s American cars.

The Most Amazing 1950s British Cars

The design of 1950s cars in the UK was going through a sea-change. Cars like the Ford Zephyr and the Vauxhall Velox were taking their cues from America’s over-the-top styling. However, the Fifties also saw the production of some of the most quintessentially-British cars ever made. 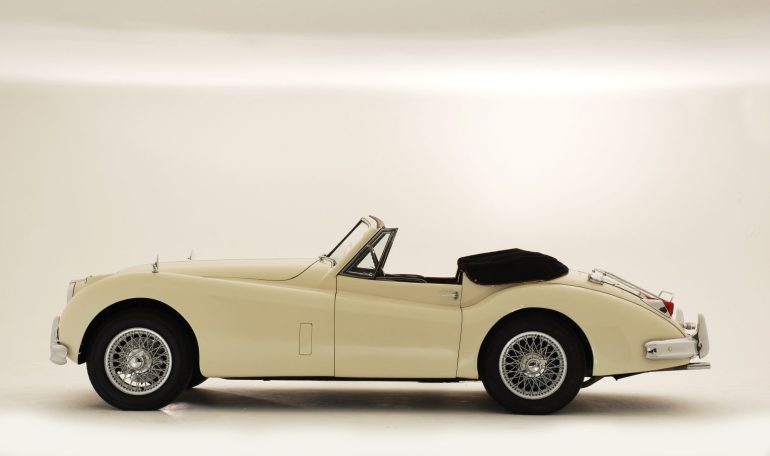 The XK140 had big boots to fill. The outgoing XK120 was the most successful top-end sports car on the market. The XK140, more of a GT long-distance cruiser, was even better. Utterly beautiful from every angle, it was the car that eventually evolved into the E-Type – one of the best looking cars ever made. There can be no better provenance than that. 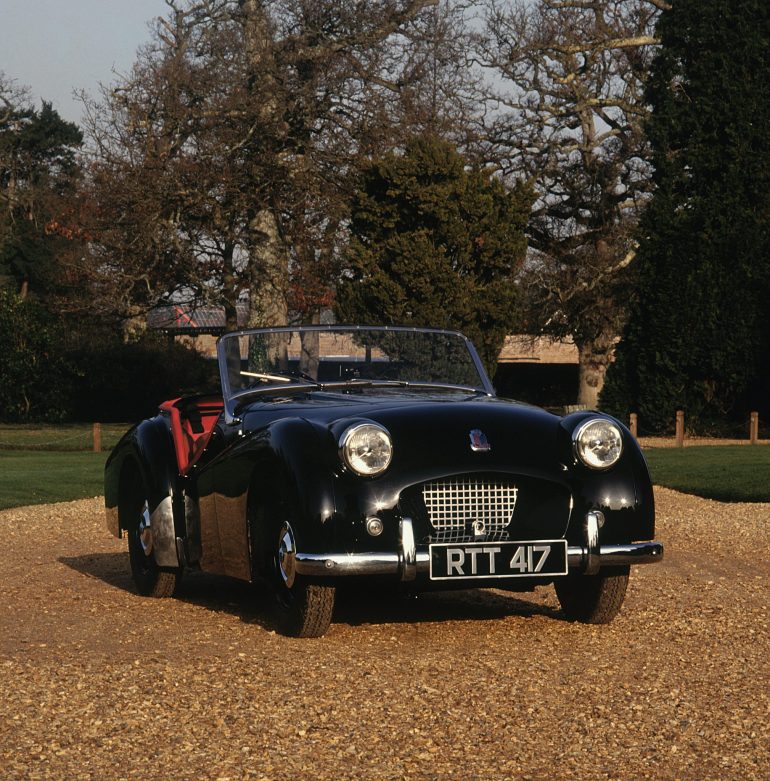 Launched in 1953, the TR2 was a two-seat roadster by the Standard Motor Company whose boss wanted to build an affordable sports car. The 90hp 2-litre engine gunned it to an astonishing 125mph. Had it not been for the success of this cute little drophead, the Triumph marque may well have died out decades earlier than it eventually did. 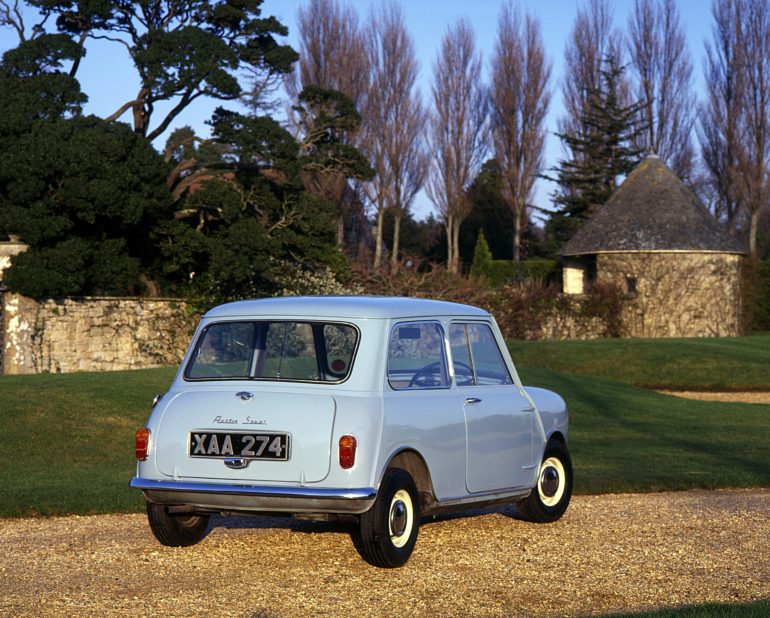 Created by legendary car designer Alec Issigonis for the British Motor Company, the Mini is not only one of the best of all 50s cars, it is one of the greatest cars of all time. An icon of popular culture that spawned hundreds of imitators, it was later voted the second most influential car of the twentieth century behind the Ford Model T. 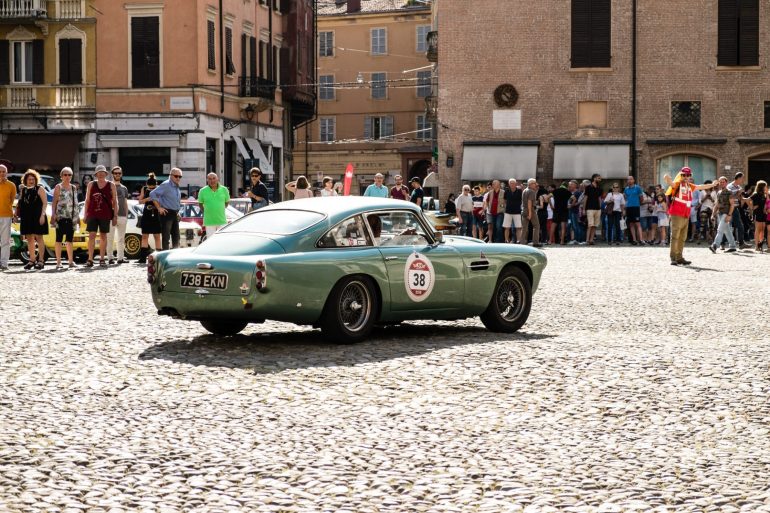 The sensational DB4 was the first production car to go from 0 – 100 – 0 mph in under 30 seconds. Its gorgeous Carrozzeria bodywork was described as ‘unmistakably Italian and yet equally unmistakably Aston Martin.’ It remains one of the best of all 1950s classic cars and catapulted the chaps from Newport Pagnell into the realm of one of the world’s most desirable and expensive car brands.

The Most Awesome 1950s American Cars

Every decade produces cars that are remembered long after the production lines have stopped. The USA during the 1950s was going through just such a renaissance. For the first time, these 1950s cars were a perfect mix of speed, styling and kerb appeal. 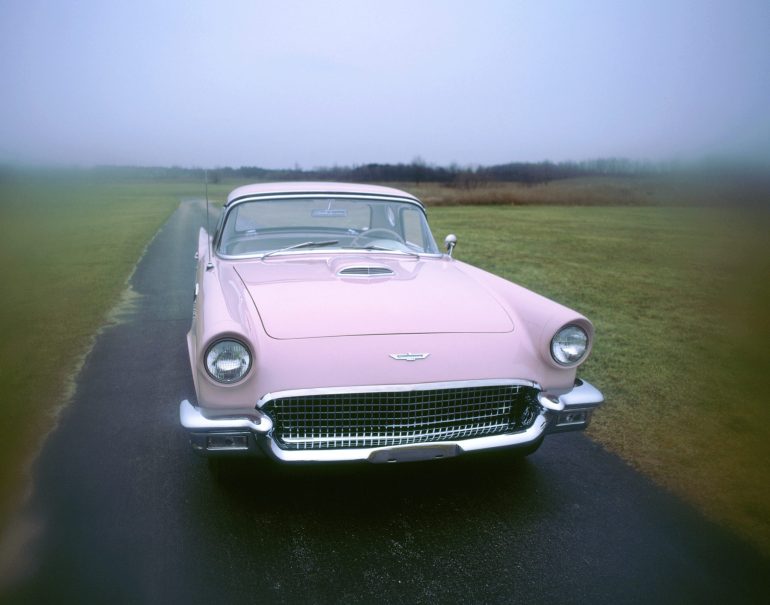 As quintessentially American as baseball and being stranded at the drive-in, the T-Bird was introduced to compete with the Chevy Corvette. For $2700, it was a car that gave the average American what Bugatti, Aston Martin and Mercedes were offering the elite – high performance, radical styling and a first-class driving experience. 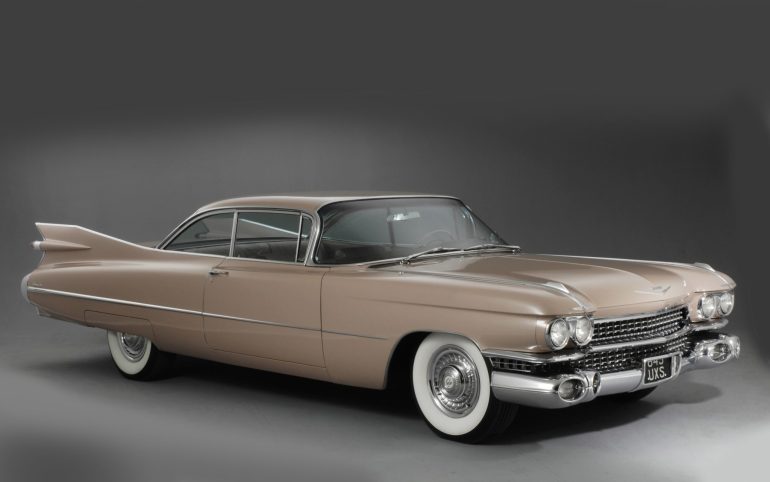 One of the most beautiful cars ever made, when you think of classic 1950s American cars, this is what springs to mind. With its bus-sized steering wheel, the outsized tailfins, white wall tyres and huge chrome bumpers, it was no shrinking violet. It was so popular, it was driven by such luminaries as Elvis Presely and John Lennon.

A true classic amongst 1950s cars, the Bel Air was one of America’s first affordable hard-top convertibles. For a time, this iconic car helped Chevy to the number one sales spot above Ford, no mean feat. The wraparound windscreen was a design classic and the 4.3-litre V8 powered it from 0-60mph in a quick-for-the-time 12.3 seconds. 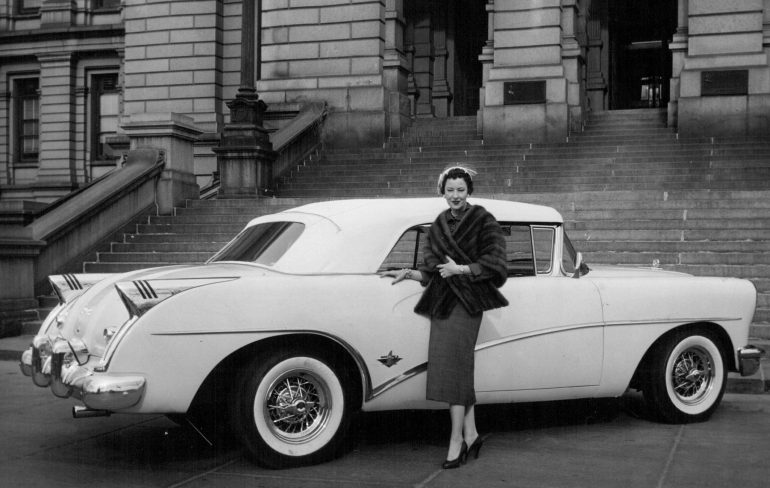 The car that set the pace for all mass-produced Buick models, the Skylark was one of those 1950s American cars that embodied the nation’s optimism. It was a symbol of upper-middle class aspiration. Powered by a 5.3-litre V8 and packed full of luxury including two-tone leather upholstery, tinted windows and an electric roof, it was one of the very best 50s cars you could buy.

The 1950s really did produce some truly awesome automobiles, it was a decade that transformed motoring and laid the foundation for the mind-blowing cars that followed in the 1960s!