The mystery of Coudersport ice mine has baffled, befuddled and bewildered scientists since it was first discovered in 1894. How is it possible that huge icicles form in the hot summer months but disappear during the freezing Pennsylvania winters? Here, we’ll try and uncover the facts about one of Mother Nature’s coolest - or coldest - oddities.

The town of Coudersport is situated in Potter County, Pennsylvania, around 200 miles northeast of Pittsburgh. With a population of around 2,500, this should be a typical small American town. Instead, it’s at the centre of one of science’s coolest mysteries: the topsy-turvy geological wonder that is the Coudersport ice mine.

This unassuming Appalachian ice mine shaft seems to defy the very laws of physics, turning the concept of temperature on its head. In the spring and summer, it’s filled with large slabs of ice. But come winter, the ice melts away, leaving just an empty cave. So, what’s behind this contradictory phenomenon? How does ice form in the hot summer months and disappear in the frigid winters? In other words, how is the Coudersport ice mine explained? Read on to find out. 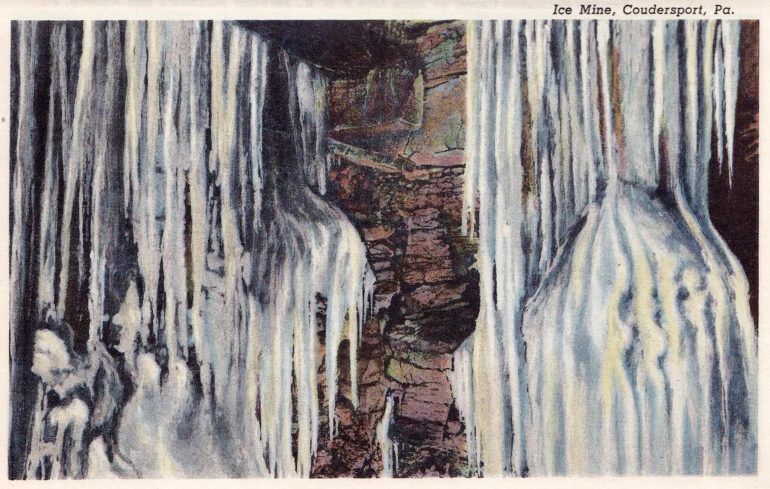 The mystery of Coudersport ice mine dates back to its discovery in 1894. It was more a shaft than a mine, measuring less than 40 feet deep by 9 feet wide.

The identity of who discovered it is a matter of debate. One story tells of a prospector called John Dodd who believed there were silver deposits under the mountain. Another, albeit similar account, is that a group of Native Americans in the area were seen with excavated pieces of silver and the locals decided to go digging.

Whatever the case, the treasure found within the Coudersport Pennsylvania mine wasn’t silver, but ice. Lots and lots of ice. In the summer. This alone wouldn’t be unusual. Year-round ice caves do exist, most notably in Austria, Slovakia and China, but all have either a water trap or a flow of icy air from an adjoining network of caves. The Coudersport ice mine has neither.

Even more puzzlingly, this is not a year-round ice cave. It is an inverted one. Normally, one would expect ice in the winter. However, there is no ice in the Coudersport ice mine in the winter. Only in the spring and summer, when temperatures range from 10 to 23 degrees centigrade. In the winter, when outside temperatures are below freezing, it melts and disappears.

Back in the 19th century, nobody could understand this extraordinary sight. But what about now? Is the Coudersport ice mine mystery solved? 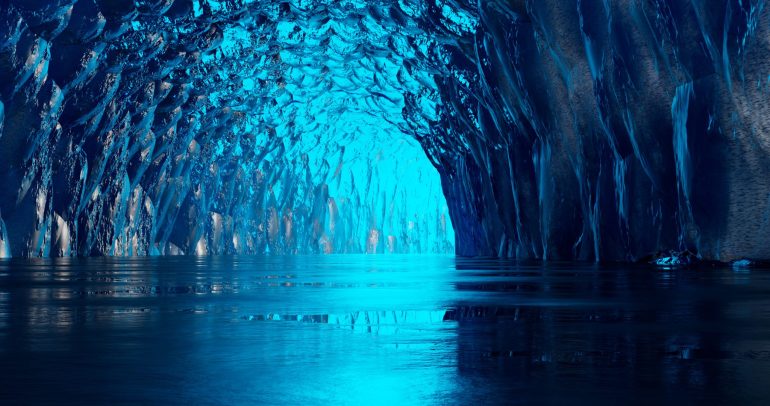 For almost 130 years, geologists, private companies, university groups and amateur sleuths have attempted to solve the mystery of Coudersport ice mine. Then Rob Nelson and Stefan Burns, hosts of the Discovery show Secrets of the Underground, joined up with the robotics team at the Ivy League University of Pennsylvania and came up with a plan.

They flew a tiny drone equipped with Light Detection & Ranging technology or “LiDAR” around the inside of the Coudersport ice mine. LiDAR uses light pulses to scan surfaces in incredibly fine detail that would otherwise go unseen.

Thus was created the first ever 3D map of the interior of the Coudersport Pennsylvania mine. Inside, they found thousands of small cavities, fissures and crevices inside the walls. And a possible theory was devised.

The Coudersport Ice Mine Explained? 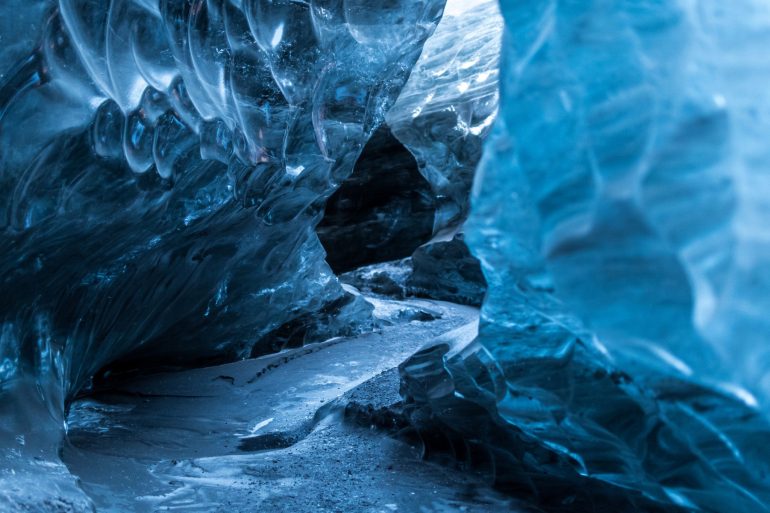 Inside an Ice Cave (Photo: renATE photography via Getty Images)

The scientists posited that the key is in the many gaps and holes in the shaft walls. In the winter, these empty fissures, crevices and cavities trap and store the naturally cold air. This keeps the Coudersport ice cave very cold during the summer months and allows for a build up of ice.

As the cold temperatures inside the fissures, crevices and cavities fade, they start to trap the warmer air. And this eventually melts the ice over the winter months.

It works on a cyclical basis. The freezing winter air keeps the ice until the summer and the warm summer air melts the ice in winter. 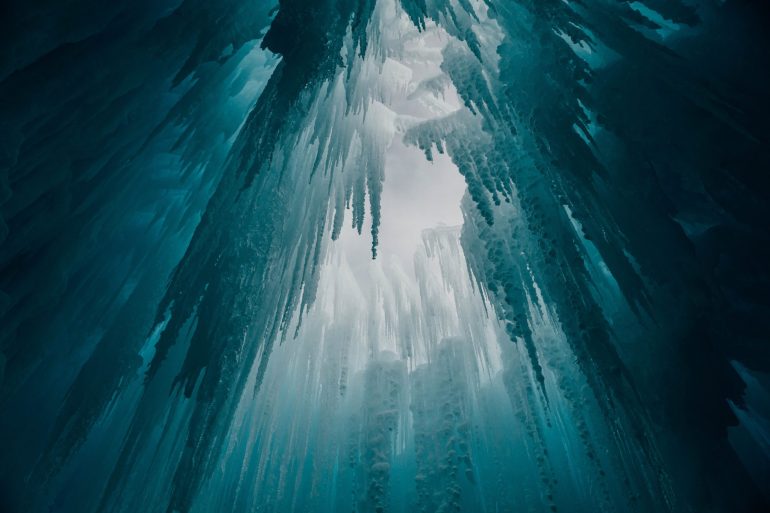