How is Concrete Made?

Second only to water, concrete is the world’s most used substance. It’s everywhere, indeed it’s fair to say that without concrete, the built environment would look very different. From the brick-built barbeque in your garden to the world’s biggest buildings, longest bridges and busiest airports, around 30 billion tonnes of concrete are used every year, but how is concrete manufactured? Read on to find out the concrete facts.

It’s a pretty simple recipe. Concrete is made up of cement, water and aggregates such as gravel, crushed rocks or sand. You mix it all together and with the resulting paste you can build the world’s greatest structures.

Here, we’ll answer the questions ‘how is concrete produced’ and ‘how is reinforced concrete made’ and we will give you some pretty solid answers. 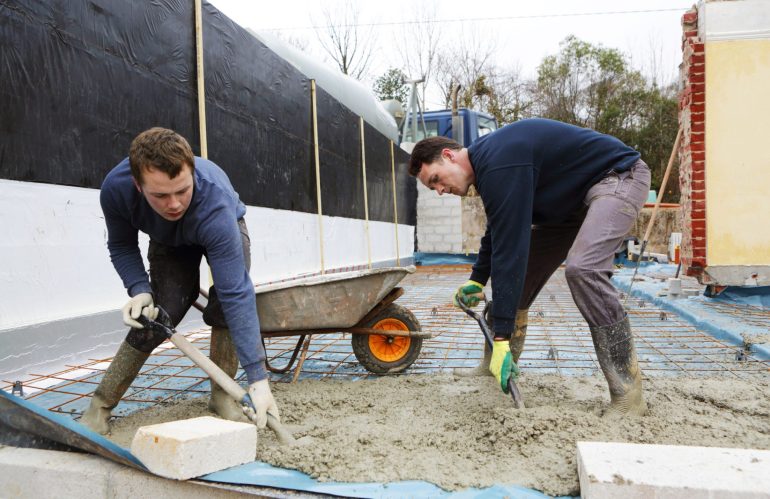 In one form or another, concrete has been used as a building material for thousands of years. Concrete floors were discovered at the Palace of Tiryns in Greece dating back around 3,300 years and the ancient Egyptians used a mix of lime and gypsum to build the pyramids. They also discovered that if they added volcanic ash to their mix, it worked underwater.

Concrete was used throughout the Middle East and the Mediterranean, while Roman concrete (opus caementicium) was used for some of the world’s most famous buildings – including the Colosseum, the Baths of Caracalla, the Pont du Gard in France and the Pantheon, which includes the world’s largest unreinforced concrete dome.

Interestingly, after the Roman Empire fell around 500 AD, concrete use died off in favour of wood and stone until the middle of the eighteenth century. When Portland cement was invented in the early nineteenth century, concrete was revitalised and has been used as the world’s primary building material ever since.

But how is concrete manufactured today? Here’s the lowdown.

The Concrete Facts about How Concrete is Made

Making concrete is relatively simple, in that it only requires three basic materials – cement, water and aggregate. However, it’s not quite as straightforward as that. The key to strong and long-lasting concrete is the proportions in which the ingredients are mixed together.

The paste made up of cement and water coats the surface of the aggregate (from fine sand to crushed rocks and small stones) and – via a chemical reaction called hydration – the concrete sets solid and becomes very strong.

Once it’s ready to be used – known as placement – the concrete is consolidated and compacted to ensure there are no air bubbles or honeycombs which can reduce its structural integrity.

To finish answering the question ‘how is concrete made’ the final step in the process is to cure the mixture.

As the concrete hardens, its strength is governed by its level of moisture. As it becomes more solid, it shrinks. If it can’t contract, stress cracks appear which will weaken the tensile strength of the finished material. Therefore the process must be carefully controlled, with the moisture levels being monitored and adjusted for up to two days while it slowly sets solid.

How is Concrete Produced in a Factory? 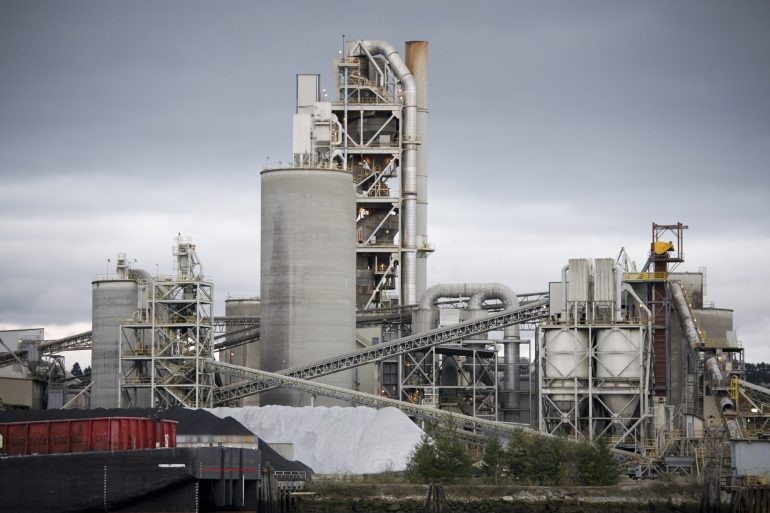 For most building projects, cement, aggregate and water is mixed on-site, but for civil infrastructure and precast applications, concrete is often made at concrete plants, often known as batch plants. There are two main types of factory that produce concrete –

The ingredients for concrete – cement, water and aggregates – are weighed to their correct proportions and sent along a chute into a mixer truck which rotates on the journey from the factory to the building site. There can be inconsistencies mixing concrete this way caused by the condition of the drum and mixing blade, and unreliable traffic conditions which can slow delivery.

The concrete is mixed to the exact proportions in the factory, quality controlled and then transported to the building site in a lorry. The mix is agitated – rather than mixed – in transit and this method offers a more consistent concrete mix.

This answers the question ‘how is concrete produced in a factory.’

It’s All About The Strength 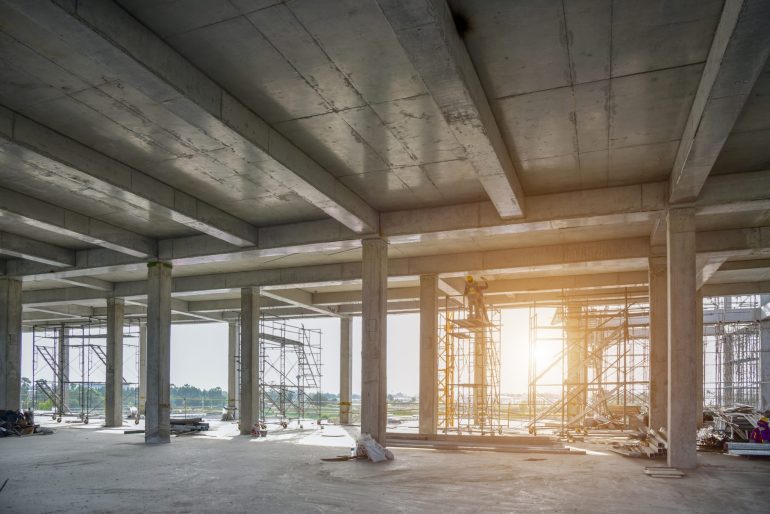 On its own, concrete is incredibly strong, but it can be made even stronger by reinforcing it, so how is reinforced concrete made?

Reinforced concrete is much stronger than normal concrete and is used for construction projects that need to withstand higher than usual forces, such as extreme weather conditions and earthquakes.

The first building known to have used reinforced concrete is the Leaning Tower of Nevyansk in Russia. However, its invention as a widespread method of construction is credited to French industrialist François Coignet. He added iron to concrete to build a house in Paris in the 1850s.

Polypropylene fibres added to the concrete mix can be effective in distributing the stresses of impact and post-cracking behaviour and in tests have shown to offer a resistance to frost. In addition they are lightweight, tough and corrosion-resistant.

More commonly, steel fibre reinforced concrete, which was originally used to patch bomb-damaged runways in World War II, offers maximum resistance to damage from heavy collisions. It is used in concrete piles and indeed most major construction projects where additional strength is required.

So now you know how concrete is made and we’ve even answered the question ‘how is concrete manufactured.’