Cement is one of the most ubiquitous materials in the world. It’s literally everywhere. In fact it’s no exaggeration to say that without cement our world wouldn’t function as it does. From a small wall in your back garden to the longest bridges and the biggest hotels in the world, around four billion tonnes of cement is used globally every year, but have you ever wondered how cement is manufactured? Read on to find out.

Put very simply, cement is the world’s most widely-consumed building material. Mixed with water and other ingredients, it is used to bind other constituent parts together – for example bricks – and acts as the glue that gives strength to structures of all kinds.

However, cement is not the same as concrete, and while many people use the terms interchangeably, there is a big difference. Cement is actually an ingredient in concrete, just as sugar is an ingredient in chocolate. Only when it is mixed with other things does cement become concrete.

But how is cement made, step by step? You’re about to find out.

Cementing a Place in History 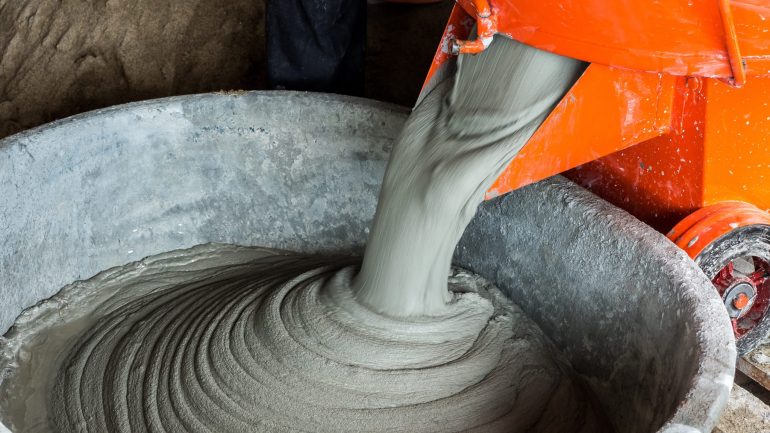 The history of cement dates back around 10,000 years. Archaeological digs in Eastern Europe and the Middle East have uncovered huts built with a crude form of cement used to provide basic stability. In Ancient Rome, cement derived from lime was used to build the Pantheon, one of the world’s great architectural wonders. In fact, cement was used in a range of cultures and civilisations for centuries to follow.

By the late eighteenth and early nineteenth century, a number of engineers came up with new and innovative ways to produce cement, most notably John Smeaton, James Parker, Louis Vicat and Leeds-based bricklayer Joseph Aspdin. The latter’s product, known as Portland cement, (so named because it matched the colour of the famous Portland stone) is now the most common type of cement in the world, but how is cement manufactured?

Cement is primarily made from limestone, clay and other ingredients. The first step is to blast the main raw materials from rock quarries and transport them to the processing plant. Here begins the step by step process of how cement is made.

The first stage is to crush the huge boulders into chunks about the size of a can of soft drink. Then a second crusher – known as a hammer mill – reduces those chunks even further. Next, the small pieces of rock are mixed with other ingredients and sent to a cement kiln for a process known as calcination.

When answering the question ‘how is cement made’, calcination is one of the most important elements of the process. This involves heating the solid rock in a huge kiln to a temperature of around 1500°C to remove impurities and any volatile substances. The product that is left after the nasty stuff has burned away is called clinker. It comes out of the kiln in the form of small grey balls about the size of marbles (and by the way, you can actually find out how marbles are made here). Once the clinker has sufficiently cooled, it’s stored and then transported to cement mills to be ground.

When the clinker arrives at the cement mill, it’s mixed with other substances, dependent on the type of cement the mill makes. There are lots of different types of cement and how cement is manufactured varies depending on its intended use, for example –

The grinding process – perhaps the key stage in how to produce cement – ensures the end product is ground down to such a fine dust that it can pass through a normal household sieve. At this stage, one kilogram of cement contains around 300 billion grains!

Once the cement is ready, it is stored in huge silos and from there it is transported to the cement company and either packed into sacks and sent to DIY stores or supplied in bulk to project locations for use on-site.

Now you know the answer to the question ‘how is cement manufactured’, you’ll never look at a brick wall the same way again!