The Truth behind Franklin’s Lost Expedition

When Captain Sir John Franklin led his expedition into the Arctic, he believed he would find the legendary Northwest Passage. Instead, both his ships disappeared, and with them all 129 men on board. Centuries later, the fate of Franklin's Lost Expedition is still hotly debated.

The Franklin Expedition was an ill-fated 19th century Arctic mission and a tragic chapter in the history of Polar exploration.

Under the command of Captain Sir John Franklin, two ships sailed in search of the Northwest Passage, a valuable route that linked the Atlantic and Pacific oceans, never to be heard from again.

Over the centuries, many would go in search of the true fate of Franklin’s Lost Expedition, much of which remains a mystery to this day. 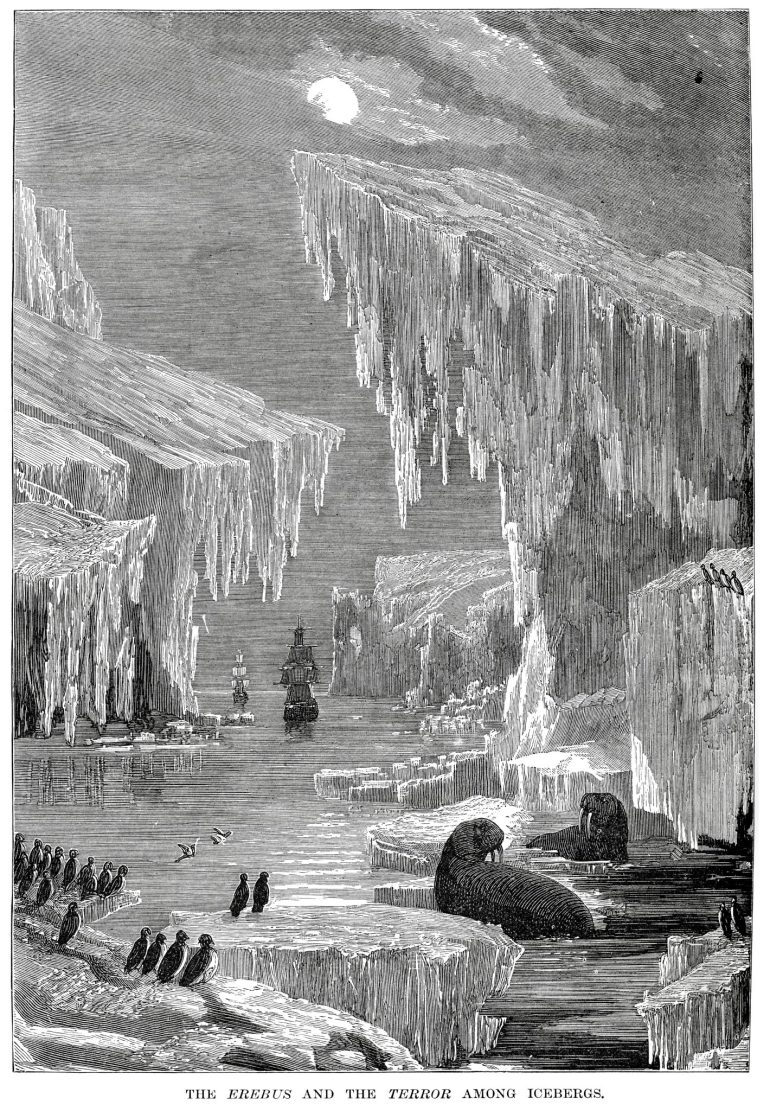 When it set sail on 19 May 1845, the Franklin Expedition was on a quest on behalf of the British Admiralty to find a route that had captivated and eluded explorers for centuries. Known as the Northwest Passage, it was said to link the Atlantic and Pacific oceans and was a prize that had already claimed many ships and lives.

However, the Franklin Northwest Passage attempt had reason to hope for success where others had failed. Never before had there been such a well-prepared expedition for this mission. For example, its sister ships, HMS Terror and HMS Erebus, were fitted out with extensive protection against the icy elements of its destination, what are now Canadian Arctic inlets.

What’s more, the 128 men on board were under the command of an esteemed and experienced captain. This was Captain Sir John Franklin. Not only had he served in the Battle of Trafalgar and been a popular Lieutenant-Governor of Van Diemen’s Land, but the 59-year-old had plenty of nautical explorations under his belt. He had even crossed northern Canada before, earning the moniker ‘the man who ate his boots’ in the process.

The last confirmed maritime sighting of the John Franklin Expedition was by two whaling vessels in early 1846. They exchanged signals with the Terror and Erebus at Baffin Bay, not far from the start of the Passage, after which the expedition was seen travelling towards Lancaster Sound. They would never be heard from again. 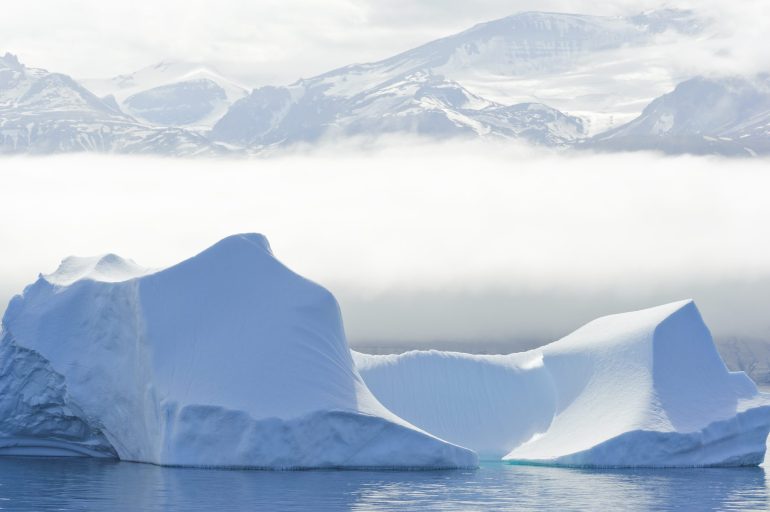 It was 1848 when the first ships set out to look for Franklin and his expedition. Having heard nothing from her husband, the formidable Lady Franklin was pivotal in convincing the Admiralty and American Navy to mount a search, refusing to take no for an answer. This and many future search parties uncovered only minor clues as to the fate of Franklin’s lost expedition.

It’s worth noting that it is not quite accurate to cite Baffin Bay as the last sighting of the ships. Inuit accounts told of two ships trapped in the ice, of men who perished on board and how the vessels eventually sank. These were controversial at the time however, as some stories apparently told of the men resorting to cannibalism.

What Happened to Franklin's Lost Expedition 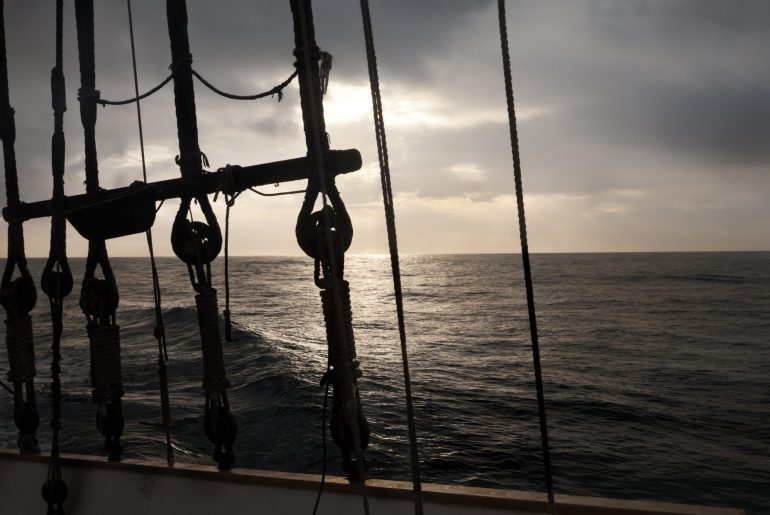 A combination of local Inuit stories, along with clues and artifacts salvaged from the Erebus and Terror, have painted a picture of what likely happened to the John Franklin Expedition. Among the clues were three men’s graves on Beechey Island – potentially dead from lead poisoning – and a sled with two skeletons. One of the most informative items was a note dated April 1848 and written by a member of the expedition which gave the strongest indication yet as to the fate of the expedition.

It is believed that both ships became locked in the ice in 1846. The men stayed on the ships for 18 months, slowly dying of scurvy and other ailments. Sir John himself is said to have died in June 1847. He was among 24 dead by the time men decided to abandon ship in April 1848. This information was detailed in the 1848 note, known today as the ‘Victory Point Note’. The crews’ purported aim was to travel over land to safety. From this point on, the evidence remains fragmented, with sparse clues and historians left to theorise as to the events that followed. Ultimately however, all 129 crew of the Franklin Expedition are believed to have perished in the Arctic. 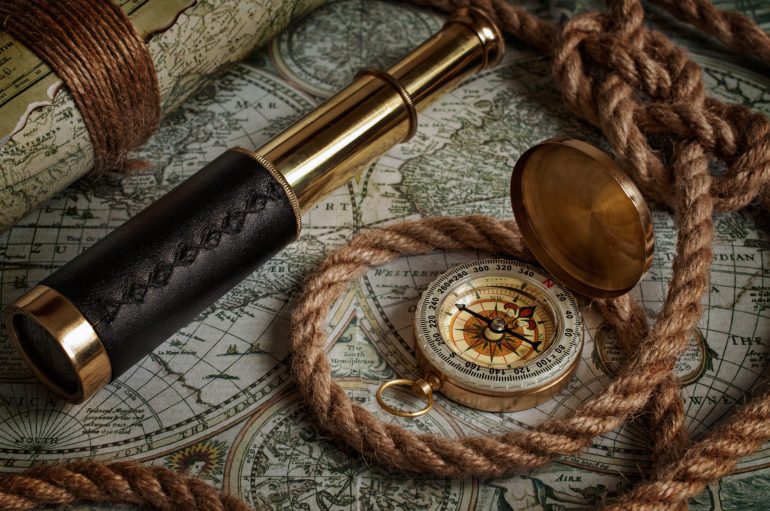 Despite the extensive centuries-long search for answers, so much of the fate of Franklin and his crew remains shrouded in mystery. It is generally regarded as one of the worst disasters in the history of British Polar exploration.

By contrast, the Northwest Passage is no longer just the stuff of legend and rumour. It was Norwegian explorer Roald Amundsen who completed the first successful passage between 1903 and 1906. The sea route is located through what is now the Canadian Arctic Archipelago, although its sovereignty is still a matter of controversy.