The Mystery of the Devil’s Footprints

Legend has it that the Prince of Darkness himself roamed Devon and Dorset one night in 1855, seeking sinners. Was it the Devil’s footprints that stalked the land, marking rooftops and crossing rivers? Is there any other explanation for whatever or whoever made such a strange and improbable journey?

The Devil’s Footprints were mysterious cloven hoofmarks imprinted in the Devon snow over the night of 8th-9th February 1855.

Sweeping an unyielding trail of up to 100 miles, they were found in fields and lanes, they scaled rooftops and jumped up drainpipes. They were undeterred by solid objects such as haystacks or walls and were undaunted by rivers.

Theories abound as to what might have created this extraordinary phenomenon. With many believing it was Satan himself.

What were the Devil’s Footprints? 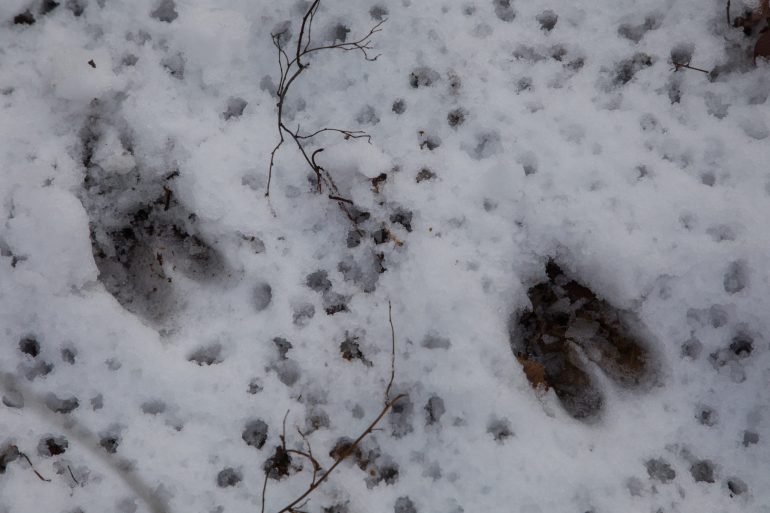 The Devil’s Footprints, also known as The Devil’s Hoof Prints, were an extraordinary trail of imprints in the snow in southwest England that materialised over the course of the night of 8-9 February 1855. The prints looked as though they had been created by cloven hooves, but were, in all other respects, utterly inexplicable.

The cloven hoof shape of The Devil’s Footprints were said to resemble those of a donkey, but the gait was not that of a four-legged animal. They were believed to have been those of a bipedal, or two-legged, creature.

Each of The Devil’s Hoof Prints measured about 3 inches wide and 4 inches long, which is not dissimilar to that of a donkey’s. The ‘steps’ however, were comparatively small, spaced between 8 and 16 inches apart and in single file.

The Devil’s hoofprints were primarily found in the county of Devon, specifically surrounding the Exe Estuary, but some reports included Dorset as well. The exact route of The Devil’s Footprints is unclear. If all accounts are to be believed, the route was a circuitous one, from Exeter in the North to Torquay, 25 miles south and then 12 miles west of that to Totnes, not necessarily in that order. It took in a distance of 40 miles overall, but also meandered and wandered extensively within that area so could have covered up to 100 miles.

In The Devil’s Footsteps

One of the most unusual aspects of The Devils Footprints were the places they were – and indeed were not – found. There were accounts of them skipping over areas or jumping from one place to another. Of being on rooftops, on either side of the River Exe, and also some solitary prints in fields. One farmer recounted The Devil’s Footprints stopping on one side of a haystack only to restart on the other, with the stack untouched.

Were These The Devil’s Footprints?

The Times article of 16 February 1855 spoke of “A vast number of foot tracks of a most strange and mysterious description. The superstitious go so far as to believe that they are the marks of Satan himself.”

With the shape of the marks so resembling the Devil’s described cloven hooves, many were quick to ascribe the phenomenon to the Prince of Darkness. This was all the more sinister in conjunction with the myriad marks to and from doorsteps and circling homes and churches, creating rife speculation that He was combing the countryside for sinners. 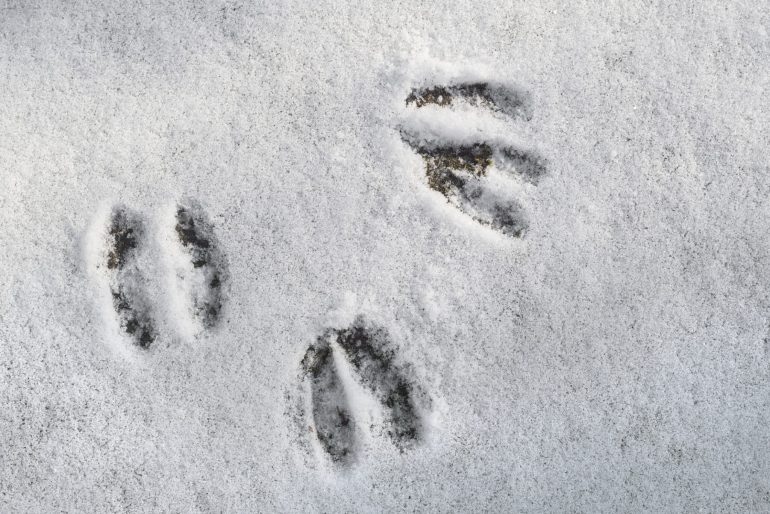 Hoof prints in the snow (Photo: Philippe Clement via iStock)

While many believed this phenomenon was the work of the Devil, many other theories abound regarding the mystery of the Devil’s Footprints.

This theory supposes that some of the prints were hoaxes. It points to the difference between those areas where prints were dense and erratic and those where they were in straight lines up and down paths. It is posited that the latter type were fakes. One author even suggested that the marks in Topsham were made as part of a protest related to the local Church.

Several types of animals have been cited as possible sources of The Devils Footprints, including cats, hares, mice and badgers. Donkeys and horses were considered, but could not account for any rooftop prints. One Reverend G.M. Musgrave told his congregation at the time that it was a kangaroo that had escaped from a private zoo in Exmouth. Birds have often been suggested too, especially as flight would account for the gaps in prints.

In all instances, there are anomalies that preclude each species, whether it is that the hoof prints do not match an animal’s tread, that the animal must have been a biped or that it cannot fly. It should be noted though that, in relation to the shapes, there was a thaw on the same night that might have disfigured the original formations.

An experimental balloon from Devonport Dockyard has also been blamed. This school of thought has it that the balloon escaped accidentally and left marks from its mooring shackles.

There have been those who have attributed the marks to UFOs and sea monsters, although without much traction.

A Combination of Factors

One, if not the definitive, writer on this subject is Mike Dash. In his paper, The Devil’s Hoofmarks, Dash concludes that none of the theories, with the exception of supernatural intervention, could on its own account for all of the marks, the spread of The Devil’s Hoof Prints, along with the short timespan. Rather, it might have been a combination of several different factors, many already cited. 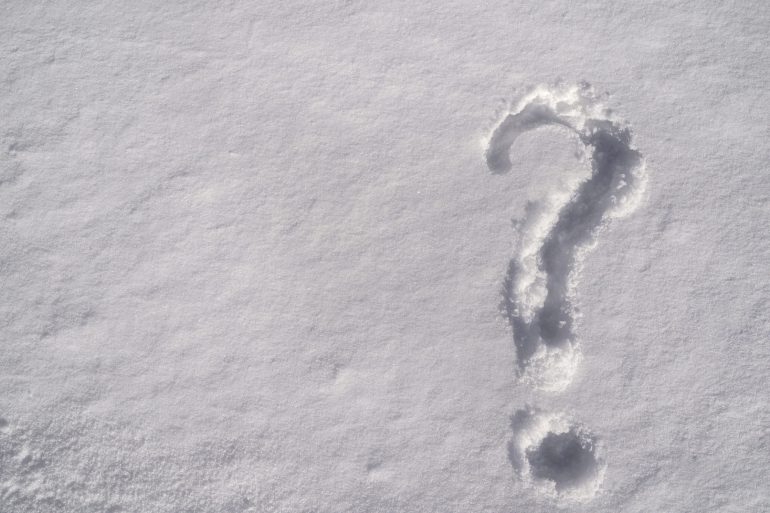 It remains a mystery (photo: Elena_Sistaliuk via Getty images)

A lack of contemporaneous evidence and witnesses means that it’s unlikely that the source of The Devil’s Footprints will ever be determined. What is certain is that the mystery has continued to fascinate any who come across it. And that, without a firm explanation, some will always believe that it was Satan who wandered Devon on that fateful night in 1855.