How Silk is Made

For thousands of years, silk has been highly prized as the world’s most luxurious fabric and the method of how silk is made has barely changed in that time. Not only is silk a wonderfully lustrous and tactile fabric, it’s also light and incredibly strong. In fact one filament of silk has similar tensile strength to a filament of steel, but how is silk manufactured? Read on to find out.

Put simply, silk is an animal protein fibre produced by the silkworm, the caterpillar of the mulberry moth, or Bombyx mori.

It’s quite remarkable to think that these tiny creatures were partly responsible for the most famous network of trade routes in history, linking Asia and the Middle East with the whole of the Western world.

Silk production originated in Stone Age China and here, we’ll let you know how silk is made and answer the question ‘how is silk made from silkworm?’

From pyjamas to sarees and from bed linen to furniture, even stunning works of art, silk is the standard bearer for exclusive, luxury fabric. It was first produced in ancient China around 8,500 years ago, where legend has it that a princess was drinking tea in her garden when a cocoon of silk dropped into her teacup. The hot tea unravelled the silk and an industry was born!

Whatever the truth of its origins, the Chinese were making intricately woven and coloured textiles using silk between 1,000 and 500 BC. For hundreds of years they kept their methods of how silk is made a very closely-guarded secret. Eventually the practice of sericulture – the cultivation of mulberry trees and the rearing of silkworms – made its way to Japan and India, and by around 800 AD artisans were producing beautiful and incredibly expensive garments in Spain and later, Italy.

Next, we’ll answer the age-old question ‘how is silk produced.’

How Silk is Made - The Silkworms 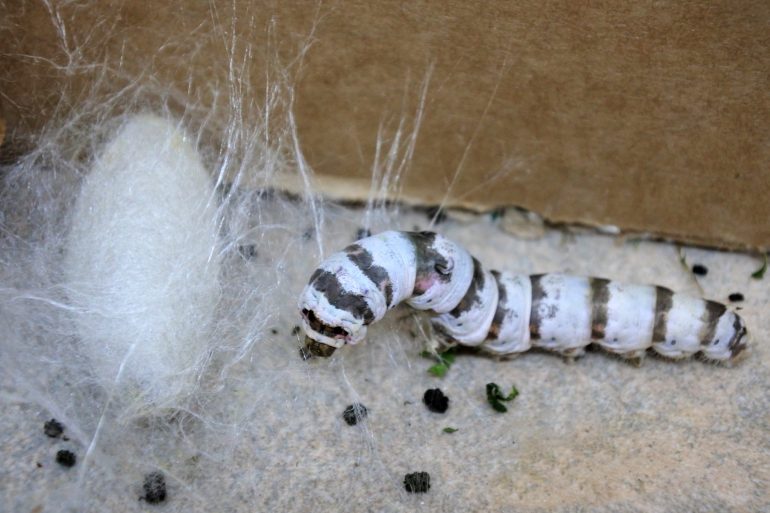 The first step in the production of silk is the silkworm. Silkworms are the insect larvae of moths in the genus Bombyx. Most silk is produced by the silkworm Bombyx mori, which feeds on mulberry leaves. Silkworms spin a cocoon of silk around themselves, which they use to pupate. The cocoon is made of a single, continuous thread of silk and it’s this thread which is eventually used to make silk fabrics.

Initially, female silk moths lay their eggs (up to 500 at a time), which are kept in an incubator until they hatch. The hatched silkworms are fed the leaves of the mulberry tree every few hours for about a month. When they’re fully grown – after around 6-8 weeks – the magic happens. This is when they start to spin their silk cocoons, the key element in the answer to the question ‘how is silk made from the silkworm?’

To produce the cocoon, the silkworm rotates over a quarter of a million times in a figure-of-eight movement. After about a week, one single thread of raw silk up to 100 metres long is produced from glands under the jaw known as the spinneret. Not bad for a worm no longer than a chocolate biscuit.

During this process the worms shed their skin four times and the silk, which is called fibroin, is held together with a sticky, water-soluble gum called sericin.

When the worm has finished spinning, they shut themselves inside the cocoon to form into a chrysalis and that’s when the silk farmers know it’s time for the next stage in the process.

How Silk is Made - The Extraction 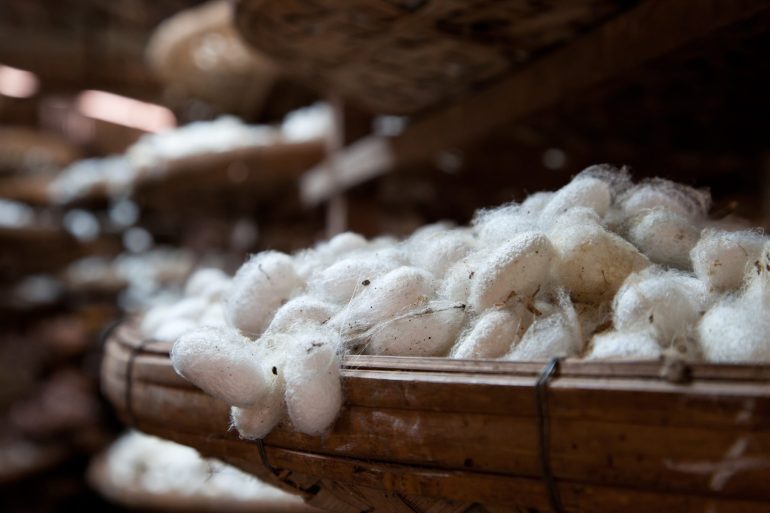 The chrysalis is removed, the cocoons are hand-sorted for size and colour and then they’re submerged into hot water to loosen the sericin. Even though the seracin accounts for around 20% of the weight of the cocoon, only around 1% is removed at this stage.

How Silk is Made - The Reeling 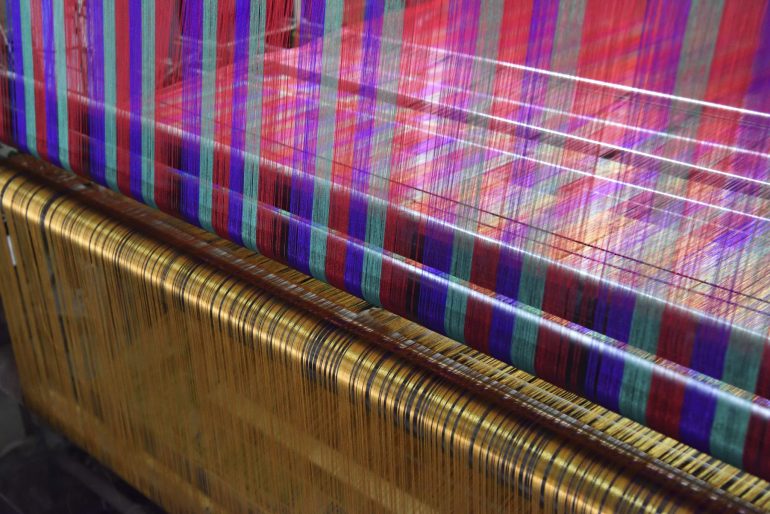 Depending on where the silk is being produced, this process is either done by machine or by hand and is perhaps the most important part of the answer to ‘how is silk manufactured’. During this stage, the end of the strand is found, it’s threaded through an eyelet and then the silk is wound onto a wheel.

The retained sericin helps to keep the silk fibres together and as one thread comes to an end, the end of the next thread is tied to it to form one incredibly long strand of raw silk. The silk is packed up into bundles known as books and then they’re sent to the manufacturing plants.

How Silk is Made - The Yarn 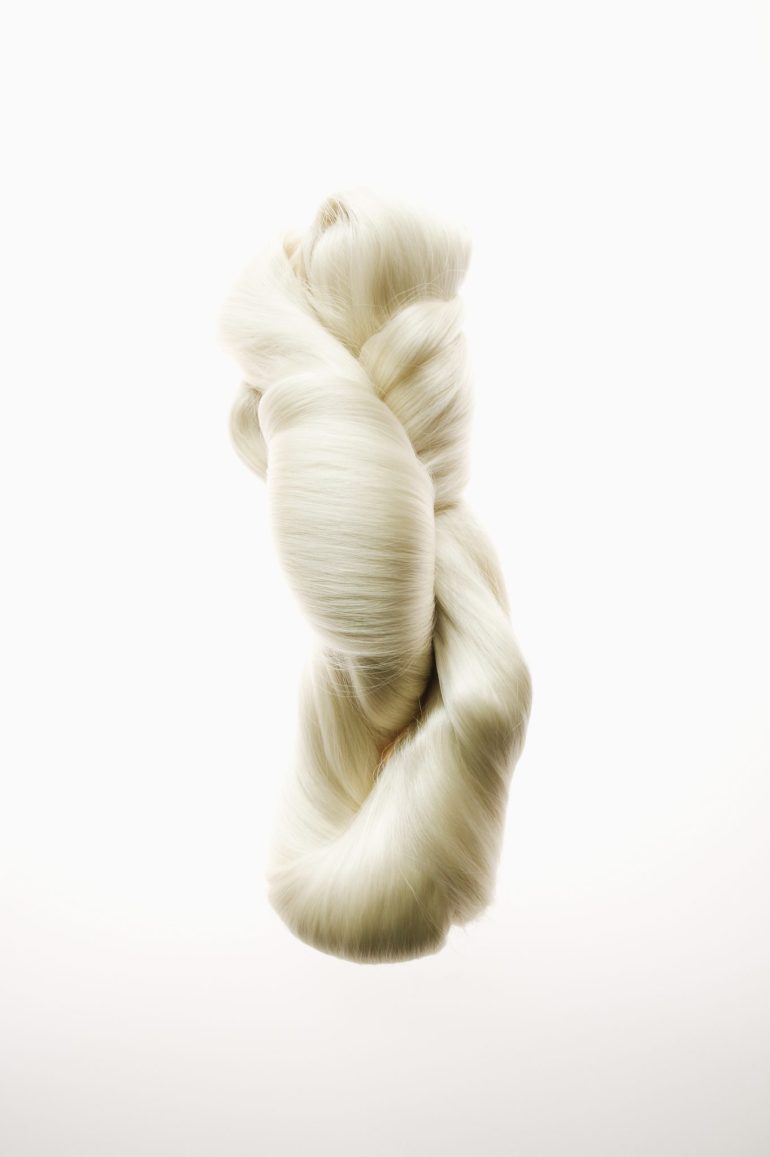 At the manufacturing plant, the silk is washed and reeled onto bobbins to form the yarn. There are lots of different types of silk yarn, depending on what the final product is to be used for. Once the yarn has been prepared, it’s then shipped out to the fabric manufacturing centres. This is almost the final step in answering the question ‘how is silk made’ but there are still a few more stages of the process to go.

When it arrives at the fabric house, the yarn is soaked in hot water to remove the rest of the sericin and then it can be woven into fabric and dyed, or the other way round.

The finished fabric ends up in the hands of fashion designers, textile designers or furniture and home furnishing designers, to be transformed into beautiful pieces that will adorn homes and wardrobes around the world.

How is silk manufactured? Now you know!