How is Denim Made?

If you’ve ever asked ‘how are jeans made’, you’re not alone. They look pretty straightforward but jeans are a result of almost five hundred years of evolution. Contrary to popular belief, denim wasn’t invented in America, but in fact France and Italy. It’s been worn in one form or another for centuries. Yet in its more modern form, what started off as rugged and durable work gear for farm labourers, gold miners and dockers has become high fashion, and the most expensive jeans from the world’s best fashion houses can now cost thousands of pounds. Read on to find out the answer to ‘how is denim made.’

Most of us own at least one pair of jeans, but have you ever stopped, looked down and thought ‘how do you make denim?’ Here, we’ll tell you about the history of denim, the jeans revolution of the 19th century, and the answer to the age-old question ‘how are jeans made?’

The Potted History of Denim 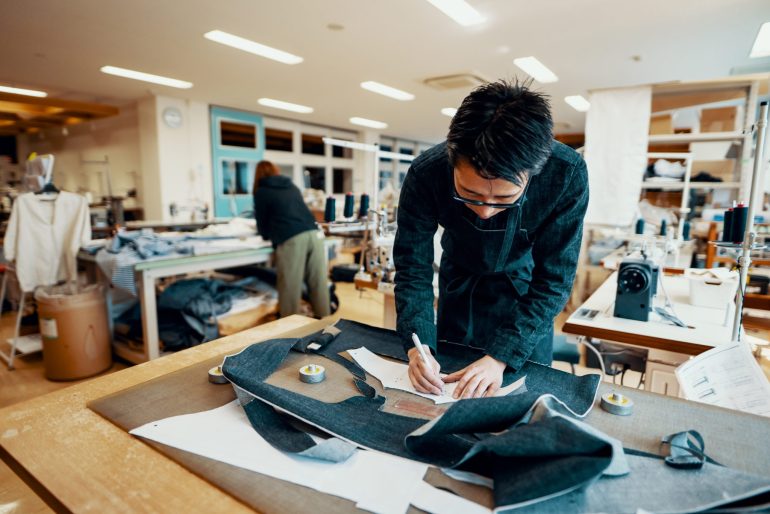 Tailor cutting denim around a pattern in preparation to make a pair of jeans (Photo: tdub303 via Getty images)

In the Italian city of Genoa in the sixteenth century, weavers created a strong, durable fabric – a type of cotton corduroy – and an attempt at copying it by weavers in the French city of Nîmes resulted in a similarly hard-wearing fabric, which we now know as denim. The French word for Genoa is Gênes (perhaps the origin of the word ‘jeans’) and the material from France was called serge de Nîmes. Serge was the name of the fabric and de Nîmes meant ‘from Nîmes’, hence, denim – this was the origin of how the original denim fabric was made.

How are Jeans Made? Ask Levi Strauss 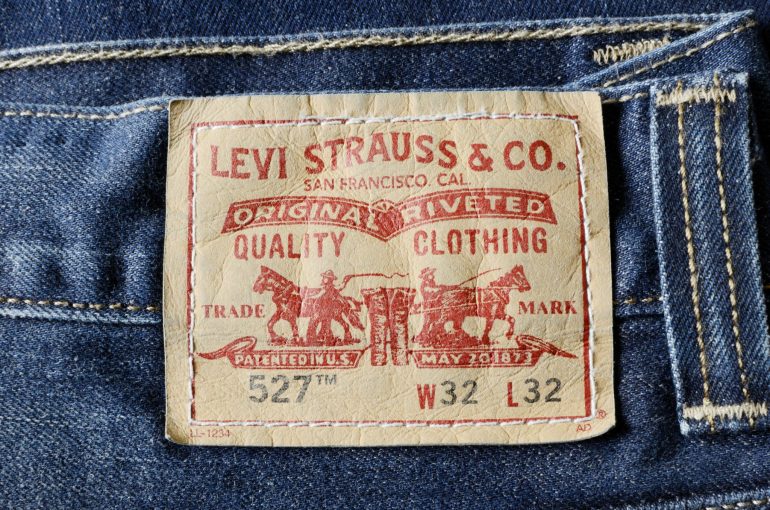 Levi Strauss was born in Germany in 1829 and moved to the USA at the age of 18. His two brothers, Jonas and Louis, started a business in New York selling wholesale dry goods as eclectic as kettles, blankets and haberdashery.

When he heard about the California Gold Rush, he decided to move west in 1854, and open a branch of the family firm. This time he called it Levi Strauss & Co and sold the same dry goods, but this time it included clothing.

In about 1872, Strauss got a letter from a Nevada tailor called Jacob Davis who bought cloth from Strauss. The story goes that Davis was asked by the wife of a customer if he could make a pair of strong trousers for her woodcutter husband. He made them and word spread. Before long he couldn’t keep up with demand.

In the letter, he asked if Levi wanted to partner with him selling sturdy work trousers, reinforced with copper rivets at the points of stress around the pockets and the base of the fly. They experimented with heavy-duty cotton and other materials, and tried a number of options. They settled on denim.

The two men joined forces and were granted patent number 139,121 in May 1873 for ‘an improvement in fastening pocket openings’.

The most famous jeans business in the world was born. In 1890, their double-extra large waist overall product was given lot number 501 and the rest is history.

How Is Denim Manufactured? 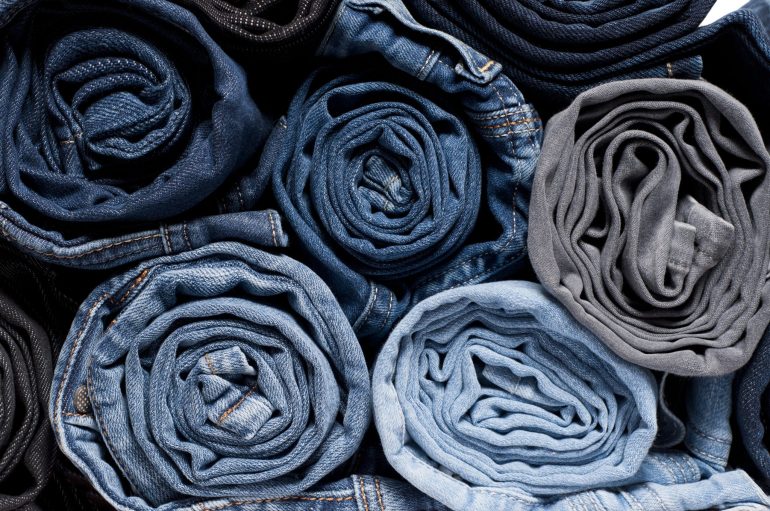 How are jeans made is a very common question, and this is the process involved in making a pair of classic blue jeans. First, cotton is harvested and the fibres are separated from the seeds and spun into long thin strings. It’s then spun into indigo ‘warp yarn’ (dyed using a process perfected by German chemist Adolf von Baeyer, who synthesised the plant dye in the 1860s) and ‘weft yarn’, which is left white.

The thread is then woven using a twill weave where the weft threads go under two or more warp threads. The most common is the 3×1 right hand twill. This fabric features three warp yarns for every weft yarn. These lines are diagonal, running from right to left on the fabric. They are used to create the rugged look of denim. If you look very closely at your jeans, you’ll notice the diagonal lines.

Once the cotton threads have been woven they go through a process called sanforisation. Developed by American engineer Sanford Lockwood Cluett, it enables the manufacturers to fix the colour of cotton yarn and prevent it from shrinking while weaving. This process has become the standard for jeans. After this, the fabric is cut to a precise pattern and finished with the iconic metal rivets.

More modern techniques, using synthetic dye, later answered the important question of how do you make denim jeans cheaper. Synthetically-dyed jeans were much less expensive to produce than their natural counterparts, and they possessed the added benefits of durability and permanence.