How is Beer Made?

After water and tea, beer is the third most popular drink in the world. In one form or another we have been drinking fermented beverages for around 13,000 years. Yet while you’re supping a stout, lapping up a lager or pondering a pint of porter, have you ever stopped to ask ‘how is beer produced?’ Read on to find out.

Lager, ale, stout, IPA, pilsner, porter or bitter, there are thousands of different types of beer and it is brewed – and loved – all over the world.

In the UK we spend almost £8 billion a year on beer. Together, the world’s top five beer-producing nations – China, USA, Brazil, Mexico and Germany – brewed a quite astonishing 92 billion litres of beer in 2020, but how is beer produced in a factory?

Here, we’ll answer the question ‘how is beer made step by step’ and if you read all the way to the end we’ll also tell you what zythology is… 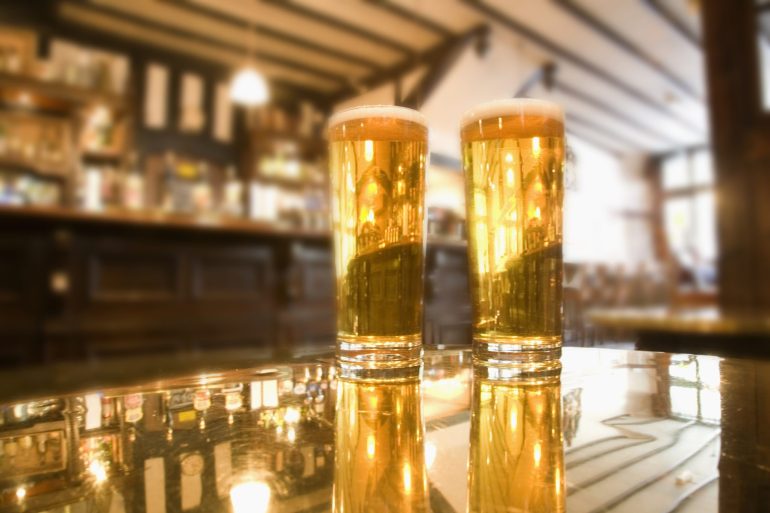 A drink in an English pub (Photo: Grant Faint via Getty Images)

There’s no specific date or place for the invention of beer, in fact it can barely be attributed to a culture or even a period of time. It seems that the first fermented drinks appear to correspond with the evolution of grain agriculture around 12,500 years ago.

Beer – or a similar form of fermented grain drink – appears in the ancient written history of the Egyptians, Chinese and Babylonians. The oldest surviving recipe for beer is from a 4,000 year-old Sumerian poem honouring the goddess Ninkasi, the Mesopotamian goddess of beer and brewing.

The European Germanic and Celtic tribes were brewing a primitive type of beer 5,000 years ago – although asking ‘how is beer manufactured’ then would result in a very different answer than asking the same question today. Early forms of beer would have been made with herbs, plants, honey and fruit. Hops were added around the seventh or eighth century AD by monastic brewers and it took over a thousand years for brewing to move from small, artisanal breweries to production on an industrial scale.

Bottled beer was introduced in the 1870s and canned beer appeared on the shelves in the 1930s. Today there are thousands of different types of beer, from tiny microbreweries producing a few litres for the locals, to the world-renowned global powerhouses present in every fridge, pub, bar and supermarket shelf in the world. So how is beer produced in a factory? You’re about to find stout…

The Saga of Lager - How Beer is Made 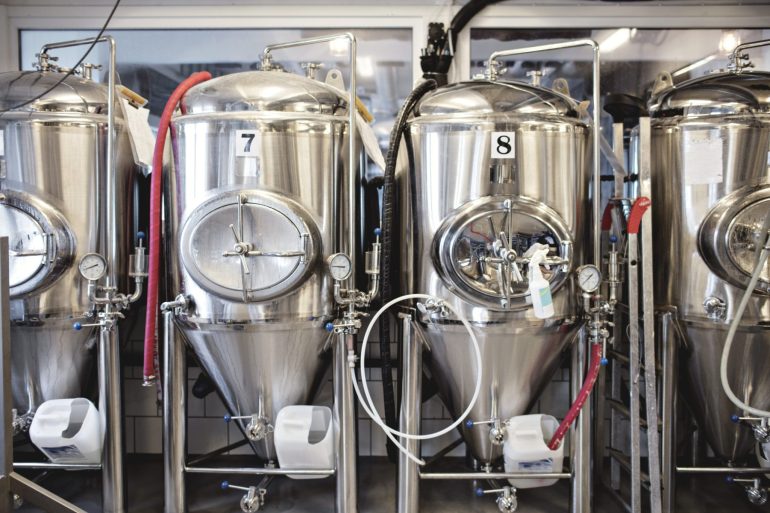 At its most basic, the answer to the question ‘how is beer made’ is that it is a mixture of four simple ingredients – water, yeast, hops and malted barley. Yet as anyone who has ever drunk beer will attest to, it’s a little more complex than that.

The variety, colour and flavour of beer is affected by the proportions, specific ingredients, brewing temperature and even the type of water used. Here is the answer to the question on everyone’s lips – ‘how is beer made step by step?’

The barley grains are steeped in water for up to three days (with the water being changed daily) and then they are stirred and aerated which causes them to germinate. This process releases enzymes including malt diastase which converts the starch into sugar ready for fermentation.

Germination can take anything up to a week. As soon as it’s ready, the barley is roasted – a process known as kilning. The roast time goes a long way to determine the colour and flavour of the finished product. Once the kilning is complete, the grain is known as malt.

The second step on the journey of answering ‘how is beer manufactured’ is the milling. The malt is lightly crushed (literally separating the wheat from the chaff) into something resembling fine oatmeal. This is known as grist.

Next, the grist – or milled malt – is transferred to a large stainless steel or copper vat known as a mash tun and mixed with hot water – known in the brewing trade as liquor – and left to soak. In the mash tun, enzymes convert the starch in the grist to sugar. The sugar dissolves and what you are left with is a sweet, sticky liquid known as wort. The nutritionally-rich solid grain remains are filtered out in a tank called a lauter tun and they are given – or sold – to farmers for animal feed.

How is beer produced in a factory? Well, after the malting, the milling and the mashing comes the boiling. The sweet wort is transferred into a large kettle called a copper and this is when the hops are added. In fact it’s when the hops are added that determines the taste of the beer. If they’re added right at the beginning of the boiling process they give the beer a bitter taste. If they’re added in the middle of the boil they give the beer a wonderfully intense aroma.

The hopped wort is then cooled to around 17°C and filtered. This is where we get to the most critical part of the entire process of how beer is made.

The liquid is poured into a fermentation vessel and brewer’s yeast is added to the mix. The yeast converts the sugars into carbon dioxide and alcohol. The type of yeast used can dramatically affect the flavour of the beer

When the sugars have fermented the yeast will either rise to the top of the tank (ale yeast) or sink to the bottom (lager yeast). Now you’ve got beer!

However, we’ve still not completely answered the question ‘how is beer produced’. There are a couple more steps to go.

Before beer can be canned or bottled, it needs a little time to mature so that all the flavours have an opportunity to blend together. Lager is stored for longer than ale because of the type of yeast used. In fact the word lager comes from the German verb ‘lagern’ which means ‘to store’.

When it’s ready, the beer is packaged into bottles, cans, kegs or casks – which may also involve carbonation depending on the beer the brewery is making – and then it’s ready to be boxed up and shipped out.

This most certainly answers the question ‘how is beer made step by step’. 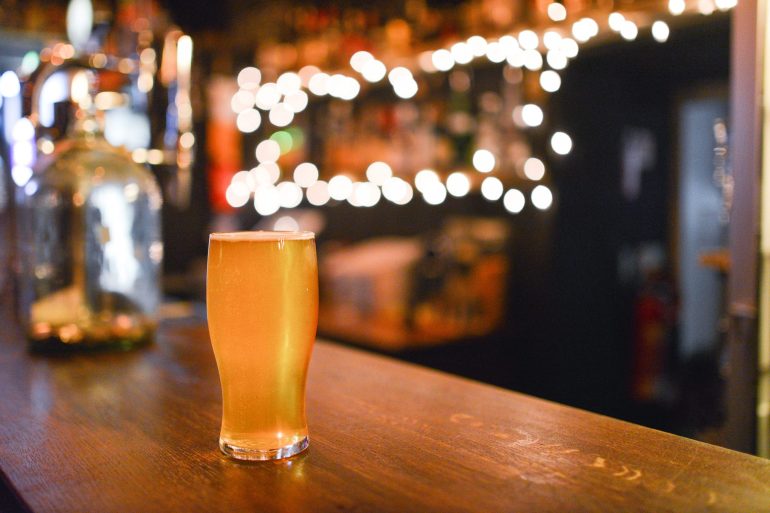 Before we go we told you we’d tell you what zythology is. It’s the study of beer and beer brewing. A zythologist is someone who understands the intricacies of beer, how beer is made and what beers go with what foods. Yes, really!