Bread is the world’s oldest food, excluding plants and animals that can be foraged and hunted. It has been with us in one form or another for something like 30,000 years. So when you’re toasting your telera or buttering your baguette, have you ever wondered how bread is made? Read on to find out the answer to one of the world’s oldest questions - how is bread produced?

Bagel, pitta, focaccia, naan, brioche, sourdough, ciabatta…the list goes on and on and on. Bread is eaten by almost every culture on Earth, and has been for thousands of years.

It’s vital to human survival, and it may be no understatement to say that without bread, our way of life wouldn’t be the same. So how is bread manufactured? You’re about to find out.

Bread is more than just food, in fact it has a deep cultural significance all over the world. It’s used as a synonym for money, it plays a prominent role in many of the world’s religions, it’s even given as a gift with salt to bless a new home. The word ‘lord’ is actually taken from the Anglo-Saxon word hlāfweard, which translates as ‘bread-keeper.’

So how do they make bread and how was it made in the past? It’s believed that the earliest form of bread-making is from around 13,000 BC and took place in what is now Jordan. From around 10,000 BC – when humans became agricultural – wild wheat, barley and plant roots were used to make the forerunner of modern bread. Later, cracked grains were mixed with water and heated to form a type of primitive porridge. The Ancient Egyptians (and other civilisations around the world) realised that heating this mixture – which also included naturally-occurring yeast – resulted in bread.

Fast-forward to the Middle Ages and bread was usually made at home until entrepreneurial locals offered big ovens for people to use, and bakeries were established. In the eighteenth century, a mechanism was invented by a Swiss miller to mass produce white flour.

So while bread has been around in one form or another for thousands of years, the answer to the question ‘how is bread made’ has changed beyond recognition. What hasn’t generally changed though, are the ingredients used.

How Bread Is Made - The Ingredients 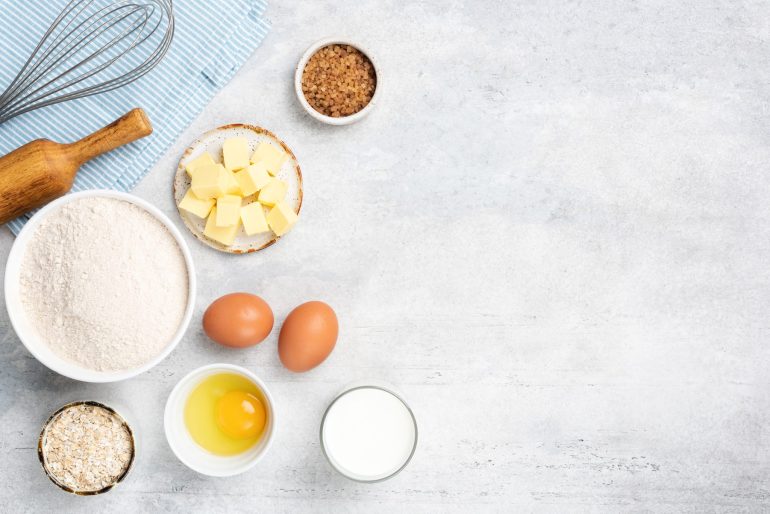 The story starts in a wheat field. The wheat is harvested and then ground into flour. For wholemeal flour, the entire grain is used (the outer later known as bran, the reproductive part known as the germ and the core known as endosperm). For white flour, the bran and germ are removed. However, the two discarded elements contain much of the grain’s nutrients, so white flour is often enriched with additional vitamins and minerals. The flour is produced in mills and then delivered to the manufacturing plant in huge tanker trucks.

The remaining ingredients to make white bread are water, salt, vegetable fat and yeast, the rising agent. Today, using these ingredients, bread is made on a huge scale all over the world, but how is bread produced in a factory?

How Bread is Made - The Mixing 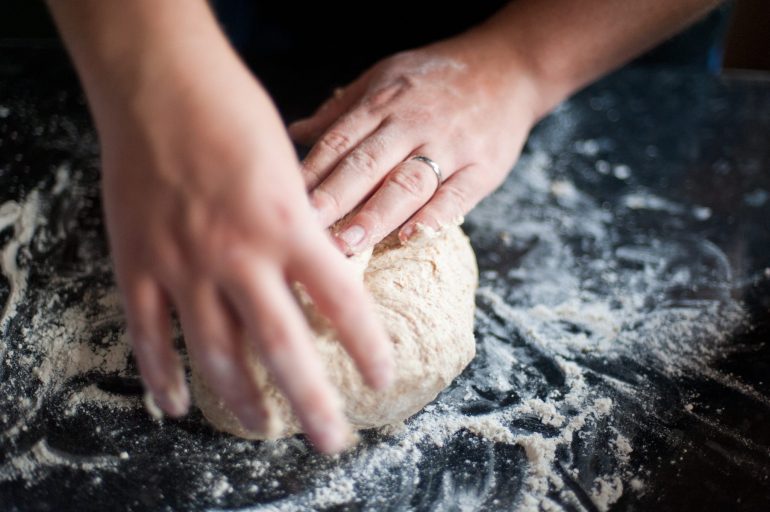 The ingredients in their exact quantities are pumped from their silos into a giant mixing tank, where they are mixed for about five minutes. The resulting dough is then inspected by hand and eye for the right consistency and elasticity. Some bread experts can even tell when the dough is ready by the sound it makes as it moves around in the mixer.

How Bread is Made - The Proving

As the dough comes out of the mixer, it’s cut into small pieces and kneaded. At home, you’d do this by hand, but in a factory it’s done by machine. The dough is passed upwards through a spiral machine which kneads the dough (activating the gluten in the mixture to give the finished product structure and texture) and then it’s left to prove.

When we ask ‘how do they make bread’, we talk about the ingredients and the mixing and baking, but proving is perhaps the most important element of the entire process.

Proving is quite scientific but in essence, it means leaving the dough at room temperature to get fermented by the yeast within the mixture. This process breaks down the flour in the dough and produces tiny bubbles of carbon dioxide that cause the dough to rise.

We’re almost finished answering the question ‘how is bread manufactured’ but there are still a few more steps which must be taken before it ends up in your toaster at home.

After the first prove, the dough is formed into the final shape of the finished loaf, and dropped into individual loaf tins. It then needs another prove, at a warmer temperature with high humidity. This returns the elasticity to the dough.

How Bread is Made - The Baking 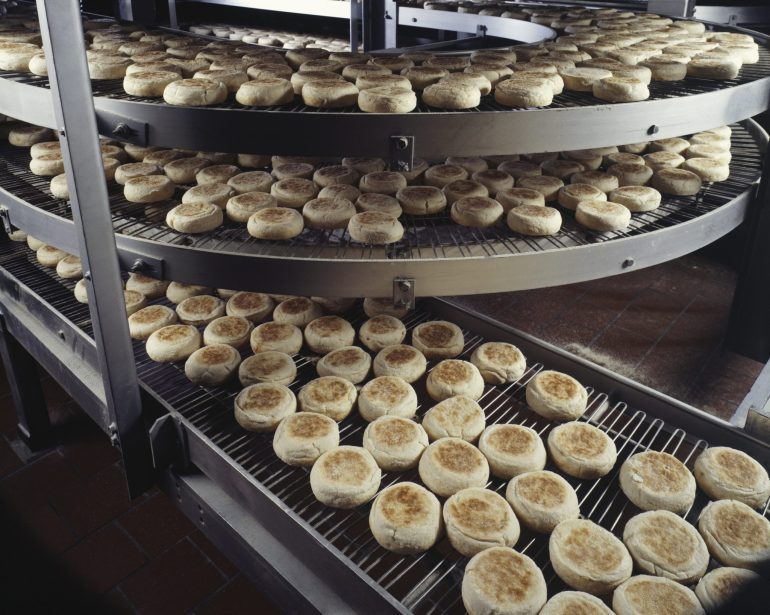 After the harvesting, mixing and proving, now comes the best bit. The baking. The tins are passed through a tunnel oven (which can be as much as 50 metres long) and here, the bread is baked perfectly. You can’t slice hot bread so it’s left to cool for a few hours. This is when the crust emerges.

Random loaves are selected for quality control, to ensure they’re cooked all the way through and they’re the correct weight. If all is well, then it’s off on another conveyor belt where they are sliced, bagged and sealed, ready to be packed up and shipped out.

From start to finish the entire process takes around four hours. Of course the process will differ slightly depending on the size of the bakery, and the type of bread that’s being made. However, when you’re making breakfast and someone asks you ‘how is bread produced’, this is the core method of bread production and answers the key question of how bread is made.