How are Tennis Balls Made?

Millions of people all over the world play tennis, from professionals to club players and those of us who play for fun in the park when Wimbledon is on! When we watch tennis we pay attention to the players, their rackets and even what they’re wearing, but rarely, if ever, do we pay attention to the balls. Read on to find out how tennis balls are manufactured.

The first tennis balls were made in the 1870s after Charles Goodyear pioneered vulcanised rubber. In the early days of the sport they were just rubber balls. A flannel covering was added, and it stayed this way until a more uniform ball was required as the game got more professional.

Tennis balls were white until 1972, when it was deemed yellow balls were more visible on television. Today, they are a vital component of the game, but how do they actually manufacture and produce tennis balls? 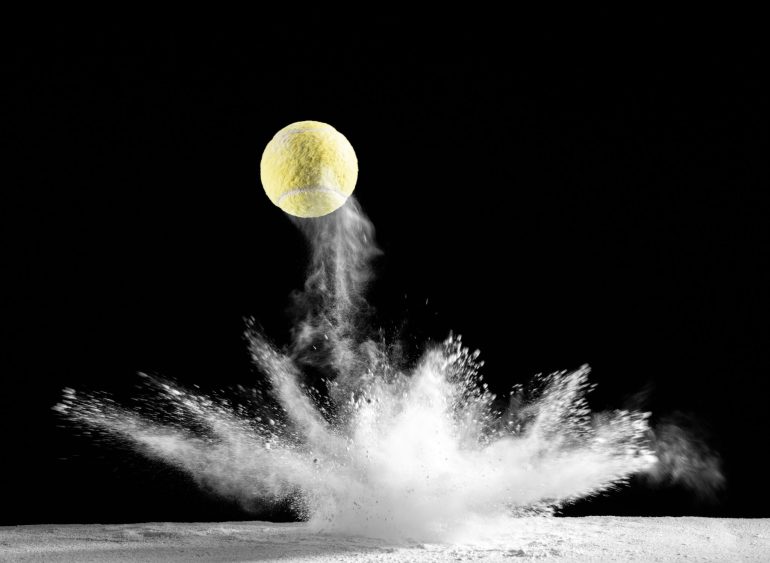 Impact and rebound of a ball of tennis (Photo: Jose A. Bernat Bacete via Getty Images)

According to the International Tennis Federation (ITF), the diameter of competition-standard tennis balls must be between 6.54cm and 6.86cm, the circumference must be between 20.6cm and 21.5cm and they must weigh between 56g and 59.4g. They are expected to perform with uniform consistency and to extremely high standards.

As with all types of sporting goods – including cricket balls – each individual manufacturer has their own specific ways of doing things. However, the processes for making tennis balls are very similar regardless of which company is making them.

How do you make a tennis ball? Well, it all starts with the rubber. Most of the rubber used for tennis balls comes from Thailand, and is mixed with up to 10 or more additional substances until the blend is perfect to use. The rubber is then passed through rollers to give it a harder, less elastic feel. From this compound, small pellets are pressed and it’s these small rubber pellets that will form the shape of the ball.

The rubber pellets are put into a mould and heated up to around 155°C. They are then machine-pressed at a pressure of approximately 160kg/cm2 into a perfect half-sphere and an adhesive is added to each edge.

This is where the real science happens in the process of how tennis balls are manufactured. The halves are loaded into a hydraulic press and joined using heat and pressure in what is known as vulcanisation. It forms an unbreakable connection. Just before they come together, pressurised air is added which conforms to the correct pressure, as laid out by the ITF. This is known as the core. Interestingly, balls used at high altitudes will have less pressure than balls used at – or near – sea level.

In a large rotating drum lined with sandpaper, the cores are spun to rough up the surfaces and the balls are then covered in glue, ready for the furry cover.

The individual felt blend differs between manufacturers but it could be that the material is one third nylon and two thirds wool, as wool returns to its original shape better than nylon. The felt is cut into shapes, known in the trade as ‘dog bones’, covered in glue and each ball is then wrapped in two pieces of material either by machine or by hand (which is deemed to be more accurate, albeit slower).

There are a few final elements that answer the question ‘how do you make a tennis ball.’ First, the balls are rolled through a machine to get any air bubbles out between the core and the material. Next, the balls go through another process of vulcanisation where the felt is firmly bonded to the rubber core, which creates the famous curved seam. The balls are then steam-dried in a machine called a ‘fluffer’ to rough up the surface and then – after being quality controlled for size, weight, bounce height and pressure – they are printed with the manufacturer’s logo and packed into pressurised cans ready to be used. 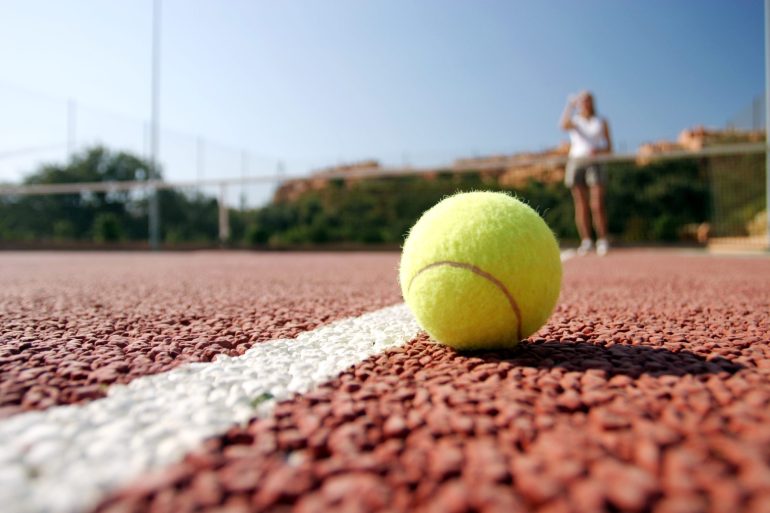 The net result is a perfectly uniform tennis ball ready to be taken through its paces by the world’s best players. But whether it’s the world’s top seed or a knockabout on a local court, the quality and precision of the ball is a key component of the game – and how a tennis ball is made is a vital element of the sport itself.