How Are Raisins Made?

The ancient Egyptians are believed to have used them as food, to treat ailments and even for paying their taxes. They’re healthy, nutritious and incredibly delicious. But how are raisins made? Read on to find out.

Raisins are the ultimate culinary chameleon. They’re fabulous in cookies, fruit cakes, salads, ice cream, covered in chocolate and even in coleslaw. You may already know that raisins are dried grapes, but that’s not the full story. So, how are raisins produced?

The world’s largest suppliers of these succulent, sweet snacks are Turkey, Greece, Iran, the USA and Australia, with a combined output of over 1.2 million tonnes every year. Here, we’ll answer the question on everyone’s lips: How do they make raisins?

A Short History of Raisins 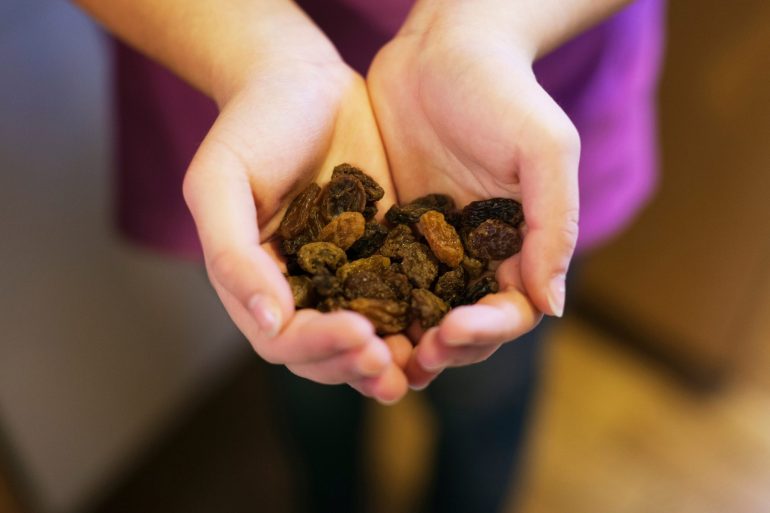 Before attempting to answer ‘how are raisins made’, it’s worth looking at how they were discovered. The truth is, it’s entirely likely that they were an accidental discovery; that somebody found some fallen fruit dried by the sun and popped it into their mouth to find it had become deliciously sweet. As for when they were discovered, it’s believed that raisins were in production in Egypt and Persia as early as 2000 BC.

Fast-forward to the 1800s and the Spanish introduced grapes to the US. There, in the hot desert climate of California, the first raisins were grown from the 1850s.

Raisins even played a role in both world wars, featuring as an ingredient in ‘War Cake’. This included flour, raisins and spices in place of scarce, rationed ingredients like butter, milk, eggs and sugar. It was popular with soldiers since it was both a sweet treat and offered a quick burst of energy.

So, now we’re familiar with how raisins were used in the past, let’s look at their modern day production. How do they make raisins today?

How are Raisins Made? 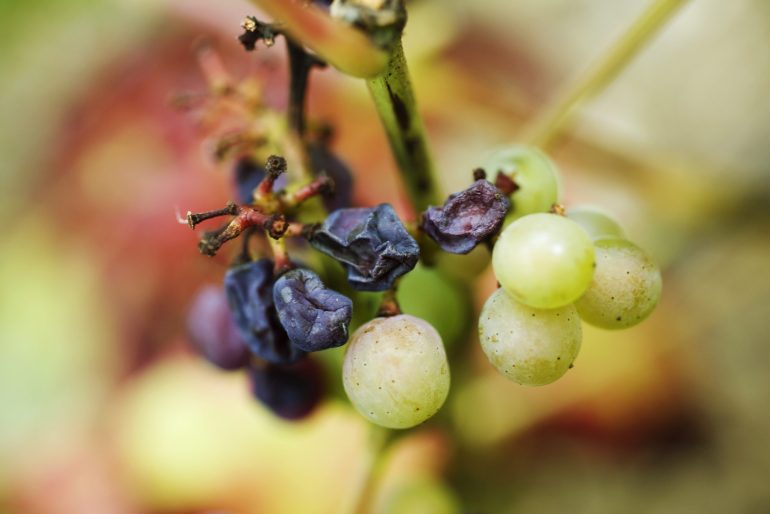 A variety of different grapes can be used to make raisins. By far the most popular raisin grape is the Thompson Seedless, responsible for around half the world’s raisins. It takes four tonnes of fresh grapes to make one tonne of raisins. As for ‘how are raisins made’, the process is fascinating.

In terms of answering ‘how are raisins made from grapes’ , the first step is harvesting. The grapes are handpicked between late August and the end of September, when they are considered to be at their optimum sweetness.

Some would say that drying the grapes is the definitive step in ‘how are raisins produced’. There are three main drying methods:

During the sun drying process, the soil is levelled out and the grapes are left on trays to dry for between two and four weeks. During this time, their water content decreases from 75% to under 15% and the grapes change colour to a shade of brownish-purple. Sun drying has the benefit of being inexpensive. However, it’s also slow and exposes the fruit to possible contamination including insect infestations and microbial deterioration.

The shade drying process stores the grapes on racks and relies on ambient air to dry the fruit. Like sun drying, it takes a long time and is also labour intensive.

For large volume production, mechanical drying is far more efficient and easier to control. The process uses microwaves to evaporate the grape’s water content. Once the raisins have been dried, they’re boxed and sent to a processing plant. You might think that’s the end of the matter, but there’s still a way to go before these raisins end up in your Danish pastry! The next steps aren’t so much about how raisins are made, so much as how do they make raisins fit for sale. 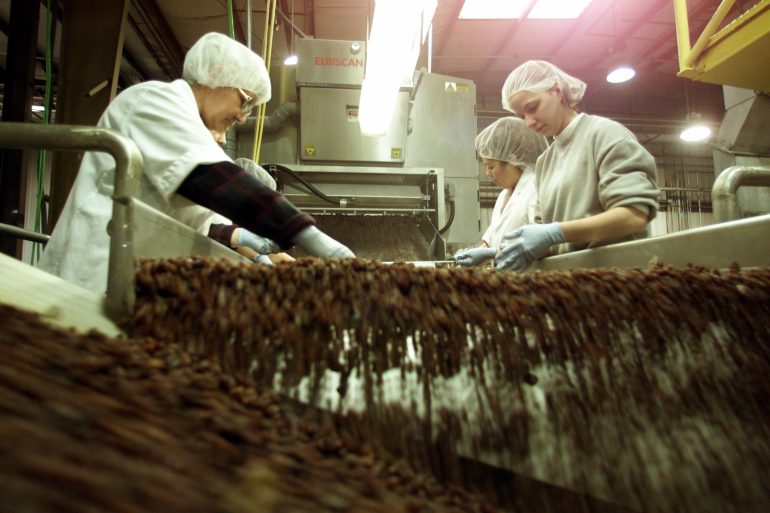 The dried raisins are shaken and cleaned to remove dirt and debris and to ensure there’s no contamination. Any immature grapes are removed using suction. Metal detectors are then used to find and remove any metal particles that may have found their way into the batch. At this point, some, if not all the raisins may still be in a bunch. They pass through a giant shaker which removes them from the vine. 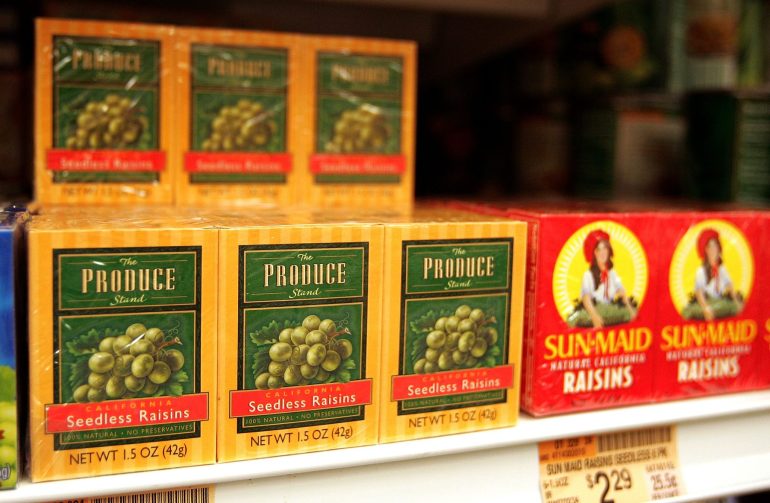 Boxes of raisins in a store (Photo: Tim Boyle via Getty Images)

Once the raisins have been processed, they’re sorted according to size and packed up. Depending on their intended use this might be in the small cardboard boxes you may remember from school packed lunches, or it could be in huge 500kg containers for industrial bakeries.

And that’s the final step in answering the question of ‘how are raisins made from grapes’, it must be time for a raisin muffin and cup of tea!