How are Pickles Made?

In your burger, atop a pastrami on rye, straight out the jar or even fried pickles known as…you’ve guessed it…frickles, pickled cucumbers have been around for thousands of years, but how are pickles produced? Read on to find out about how pickles were central to the beauty regime of one of history’s most famous women and we’ll answer the question on everyone’s lips - how do they make pickles?

Pickling is one of the oldest methods of food preservation. It is believed the ancient Mesopotamians began to steep Indian cucumbers in an acidic brine over 4,000 years ago as a way to keep them from going bad.

When it comes to the question of ‘how are pickles made’, the answer is broadly the same today as it was then. The most popular cucumber for pickles is the Kirby which is short and firm with a bumpy skin, but you can basically pickle any vegetable you like!

A Short History of Pickles

How were pickles invented? Well, it seems that there’s no definitive answer, though it’s generally accepted that the ancient Mesopotamians (residents of modern day Kuwait, Iraq, Syria and Turkey) were preserving all sorts of food in acidic solutions of brine and vinegar around 2,400 BC. Another claim to the creation of cured cucumbers was that they were developed for the workers who built the Great Wall of China.

Bizarrely, the story of pickles is interwoven with some of history’s most legendary names. Egyptian queen Cleopatra is said to have believed that pickles were essential to her health and beauty. Julius Caesar included pickles in the rations of his soldiers, believing it made them physically strong, as did Christopher Columbus to his sailors 1,500 years later.

And if you’ve ever wondered where we get the word ‘pickle’, it comes from the Dutch ‘pekel’ and the German ‘pokel’ which both mean brine.

The Process of Perfect Pickling 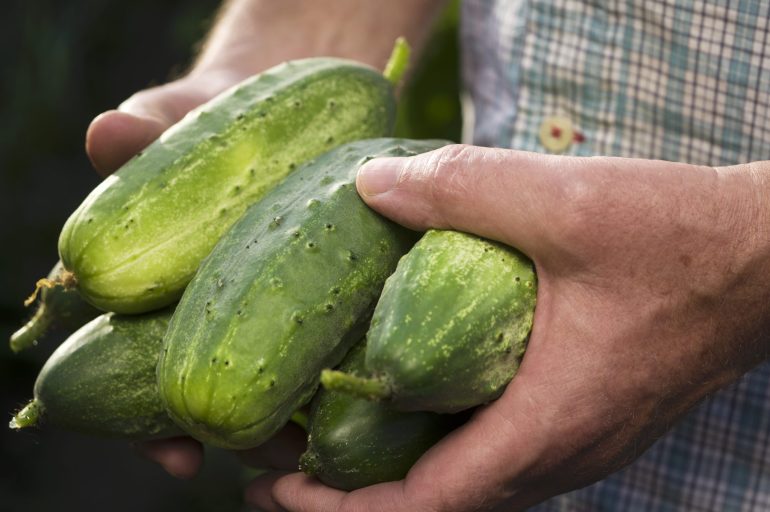 It all starts with the star of the show – the cucumber. After they are harvested they are taken to a factory where they are cleaned and inspected. Any damaged or rotting cucumbers are removed (and are used for composting rather than being thrown away) and they are sorted according to size. Then, they’re taken to large refrigerators to maintain their freshness until they’re ready to be processed.

This is the first step in answering the question ‘how are pickles produced’ but there’s a long way to go until they end up in your burger! 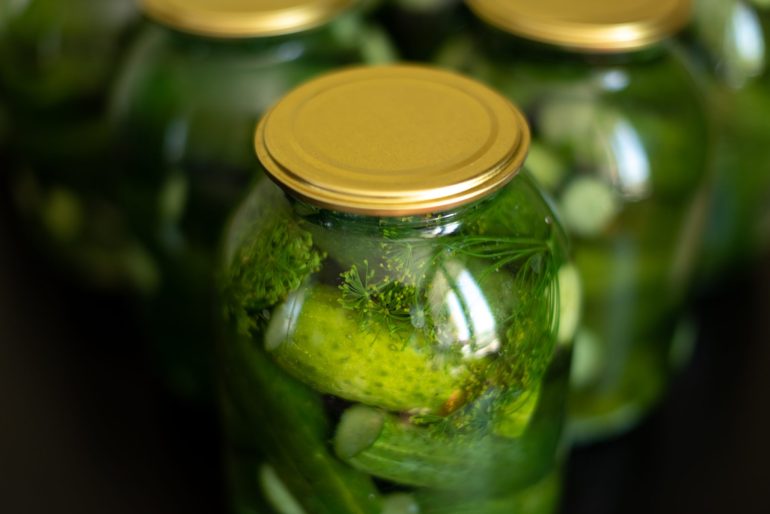 One of the most important steps on the journey of how pickles are made is how a regular cucumber turns into a pickled cucumber. This is done by a process called fermentation.

From the refrigerators, the cucumbers are transferred into huge, air-tight tanks (some can hold over 18 tonnes) and they are filled with a brine solution of – usually, dependent on the individual manufacturer – 90% water and 10% salt. They’re kept there for up to a month or more. Interestingly, the bacteria present in cucumbers is halophilic, or tolerant to salt, and these bacteria help to break down the vegetable’s natural sugars and produce carbon dioxide. To prevent a CO2 build up, the tanks are regularly degassed.

Vegetables that are preserved this way have a very long shelf-life. 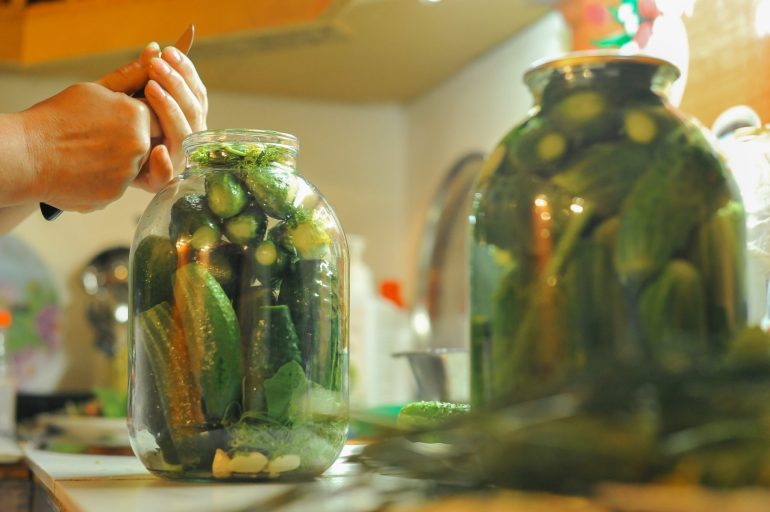 The brine is then drained away and the cucumbers – now officially pickles – are thoroughly washed to remove any remaining salt residue and the question ‘how do they make pickles’ has almost been answered.

The next stage in the process is the slicing and dicing. Depending on the intended use, some pickles are left whole, some are cut into spears and some are diced, chipped or sliced. After they’ve been cut every which way, they’re placed into glass jars.

As with all food manufacturers, very rarely – if ever – will they tell you their exact recipes – but the jars are fed along a conveyor belt where they are filled with a pickling liquor. This will consist of amongst other ingredients water, salt, vinegar and sugar as well as spices such as mustard seeds, coriander seeds, allspice, cinnamon, cloves, peppercorns and herbs, especially dill. 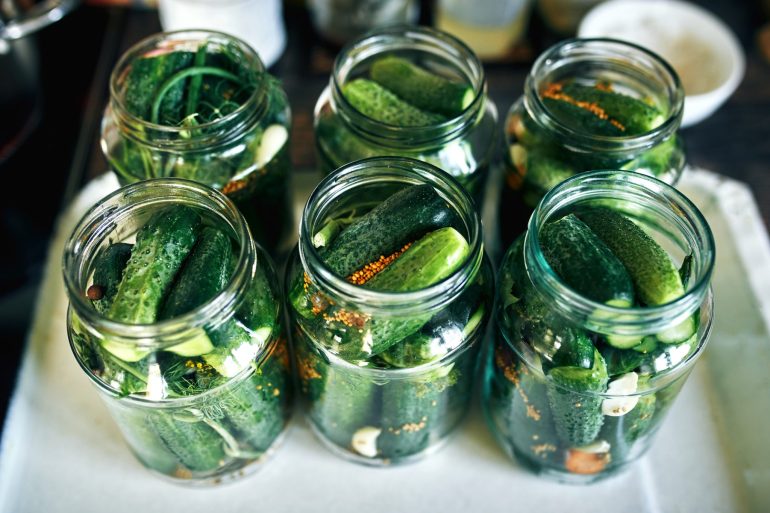 Finally in the process of answering ‘how are pickles made’ is the pasteurisation. Very few of us can eat an entire jar of pickles in one go so they need to last a while.

Pasteurisation involves exposing the pickles to very high temperatures in order to either kill off or inactivate the organisms that are tolerant to acetic acid. This process extends the shelf-life of the pickles from a few days to a few months or more.

The jars are then vacuum-sealed (all the air is removed) which preserves the crisp taste and eliminates contamination from microorganisms. You know when a jar of pickles has been vacuum-sealed when you hear that satisfying ‘pop’ when you open it.

The process of using vacuum-sealed containers is itself one that stretches back into history. In the early nineteenth century, Napoleon Bonaparte offered a prize of 12,000 francs (roughly £200,000 today) to anyone who could come up with a way to preserve food for his soldiers, and French inventor Nicolas Appert suggested putting food into glass jars and removing the air before sealing them. The jars would be subjected to intense heat and the contents would be preserved. This is essentially the same process still used today.

Finally, having been vacuum-sealed, the jars are labelled, packed up and shipped out to supermarket shelves. And that’s how pickles are made. 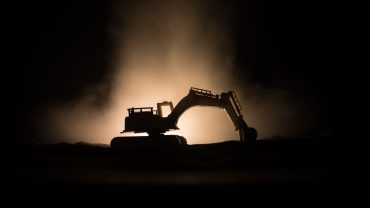