How are Pencils Made?

There can’t be a schoolchild in the world who hasn’t used a pencil but how many have ever stopped to ask how pencils are made? It is estimated that over 14 billion pencils are made each year and amazingly the manufacturing process has changed very little since the middle of the sixteenth century. Read on to find out the answer to the questions ‘how are pencils produced’ and ‘how are coloured pencils made.’

The humble pencil is one of the most ubiquitous items in the world and in one form or another they have been used for thousands of years.

Our prehistoric ancestors used charred sticks of wood (what we know today as charcoal) to draw pictures on animal hides and cave walls. In fact the most famous cave drawings in the world – in the Lascaux Caves in France – are 17,000 years old and were drawn with very similar coloured pigments to the ones we use today. But if you’ve ever wondered how pencils are manufactured today, then read on to discover the details of this fascinating process.

A Short History of Pencils 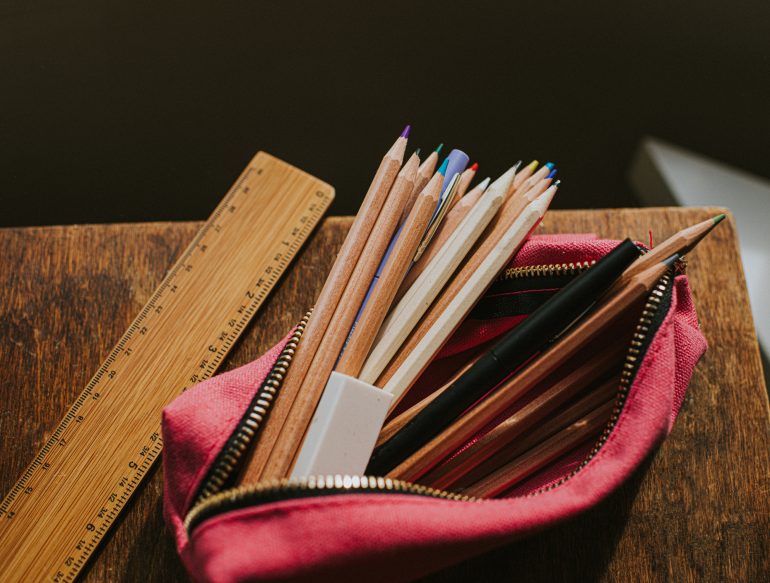 Both the ancient Greeks and ancient Romans used lead to draw on papyrus. However, the template for the modern pencil – from the Old French ‘pincel’ meaning ‘little tail’ describing artists’ camel hair paint brushes – wasn’t created until the sixteenth century.

In the beautiful Lake District town of Borrowdale, a huge deposit of solid and pure graphite was discovered and, mistaking it for lead, it was cut into sticks and wrapped tightly with twine. These were known as lead pencils, even though pencils have never contained lead. Even today we call them lead pencils.

But how are pencils produced? Around the middle of the sixteenth century, an Italian couple named Lyndiana and Simonio Bernacotti produced pencils by hollowing out tubes of juniper wood and inserting a stick of graphite. Their technique was improved upon by the end of the 1500s by using two halves of wood and gluing them together. Indeed the process of how pencils are made is effectively the same today as it was 500 years ago, albeit with a little more mechanical intervention.

Here is the process of how pencils are manufactured.

How Pencils are Made 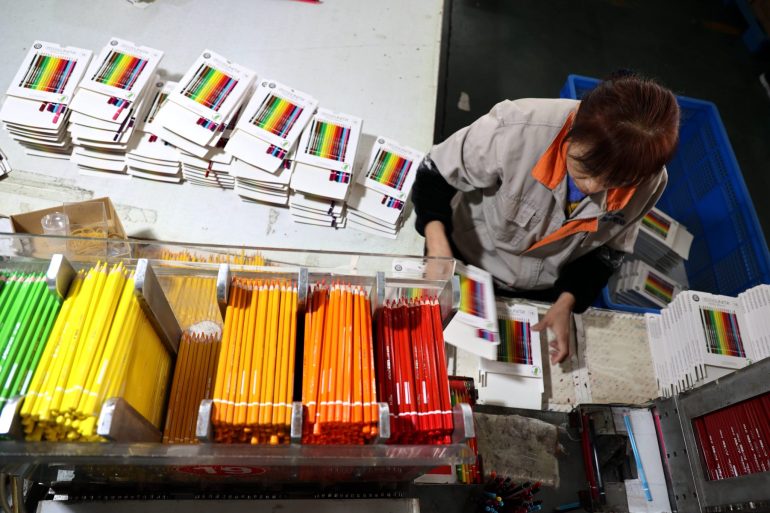 The first step on the journey of how pencils are manufactured is the processing of the graphite. Large chunks of graphite are placed into a large rotating drum along with clay and the machine crushes the mixture into powder. Then water is added and the resulting paste can be left to slowly churn for anything up to three days.

After the churn, all the water is squeezed out of the mixture which is then left to dry and harden. Days later, the solid sludge goes through a second phase – it’s ground into a fine powder and mixed with water once again, resulting in a smooth paste. This paste is then fed through metal tubes and out the other end comes thin sticks known as leads which are sent along a conveyor belt to be dried.

Next, the leads (even though they don’t contain any lead at all) are kiln-fired at a temperature approaching 1,000°C (1,800°F) which makes them very hard and incredibly smooth. Perfect for writing.

If you want the answer to the question ‘how are coloured pencils made’, the process is almost exactly the same, but instead of graphite in the mix, different proportions of coloured pigments, adhesives, wax and binders are used instead.

Virtually all pencils are made of wood from the California incense-cedar tree. Depending on the manufacturer, the wood is delivered pre-processed (dried, stained and waxed) or in its raw state and processed on-site.

The wood is cut in strips called slats and each slat is around 20cm long, 6mm thick and 7cm wide. They are planed to make them smooth and then fed through a cutter which makes parallel semi-circular grooves (usually eight) in each slat.

The slat runs through another machine which applies a layer of glue and drops one lead into each groove. Almost instantly, a second slat is laid on top, sandwiching the lead. These ‘sandwiches’ are usually left to dry overnight.

We’re almost through answering the question ‘how are pencils produced’ but there are a few more steps before they end up in your pencil case.

One the glue has dried, the slats are run through a cutting machine and each pencil (known as a barrel) is cut from the block. Again depending on the manufacturer, the individual pencils are either rounded or trimmed into a hexagon by fast-revolving steel blades and then smoothed.

Each pencil can receive up to eight coats of paint. Once the paint, manufacturer’s stamps and hardness indicator have been applied to the side, the pencil is varnished to give it a beautiful shine.

As we mentioned, the process of how are coloured pencils made is virtually the same but during the finishing stages, the pencil is painted in accordance with the colour of the lead. Finally, they are machine-sharpened, boxed and shipped out all over the world.