How are Oats Made?

Porridge, oatmeal biscuits, muesli, granola, muffins, even milk and flour - oats are one of the world’s oldest and most versatile foods. They date back over 30,000 years when they were hand-ground by palaeolithic hunter-gatherers, most likely in modern-day Asia or Africa, but how are oats made today? Read on to find out about how oats became one of the most widely-eaten foods in the world.

Avena sativa, or the common oat, were eaten by Neolithic and Bronze Age people. They were cultivated in Roman times while Northern European Teutons and Gauls used oats to make gruel – the rather unappetising dish of oats boiled in water or milk – later made famous by Oliver Twist who had the audacity to ask for more…

Today, over 25 million tonnes of oats are produced every year, led by Canada, Russia, Poland, Spain, Finland and the UK, but how are oats produced in a factory? You’re about to find oat. Sorry, out. 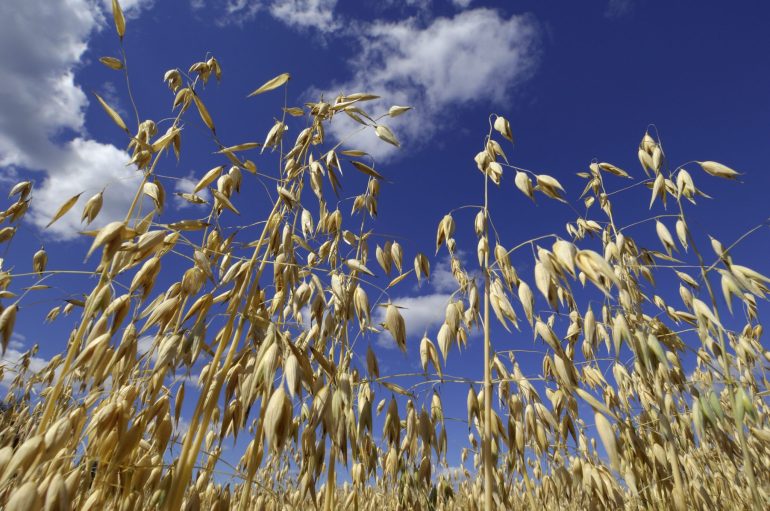 Oats in a field (Photo: Raimund Linke via Getty Images)

Oats have been eaten in one form or another for thousands of years, though they were often mistaken for weeds growing among wheat and barley crops and discarded. It is said that the ancient Romans called the Germanic tribes they were at war with ‘oat-eating barbarians’.

For centuries, oats were considered to be useful for nothing more than horse feed. It wasn’t until the mid-nineteenth century when Ferdinand Schumacher, who became known as The Oatmeal King and founder of one of the companies that eventually became Quaker Oats, started marketing and selling oatmeal as a hearty breakfast.

Oats grow extremely well in colder, northern European climates and have a much greater tolerance to rain than other cereals like wheat, barley or rye. This allows them to thrive in Ireland and Scotland, all through Scandinavia and as far north as Iceland.

Indeed how oats are made – or rather how oats are grown – varies on location. As an example, oats grown in Scandinavia have a brighter golden colour due to the long daylight hours in summer. But how is oatmeal produced? Here’s your step-by-step guide to how oats are made. 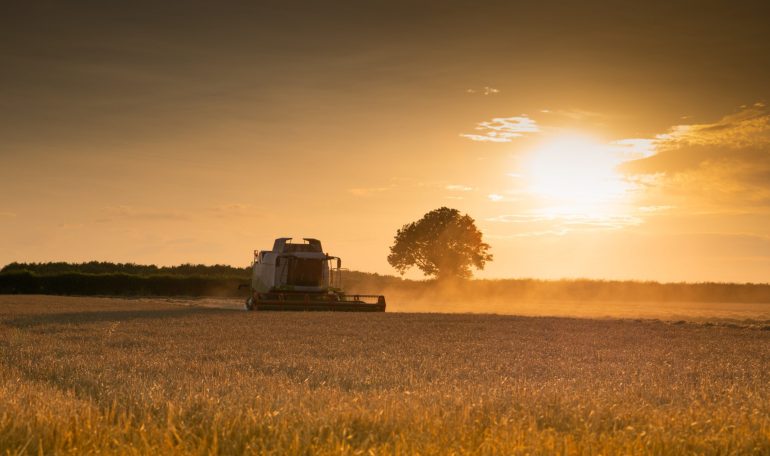 Generally speaking oat plants are harvested in late summer. A combine harvester separates the oats from the stems and they are then sent to the mill to be processed. As oats have a higher fat content that the majority of other cereals grains it’s important they’re processed as quickly as possible to prevent them going rancid. 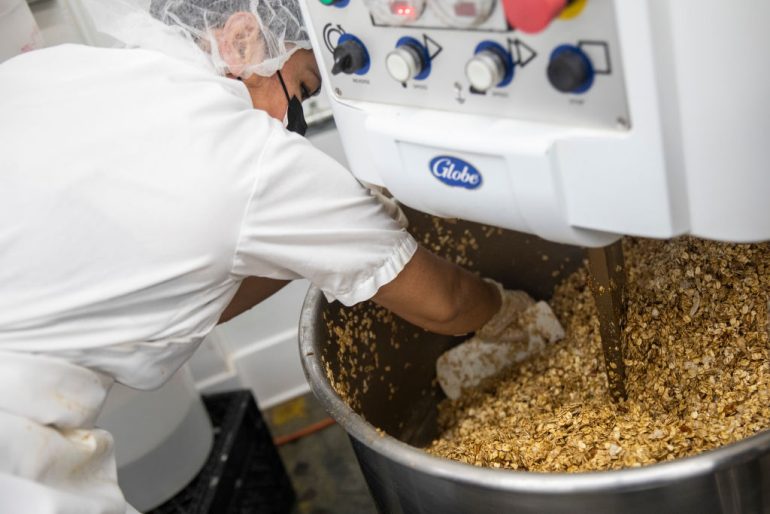 Once the harvested oats arrive at the milling plant they’re washed and sieved to remove any impurities such as small stones, sticks and other grains. From there they are stored in silos ready to be processed. This is the start of the answer to the question ‘how are oats produced in a factory’ but there’s a way to go before they end up in your porridge bowl on a cold winter’s morning. 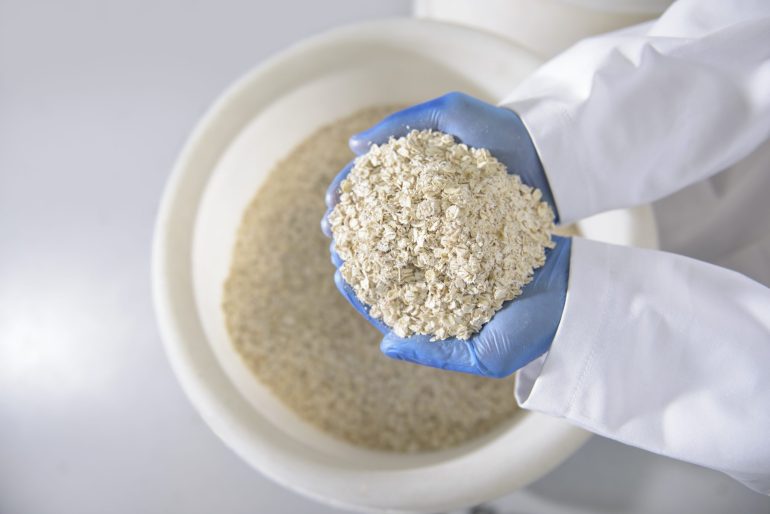 This is perhaps the most important step on the journey of how oats are made. Oats are what’s known as whole grains, so they are placed inside a rotating drum and centrifugal acceleration is used to separate the outer hulls from the oat kernels, known as groats.

The outer hulls aren’t required for the production of oats but they’re not discarded. They are used in animal feed or even as a biomass fuel to power boilers used in the production process. Next, the groats are cleaned and then they are ready for roasting. 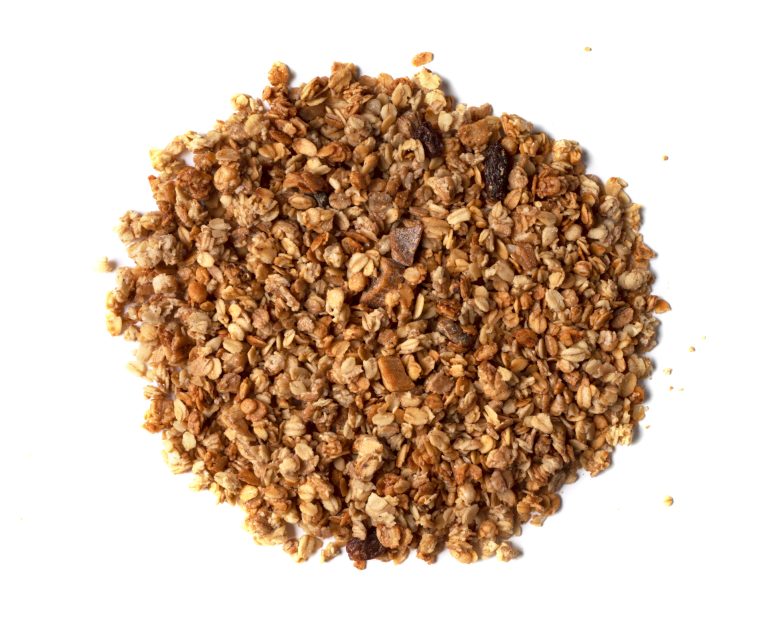 Actually, this process is known as kilning. When we answer the question ‘how is oatmeal manufactured’, the kilning is how the finished product gets its wonderfully nutty flavour and aroma. The heat removes the remaining moisture from the groats as well as deactivating the enzymes that cause the fat to break down which causes a deterioration of flavour and very quickly, rancidity.

If you’re asking ‘how are oats made’, we’re almost at the end of the production line. The last thing that needs taking care of is the milling.

The type of milling is entirely dependent on the finished product. For tiny oatmeal known as pinhead oatmeal, steel blades are used to chop the roasted groats into small pieces. For medium or fine oatmeal or oat flour, the groats are ground down between very heavy stones and the gap between the stones can be changed to produce a variety of different textures.

For classic porridge oats, the groats are steamed and then fed between two rollers rotating at the same speed but in opposite directions. Again, the space between the rollers can be increased or decreased to change the size of the oats.

Finally, the oats are sealed in bags, boxed and shipped out which is the final step in the process of how oatmeal is made.