How are Lollipops Made?

Whether given as a treat at the end of a visit to the doctor or just as a sweet snack, everyone’s a sucker for lollipops. But have you ever wondered how do they make lollipops? We’re unwrapping all the facts about just how lollipops are made.

When were lollipops invented? And who invented them? Some say cavemen used sticks to take honey from beehives. Others attribute them to ancient civilisations such as Egypt or China, who are said to have placed honey-covered fruit and nuts on sticks. More recent examples include the boiled sweets placed on sticks in 17th century England. In truth, the origins of the lollipop may never be known for certain.

What we do know is that the early 20th century saw the beginnings of modern lollipop production. For example, the first automated lollipop manufacturing is said to have been established by the Racine Confectioners Machine Company in Wisconsin in 1908. That same year, confectioner George Smith began making sweets on sticks he called lollipops, a term he trademarked in 1931.

How are Lollipops Produced in a Factory? 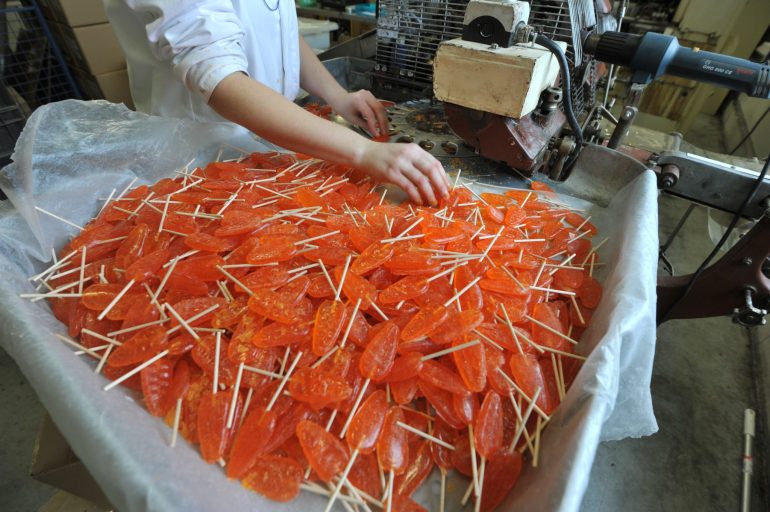 In terms of how are lollipops made in factories, most lollipop production today is highly automated. Human intervention levels vary depending on the factory, but is still required for both quality control and often for operational tasks such as ingredient dosing.

Most lollipop manufacturing is done on a large scale. For example, just one Chupa Chups factory produces around seven million lollipops every day. The process itself is relatively simple, but due to volume and hygiene requirements, it incorporates numerous machines and enormous vats, conveyors and lots of stainless steel components.

How are Lollipops Made? 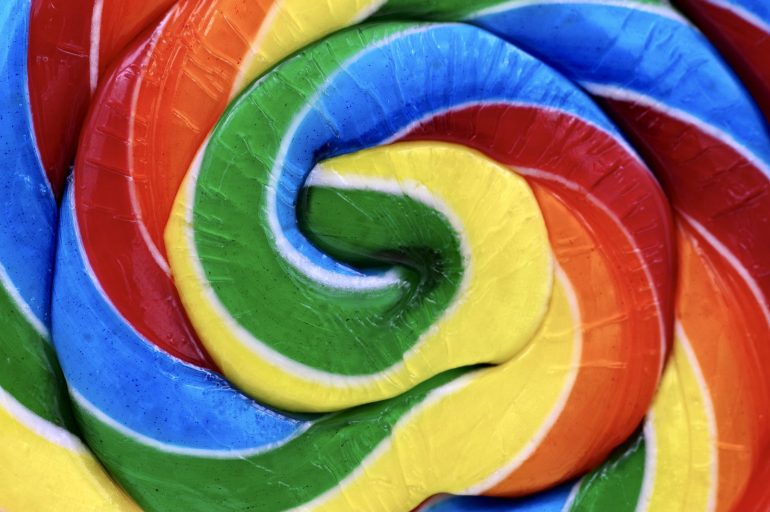 Sugar and corn syrup are the cornerstone of how lollipops are made. Processes and other ingredients may differ from one manufacturer to the next, but these two ingredients are almost universally the basis of lollipop production, along with water. Other common ingredients include:

Ingredients are usually transported to the factory by tanker. In some cases, sugar is transported in granular form, but then removed from the tanker by diluting it with water. So, once all the ingredients are in situ, how do they make lollipops?

The first step is to mix the sugar and corn syrup in an industrial mixer heated to around 100 degrees centigrade. This temperature allows the sugar to dissolve without burning the mix. The result is a sugar glucose syrup. More mixing follows, with the addition of other ingredients such as food colouring.

When it comes to how lollipops are produced in a factory, cooking is key. The mix is heated once more, this time to around 130 degrees centigrade within a vacuum. Under these conditions, any excess moisture is evaporated and bubbles prevented so that, by the end of this process, the result is a colourful, shiny dough.

Copper kettles are frequently used in the cooking process as they allow a high level of accuracy and consistency in temperature control. This is especially important when working with sugar, which is prone to cracking and burning.

The gooey doughy substance is emptied from the cooker and onto a flat surface such as a table or container, ready for the flavouring stage.

Flavouring lollipops can include artificial or natural flavours as well as a mix of the two. Such flavouring is often added by hand and many manufacturers use fruit purees, often from concentrate. In addition, citric or malic acid is added to give lollipops their tangy notes.

Some manufacturers mix flavouring into the dough by hand, others by using a machine known as a kneading table. The latter squeezes, rolls, pounds and manipulates the dough so as to mix in the flavouring, which usually takes about five minutes.

Cooked, flavoured and mixed, the dough is ready to be shaped. So, how are lollipops made into spheres or cylinders? First, rollers flatten the dough before it passes through an extruder to shape it into a long snake-like form. This is conveyed into a die forming machine, which comprises correctly shaped moulds to form the lollipop, simultaneously inserting the lollipop stick.

If you have ever noticed that lollipop sticks usually have a hole near the top, this is where that comes into play. The still-malleable lollipop mix fills that hole, thus binding it onto the stick, a bit like a hook.

The lollipops are now fully formed and are conveyed through a cooling machine to bring them to room temperature and harden them, ready for packaging.

Packaging is also done by machine, with the lollipops transported via conveyer belt, then wrapped from a cellophane roll.

How Lollipops are Made: Wrapping Up 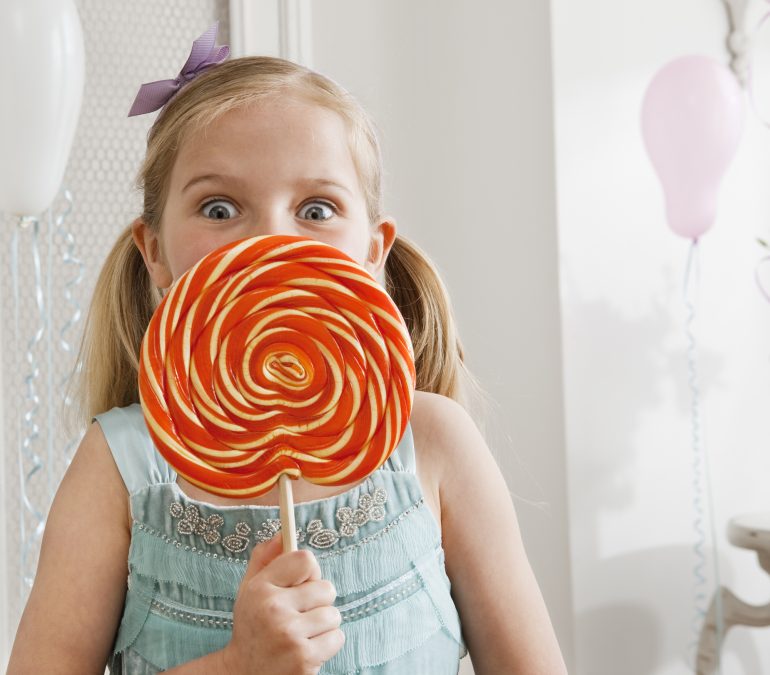 And that’s a wrap on how lollipops are made. In answering “how are lollipops produced in a factory”, we’ve looked at every step from assembling raw materials to uncovering the truth behind the little hole in lollipop sticks. So, the next time you hear someone murmur “how do they make lollipops”, you can be the smartest in the room.