How Are Batteries Made?

How are batteries made? Whilst most batteries work on a similar premise, how batteries are manufactured can differ depending on their type. So the question “How are electric car batteries are made?” will not have the same answer if asked about, say, alkaline batteries. Let’s explore.

Whether in our laptops or mobile phones, kids’ toys, heart pacemakers or electric cars, batteries are everywhere.

Batteries are portable power packs. Instead of drawing electricity from the mains, they contain everything they need to provide instant power on the go. And they generate it through a chemical reaction.

So, how are batteries made? How are car batteries manufactured and how does that differ from making household batteries?

How are Batteries Made? Understanding Portable Power 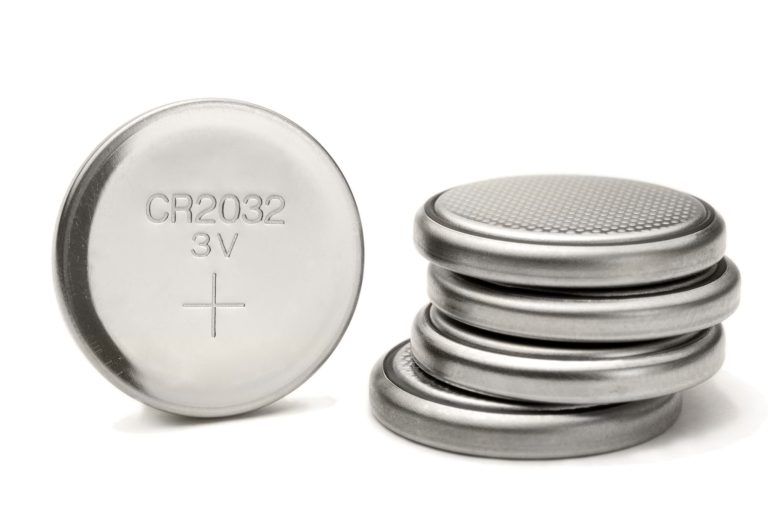 Batteries produce power through a chemical reaction. The key to this reaction is moving electrons. Electrons are the negatively charged particles of atoms and, when they move, they generate power.

How batteries are manufactured achieves this by using two metals or “electrodes” that meet two vital criteria. First, they must be able to conduct electricity and second, they must be different metals from one another. Why two different metals? Because one of them, known as the cathode, will always be more “electronegative” than the other, known as the anode. In other words, it’ll be better at attracting electrons. In a battery, the plus sign denotes the cathode, the minus the anode.

A battery itself is an almost, but not quite complete, circuit. The metals inside a battery are connected by a substance that conducts electricity, known as an electrolyte, but that’s only part of the story. The circuit is closed when the battery is connected to whatever item it is supposed to power by what is called the outer circuit.

But how are batteries made? That depends on the type of battery. We’re going to explore some of the most common batteries used today, answering how are car batteries manufactured and looking at the production of alkaline batteries.

How are Electric Car Batteries Made? 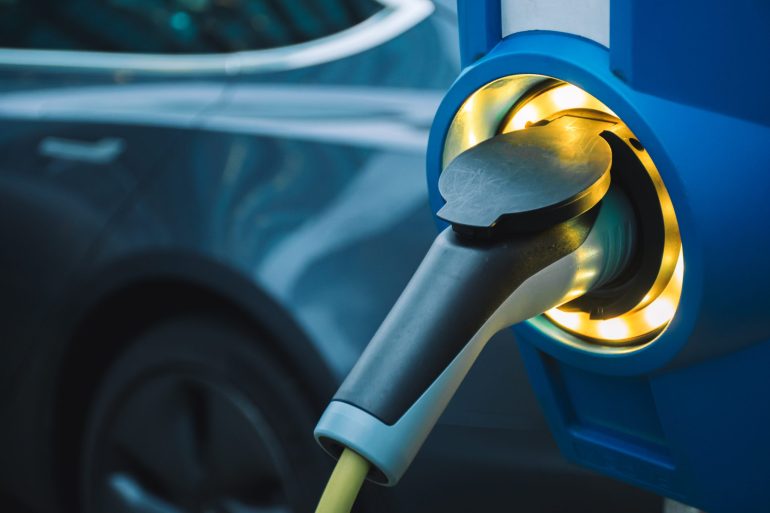 Electric cars are powered by lithium-ion batteries. Often known simply as lithium batteries, these are one of the most common rechargeable battery types. If you’ve got a device with a charger, chances are, it has a lithium battery. When the battery is plugged into the mains, the chemical reaction used to create power is reversed, allowing electricity to travel into the battery instead of out, replenishing its power.

How are Lithium Batteries Made? 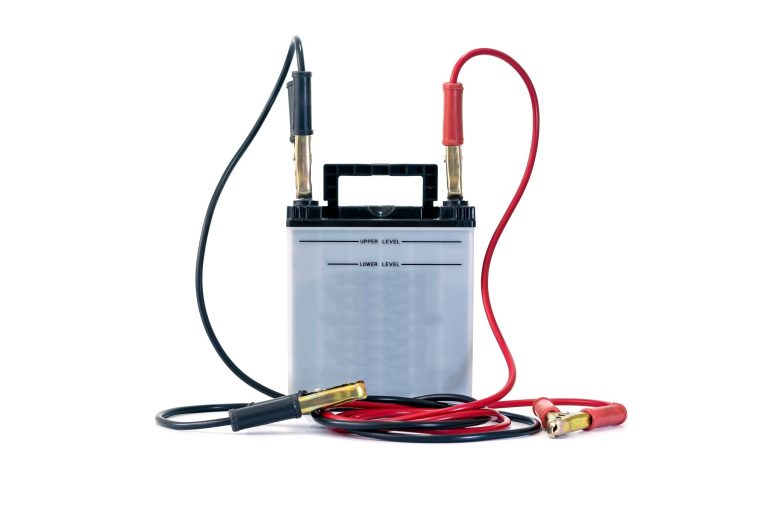 So, how are lithium batteries made? The manufacturing process is complex and highly automated, but can broadly be categorised into three stages.

It begins on an assembly line. A large one. This is where the anode, usually graphite or zinc, and the cathode, generally some form of lithium oxide, are mixed with a conductive binder or electrolyte, forming a slurry. For lithium batteries, the electrolyte in question is usually a lithium salt solution. Next, the anode is encased in copper foil, the cathode in aluminium foil, which is then baked onto them..

To prevent cross-contamination, the anodes and cathodes have been kept separate to this point. And the electrolyte kept in a vacuum to stop it reacting with oxygen. But now, all three are wound together with copper and aluminium wires inside a case. This is the cell, which is then charged and tested.

To make the battery, a number of the cells are welded to plates on both the anode and cathode sides. How many cells in each case depends on the amount of electricity or “amp hours” required. Then, the cells are connected to a safety device known as a battery management system. This monitors the battery’s power level, current and temperature. Finally, all of these parts are placed inside a protective case, usually made of rubber, silicon or plastic and the whole battery is tested again.

How are Traditional Car Batteries Manufactured

We’ve answered the question, ‘how are electric car batteries made?’, but that’s not actually how all car batteries are manufactured. For traditional cars also use batteries – lead acid batteries. Their two metals are both lead, but of different chemical makeup. These are lead alloy and lead oxide plates in a sulphuric acid solution.

How Batteries are Manufactured: Alkaline Cells 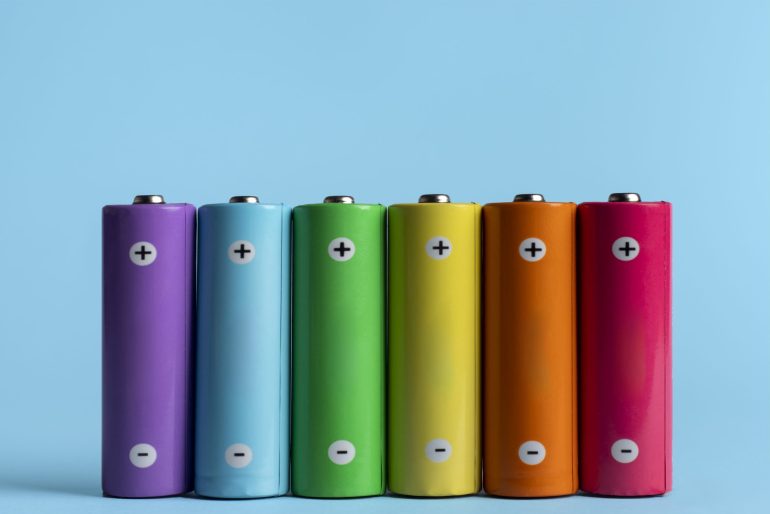 In asking “how are batteries made?” one cannot overlook alkaline cells. Clocks, toys and remote controls are just some household staples that use conventional, non-rechargeable alkaline batteries. These are the Duracells or Energisers you’ll find in the supermarket.

As with lithium batteries, the manufacture of alkaline batteries involves making the electrodes and assembling them in a case, although they are not a collection of cells. Instead, each cylinder is a cell.

In alkaline batteries, the cathode or positive electrode is made using a mix of manganese oxide, graphite and potassium hydroxide in solution. The potassium hydroxide is the electrolyte. All of these are combined in giant containers, the mix then granulated and pressed into rings called preforms. The more preforms are stacked together, the longer-lasting the battery.

To complete the cathode, the mix is inserted into a nickel-plated steel cylindrical container. Containers travel along a conveyor belt and the preforms are inserted into them from above. They are then sealed with bitumen on one end.

Before adding the second electrode, a separator is inserted into the cathode container to cover the preforms. It’s made of layers of paper soaked in the electrolyte potassium hydroxide solution.

Next, the anode is poured into the steel container. This highly toxic gel consists of zinc powder, a gelling agent and the electrolyte solution.

Finally, it’s time to seal the container using a base plate. This has a brass pin attached to it using bitumen. This protrudes into the container and collects the current. The pin and plate are connected and then pressed into the steel container. The anode end of the battery is sealed with plastic and both ends with a metal cap.

The batteries are tested, any faulty ones removed, and then stickers are adhered to them denoting their type and size. Again, this is all highly automated. 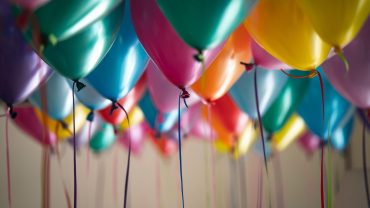 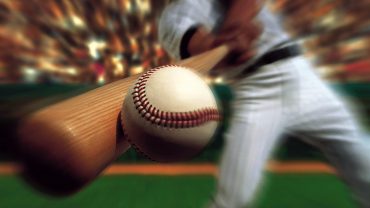 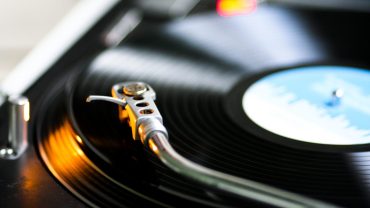 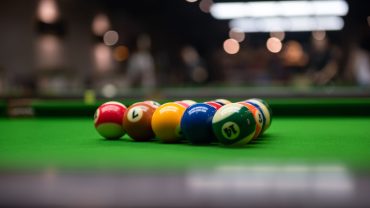 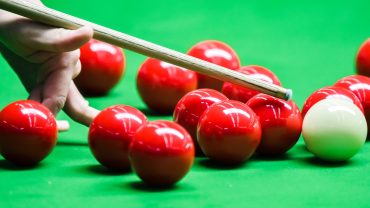 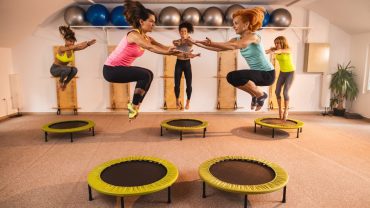 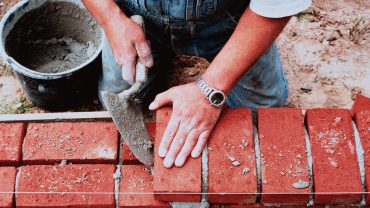 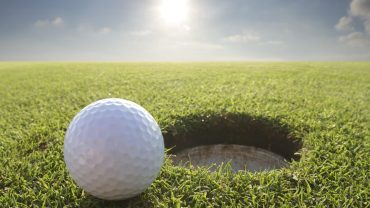 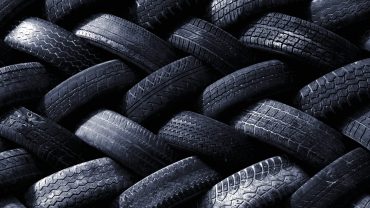 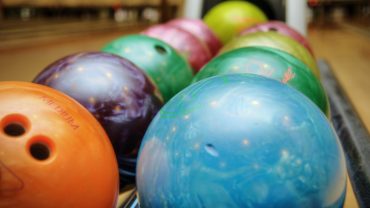 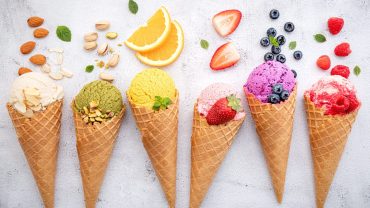 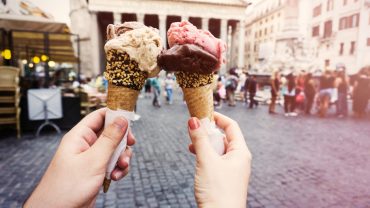