Mountain ranges are an important part of the landscape of the world’s fourth largest continent. But what are the highest mountains in South America? Let’s take a “peak”.

The fourth-largest continent on Earth, South America is uniquely and extraordinarily biodiverse. Its landscapes range in extremes, from Amazon rainforest to the Atacama Desert and, of course, the Andes.

Spread over a range of 5,500 miles through seven nations, this is the world’s longest mountain system. It is also the home of the highest mountains in South America. Hundreds of the peaks of the Andes measure over 15,000 feet, with many being volcanoes rather than mountains.

So, what are the biggest mountains of South America? Read on to find out. 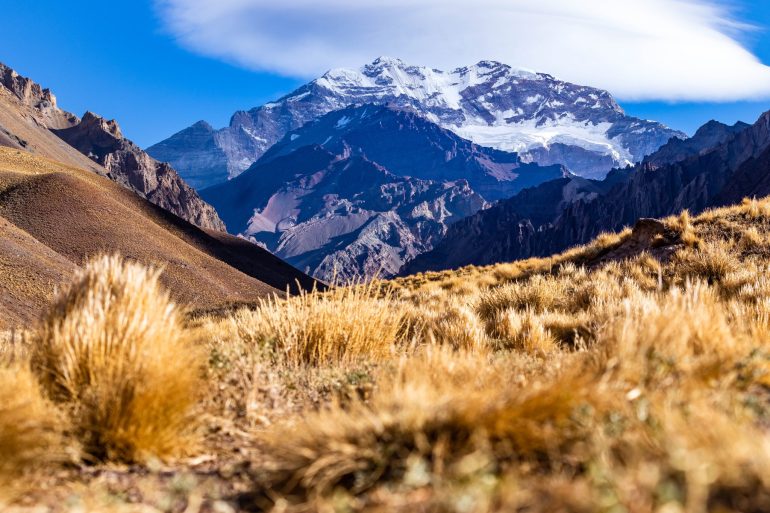 With a summit elevation of over 22,000 feet, Cerro Aconcagua is not only the tallest mountain in South America, but the Americas, the Southern Hemisphere and the Western Hemisphere. Only in Asia does one find a higher mountain. Indeed, it is the second highest of the Seven Summits of the seven continents after Everest. It’s worth noting that its exact elevation, usually stated as 22,838 feet, is a matter of debate.

The mountain gives its name to the Aconcagua Provincial Park in the province of Mendoza, Argentina in which it is located, some nine miles from the Argentine-Chilean border. Part of the Andes mountain range, Aconcagua is a popular destination for mountaineers.

The tallest peak in South America is also home to a number of glaciers. The best known of these is the so-called Polish Glacier, which tends to be the most popular route of ascent. The largest one however is Ventisquero Horcones Inferior, which is six miles in length.

Aconcagua was sacred to the Incas, as verified by the ruins of holy sites they built there. Then there is the famous Aconcagua mummy, the well-preserved remains of a seven-year-old boy believed to have been sacrificed in circa 1500. This frozen Incan capacocha mummy was discovered in 1985 at an elevation of 17,400 feet. 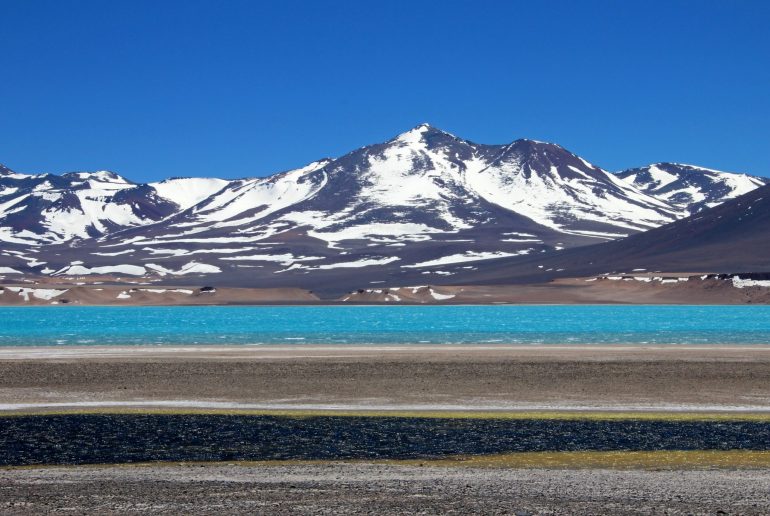 Nevado Ojos del Salado is the world’s highest volcano and the second tallest peak in South America. It rises to a maximum elevation of 22,595 feet, but not as a single summit. Instead, this complex massif volcano is topped by a series of overlapping lava domes, lava flows and over 20 craters. Despite its imposing size, Ojos del Salado is dormant, having last erupted in 750 AD. In 1937 a Polish expedition became the first recorded expedition to reach its summit. Ojos del Salado is part of the High Andes and is located on the Argentine–Chilean border. The arid climate here accounts for its lack of glaciers, snow cover and even much vegetation. 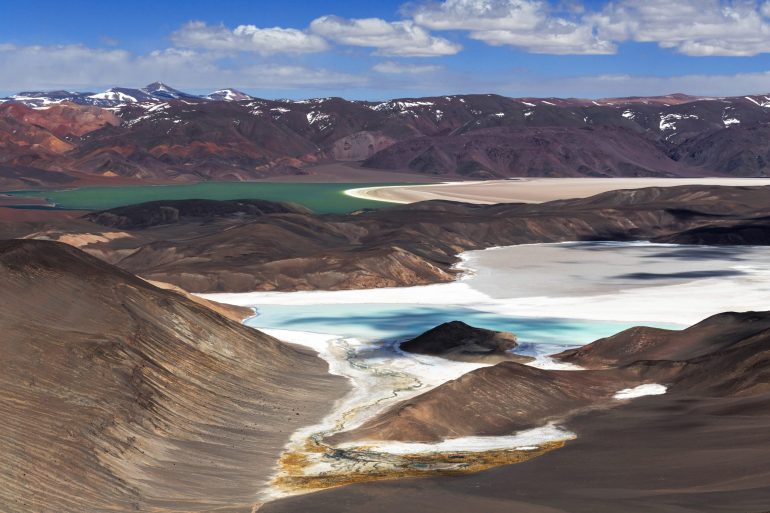 The third highest point in South America and the entire Western Hemisphere is found in Argentina’s Atacama Desert, straddling the provinces of La Rioja and Catamarca. Formed over six million years ago, Monte Pissis is an extinct stratovolcano with four separate summits and a top elevation of 22,287 feet. Despite its desert location, Monte Pissis does have a glaciated summit, albeit a modest one beginning at 19,400 feet. A Polish expedition was the first recorded ascent of Monte Pissis in 1937. 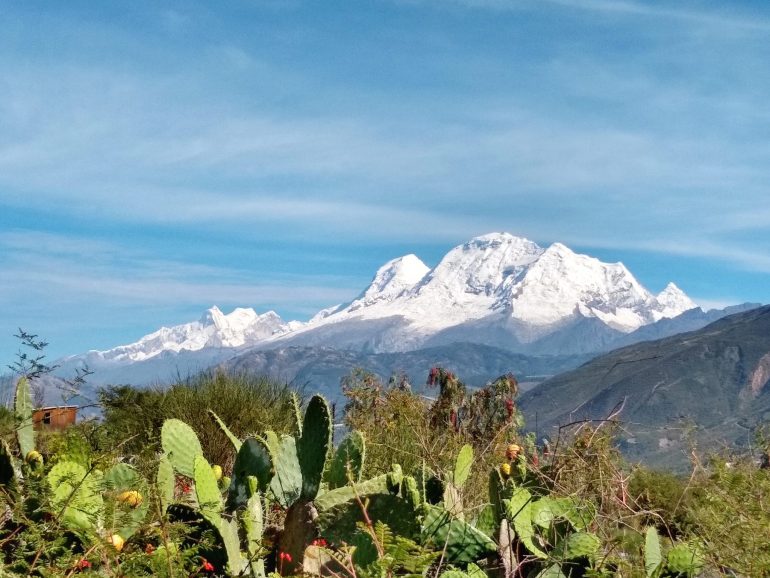 The fourth tallest mountain in South America is known by several names, including Nevado Huascarán and Mataraju, although it is most commonly called just Huascarán. Of its two distinct summits, it is Huascarán Sur, the southern one, that is the highest, reaching 22,205 feet. The north summit or “Huascarán Norte” has an elevation of 21,831 feet. Remarkably, the top of Huascarán is said to be one of the furthest parts of earth’s surface from its centre. This also means it’s one of the places with the lowest gravitational force on Earth at around 32 feet per second squared.

And that’s not the end of Huascarán’s claims to fame. It is part of the Cordillera Blanca or “white mountains” of the western Andes, renowned as the highest tropical mountain range in the world. What’s more, between 1989 and 2018, it was the site of the record for the world’s highest dinner party. It’s considered at least a moderately difficult climb and its first recorded ascent was in 1932 by a German–Austrian expedition.

The mountain is situated in the popular Huascarán National Park in the Peruvian province of Yungay. Over the years, the area has been prone to severe avalanches and earthquakes. 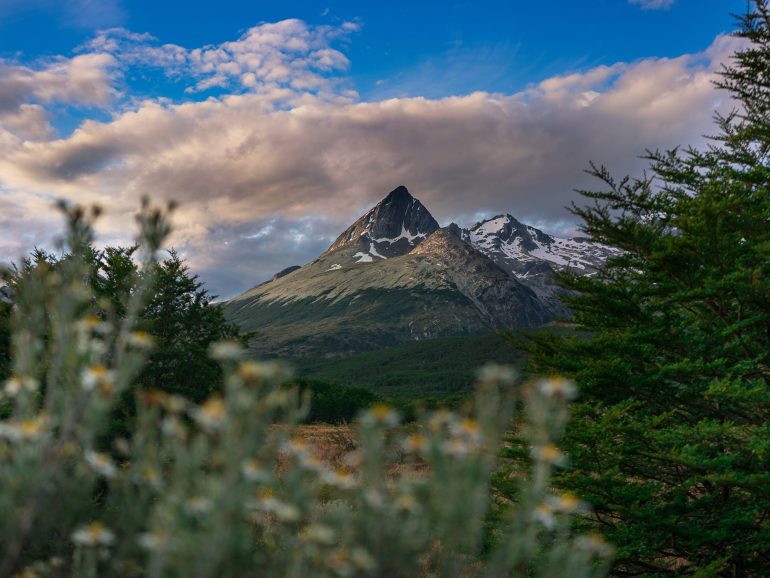 The fifth highest mountain in South America is Cerro Bonete. There are actually several Cerro Bonete volcanoes and locations in South America, often leading to confusion. The one in Argentina’s La Rioja province has an elevation of around 22,175 feet. It has a broad summit, with five peaks. 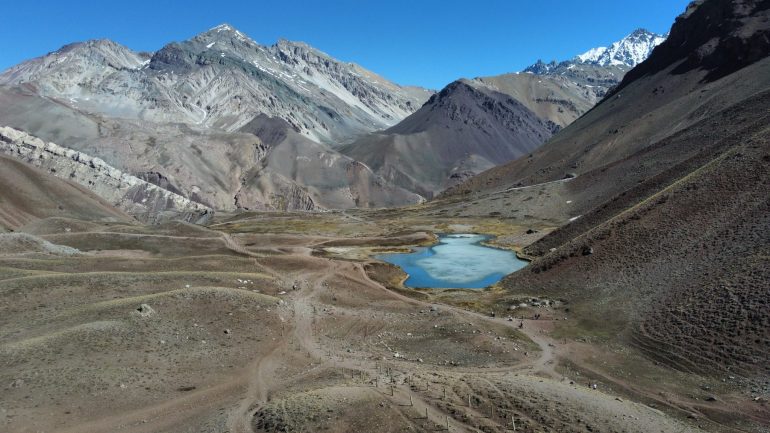